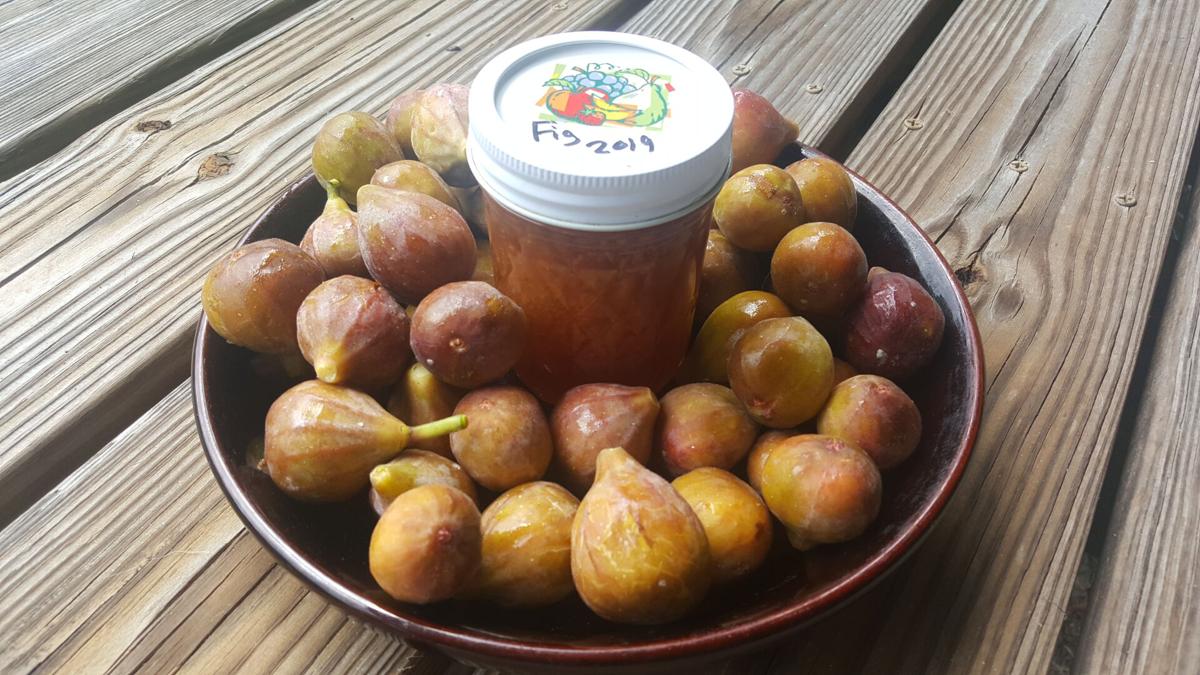 To get the longest shelf life out of your fig crop, the go-to approach is to make fig jam. 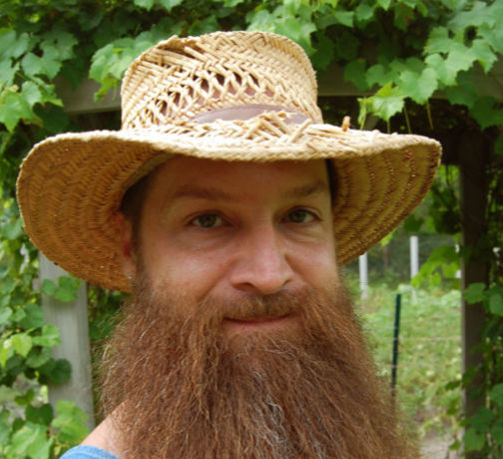 The “common fig” has been cultivated and highly regarded across many cultures since ancient times.

Originating in the Middle East, it is but one of hundreds of species of figs. The common fig is referenced repeatedly in the Bible, but the archaeological record shows that humans cultivated figs in the Jordan Valley at least 11,000 years ago.

Here in the Pee Dee region of South Carolina, figs flourish in our hot, sunny climate. Right now, the fig trees are laden with heavy, plump, brown fruits dangling from the twisty tree branches. The trees are commonplace throughout the suburbs, inner cities and rural areas.

Most of the fig trees around here are Brown Turkey cultivars, but there are many other different varieties.

Technically, figs are not fruits. They’re false fruits. These sweet, moist, edible plant parts are botanical structures called syconia, which are hollow, fleshy structures lined inside with tiny flowers. They are soft and sweet, and if you’ve never eaten one, you don’t know what a delicious treat you’re missing!

I planted a fig tree near my house 13 years ago. Now, it is almost 15 feet high and 20 feet wide. In late July and early August, there are so many figs that we often pick a gallon a day, and there are plenty more that get eaten by birds and deer.

With that many figs, preserving the bumper crop is a necessity. A person can only eat so many fresh figs a day.

You can dry the figs in a dehydrator, but in my experience, they end up more like hard rubber than the soft, pliable dried figs found in the supermarket. Not only are store-bought figs a different variety, but they’re treated with chemical preservatives and processed differently than simple air drying.

Some people bake with figs. With minimal baking experience, you can make a homemade version of fig bars (the generic equivalent of the famous ones named after the town of Newton, Massachusetts). Or, try more exotic recipes that pair figs with goat cheese, chocolate or meat.

But those preparations aren’t really preserving figs; they’re cooking with figs. To get the longest shelf life out of your fig crop, the go-to approach is to make fig jam. To make fig jam, all that is needed is minimal equipment and basic ingredients.

To begin, wash your pint or half-pint canning jars and submerge them in a large pot of water. Bring the water to a boil and then simmer the jars for at least 10 minutes. Unlike what most people call it, this isn’t sterilization, it’s sanitization.

Nest, ladle some of the hot water into a dish or small saucepan and put the canning jar lids in to soften up the sealing compound on them.

While the jars are in simmering water, add 5 cups of chopped figs, 7 cups of sugar, a half cup of lemon juice and a half cup of water to a large pan on the stovetop. Add one box of pectin (available in many supermarkets or corner stores) and stir it all together. Heat the mixture to a boil while constantly stirring. Stir it quickly for at least a minute while the mixture is at a full, rolling boil. Then remove it from the heat.

Take a jar out of the simmering water and dump out the hot water. Ladle the hot fig jam into the empty jar, leaving a quarter to a half inch of headspace. Headspace is the gap between the top of the jam and the rim of the jar. Clean the rim of any jam, and place a warm lid and ring on the jar. Screw the ring on hand-tight, and then invert the jar on a towel on the countertop. Repeat this for the remaining jars (the recipe will make about 4 pint jars) and leave them inverted for at least 5 minutes.

What I have described is the inverted jar technique for canning jam. Although it has been employed safely for more than 100 years, some people opt for the boiling water canning method instead. In that method, you submerge the filled jars, with the lids and rings on, in a pot of water so that the jars are at least 2 inches underwater. Bring the water to a boil and remove the jars after 10 minutes of vigorous boiling.

Either way, the lids on the cooled jars should be tightly sealed against the rim of the jar. The lid will be sucked down and not come off when the ring is removed. The finished jam can sit for years on a shelf at room temperature. Some minor discoloration may occur over time, but it’s fine to eat as long as the lid is sealed.

Fig jam is excellent on buttered toast or added to plain yogurt. Spread it on crackers with soft cream cheese, mascarpone, or chevre. Or, use it as a sweet glaze for roasted or grilled meat.

No matter how you use it, I guarantee it will be figgin’ awesome!