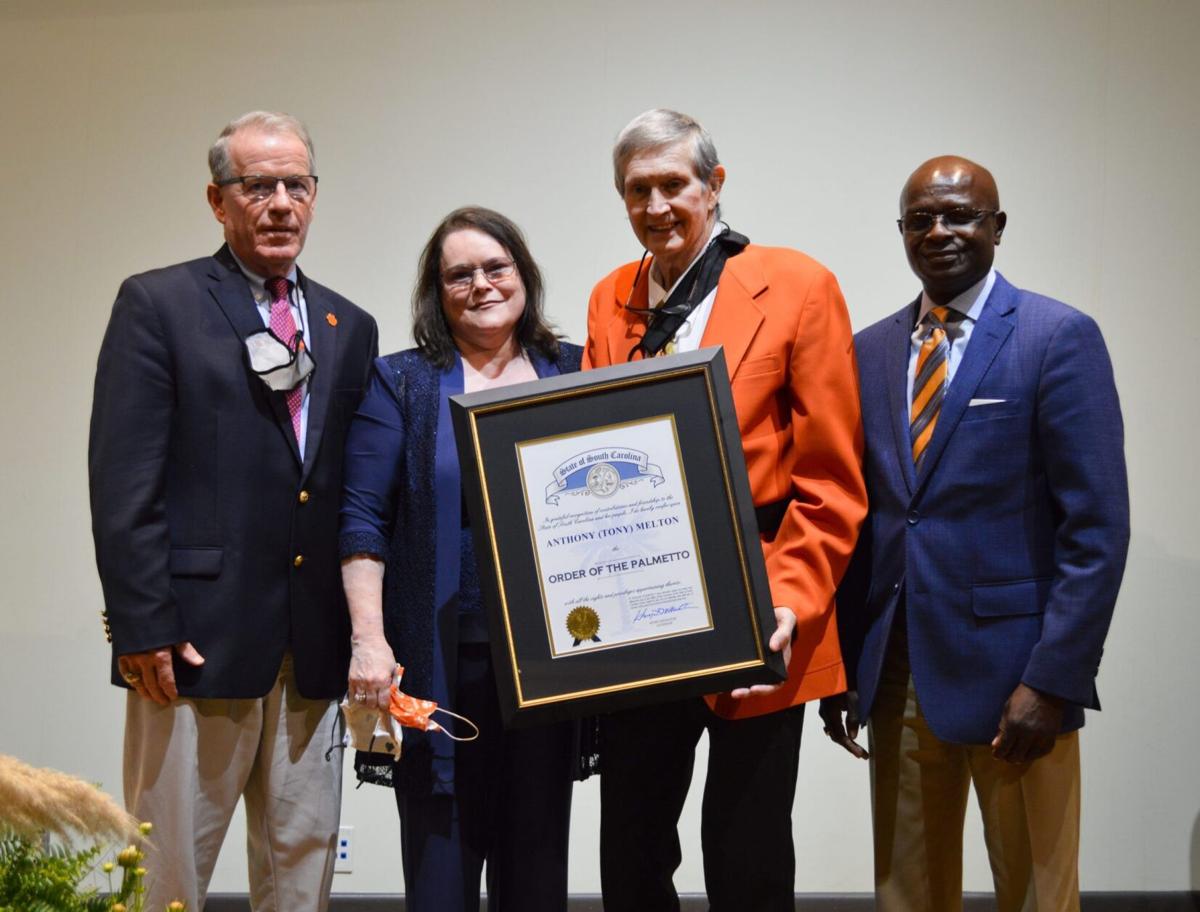 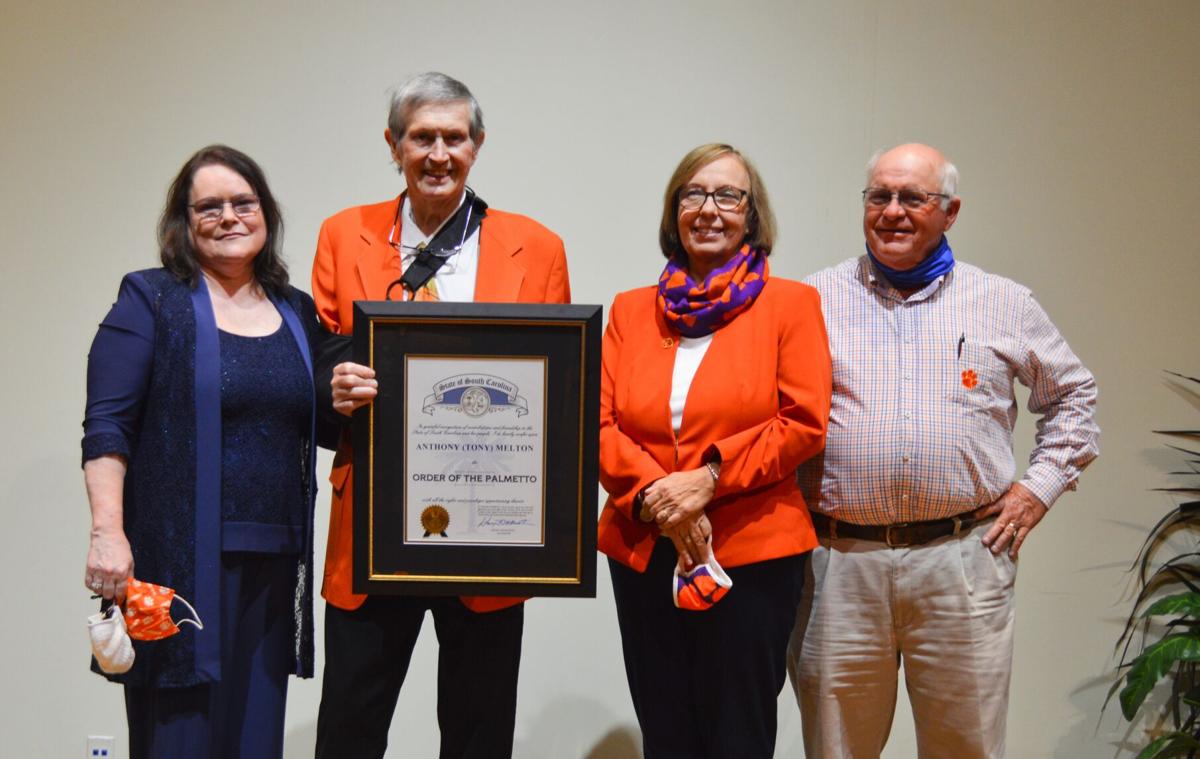 From the left are Mitzi Melton, Tony Melton, Gaie McLeod and Kemp McLeod of McLeod Farms in McBee.

“Tony’s dedication and devotion to Clemson Cooperative Extension and the citizens we serve are unmatched,” said Thomas Dobbins, the director of the Clemson University Extension Service.

“He doesn’t just work for Clemson; he works for every person in South Carolina.”

The Order of the Palmetto is South Carolina’s highest civilian honor, recognizing individuals for their extraordinary achievements, service and contributions to the state. A once-in-a-lifetime achievement, the award is presented only to natives or residents of the state.

“What can I say about Tony Melton other than he is the epitome of a true public servant?” Williams said. “A man who put people ahead of himself, dedicated and committed; that is Tony Melton.

“This is a great honor for him today, one that is well deserved and earned for his dedication, his loyalty and his commitment to mankind.

A native of McBee, Melton earned his Bachelor of Science and Master of Science in horticulture from Clemson University. He began his career in Clemson Cooperative Extension in 1989 as a county agent for Darlington, Florence, Lee and Williamsburg counties. Melton was a familiar face on SCETV’s “Making it Grow” gardening program, answering questions from callers to the show. He was involved in fruit and vegetable research for growers at the Pee Dee Research and Education Center and was awarded a Specialty Crop Block Grant to develop heat-tolerant butter beans.

CARMEN KETRON: An ode to goldenrod

When you think of fall in the Pee Dee, you can always count on the immensely beautiful native fall florals to bring that warm feeling to your heart.

Organic farming sometimes has a bad reputation for producing legumes with lower nutritional quality. But some Clemson University researchers believe field peas and lentils can be grown organically and still have improved nutrient quality.

Here in the American South, radishes are often overlooked, or outright avoided. Perhaps that’s because most Americans are only familiar with the small red orbs in every grocery store, which have a peppery bite. The spiciness, by the way, is due to the same chemicals that are found in two other plant species, horseradish and mustard.

Everywhere you look this time of the year, you will see the seasonal flower staple, the chrysanthemum.

Some days it seems like I am always in the truck driving from site to site across counties. This past week I found myself driving around South Carolina and turned on the “S.C. Grower Exchange” podcast and I was able to listen to a wonderful discussion from Dr. Guido Schanbel, Clemson University professor of plant pathology for fruit crops, about how growers planting for spring strawberry production can take preventative steps to stay ahead of disease through the coming growing season.

From the left are Mitzi Melton, Tony Melton, Gaie McLeod and Kemp McLeod of McLeod Farms in McBee.