In honor of Independence Day, SCNOW is providing unlimited access to all of our content from June 28th-July 4th! Presented by Florence Center 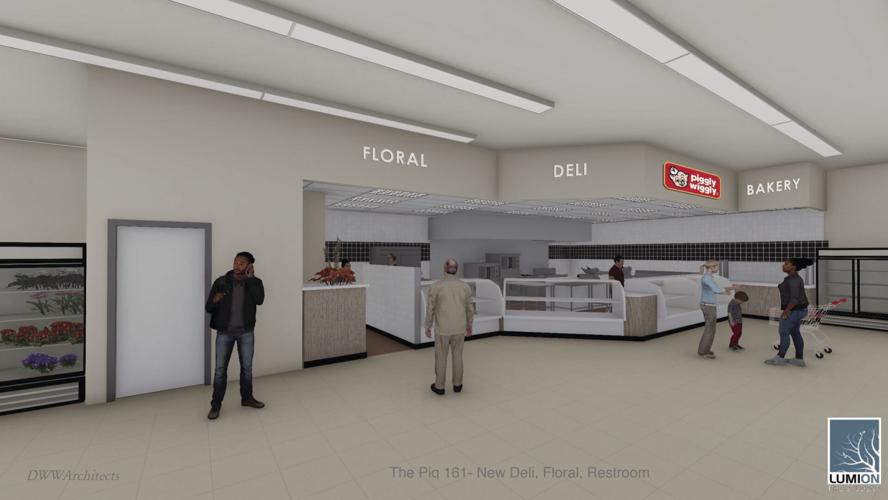 An architect’s rendering of the deli area at the Piggly Wiggly. 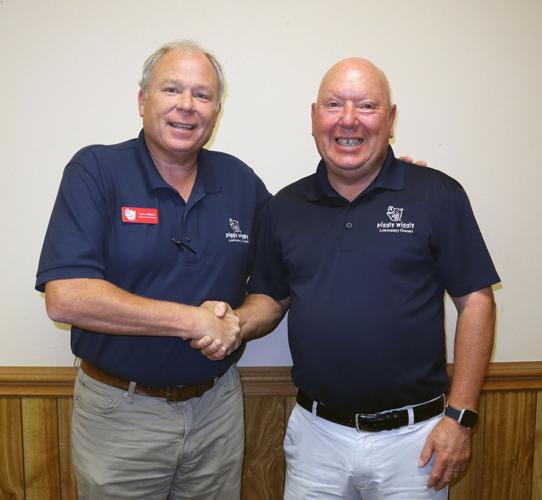 An architect's rendering of the renovated Piggly Wiggly on Cherokee Road. 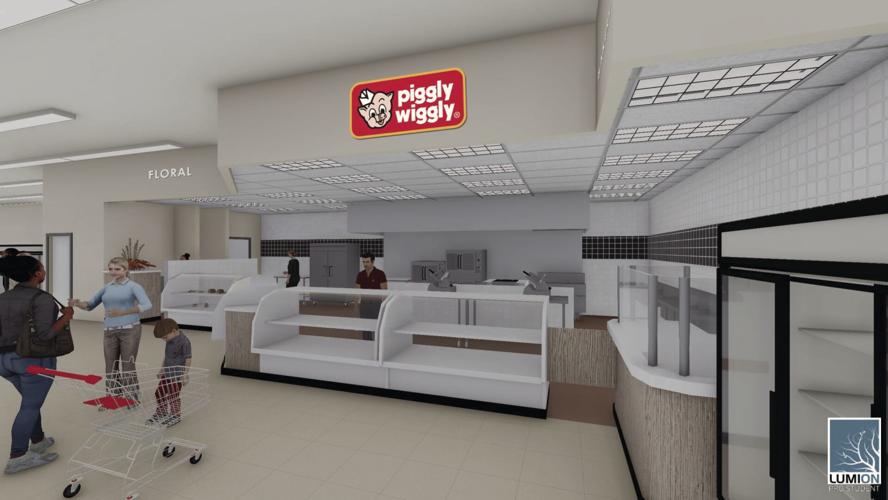 An artist rendering of the deli area at the Piggly Wiggly.

FLORENCE, S.C. – Piggly Wiggly at the Florence Mall has served Florence and surrounding communities for more than 50 years, but that tradition has come to an end. The Florence Mall location of “The Pig,” as it is affectionately referred to, has closed.

The company is renovating a location on Cherokee Road and hopes to open it later this year.

“It saddens me greatly to inform you that the Florence Mall Pig will be closing its doors forever on May 21, 2022,” said Lynn Willard of Lowcountry Grocers LLC in an announcement. “A provision in our lease agreement gave the landlord the right to buy out our current lease, and they have chosen to exercise that option in favor of another, larger grocery chain. It is certainly not our preference, it’s not our choice, and we wish it were not the case.”

In an interview, Willard said this was not something the company wanted to happen, but he was aware of the lease option. This has been a great location and very successful. He owns 12 Piggly Wiggly locations, including the two in Florence, one in Mullins, Johnsonville and others in the Lowcountry.

Asked if he planned to open at another Florence location, Willard said all options are on the table, but for now, the best option is to invest in the Cherokee Road location.

The silver lining, if there is one, he said, is that Marty Massey (store manager) and many of the same friendly faces from the Florence Mall Piggly Wiggly will be at the Cherokee Road Pig location. The store has approximately 60 team members.

“Our team members are as loyal as our customers,” Massey said.

The employees and loyal customers are a large part of the store’s success for so many years, Willard said.

He said significant changes have been planned and are under way at the store on Cherokee Road, which include adding a deli/bakery, floral department; expanded meat and produce departments; expanded frozen food and dairy selections with new items added; Saw’s fresh sushi, starting June 15; and other changes.

Massey said Piggly Wiggly is proud of its meat department, which is a large part of its success, too. He said the meat is cut fresh daily and cut to order.

He said Piggly Wiggly is the only place customers can get many local items. Mrs. Mac’s fried chicken and Saw’s sushi are two of them.

Willard said the Cherokee Road location is a smaller space, 21,000 square feet, but it will be packing a lot into this space. It will be renovated to make better use of all available space. The storefront will be redone.

Willard said the changes and renovations represent a significant investment, and one they have been thinking about for some time. He hopes the renovations will be complete by late summer or early fall.

Massey, who will be manager of the Cherokee Road location, said the company will be introducing a new online shopping service – Instacart, which shops and delivers –and moving its Click N’ Shop to the Cherokee location.

Willard said the company also will introduce a new loyalty program, AppCard, which rewards the customer for their spending.

Willard, who grew up in Florence and whose parents and family still live in the area, started his career at the Cherokee location. He said this is more than a business to him. He now lives in Mt. Pleasant.

Willard said the response from customers and members of the community has been overwhelming. He said the city of Florence has been most helpful in expediting the process.

Massey started with Piggly Wiggly in the 1980s. He said its number one rule is to “make customers happy.” And they live by the Golden Rule.

Williard said many of the grocery items that weren’t sold before the store closed were donated to House of Hope in Florence.

“We care about the people we work with and we love our customers,” Massey said. “I am blessed.”

Massey said he and his employees live here, work here, worship here and are involved in the community here at home. That is what differentiates the Piggly Wiggly from many others.

Massey is involved in the community outside work. He has been a Rotarian for 20 years, is a deacon at Ebenezer Baptist Church and treasurer of Pee Dee Speech and Hearing. He is a licensed preacher and said one day when he retires his “going to preach the word of God” and play some golf.

He and his wife, Dianne, have two daughters, Toni and Kelly, two sons-in-law, Travis McCombs and Joey Bradshaw, and three grandchildren.

He looks forward to the future and making customers happy at the Cherokee Road location.

FLORENCE – High Caliber Guns and Optics celebrated its opening at 3320 W. Palmetto St. in Florence and joining the Greater Florence Chamber of…

FLORENCE, S.C. – Clean Eatz at 1988 W. Palmetto St. in Florence is having a grand reopening on Saturday to let customers know it is here to pr…

FLORENCE, S.C. – New York Life insurance agent Julie Cord celebrated with the Greater Florence Chamber of Commerce at a ribbon cutting in the …

Monkeypox: What we know about the virus as the WHO considers if the outbreak is an 'emergency'

An architect’s rendering of the deli area at the Piggly Wiggly.

An architect's rendering of the renovated Piggly Wiggly on Cherokee Road.

An artist rendering of the deli area at the Piggly Wiggly.