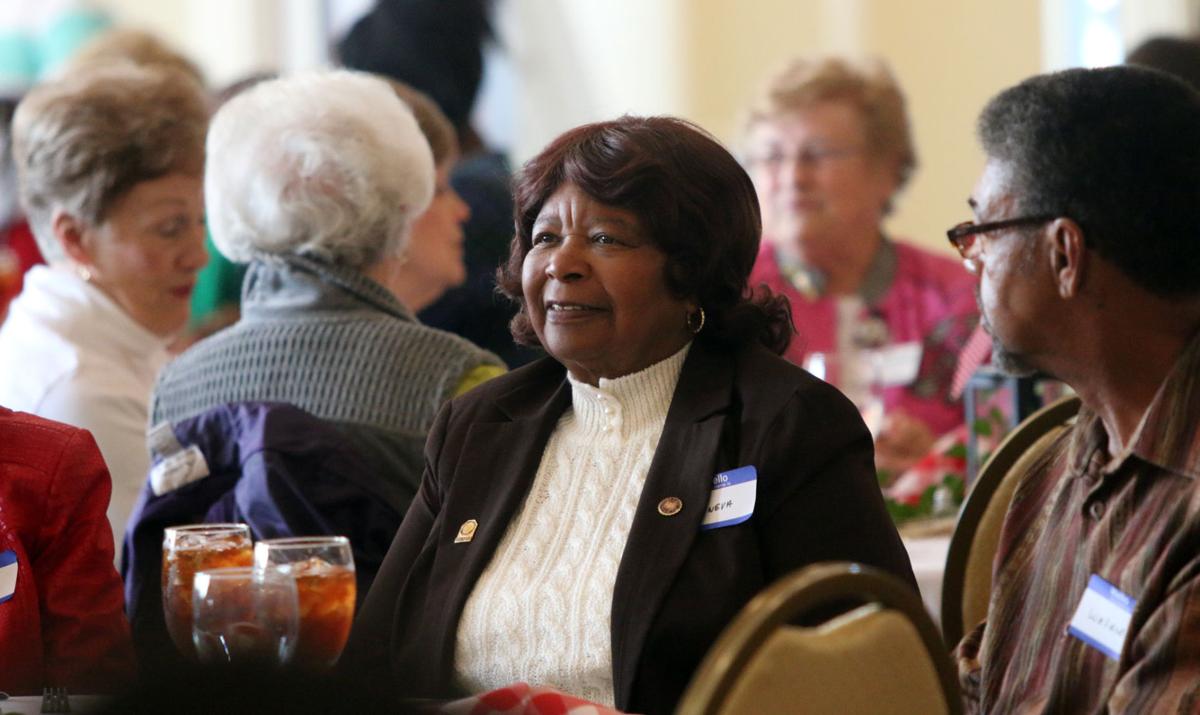 Geneva Kirkland was recognized for having the most volunteer hours in 2016 with 1,428. 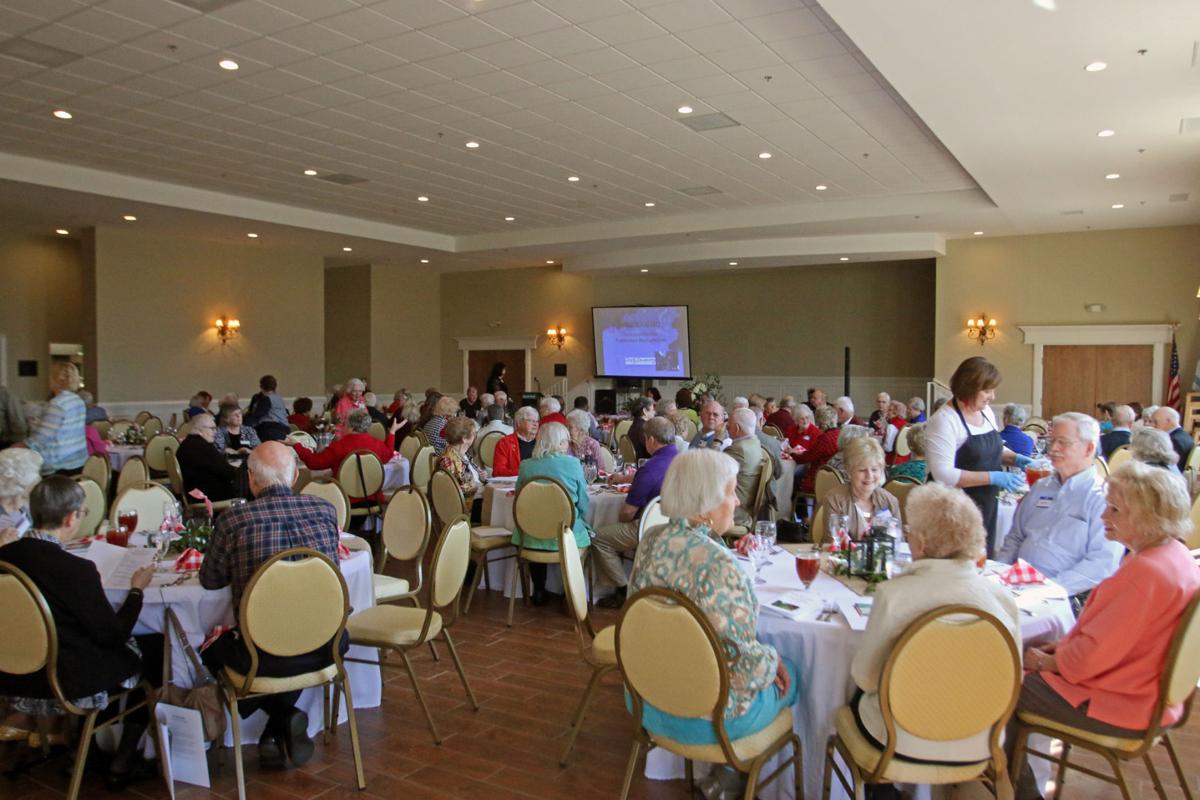 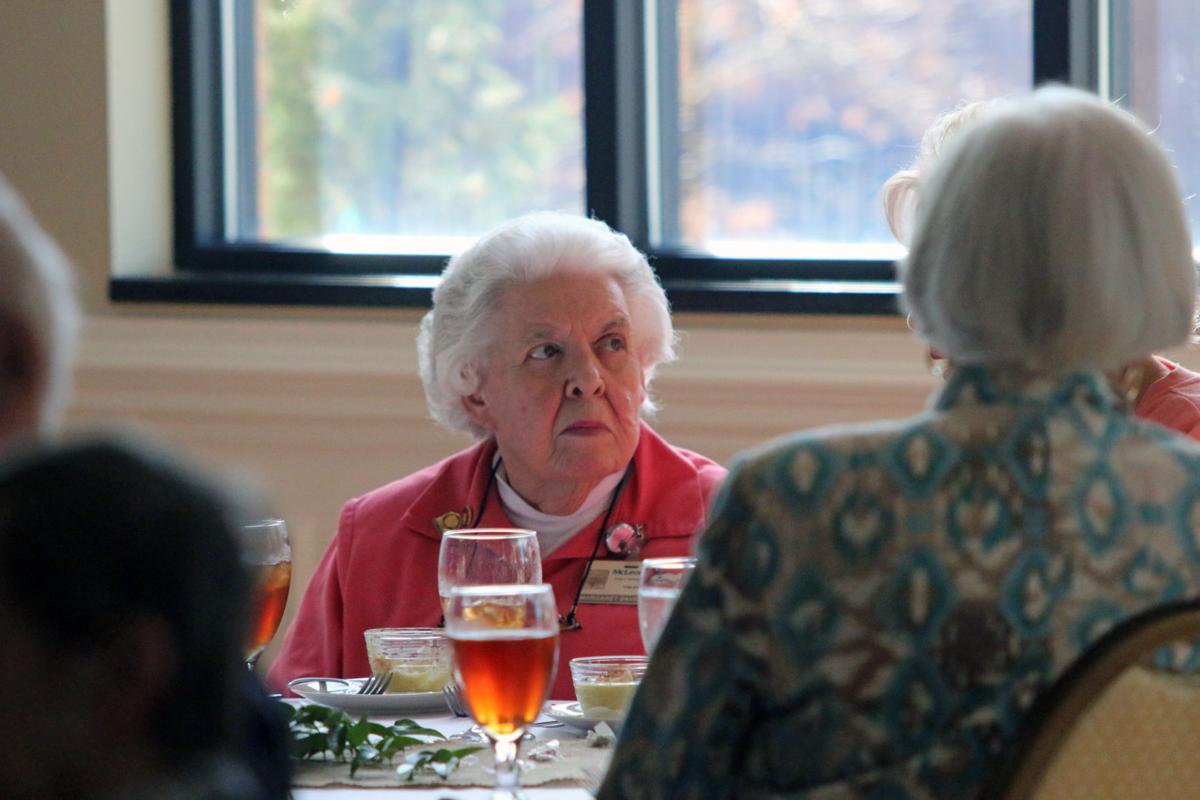 Margaret Saverance accumulated more than 20,000 total volunteer hours in her time at McLeod Health. She was recognized for this stellar achievement at the volunteer luncheon on Thursday afternoon. 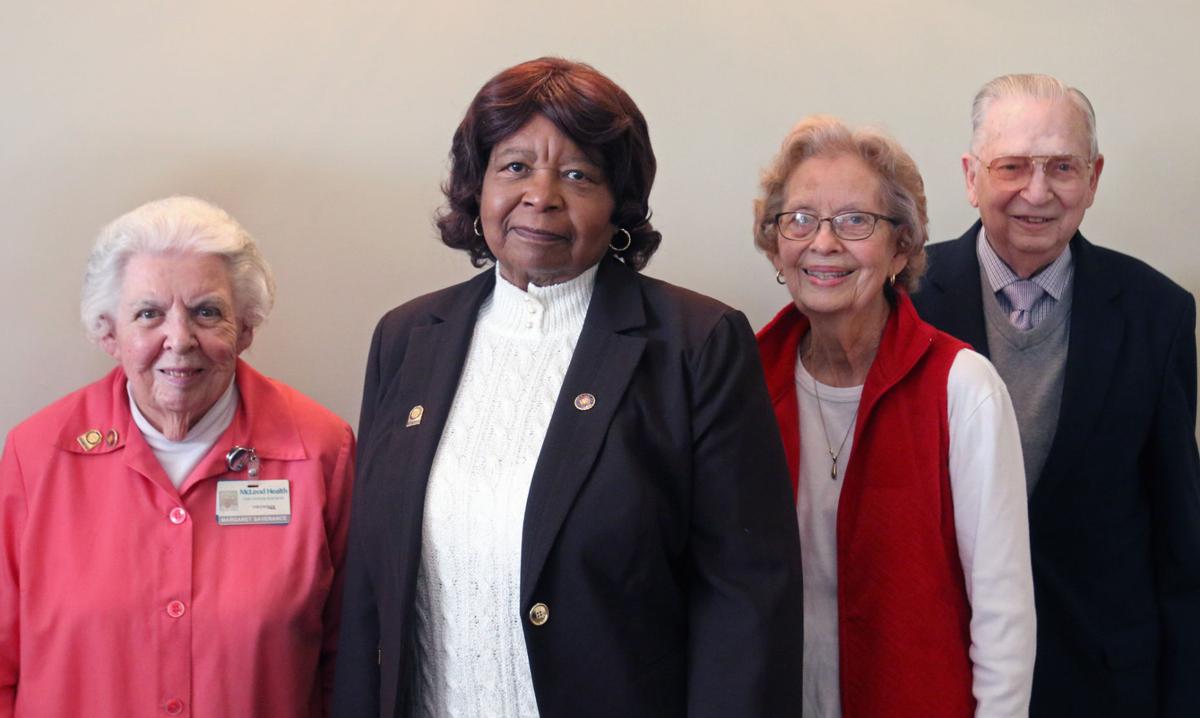 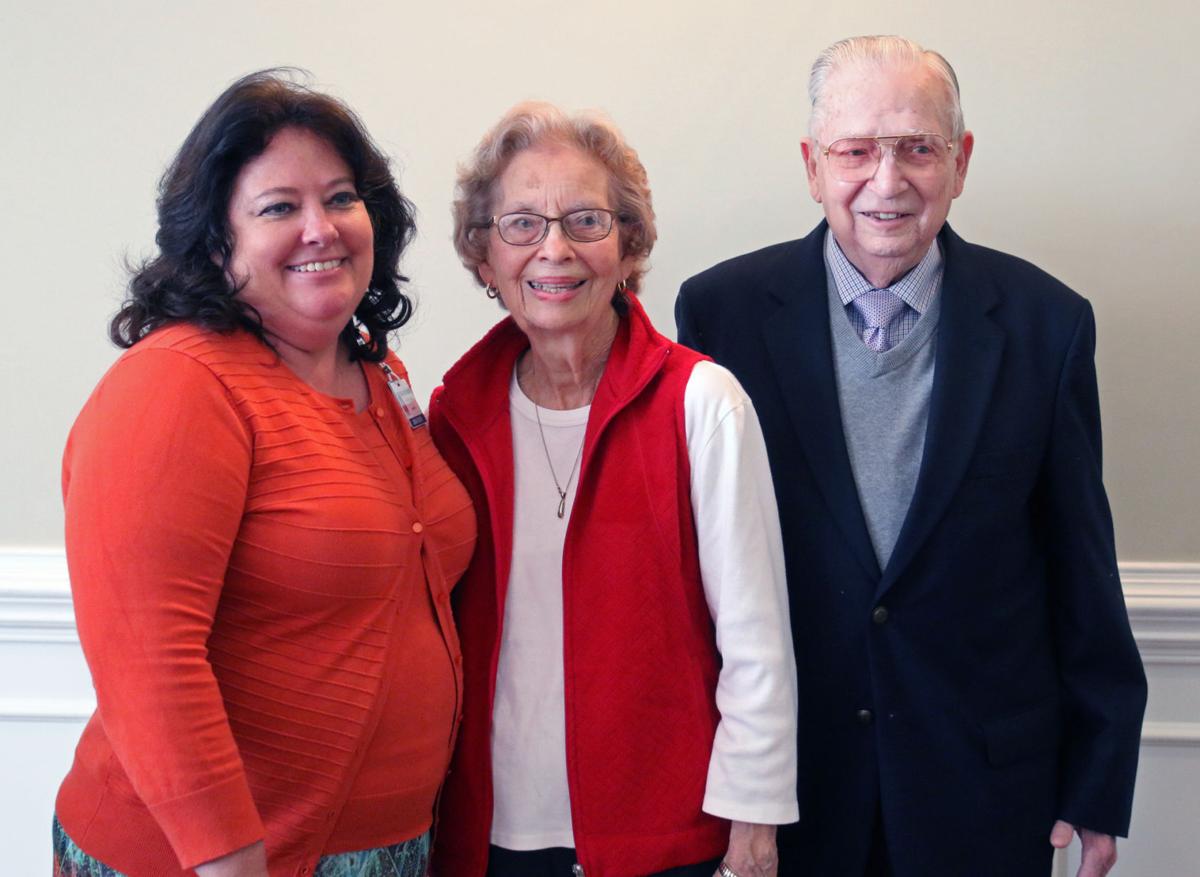 McLeod Health's Director of Volunteer Services Linda Boone stands for a picture with the two 2016 Volunteers of the Year: Bobbie and Don Gibbs. The couple have been volunteering together since 1998.

FLORENCE, S.C. — Don and Bobbie Gibbs were honored Thursday as 2016 Volunteers of the Year at McLeod Health.

The honor, announced at the annual volunteer recognition luncheon, surprised the Gibbses.

“Didn’t you see the tears coming down?” Bobbie asked her husband.

The Gibbses were nominated for the honor by their fellow volunteers and McLeod staff members.

They have been married for 63 years and have been volunteering together since 1998 after retiring from their careers. Linda Boone, director of volunteer services at McLeod Health, said the two are “true examples of quiet, effective leaders” who volunteer for the right reasons.

“This couple has gone beyond what we could ever expect from our volunteers,” Boone said. “They have never waived in their dedication, professionalism and dependability.”

About 150 volunteers and staff members attended the luncheon held at the Hellenic Center on South Cashua Drive. All volunteers with more than 300 hours of service were acknowledged during the luncheon but four select individuals received special recognition for their services in 2016.

Margaret Saverance, Don and Bobbie’s childhood friend and fellow veteran McLeod volunteer, was also recognized for her service as she accumulated the most volunteer hours overall.

At 82 years old, Saverance has racked up more than 20,000 hours during her nine years as a volunteer and she doesn’t plan on slowing down.

“I enjoy working up there,” Saverance said. “I don’t want to just sit at home all the time. I enjoy going in and working with the people.”

Another volunteer, Geneva Kirkland, also received recognition during the luncheon for earning the most volunteer hours during 2016 with more than 1,400 hours.

Boone grew emotional as she thanked the volunteers who attended the luncheon and said she cannot begin to express her gratitude for what all volunteers do for McLeod Health and their patients.

“We really do appreciate what you guys do,” Boone said. “And you’ll never know how much.”

How to decide what kind of business to open

How to decide what kind of business to open

How to curb impulse buys and stick to your budget

How to curb impulse buys and stick to your budget

With a weekly newsletter looking back at local history.

How to fill in your financial blind spots

Also, check out more of the week's best financial tips from experts at NerdWallet, Forbes and the Motley Fool.

How Do You Measure Up? Average Credit Score by Age and Location

The average credit score in the United States is 711—an all-time high according to credit score developer FICO. Not only is the average FICO® Score better than it has ever been, scores for U.S. consumers have been on a steady rise for the past decade. The reason credit scores matter so much is because lenders, insurance companies and other businesses routinely use them to evaluate risk. Consumer credit scores designed by FICO and VantageScore Solutions predict how likely you are to default on a credit obligation (pay 90 days late or worse) in the next 24 months. Credit scores range...

Should You Invest in Cryptocurrency in 2021?

Investing in crypto could be lucrative. But is it right for you?

Living in one of them could help your benefits go further.

Beauty and Beyond Salon and Spa ribbon cutting held

FLORENCE, S.C. – Beauty and Beyond Salon and Spa held a ribbon-cutting ceremony on Tuesday celebrating its opening and membership in the Great…

The 1 Retirement Planning Hiccup You're Probably Not Accounting for

This single factor could cause you to fall short on savings for your senior years.

Take advantage of Star Wars Day to put the Force of Compounding to work for you.

42% of Retirees Have Made This Huge Planning Mistake, a Survey Says

Are you at risk of making it, too?

That money you donated to a GoFundMe? It probably isn't tax-deductible

GoFundMe estimates that an American has started a COVID-related fundraiser on its site every two minutes since March 2020. But donors shouldn't assume their contributions are tax-deductible.

This Vanguard ETF Could Help Grow Any Retirement Account

This ETF has posted higher returns over the last 10 years than most of its peers.

Geneva Kirkland was recognized for having the most volunteer hours in 2016 with 1,428.

Margaret Saverance accumulated more than 20,000 total volunteer hours in her time at McLeod Health. She was recognized for this stellar achievement at the volunteer luncheon on Thursday afternoon.

McLeod Health's Director of Volunteer Services Linda Boone stands for a picture with the two 2016 Volunteers of the Year: Bobbie and Don Gibbs. The couple have been volunteering together since 1998.