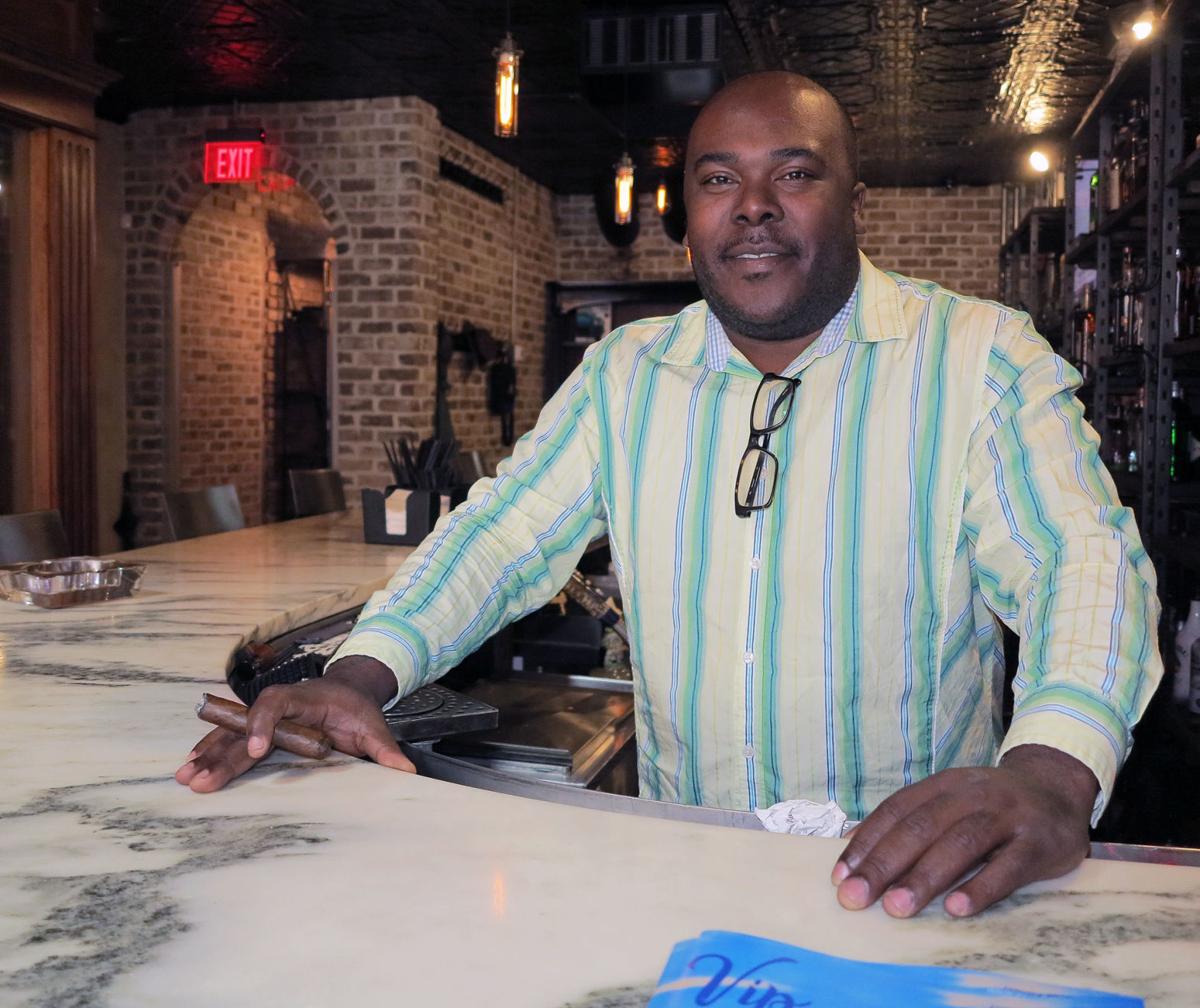 Jesse Wiles, owner/manager of Leaf Lounge on Dargan Street, is welcoming customers to his new family-owned establishment in downtown Florence. 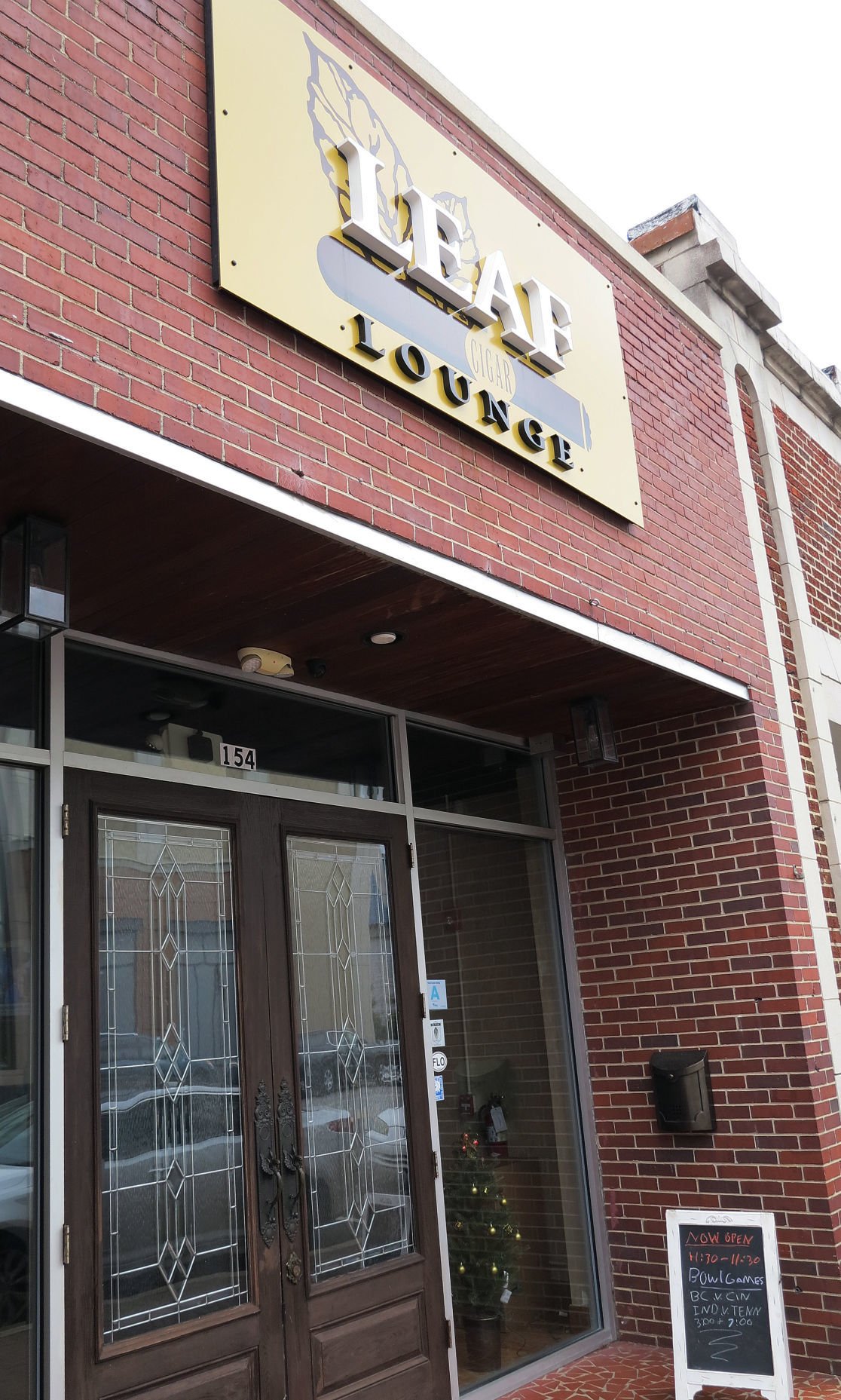 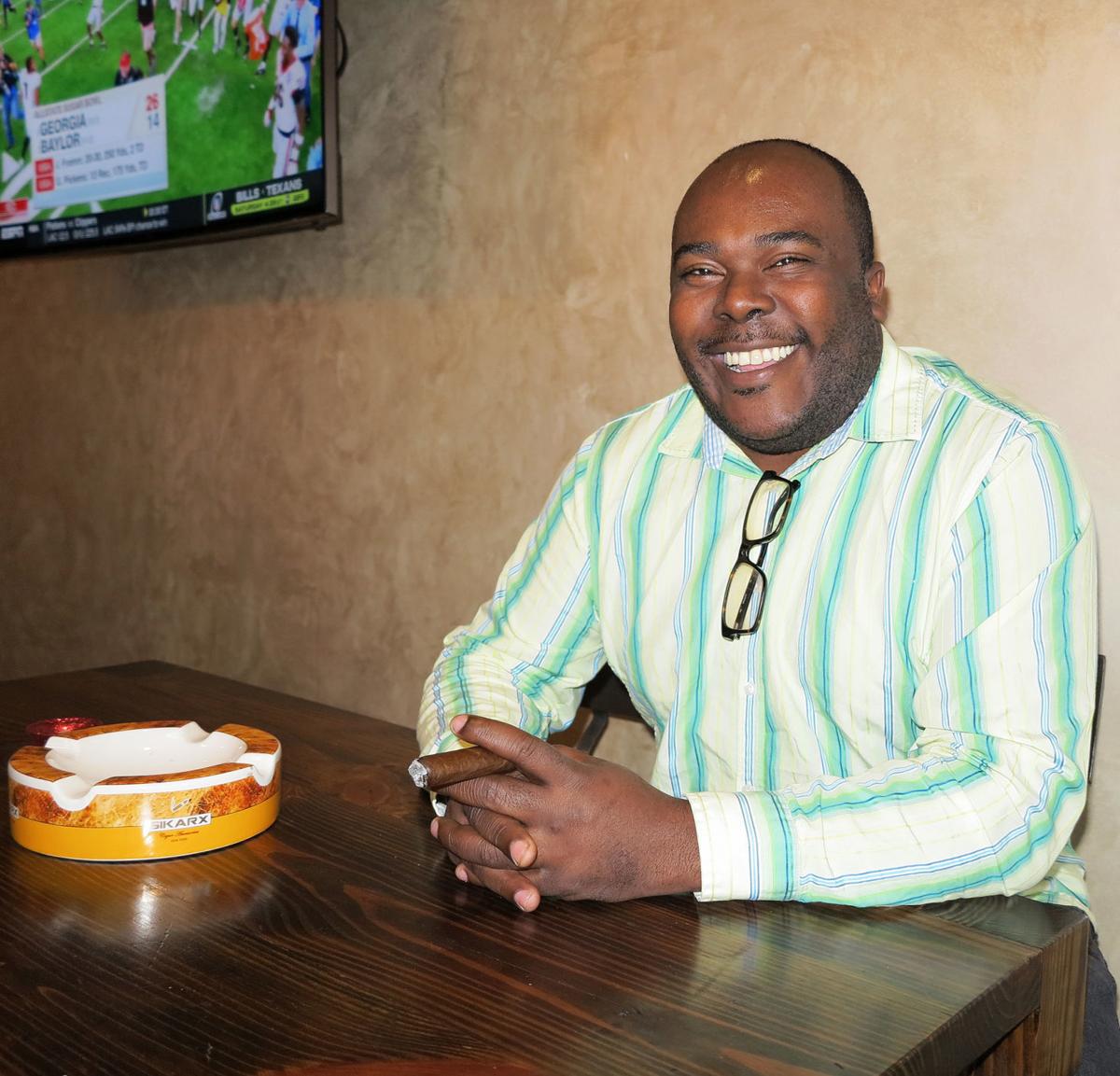 Jesse Wiles is happy to be a part of the downtown business district. He recently opened the Leaf Lounge, a cigar bar, on South Dargan Street.

FLORENCE, S.C. — The Leaf Lounge, situated between Flo Town Yoga and Dolce Vita Café in downtown Florence, is a place where a cigar is always welcome.

Located at 154 S. Dargan St., the new cigar lounge opened approximately 10 weeks ago. And owners say business has been steady after a soft opening before Christmas.

The lounge includes a full-service bar, and lunch is served, which includes sandwiches and burgers. Wiles said he hopes to include a dinner menu soon.

The lounge seats 40 people. In addition to Wiles, there are four employees ready to make the customer’s experience relaxing and enjoyable.

Wiles moved to Florence from Jacksonville, Florida, but it was the family business in Atlanta —APD Urban Planning and Management — that brought him here.

APDU is an urban planning consulting firm based in Atlanta that has worked with the city of Florence on Florence’s Neighborhood Revitalization Strategy since 2014, said his sister Bridget Wiles.

“That is how we became familiar with Florence,” she said. “My dad thought he should look at Florence.”

She said it is a natural fit for them to expand to Florence since they continue to do business in the area.

She said they have been impressed with the city’s commitment to its downtown.

“It (Leaf Lounge) is a family business,” she said.

Their father, Jesse Wiles, and other brother, Jade Wiles, are also involved in the business, she said.

But this is her brother Jesse’s passion, she said.

“I always wanted to do something like this,” he said.

Bridget said business is “very promising.” She said the lounge offers a nice, friendly environment where everyone is welcome.

She said a special tobacco license is required for operating a cigar lounge, which only allows customers to smoke cigars.

“We are rolling out our membership benefits in the first quarter,” she said.

And toward the end of the first quarter, she said to look for the calendar of events to come.

“I think people will be excited,” she said.

She said the family is “very, very appreciative of all the support shown from the community.”

“Thank you for the encouragement and support,” she said.

Get your head in the Christmas shopping game early

Get your head in the Christmas shopping game early

More than 10,000 Deere & Co. workers went on strike Thursday, the first major walkout at the agricultural machinery giant in more than three decades.

Building your credit: Myths and reality

Also, check out more of this week's best personal finance tips from experts, including a look at what's new for Medicare open enrollment.

Does your retirement strategy need a serious overhaul?

Many seniors can't afford a massive hit to their benefits. Can you?

Here are the improvements that have been made so far. Also, check out more of the week's best money tips from experts.

Social Security Benefits Are Getting a 5.9% Raise for 2022

It's the most substantial raise seniors will have gotten in decades.

Jesse Wiles, owner/manager of Leaf Lounge on Dargan Street, is welcoming customers to his new family-owned establishment in downtown Florence.

Jesse Wiles is happy to be a part of the downtown business district. He recently opened the Leaf Lounge, a cigar bar, on South Dargan Street.