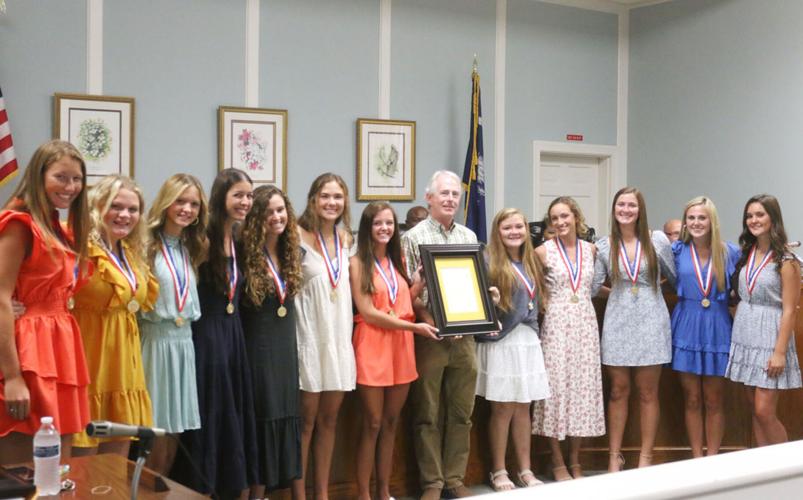 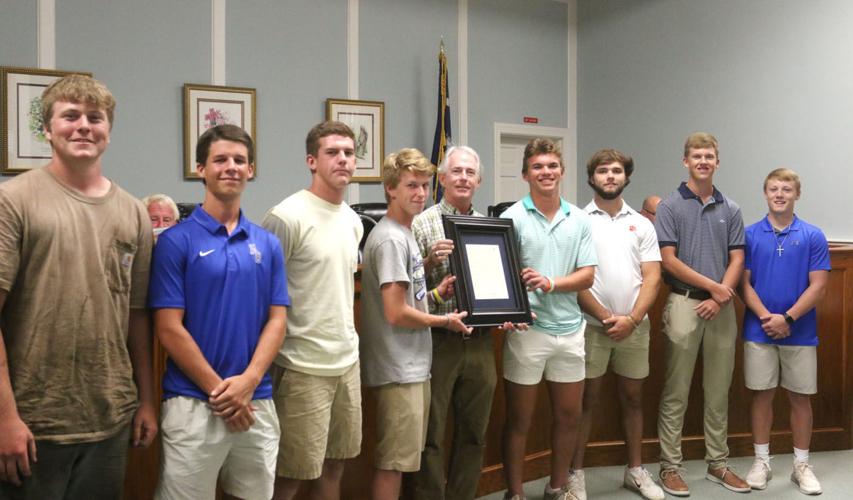 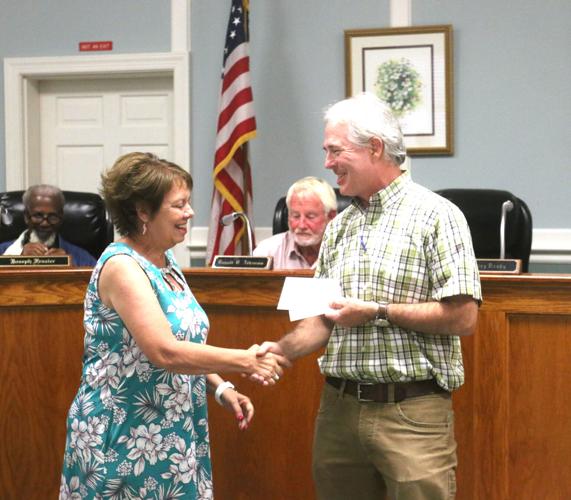 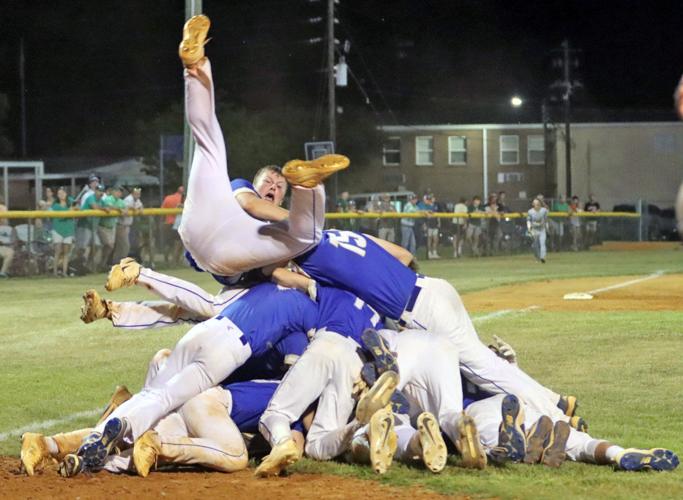 Pee Dee Academy players dogpile near home plate after walking off a 10-9 victory against Williamsburg Academy on Thursday to capture SCISA 2A state championship at Lee Academy in Bishopville. 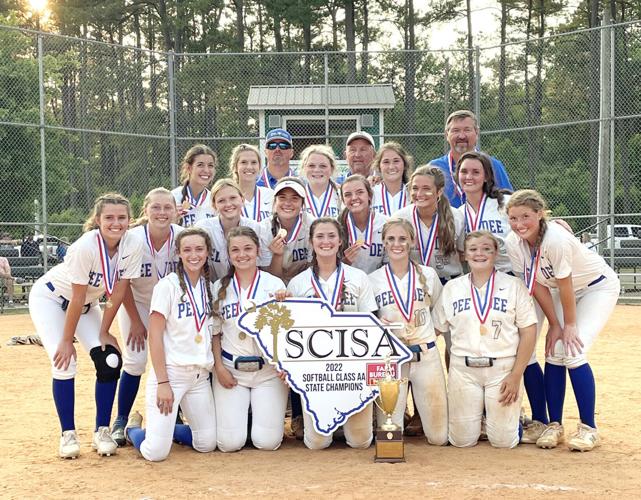 The Lady Golden Eagles softball team won their second state championship in four years with a sweep over Williamsburg Academy.

The Lady Golden Eagles led by head coach Will Eskridge helped lead the team to a 31-2 record and said he was proud of what the team accomplished.

“I’m very proud of them and we appreciate the city giving them that recognition,” Eskridge said. “You realized a lot of what we’re able to accomplish starts because of the city programs being able to play at the recreation department and all those early years.”

“It’s great,” Davis said. “You normally don’t get to celebrate these things very often. It’s great to have the city reach out to us and have us all here and get them all together.”

Davis said he proud of his team that included six seniors go out on top and the younger guys learn how to win.

“It’s just a great group of guys and good to get them all together,” Davis said.

HARTSVILLE, S.C. – There is a saying that lightning doesn’t strike twice in the same place. It would seem about as unlikely for someone to hav…

MARION, S.C. – Amazing Grace Park was the site of giving Saturday as the public was invited to take home free boxes of food provided by Harvest Hope Food Bank and take advantage of free healthcare screenings services through one of the largest health fair events in Marion County Saturday.

HARTSVILLE, S.C. – This is Richard A. “Dick” Puffer’s last week as executive director of The Byerly Foundation in Hartsville.

MULLINS, S.C. – Marion’s Saniyah Howard scored the match-winning ace in a 29-27 thriller in the third game of a sweep at rival Mullins last week

MARION, S.C. – Marion County was spared little damage as clean-up crews worked through Saturday morning in Mullins and Marion. Most power outages were restored within 24 hours.

Pee Dee Academy players dogpile near home plate after walking off a 10-9 victory against Williamsburg Academy on Thursday to capture SCISA 2A state championship at Lee Academy in Bishopville.