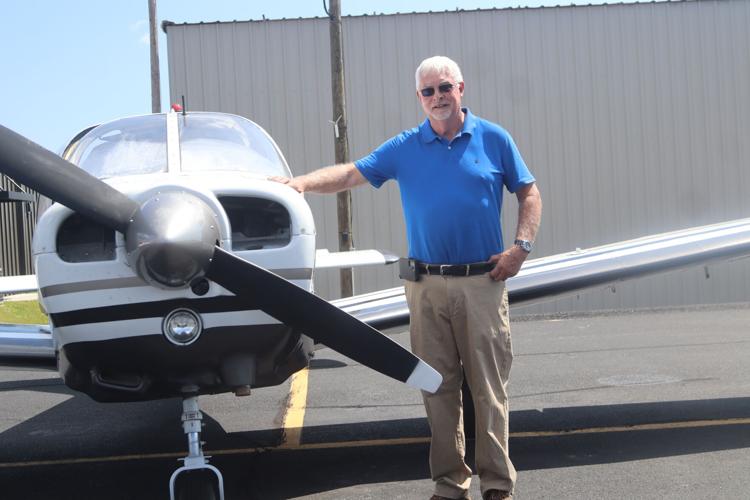 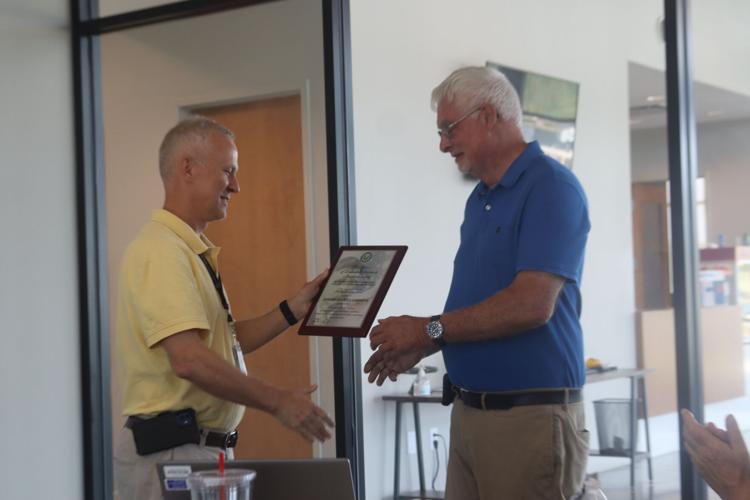 HARTSVILLE — Edward Maurice Lemmond received the Charles Taylor Award for his half-a-century dedication to making sure planes in Florence, Hartsville, Lake City and surrounding areas can sweep through the skies safely.

Federal Aviation Administration officials from West Columbia presented the award to Lemmond at Hartsville Regional Airport where he is an aircraft maintenance technician. The Charles Taylor ‘Master Mechanic’ Award is named in honor of Charles Taylor, the first aviation mechanic in powered flight. The Charles Taylor Award recognizes the lifetime accomplishments of senior mechanics.

Taylor served as the Wright brothers’ mechanic and is credited with designing and building the engine for their first successful aircraft. The award is one of prestige with only 6,000 people having the award nationwide.

Lemmond, who was surrounded by family, friends and co-workers, said the award means everything to him.

“It has been a longtime coming,” Lemmond said. “I have always enjoyed what I do. This award really makes me proud of myself and everything I have done.”

After working full time at the Florence Regional Airport, Lemmond went on to open his own company which he operated for many years until the Florence Airport took the business over. Lemmond said he loves the area and enjoys spreading his wealth of knowledge to the local community.

“I grew up in Dillion,” Lemmond said. “I graduated from Dillon High School and went on to work in Florence mostly working there and in other surrounding areas. There just aren’t many people in aviation. I am one of few in the area that has been doing it for years.”

Lemmond said he enjoys aviation and came to Hartsville a few years ago and joked that he semi-retired. He said he wants to give all of his knowledge to the younger generation and wants to push younger people to start a career in aviation.

“I try to help anybody who wants to get in the business,” Lemmond said. “I want to share my knowledge and I will mentor anybody who is interested.”

Lemmond said he is all about safety and tells his customers that he would not put anyone in anything he wouldn’t put his family in.

“I have enjoyed my work, the people that I have met and my customers,” Lemmond said. “It’s good that I was able to do what I have done for so long.”

James Dangerfield, who presented the award to Lemmond from the Federal Aviation Administration, said the award represents mechanics who have served 50 years working on aircrafts safely.

‘It’s a prestigious award,” Dangerfield said. “Very few of these awards are given out. Mr. Lemmond is well deserving and I am excited for him.”

Bryan Sherby, who works with Lemmond at Rise Aero, and is a 2018 recipient of the Charles Taylor Award, said, Lemmond is a special person who is always willing to lend a helping hand.

“He’s a top notch mechanic and this award is proof of that,” Sherby said. “Maurice is one terrific guy and he is always willing to step up. He loves airplanes and his love for the aviation industry is evident.”

Sherby added Lemmond is more laid back than he has ever been.

Sean Anderson, who recently became a pilot instructor at Rise Aero, said Lemmond was a pleasure to work with.

“Anytime we have a question or issue,” Anderson said. “He is always quick to answer. If we need a certain size screw driver he always helps us find it and he is really a pleasure to work with.”

Anderson said Lemmond is always kind and that his wealth of experience helps guide him as he finds his way through aviation.

“He guides me really well,’ Anderson said. “It’s very good to have him around. It’s good to have someone watch over you and make sure you’re doing everything right. He is an example that you can be in aviation for 50 years and be successful and it inspires me to stick around and do the same.”

Mark DeFields, Hartsville Regional Airport’s fixed base operator, said having two people on staff who have been recipients of the award allows the airport to keep people safe, troubleshoot, and provide solutions to issues quickly and efficiently.

“It’s an honor to have these people work for me and be a part of the team,” DeFields said. “We are a big family here and we are grateful that the FAA came to join us today and present Mr. Lemmond with the Charles Taylor Award.”

DeFields said Hartsville Airport is back on the climb and having people who have such a great wealth of experience takes the airport to the next level.