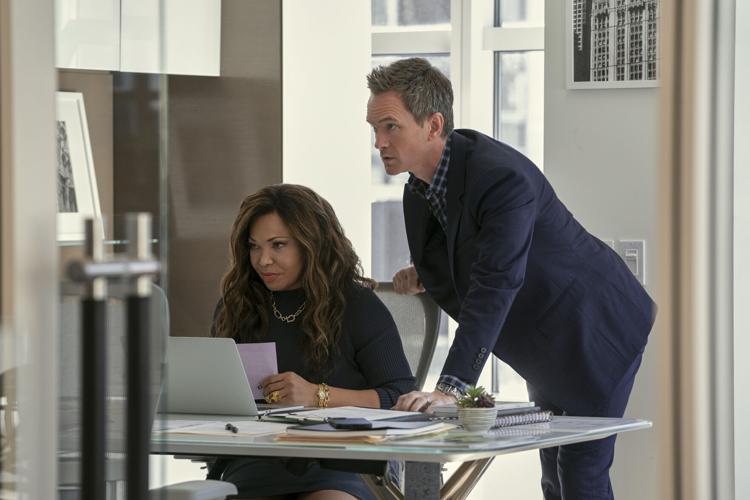 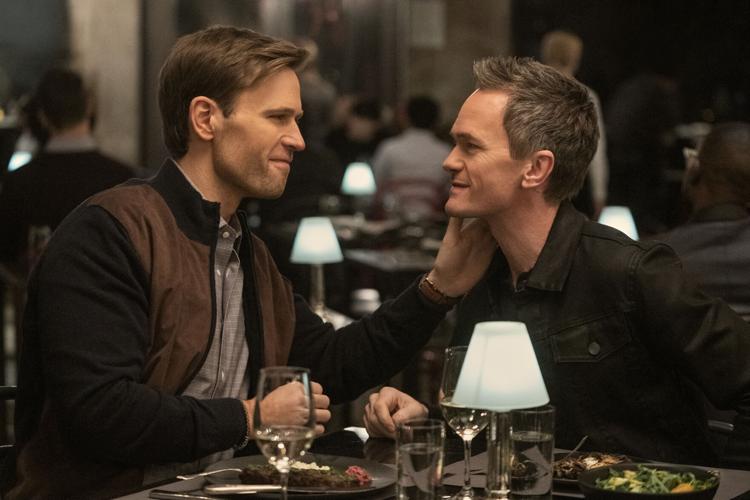 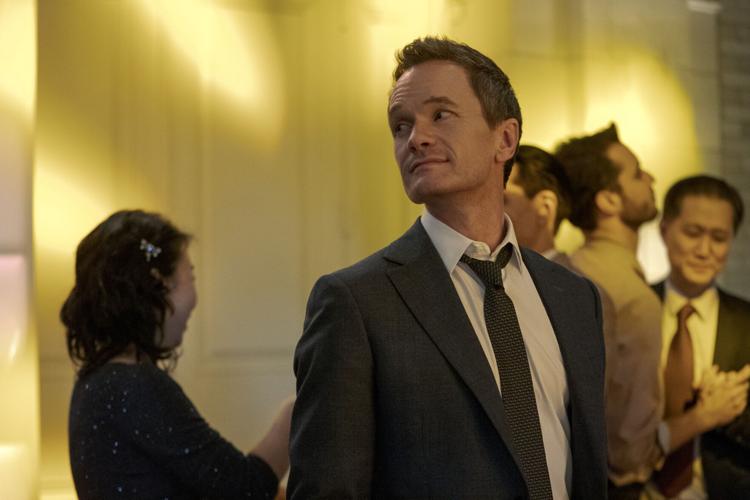 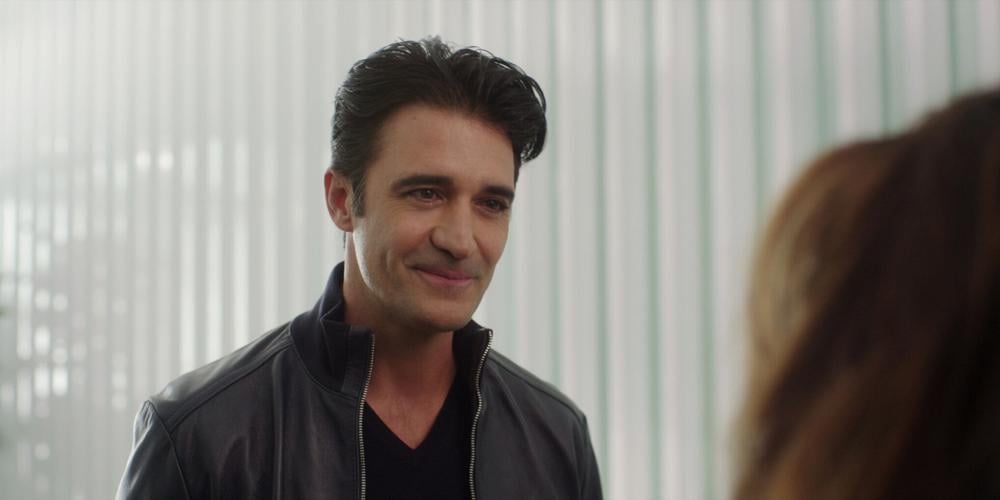 Gilles Marini guest stars on "Uncoupled," just as he did in "Sex and the City." 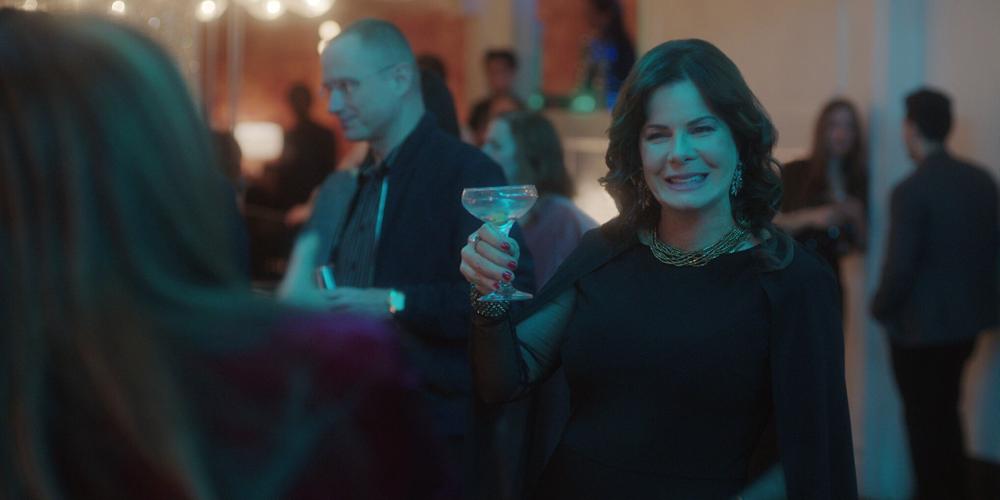 Marcia Gay Harden plays a rich woman looking for an apartment in "Uncoupled." 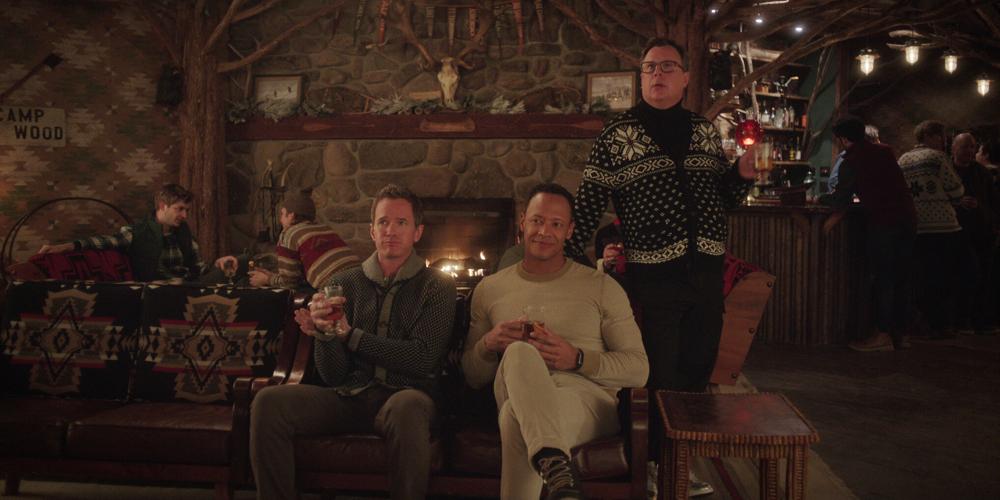 There's no place like a lodge for friends. From left, Neil Patrick Harris as Michael Lawson, Emerson Brooks as Billy Jackson and Brooks Ashmanskas as Stanley James in "Uncoupled."

It doesn’t take a lot of signs to realize Darren Star is a co-creator of Neil Patrick Harris’ new comedy, “Uncoupled.”

“Sex and the City” is written all over it – from the friendly jabbing to the frequent talk about something other than the city.

The intense Harris plays a real estate agent who thinks his partner’s 50th birthday party is going to be the ultimate display of affection.

Unfortunately, just before they enter the lavish event, Colin (Tuc Watkins) tells him he’s moving out.

And then? Harris’ Michael Lawson has to figure out how he’s going to navigate life alone. A roll call of emotions follows and, soon, he’s navigating those treacherous waters.

Star gives him ample support – including a who’s who of Broadway stars – and situations that suggest he binged a lot of television during the pandemic.

Michael traffics in “Million Dollar Listings” work (there’s even a Fredrik in one episode) and drops prescription names like the ad lineup on Bravo. There are one-liners that require a facility with social media and so many text messages you’ll wonder if this is close-captioned.

What surprises are the women who populate “Uncoupled.” Tisha Campbell – as a fellow real estate agent – is a gem, commenting better than Kim Cattrall at a martini party. When she and Harris are moving in the real estate world, they’re a great pair. “Uncoupled” is happier, too. When they’re together, it doesn’t swirl down the drain of self-pity.

Marcia Gay Harden also works well with others. She’s a potential client who has gone through the same trauma as Michael. Dumped by her husband, she brings out his inner whining – and it works.

To extend the “Sex and the City” connection, Star and co-creator Jeffrey Richman use Gilles Marini (Samantha’s hot boyfriend) as one of Michael’s hookups.

Brooks Ashmanskas and Emerson Brooks are the newly uncoupled’s guide through the world of Grindr, PrEP and unsolicited photos. They’re quick with pop culture references, but they’re not the one-two punch Campbell and Harden could be.

Because the series is divided into short, digestible installments, it’s easy to binge. But it isn’t the comedy its participants deserve.

Harris is too strong to play the pitiable bachelor. (Watkins would be a better choice). It’d be a wiser move to delve into his real estate world and let the “uncoupled” aspect be another aspect of life.

That would remove the “S&TC” comparisons and give Harris and Campbell a level playing field. Attempting to make this a gay version of Star’s greatest hit just seems like a network’s idea of success.

In the sixth episode, Harris finds a groove that’s better fitted for long-term success. It leans into the Campbell/Harden/Harris triangle and actually brings laughs. It's a gay "Odd Couple" -- a much better fit -- and a great showcase for Dan Amboyer as a potential partner.

A restart? “Uncoupled” doesn’t have to stay unhinged forever.

He was best known for his role as helicopter pilot Theodore "TC" Calvin on the 1980s hit show "Magnum, P.I.," starring alongside Tom Selleck.

Is there crying in baseball? Kelly McCormack explains

Yup. The line is there.

When producers looked at the history of women in baseball, they realized “A League of Their Own” only scratched the surface.

TV shows based on podcasts, ranked from worst to first

From "Dirty John" to "The Dropout," here's a look at the best TV shows that are based on podcasts, according to IMDb.

'Days of Our Lives' leaving broadcast TV, will stream on Peacock

It marks the end of a broadcast run that has spanned more than 14,000 episodes and began when Lyndon B. Johnson was president.

Mike Judge’s eternal idiots "Beavis and Butt-Head" graduate from MTV to streaming, but they’re just as clueless as ever. ABC’s "The Con" reveals a Hollywood Ponzi scheme.

After sharing a statement on his verified Facebook account Tuesday morning that Tony Dow, an actor and director best known for his role as older brother Wally Cleaver on "Leave It to Beaver," had died, Dow's management team has removed the statement.

Syfy’s comedy thriller "Resident Alien" resumes its second season with a voracious alien baby on the loose. Fox’s "So You Think You Can Dance" crowns its Season 17 winner.

There’s really no awards category that fits “Reservation Dogs.” Sure, it’s billed as a comedy but there are so many touching moments it could easily top the shows that are billed as dramas. Variety seeps in, too, and if you happen to hail from the rez, you probably think it’s a reality show.

NBC to bring back the Golden Globes

Selena Gomez wants to start a family before quitting showbiz

Selena Gomez wants to start a family before quitting showbiz

Gilles Marini guest stars on "Uncoupled," just as he did in "Sex and the City."

Marcia Gay Harden plays a rich woman looking for an apartment in "Uncoupled."

There's no place like a lodge for friends. From left, Neil Patrick Harris as Michael Lawson, Emerson Brooks as Billy Jackson and Brooks Ashmanskas as Stanley James in "Uncoupled."