Thanks for reading! Log in to continue.
Enjoy more articles by logging in or creating a free account. No credit card required.
Log in Sign up Subscribe
You are the owner of this article.
Edit Article Add New Article
You have permission to edit this article.
Edit

MNF: Latest scores and updates from Chiefs vs. Bills and Cardinals vs. Cowboys 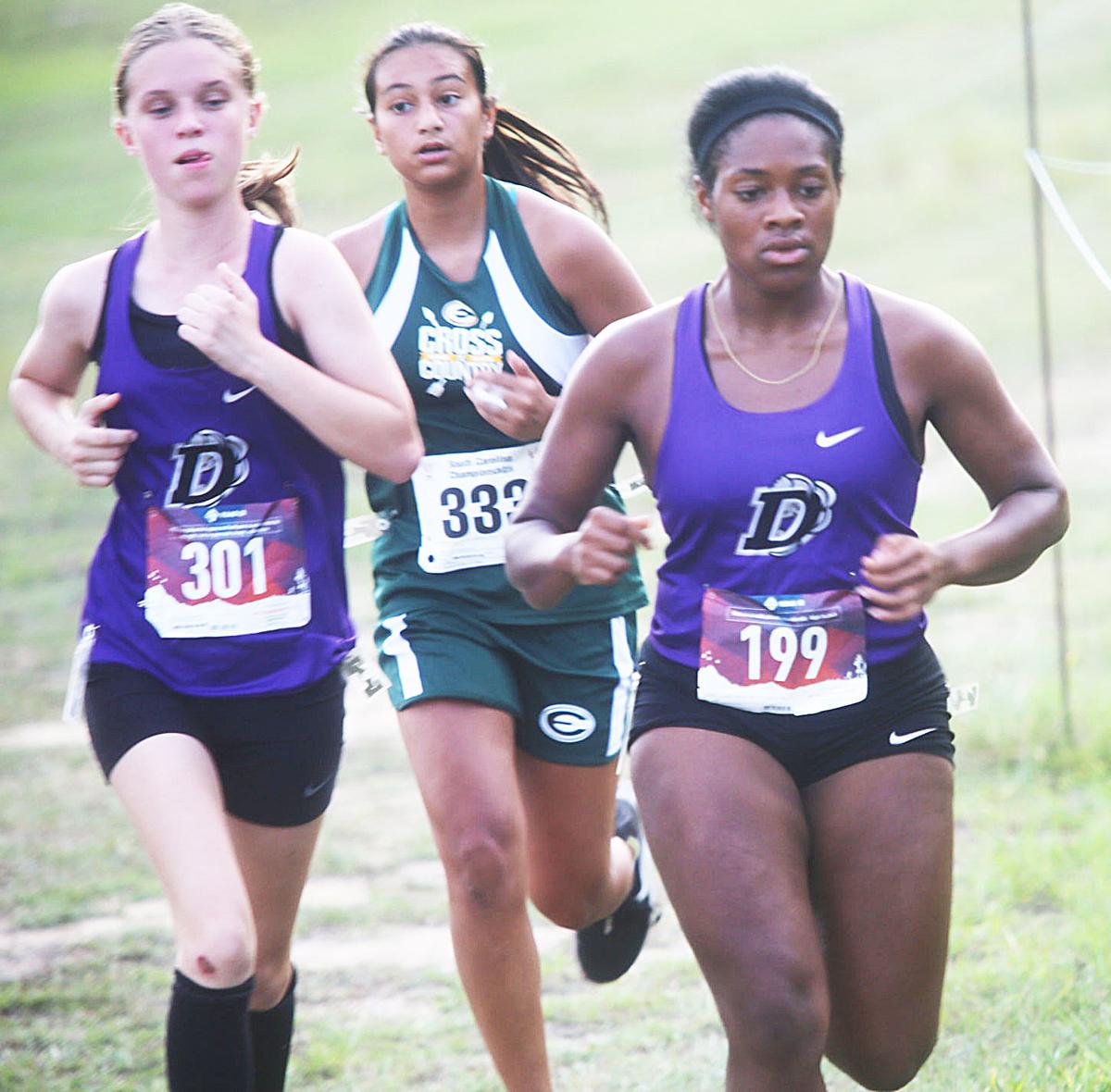 Darlington's Ava Wirhousky (left) and Gabby Robinson (right) hope to help the Falcons place high this Tuesday when they compete in the state cross country meet at the Carolina Cup Facility in Camden. 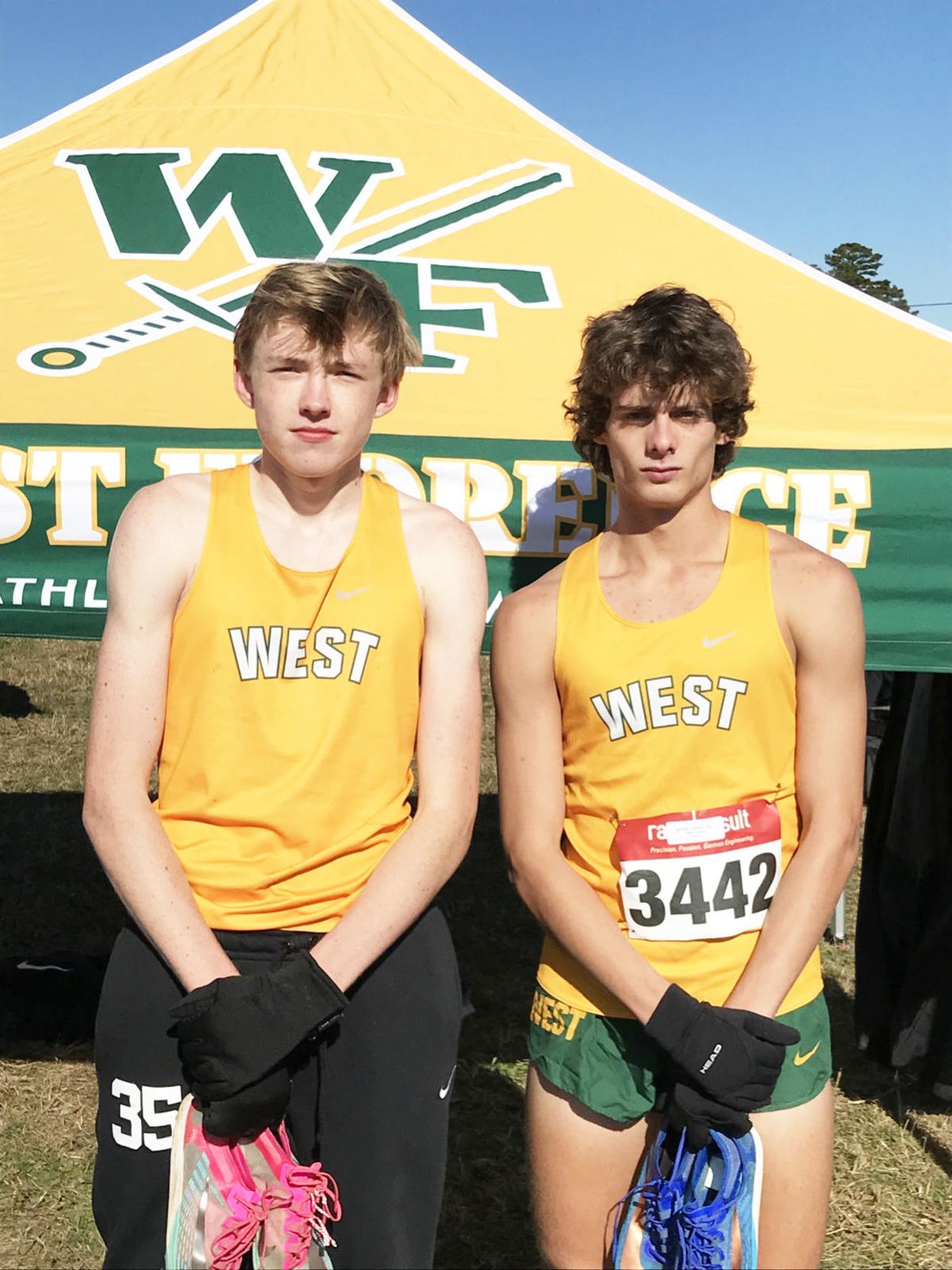 FLORENCE, S.C. — It was going to be at a new site regardless, moving from Columbia’s Sandhills Research Center to Camden’s Carolina Cup facility,

“I think it benefits the kids a lot,” Darlington coach Rich Wideman said. “The kids would have been OK and they would have run it if they had to, but it’s going to be much better for them in a little bit sunnier and warmer weather than cold and rain.

“The high school league had to a make a tough decision.”

The timing might be a little unfamiliar, but the course likely won’t be for the Pee Dee teams and individual runners who qualified.

“We’ve been there twice,” Wideman said of Camden’s course. “First time was for the Coaches Classic, and the course was really not all that great. But some changes were made and we were back there for another race two weeks later, and it was much better.

“I think that helps, knowing where things are and where you are on a course makes a big difference. It’s hard to replicate that.”

The Class 4A Falcons qualified their boys and girls teams, as did Hartsville and Wilson’s girls. Individually, Wilson’s Kaleb Burroughs also qualified on the boys’ side.

“We were pretty confident the girls would get in because they’ve been running pretty well all year,” Wideman said. “If the girls run to their potential, we’re hoping for a top-10 finish. This is what we came for, and we’re hoping everything comes together and they can finish strong.”

Rileigh Hughes finished fifth in the state qualifier, and she has a chance at all-state, according to Wideman. Teammate Shaleigh Lacy also had a top-10 qualifying finish.

On the boys’ side, the Falcons just made the cut in ninth place at the state qualifier in what Wideman said has been a rebuilding season.

“We graduated a bunch of seniors last year and really only brought back two of my top five last year,” Wideman. “We’ve had a few surprises in guys like Jalen Samuel and Jonah Ham, and we also have a seventh-grader running for us (Thomas Hopkins). So, we’re very happy to be in and looking forward to running our best race again.”

The 5A boys’ race will kick things off at noon with a pair of West Florence runners eyeing strong finishes to their seasons. Pearson Mixon and Conner Bailey also qualified as individuals, with Mixon finishing ninth overall in the qualifier. The two also have the added advantage of having raced at the Carolina Cup just within the last two weeks as the Mid-State qualifier was held there.

“They ran really well, and Conner actually tied his (personal record),” Knights coach Jim Fritchman said. “That gives them a confidence boost. They’ve got a good feel for it.”

Personal records and all-state selections are what both runners are shooting for, Fritchman said, and Mixon is also aiming to qualify for the Shrine Bowl Run available for seniors. That honor features a relay-type run with footballs by runners from both Carolinas in connection with the Shrine Bowl football game.

“There’s a certain number you have to reach, I think it’s sub-17 (minutes) this year,” Fritchman said. “So that’s a privilege to make that team and I know Pearson’s shooting for that as well.”

Darlington's Ava Wirhousky (left) and Gabby Robinson (right) hope to help the Falcons place high this Tuesday when they compete in the state cross country meet at the Carolina Cup Facility in Camden.