In an effort to decrease the risk of stroke for patients who might not be a candidate for other stroke treatments, McLeod offers a new minimally invasive procedure to treat carotid artery disease.

The carotid arteries, the main arteries to the brain, carry blood flow on each side of the neck up into the brain. Their function is to provide oxygen.

Over time, some people develop problems with the arteries to their brain in the form of blockages as plaque builds up in the walls of their carotid arteries. This plaque consists of cholesterol, calcium and fibrous tissue.

As the plaque increases, the arteries narrow and eventually the buildup of plaque reduces the blood flow through the arteries. If those blockages get severe enough, they can cause a stroke.

Ischemic strokes account for 80 to 90 percent of strokes, with an estimated 20 to 30 percent caused by disease in the carotid arteries.

Carotid artery disease is a serious issue, because blood clots can form on the plaque, and if a clot or a piece of plaque breaks loose and travels to the brain, it can block the blood flow to that portion of the brain.

Carotid endarterectomy is a procedure performed by a vascular surgeon to treat carotid artery disease. During this procedure, the vascular surgeon exposes the carotid artery through an incision on the side of the neck. The artery, after being clamped on both sides of the blockage, is then opened to access the plaque. The plaque is removed from inside the artery and the artery then sewn back together.

This is an effective treatment for decreasing the risk of stroke. However, some patients have medical conditions that place them at high risk for carotid endarterectomy.

For these patients, a new procedure called transcarotid arterial revascularization (TCAR) is now available. During the procedure, the surgeon makes a very small, one-inch incision just above the collarbone to gain access to the blocked artery while the patient is under local anesthesia. TCAR is a more viable option for patients who have medical conditions that would prohibit them from undergoing an open procedure like the carotid endarterectomy.

To divert any dangerous debris that might break loose during the procedure, the blood flow in the carotid artery is temporarily reversed. A soft, flexible tube, placed directly into the carotid artery, connects to a filter system that directs the blood flow away from the brain and captures fragments of plaque that might come loose during the procedure. The blood is filtered and returned through a second tube placed in the patient’s thigh.

This filter system also allows stenting to be performed to clear the blockage in the carotid during the blood-flow-reversal process. A stent, a tiny mesh wire tube, implanted inside the carotid artery, stabilizes the blocked area. The stent stays in the artery permanently to hold the artery open. After securing the stent, the filter system is removed and blood flow to the brain resumes its normal direction.

Recovery time for this procedure is short, since the incision is so small and generally is done with minimal anesthesia. The procedure requires an overnight stay in the hospital, and most patients return to their normal activities within a week.

After the TCAR technology underwent testing and clinical trials, the results were so powerful that the FDA approved and released it to programs such as the McLeod Heart and Vascular Institute, which has an established Carotid Stenting Program and serves as a member of the Vascular Quality Initiative for South Carolina. Being part of a quality initiative means McLeod compares the results of all of its vascular cases with its peers both regionally and nationally. The first class of surgeons in South Carolina to complete the FDA training were from McLeod.

Dr. Carmen Piccolo is a board-certified vascular surgeon. He cares for patients at McLeod Vascular Associates along with Dr. Eva Rzucidlo and Dr. Gabor Winkler, who also are vascular surgeons.

Atrial fibrillation is a heart condition where the upper chamber of the heart beats irregularly. This can cause blood to pool and form clots in an area of the heart called the left atrial appendage. If a blood clot does form, it can travel through an artery to the brain and cause a stroke.

One in four families has a member with a chronic wound. For this reason, it is crucial for us as wound care experts to educate patients, caregivers and other health care providers about chronic wounds and advanced wound care treatment options.

Prostate cancer is the most common non-skin cancer diagnosed in men.

Peace of mind: the value of advanced directives

Every day, millions of Americans provide care for aging and debilitated family and friends – from helping with daily living tasks, such as eating, dressing, and transporting to doctor appointments, to more complex matters such as advocating for their loved one’s medical rights and treatment preferences.

The importance of TIME in sepsis prevention

When you hear the word sepsis, you might think of a condition occurring only in hospitalized patients, but did you know that common infections such as UTIs and the flu can lead to sepsis? 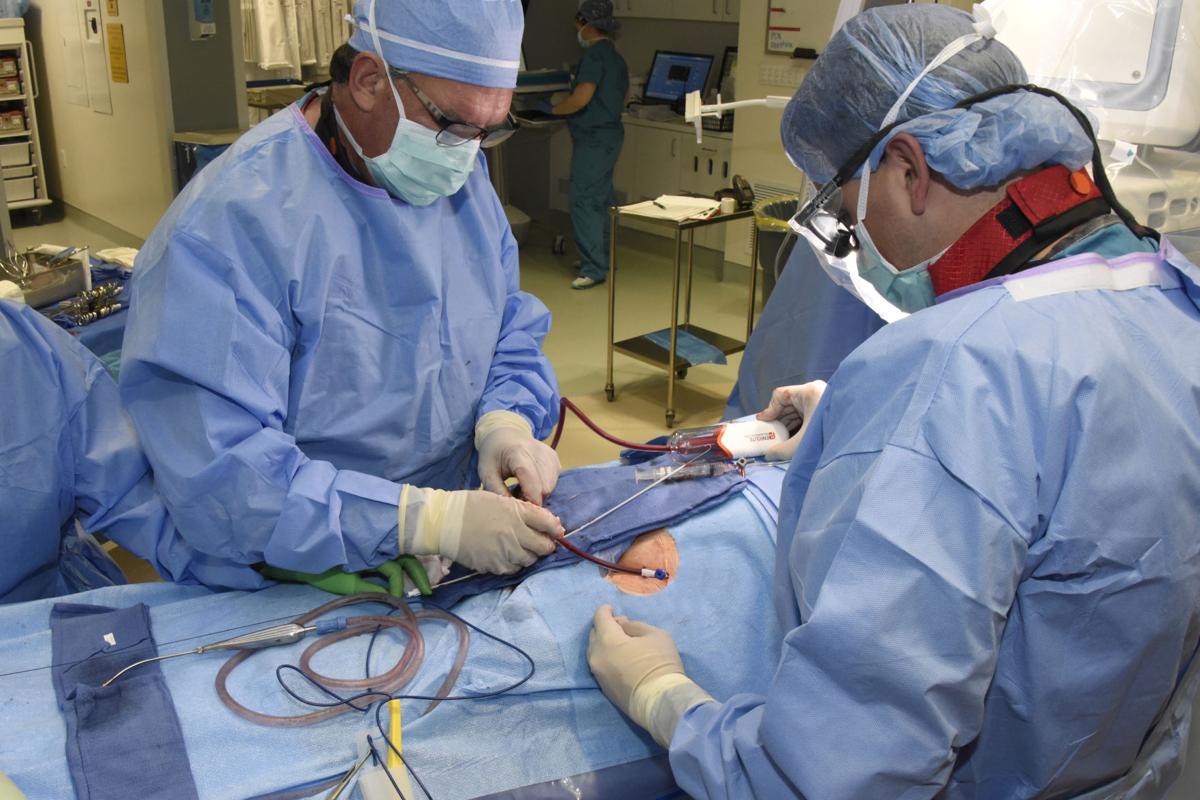 McLeod vascular surgeons Christopher Cunningham (left) and Carmen Piccolo protect the patient from suffering a stroke by temporarily reversing the blood flow from the brain into the patient’s thigh during a transcarotid arterial revascularization  procedure. 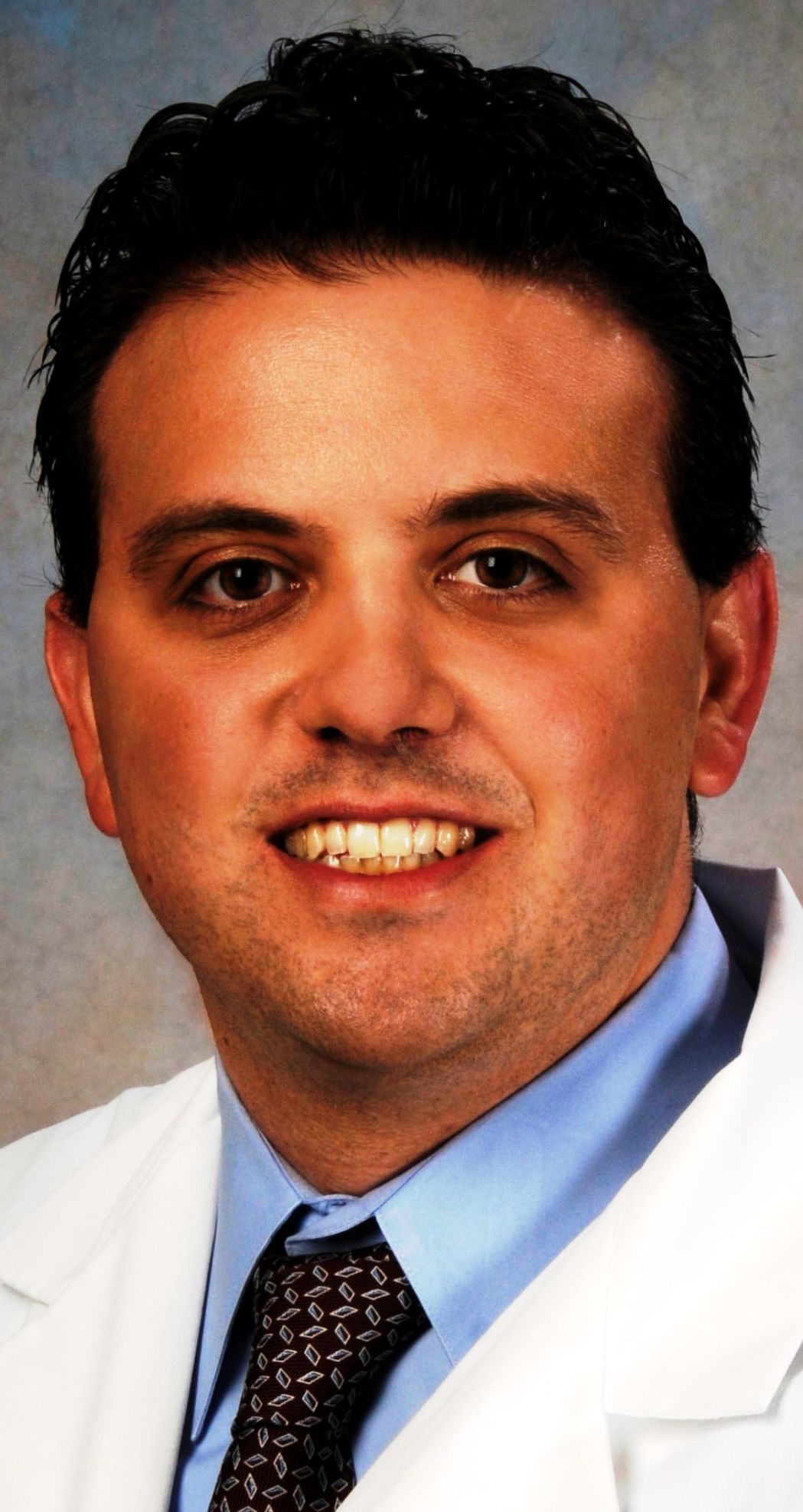