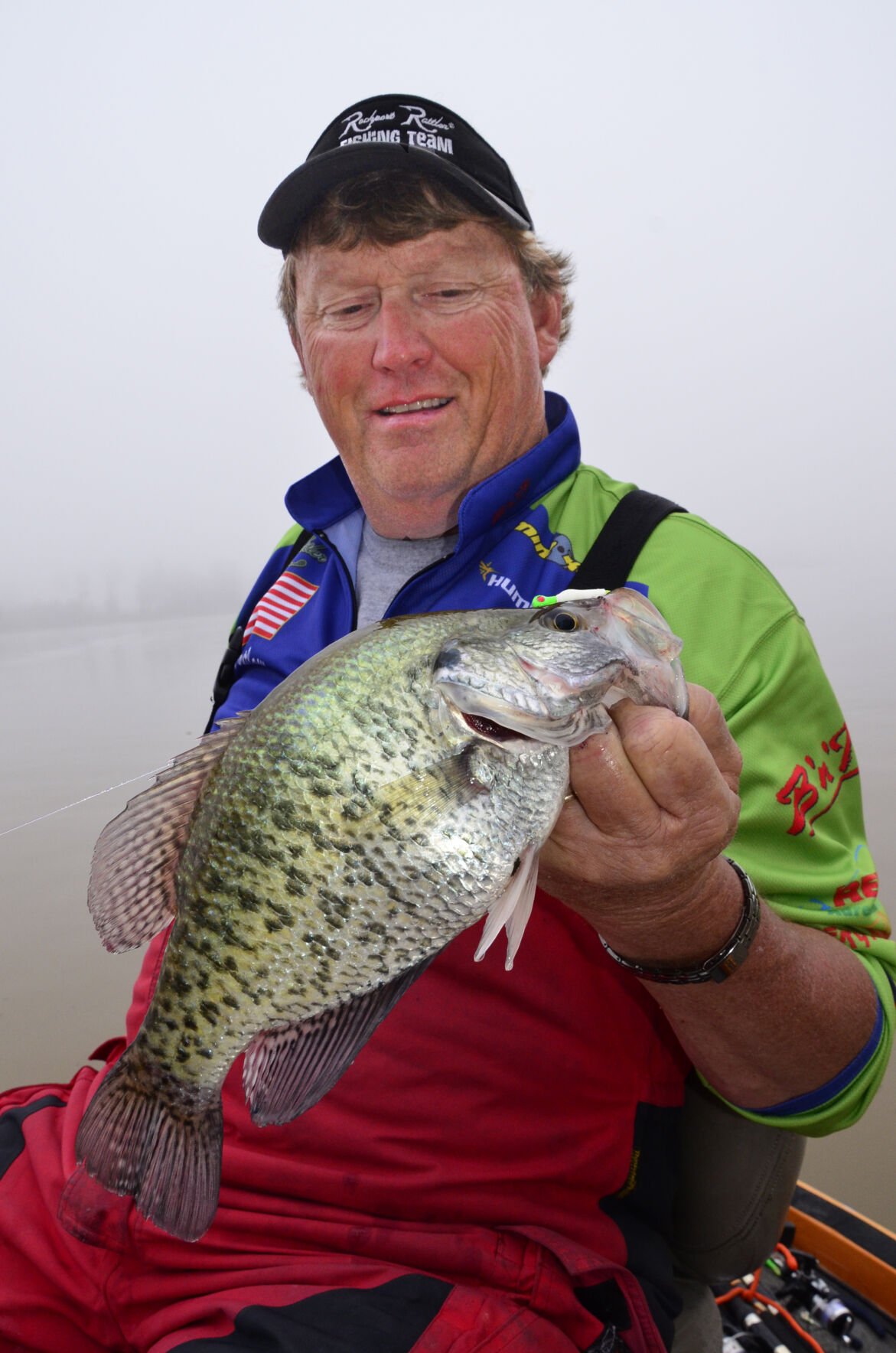 Whitey Outlaw, a third-generation crappie fisherman, has learned many of the mistakes made by crappie anglers in the winter. 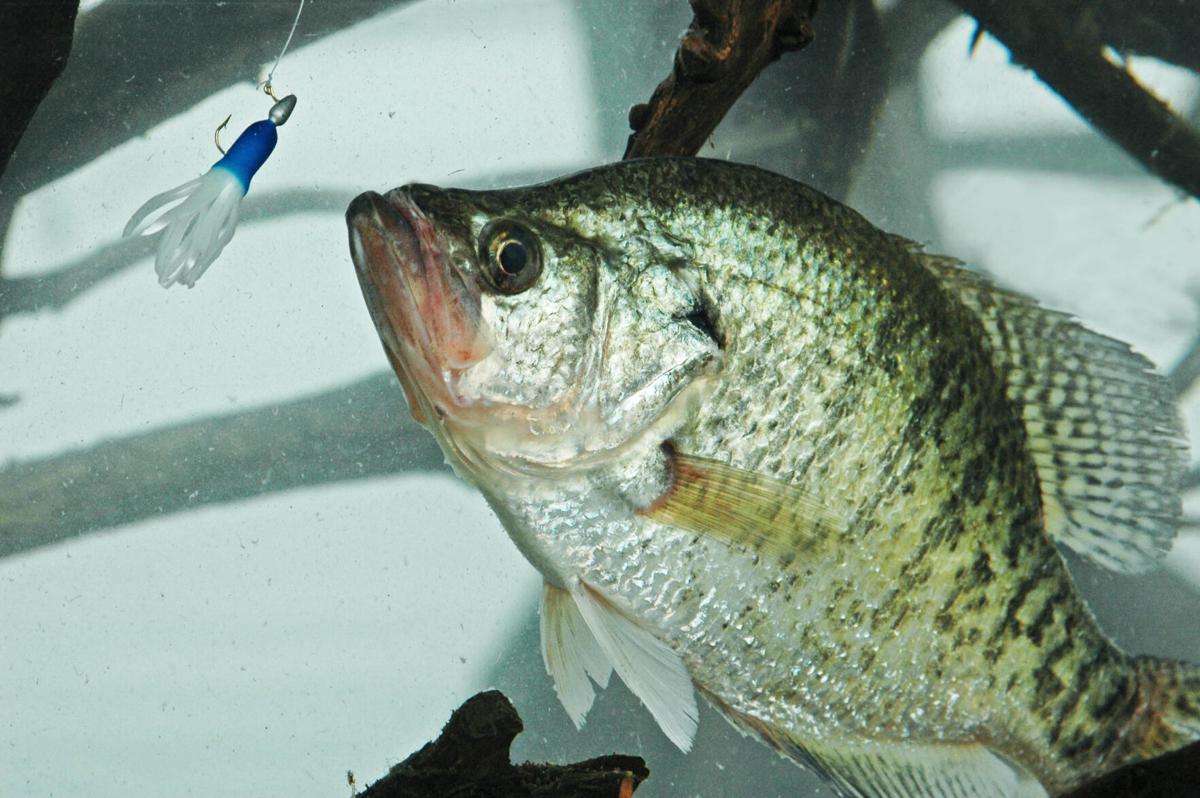 Because the crappie’s metabolism slows down in the winter months, Whitey Outlaw suggests you fish with smaller jigs than you will in the spring or summer. 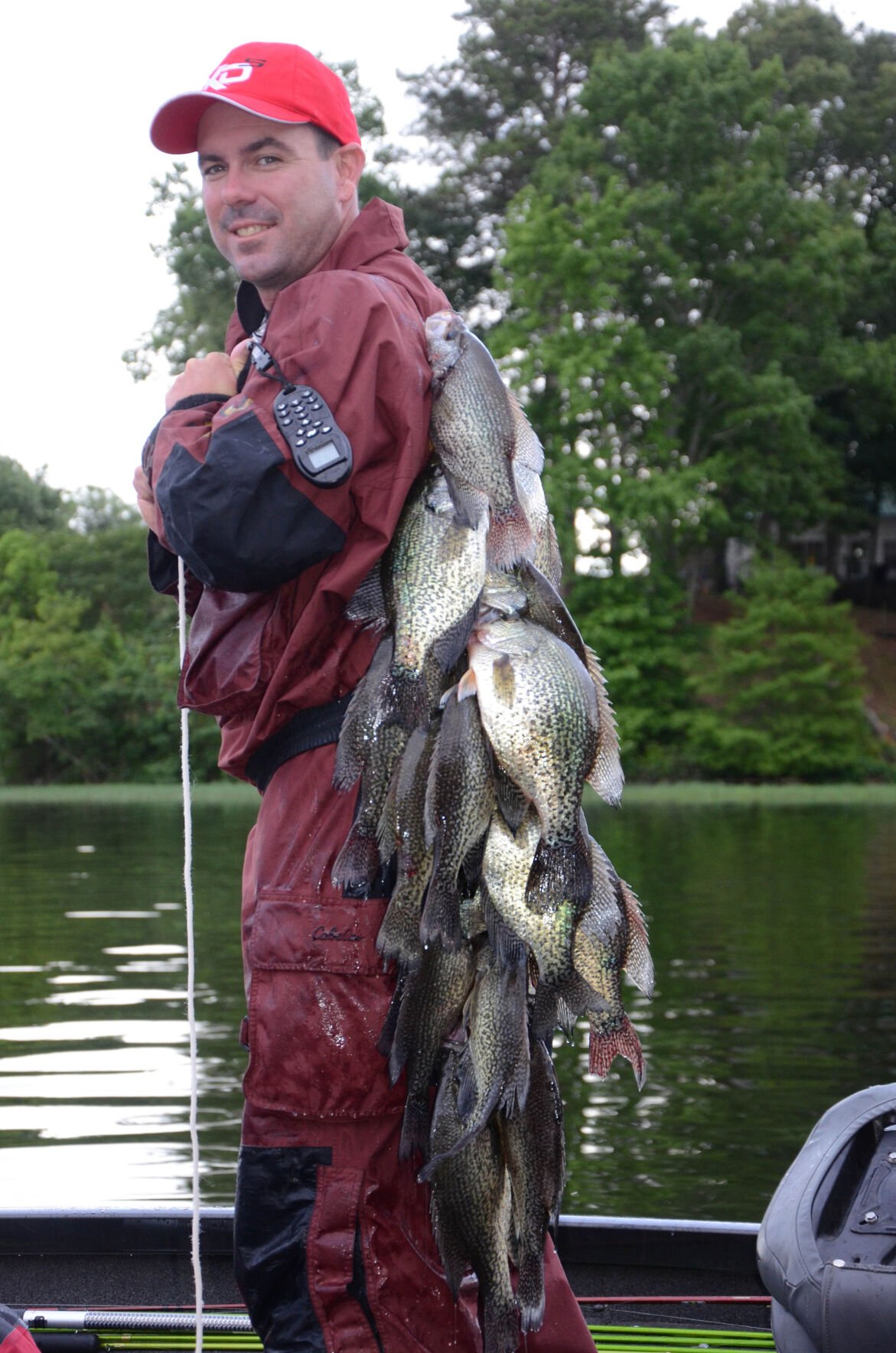 Catching a mess of crappie like this in the winter months means you’ve found several spots where crappie will bite at the time of day you’re fishing, because generally crappie don’t bite all day in cold weather.

Crappie fishermen don’t catch crappie in the wintertime for many reasons.

Here are 10 ways to solve these problems.

• They fish too fast during the winter. The crappie’s biting metabolism has slowed down at this time of year, and they don’t want to chase a bait.

• They need to fish lighter line. The 6- to 8-pound test line will fish deeper, which often is where crappie are in cold weather.

• They fish with baits too big. Crappie aren’t eating as much then as they are at other times of year and seem to prefer smaller baits. Fish a 1/32-ounce jig or medium to small minnows.

• They fish the wrong area of a lake. At this time of the year, crappie fishermen may be fishing at the mouths of creeks, assuming crappie are holding at the mouth of the creek, waiting on warmer weather to move into and up the creek and in the backs of the creeks to get out of the wind. But if you want to catch crappie in cold weather, you’ll have to fight the wind and fish the main lake and river channels.

• They quit too quickly. Since crappie won’t bite all day long during the winter months, you’ll have to be there when they decide they want to bite, which may mean remaining on the lake all day.

• They aren’t fishing with the right equipment. I like a 14-foot pole with backbone that allows me to get further away from the boat and spook fewer crappie. I fish light line and little minnows in deep water and depend on my electronics.

• They aren’t using a lake map that enables them to quickly and easily pinpoint river channels, creek channels, drop-offs and ledges — all structure that holds crappie. Crappie are patternable in the winter. Once you establish a pattern, you need to know where you can run to other places on the lake and find that same type and depth of water. A lake map will give you that information.

• They don’t have or aren’t using a GPS (global positioning system). If I catch one or two nice crappie on a place I’m fishing, I’ll quickly mark that location as a waypoint in my hand-held GPS receiver. If I keep returning to where the school of crappie is located, at some time during the day, that school has to feed.

• They have fished in the deep water too long. During the winter months, although crappie historically hold in deep water, late in the afternoon when the water warms up, those fish often will move up out of that deep water onto the top of a ledge and be in 8-10 foot of water.

Bonus tip: Don’t be afraid to put some color in the water. Often during the winter, the crappie want some color, a little sparkle or some glitter besides a minnow only. If you’re not catching wintertime crappie, start experimenting with jig and minnow combinations, using different colors.

Wintertime crappie fishing is like coaching a football team. You have to run different plays to determine what’s working, and you may have to change your game plan and try something new or different to make those fish bite once you locate them.

You smoke the crappie fillets and use any left-over meat to prepare this delicious appetizer.

Flake fish and combine with other ingredients. Makes two cups of dip. Serve with chips, crackers or raw vegetables.

We’ve made this recipe through the years with just about every kind of fish, and it’s always tasty. A fishing friend gave this recipe to my wife when we first married.

Place the fillets on a platter. Lightly salt, and allow to sit for about 30 minutes. Sprinkle each piece of crappie with steak sauce. Apply a small pat of butter to each fillet. Squeeze freshly cut lemon over fillets, and cover fillets with slices of bacon. Cook in a smoker or an oven at 350 degrees for 30-40 minutes, until the bacon is done.

A look at some of the outdoor activities you can find throughout South Carolina.

Whitey Outlaw, a third-generation crappie fisherman, has learned many of the mistakes made by crappie anglers in the winter.

Because the crappie’s metabolism slows down in the winter months, Whitey Outlaw suggests you fish with smaller jigs than you will in the spring or summer.

Catching a mess of crappie like this in the winter months means you’ve found several spots where crappie will bite at the time of day you’re fishing, because generally crappie don’t bite all day in cold weather.