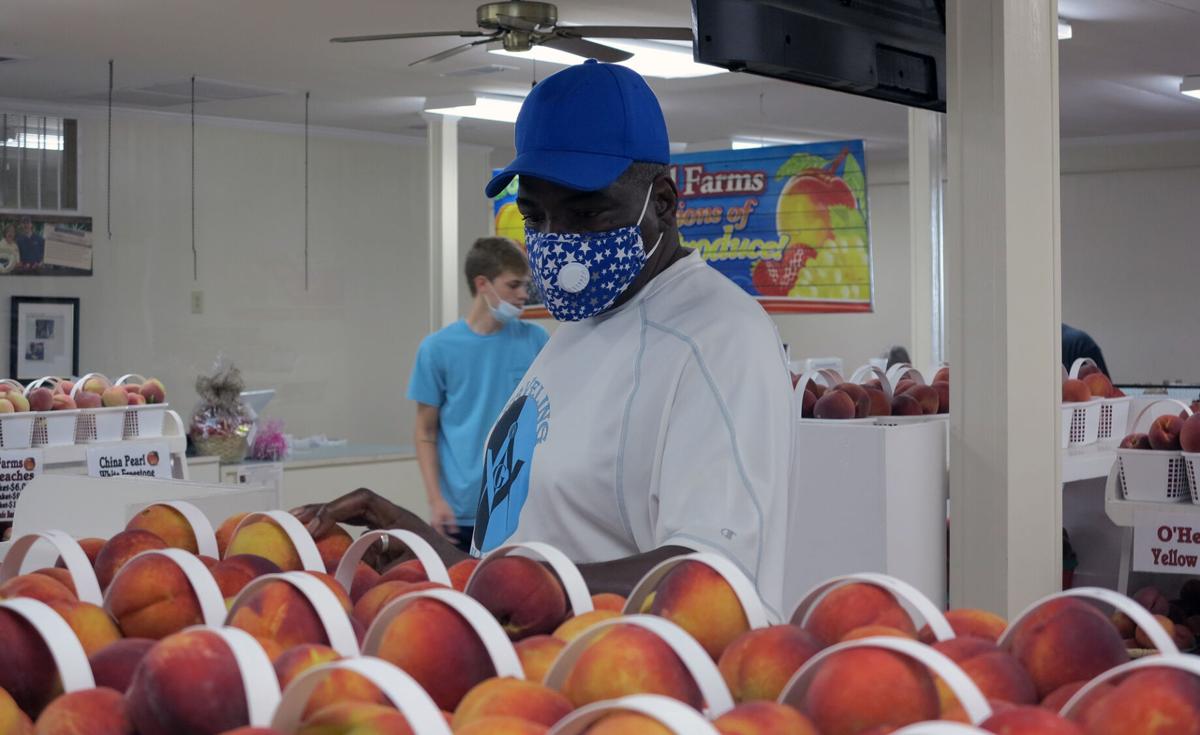 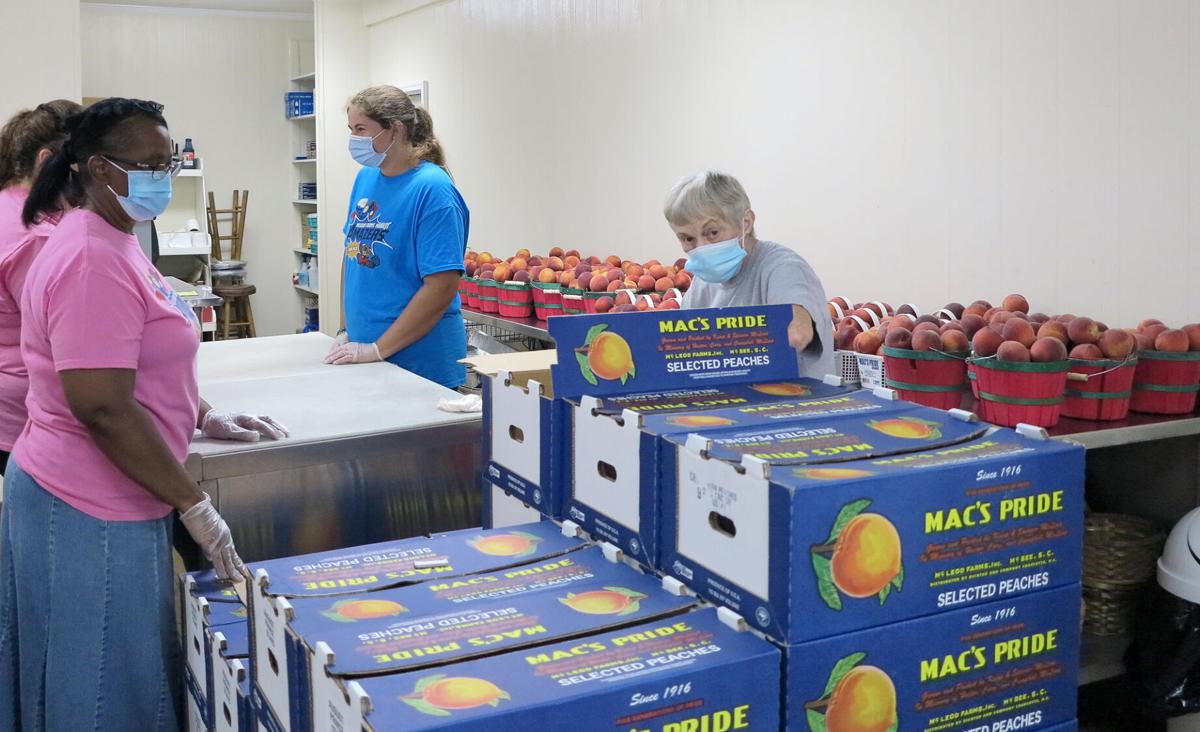 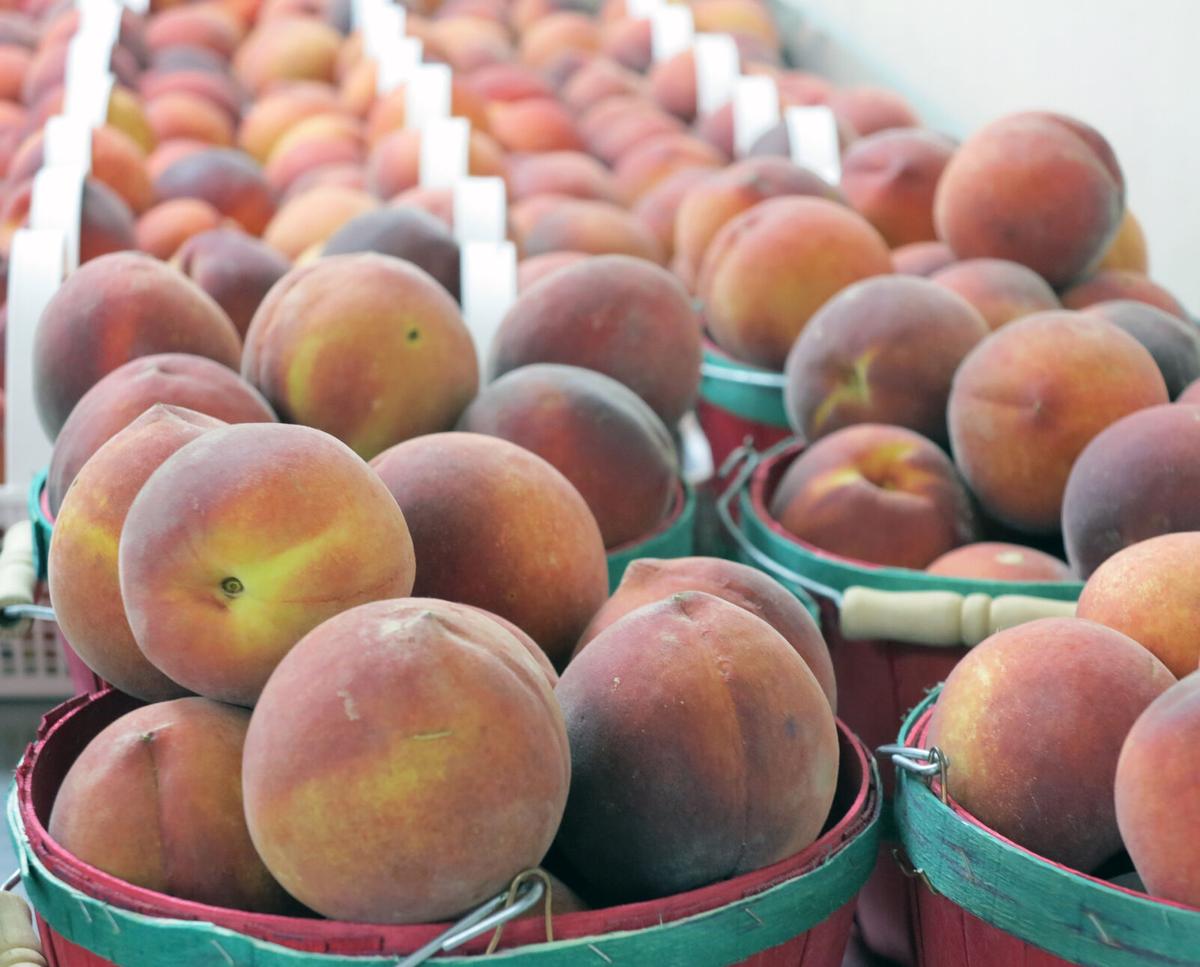 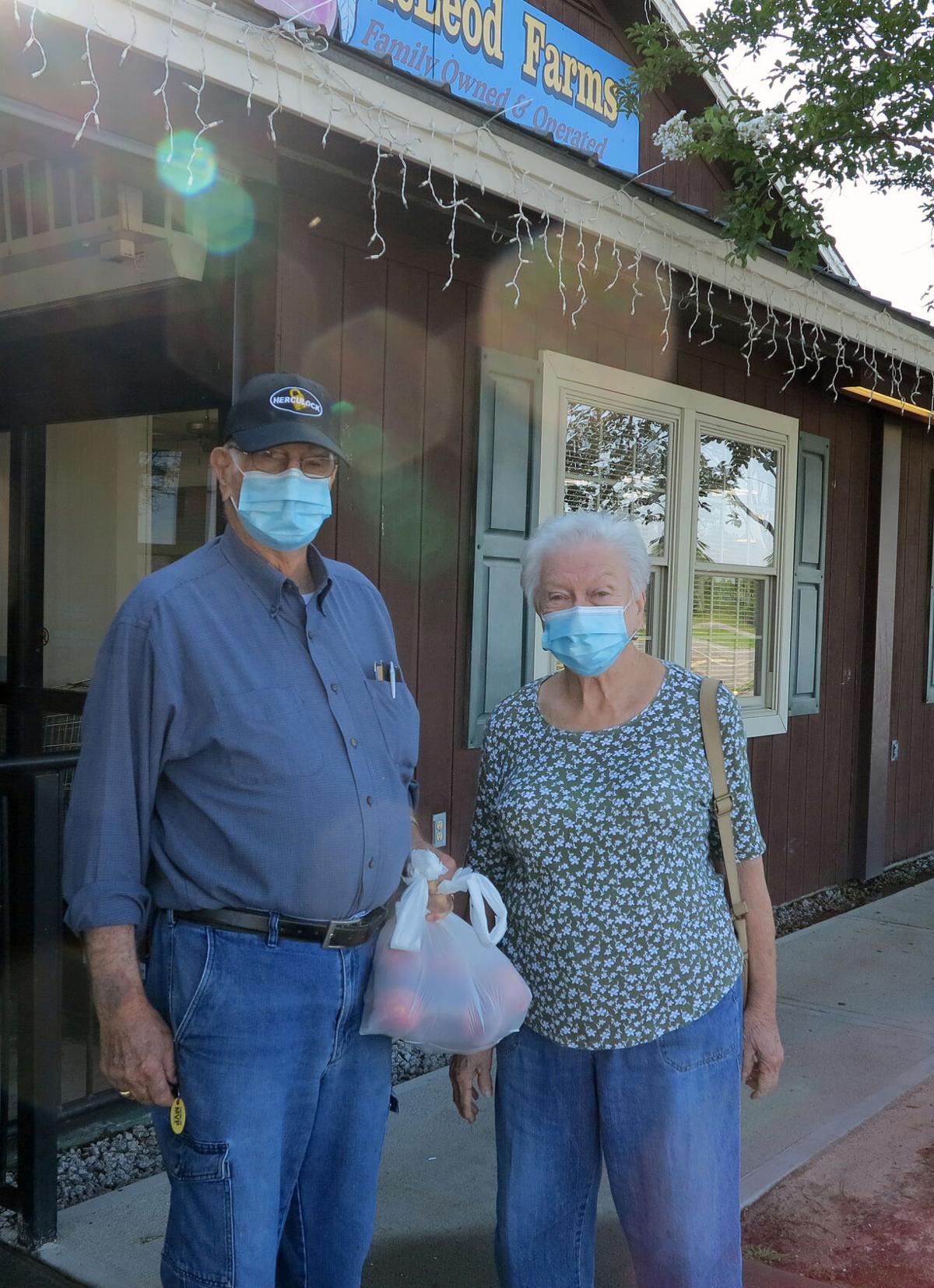 MCBEE, S.C. — This is the time of year when people in the Pee Dee look forward to fresh, locally grown peaches and summer vegetables.

McLeod Farms in McBee is one of the largest suppliers of peaches in the area. It operates the Roadside Market between Hartsville and McBee daily and ships peaches all over the nation to grocery stores and to homes in gift baskets.

McLeod Farms is now owned by Kemp McLeod, who represents the fourth generation to work the family orchards. He learned the operation from his father, Campbell McLeod, who was preceded by Cary McLeod and the original owner, Hector McLeod.

The fifth generation of the McLeod family and Kemp’s children are already sharing responsibilities in running the day-to-day operations at McLeod Farms.

Rachel McLeod McCormick said McLeod Farms has met some challenges this year, first with COVID-19, then a major hailstorm and too much rain, something farmers rarely say. McCormick said the rain prevented them from getting into the fields. They plant row crops, too.

“We did have a hail storm on May 5 that took out several peach orchids and brought the strawberry season to a halt (temporarily),” McCormick said.

She said some of the strawberries came back, extending the strawberries season into June. She said the peach season, which begins in May, will last for a few more weeks. It should be over by the end of August. Due to a shortage of peaches and COVID-19, McLeod Farms is limiting purchasers to two boxes of peaches per visit.

McCormick said the biggest effect of COVID-19 came in March when the schools shut down and they had to begin training employees about wearing masks and sanitizing and taking daily temperature checks.

“Our field trips came to a halt,” McCormick said.

Normally in the spring, schools plan tours around strawberry season, and a Strawberry Festival is held, but this year both were canceled, as was the annual Peach Festival in July.

McCormick said thankfully local customers started coming in for produce and other items.

“Business has been good,” McCormick said.

McCormick said that tourist traffic heading to and from the beach by way of S.C. 151 has dropped off some this summer. She said Sundays were very busy for them, as many beachgoers checked in and out on that day. The Roadside Market is on S.C. 151.

McCormick said those who have stopped have said they appreciate the Roadside Market being open and having clean restrooms. She said they have recently spaced the tables apart so people can sit and enjoy ice cream on the porch. The Roadside Market sells ice cream, cakes, bread and a few other prepared items.

McCormick said because of COVID-19, they have limited the number of customers inside the Roadside Market at one time to approximately 50. They also offer a curbside pickup for those who don’t want to come inside.

Pre-orders are taken online for pickup with no-contact register payment. To avoid large crowds, McCormick said, shopping during the week early in the morning or afternoons is best. The noon or lunch hour is usually busy, she said.

According to its website, McLeod Farms grows more than 20 varieties of peaches. Peach season runs through August and workers can be found picking, grading, packing and preparing shipments of peaches to all parts of the United States and Canada.

Three of the most popular varieties this year have been Sun Prince, Cresthaven and Winblo, McCormick said. She said Sun Prince was a surprise as the No. 1 favorite this year. It hasn’t been among the favorites.

The Roadside Market has both yellow and white tree-ripe peaches available.

Blackberries are still in season. Some of the fresh vegetables include okra, squash and onions.

South Carolina is the leader in peach production in the Southeast, followed by Georgia and Virginia.

At McLeod Farms, peaches are picked every day when in season.

McCormick said the Pumpkin Festival for this fall has been canceled. She said they are hoping to have a virtual pumpkin festival for the schools. She said annual fall corn maze is still planned at this time. There will be plenty of pumpkins for pickup.

COLUMBIA, S.C. – Of the 532 new confirmed coronavirus that were reported Monday in South Carolina, only 31 were from the Pee Dee.

Murphy Monk is named Kiwanian of the Year by Hartsville Club

COLUMBIA, S.C. – Of the seven confirmed coronavirus deaths in the state announce Monday by the South Carolina Department of Health and Environmental Control, four were from the Pee Dee.

HARTSVILLE, S.C. – A ribbon cutting was held Monday morning at Maxyne’s restaurant in downtown Hartsville. The restaurant will officially open…

Kelly Benton takes over as president of the Hartsville Kiwanis Club

HARTSVILLE – The Kiwanis Club of Hartsville will begin a new year at noon Thursday at its annual meeting at the Hartsville Country Club. New o…

HARTSVILLE — Papa John’s in Hartsville has reopened and celebrated with the Greater Hartsville Chamber of Commerce with a ribbon cutting on Sept. 16.

COLUMBIA, S.C. – South Carolina’s Department of Health and Environmental Control is clarifying data from the federal government about deaths related to COVID-19.

HARTSVILLE – Southern Sercie in downtown Hartsville held a ribbon-cutting ceremony for its grand opening on Friday. The embroidery and gift bo…