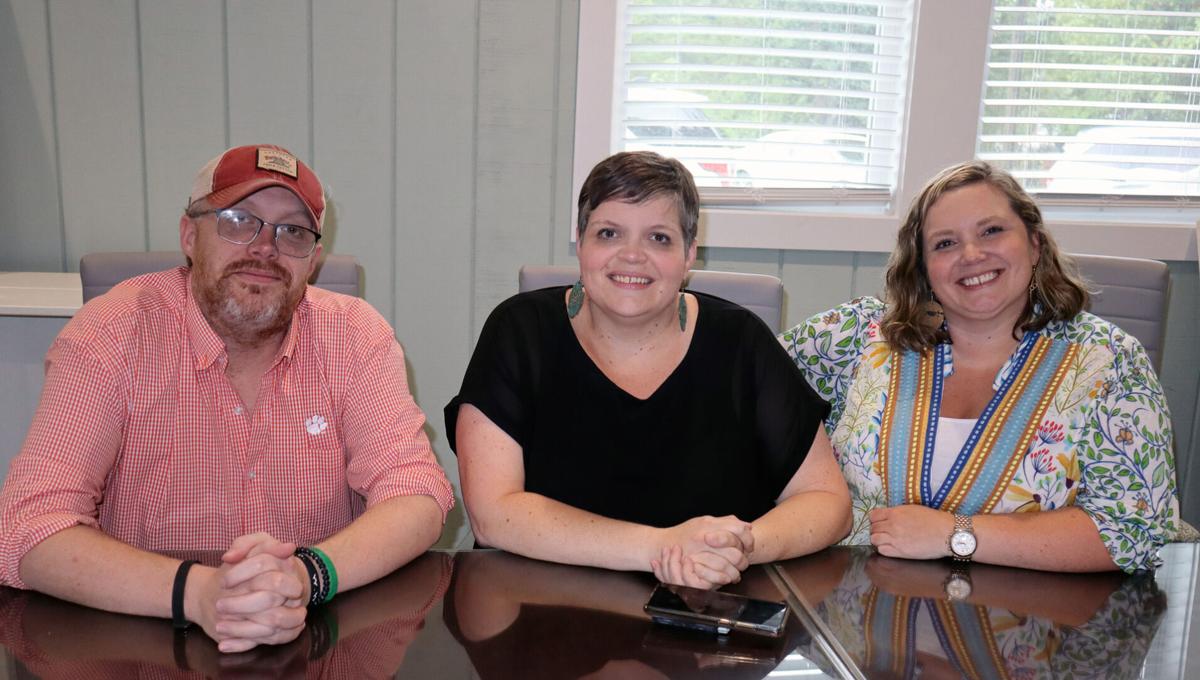 Bo, Scottie and Becky Hill opened the Trent Hill Center in Hartsville in honor of their father, who died in Dec. 2012 after battling dementia. Their mother also suffers from dementia. 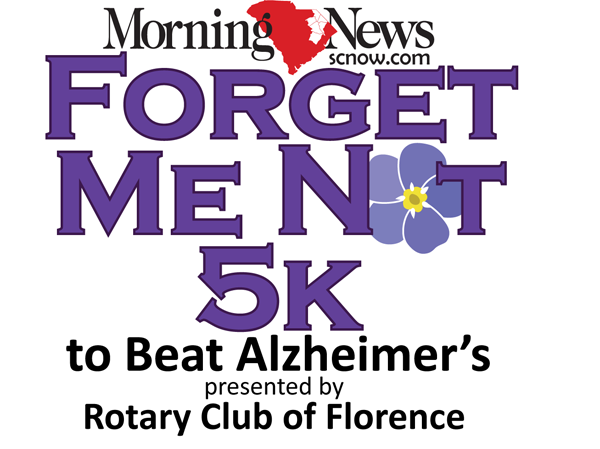 HARTSVILLE, S.C. — Caregiving for a family member who has any form of dementia is a daunting task, but going through it twice is unimaginable.

The unimaginable happened to sisters Scottie and Becky Hill and their brother, Bo. First with their father, Trent Hill, and now their mother, Anna Hill, the siblings are seeing a parent’s decline from a form of dementia.

Scottie said her father was originally diagnosed with early onset dementia, but in 2004, when he went to UNC-Chapel Hill for further tests, the diagnosis was frontotemporal dementia (FTD). It is characterized by prominent changes in personality and behavior, according to the Alzheimer’s Association website. People can develop the disease as early as their 20s and as late as their 80s.

Their father was 51 years old.

In March 2002, Scottie said, her father went to New York where she was living to help her find an apartment in Brooklyn. He didn’t seem himself. He couldn’t do the things he once could.

He couldn’t follow road signs. They went out to dinner, and he couldn’t figure out the tip.

Becky said he suddenly couldn’t do simple things like send an email or a fax.

Scottie said they rationalized it by thinking maybe it was because someone else always took care of those tasks at work.

His behavior was not characteristic of someone who had been the chief financial officer of a major company, she said.

“We had a neighbor who had Alzheimer’s, and he didn’t act like that,” Becky said.

“One time he couldn’t remember the word for driver’s license,” she said.

Scottie said their mother found a clinical trial in Maryland and enrolled their father.

However, as the disease progressed, Scottie said, her father eventually couldn’t talk, and his behavior became aggressive out of frustration.

“Mom had to go to Charlotte to the airport, probably to pick me up,” Scottie said, “and she took him with her. He couldn’t speak, but he pointed and directed her to the airport.”

She said one of the hallmark signs of FTD is apathy. She said they were not sure if he couldn’t talk or just gave up trying.

“It was really bad for a while,” Bo said.

“Physically he was strong,” Scottie said. “We started to become worried about our mother’s safety.”

When their father got sick, all three of the siblings were in their 20s. Bo was a student at Clemson University.

She said they started looking for an assisted-living facility for their father but couldn’t find one that would take him because of his aggressive behavior and strength.

“There came a time when Mom had no option,” Scottie said. “She hired 24/7 caregivers.”

Scottie said there was a long list of caregivers in the beginning who didn’t work out. One was arrested for robbery, another for murder, one eventually developed dementia and one abandoned their father while caring for him.

“Finally, we found a core group of caregivers who were reliable,” Scottie said.

The caregivers allowed the siblings’ mother the ability to leave her husband for short periods, but they said she was reluctant to do so.

Scottie said her mother came to visit when she had her first child but didn’t stay long.

“I remember crying,” she said. “I needed my mom, but she never wanted to leave him.”

The three siblings have used humor to get through many difficult days.

They recall situations that might not have been funny at the time, but they can laugh about them now, such as the time their father raked the yards for about three months straight or said uncharacteristic things.

“You adapt to a new normal,” Scottie said.

Becky said people would come over and question things he said or did. The siblings said they would just laugh and say, “That is daddy.”

Their father died in December 2012.

Becky said their mother showed them a strength they never knew she had. Their father had always been the one to service the car and take care of the finances. Suddenly their mother had to learn how to do all of that.

In October 2014, the unthinkable happened. Their mother started showing signs of dementia. Later, in 2016, she was diagnosed with Lewy body dementia by a neurologist at UNC-Chapel Hill.

The Alzheimer’s Association describes Lewy body dementia as “a type of progressive dementia that leads to a decline in thinking, reasoning and independent function because of abnormal microscopic deposits that damage the brain cells over time”.

According to the Alzheimer’s Association, most experts estimate that Lewy body dementia is the third-most- common cause of dementia after Alzheimer’s disease and vascular dementia. It accounts for 5% to 10% of the cases.

The diagnosis was a shock to them all. How likely was it that both of their parents would have some type of dementia? It was devastating news.

“I distinctly remember the day that we realized we no longer had a parent,” Becky said. “I thought – we don’t have anyone but each other.”

Their mother was the choir director at First Presbyterian in Hartsville for more than 40 years.

Scottie said her mother would go to the church for choir practice and couldn’t read the music correctly or would show up without the music. She said this wasn’t characteristic of their mother, who conducted about eight choirs. She said choir members were becoming upset with her behavior.

The siblings thought their mother was just having a difficult time coping with their father’s death.

Her doctor called it complicated grief, Scottie said. She had gone through some major life-changing events in a short time.

“We thought no way this could be happening to us again,” Scottie said, “although the signs were there.”

“We had an assessment done,” Scottie said. “She couldn’t draw a clock.”

Drawing a circle with a clock face is one of the tests administered to patients thought to have some type of dementia.

She couldn’t do the things she had been doing. She became paranoid; she started hallucinating.

Scottie said one day her mother thought Bo was standing over her with a gun, and another time she thought a village of pioneers in wagons with women wearing bonnets was camped in her backyard.

Bo said she created a child and gave it a name.

The time came when it was best for their mother not to live alone. She is now in the memory care unit at Morningside Assisted Living in Hartsville.

They said they can no longer carry on a normal conversation with their mother.

“She is losing her voice, too,” Scottie said.

She said one of the biggest differences between their mother’s condition and that of their father is that he never had any insight into what was happening to him, but their mother did.

“He was happy; he would laugh a lot and at lots of things,” Becky said.

“Mom knew something was happening to her,” she said. “It was sad to watch.”

They said she gave up driving without a struggle. Their dad wanted to keep on driving and once found the keys to the car.

Becky said their mother’s behavior has not become aggressive.

“She is very truthful,” Bo said with a smile.

Scottie agreed, thinking back to the time she asked her mother one day if she was mad at her.

“She said she wasn’t mad at me. That I was bossy,” Scottie said. “She said everyone knows you are bossy.”

The siblings said their mother seems to still know them when they go see her.

How have these siblings coped with both parents having been diagnosed with dementia?

She said some of things they laugh at are not really funny but it helps them to cope.

They all worry about what is in store for them. Scottie said there has been progress made since their dad’s diagnosis. It appears that his dementia could be genetic, she said.

There is genetic testing.

“I want to be tested,” Becky said.

Scottie’s concern is for her children and her husband should something happen to her.

They all wonder if stress in taking care of their father could have brought on their mother’s condition.

“Mom did everything she could to shield us from it,” Bo said.

He said that put a lot of undue stress on her. He said the loss of their dad was an enormous hardship for their mother.

“It may have been more tragic than we could realize,” he said.

“It is thankless. Four hours can seem like four days,” she said.

She said being a caregiver of a dementia patient is almost like parenting for the first time.

Scottie said you have to constantly worry about the patient getting out of the house. They have an increased risk of falling, too, she said.

She said thankfully their mother is staying in an area of Morningside where patients can’t get out. The facility is equipped to handle patients with dementia.

“Tatta” is the name Anna’s grandchildren gave her. Now everyone calls her that, Scottie said.

She has a lot of friends who still visit her and take her out for a ride or a milkshake, Scottie said.

A person with dementia is still physically present, but they are not the same person that you have known your whole life, Scottie said.

“You grieve the loss of that person,” she said.

The grief starts before they die.

“With dementia you never go through that acute grief period,” Becky said. “It is not unexpected. There is never a peak.”

She said it is as though people think the burden is gone.

Scottie said there are not many resources in the area or support systems for caregivers and patients with dementia.

“You need someone to tell you that what you are doing is OK,” she said. “We are thinking about starting a support group here.”

RUN/WALK FOR A CAUSE

WHAT: The Rotary Club of Florence Forget Me Not 5K to Beat Alzheimer’s, presented by the Morning News.

WHERE: Downtown Florence, starting and ending at the James Allen Plaza at 109 S. Dargan St.

COST: $30 in advance, $35 on race day and $15 for students. To register in advance, visit florencescrotary.org.

WHY: Proceeds will go to the Alzheimer’s Association to support local efforts against Alzheimer’s.

HARTSVILLE – Acai Express has joined the Greater Hartsville Chamber of Commerce and celebrated last week with a ribbon-cutting ceremony.

The Byerly Foundation donated $900,000 in grants this fiscal year

HARTSVILLE – The Byerly Foundation, a private foundation in Hartsville with a mission of helping many organizations in the community help make…

HARTSVILLE, S.C. – A long line circled the new Dunkin’ in Hartsville on Fourth Street on Sept. 8 morning in anticipation of the opening. The f…

DARLINGTON, S.C. – The Darlington County road maintenance fee may soon be no more.

HARTSVILLE, S.C. – The smell of fresh paint greeted guests Sunday as they entered the Gymatorium at the Butler Community Center.

HARTSVILLE – The Butler Heritage Foundation will host a public open house to celebrate the renovations to the Gymatorium.

Bo, Scottie and Becky Hill opened the Trent Hill Center in Hartsville in honor of their father, who died in Dec. 2012 after battling dementia. Their mother also suffers from dementia.