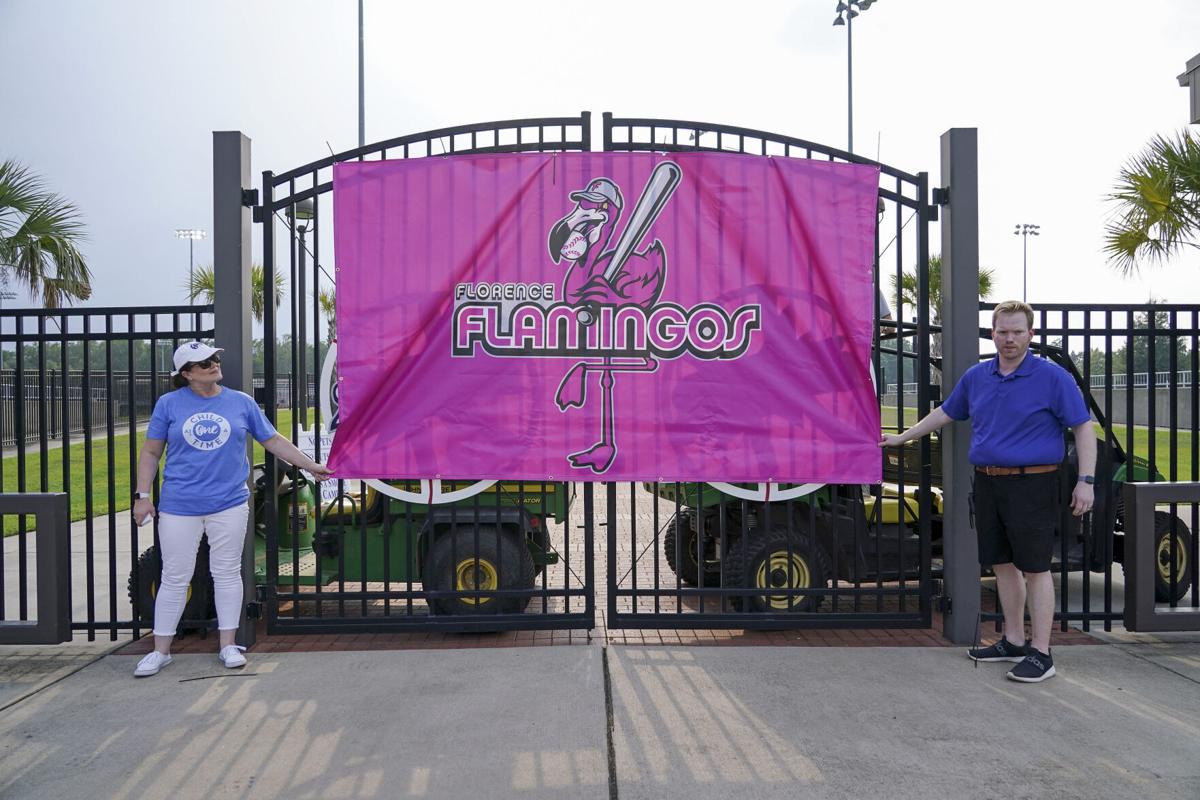 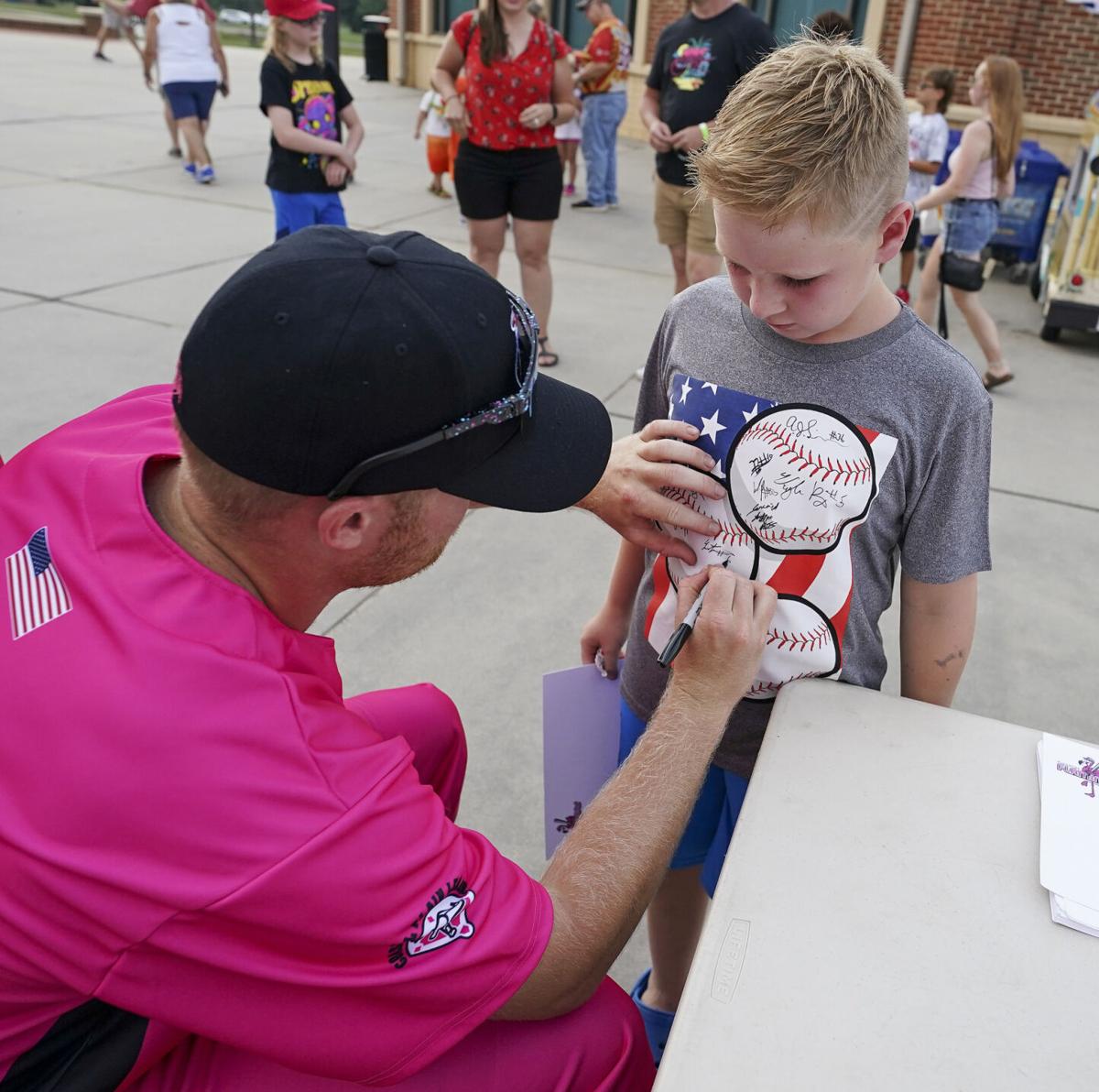 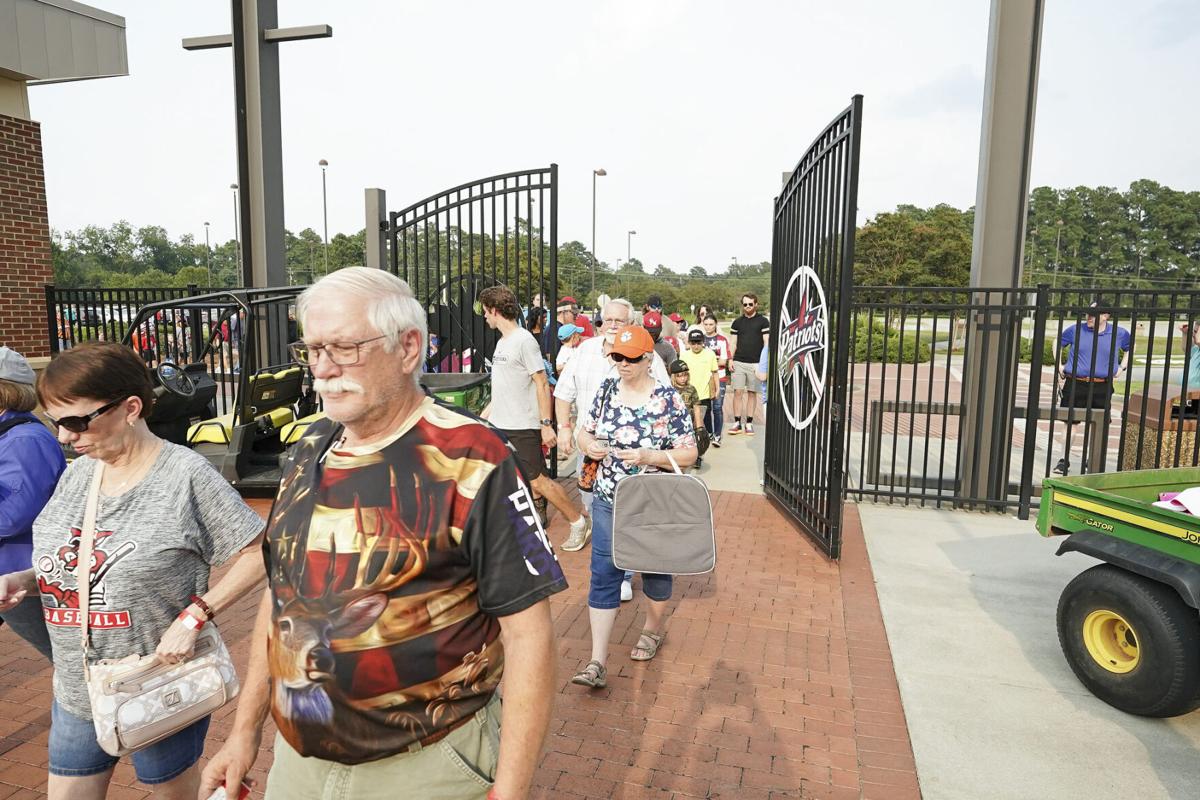 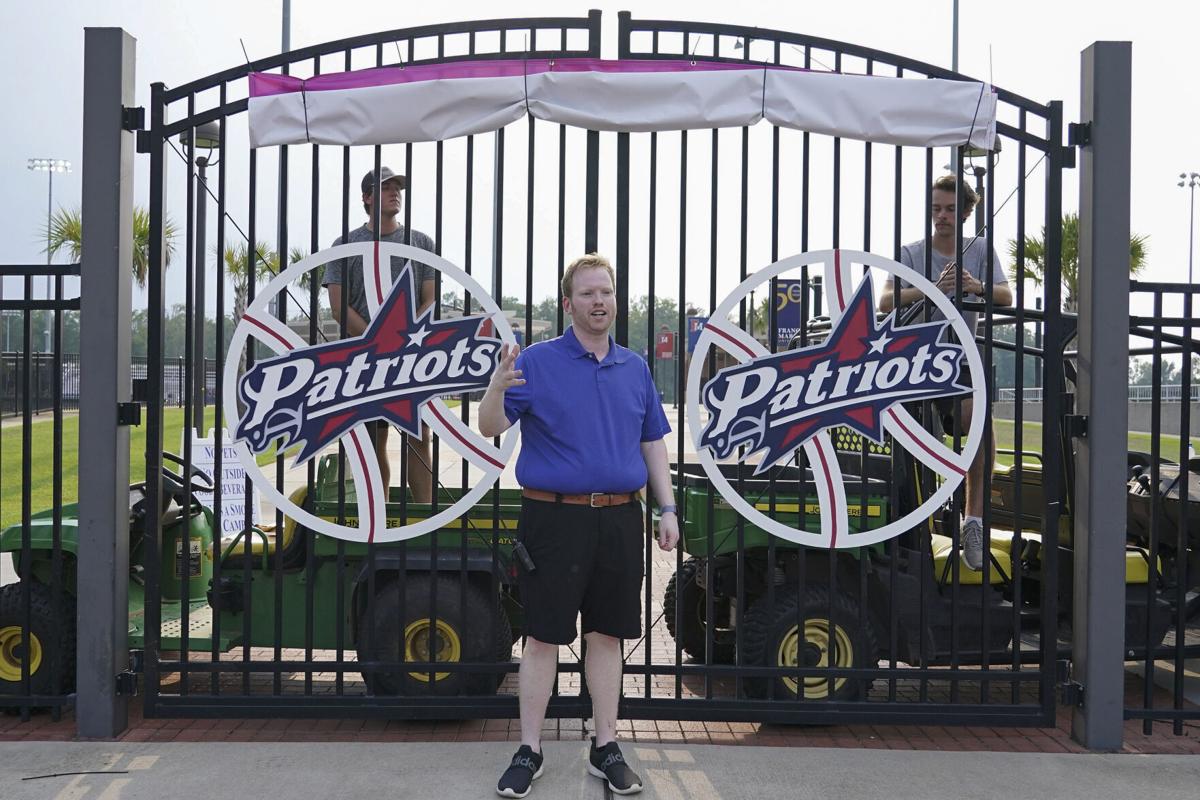 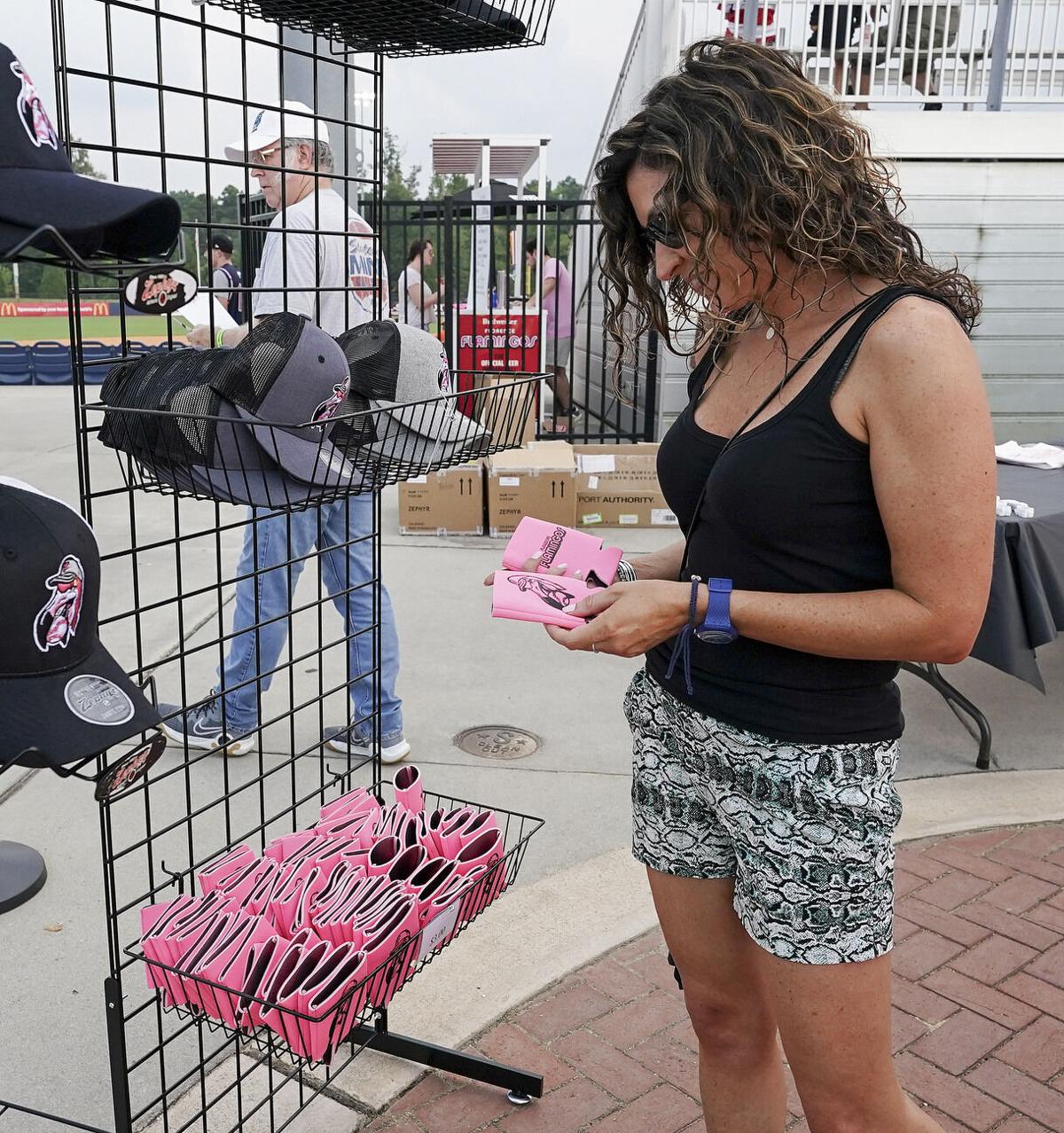 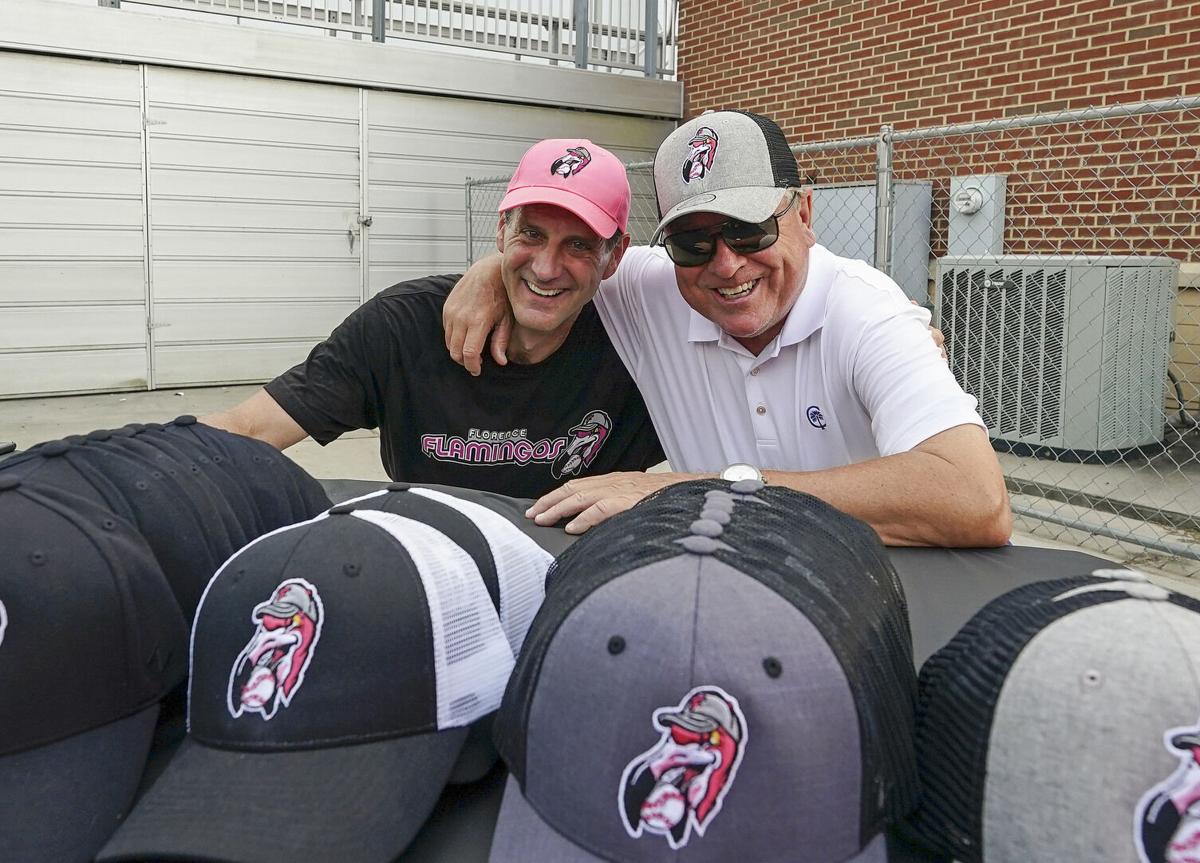 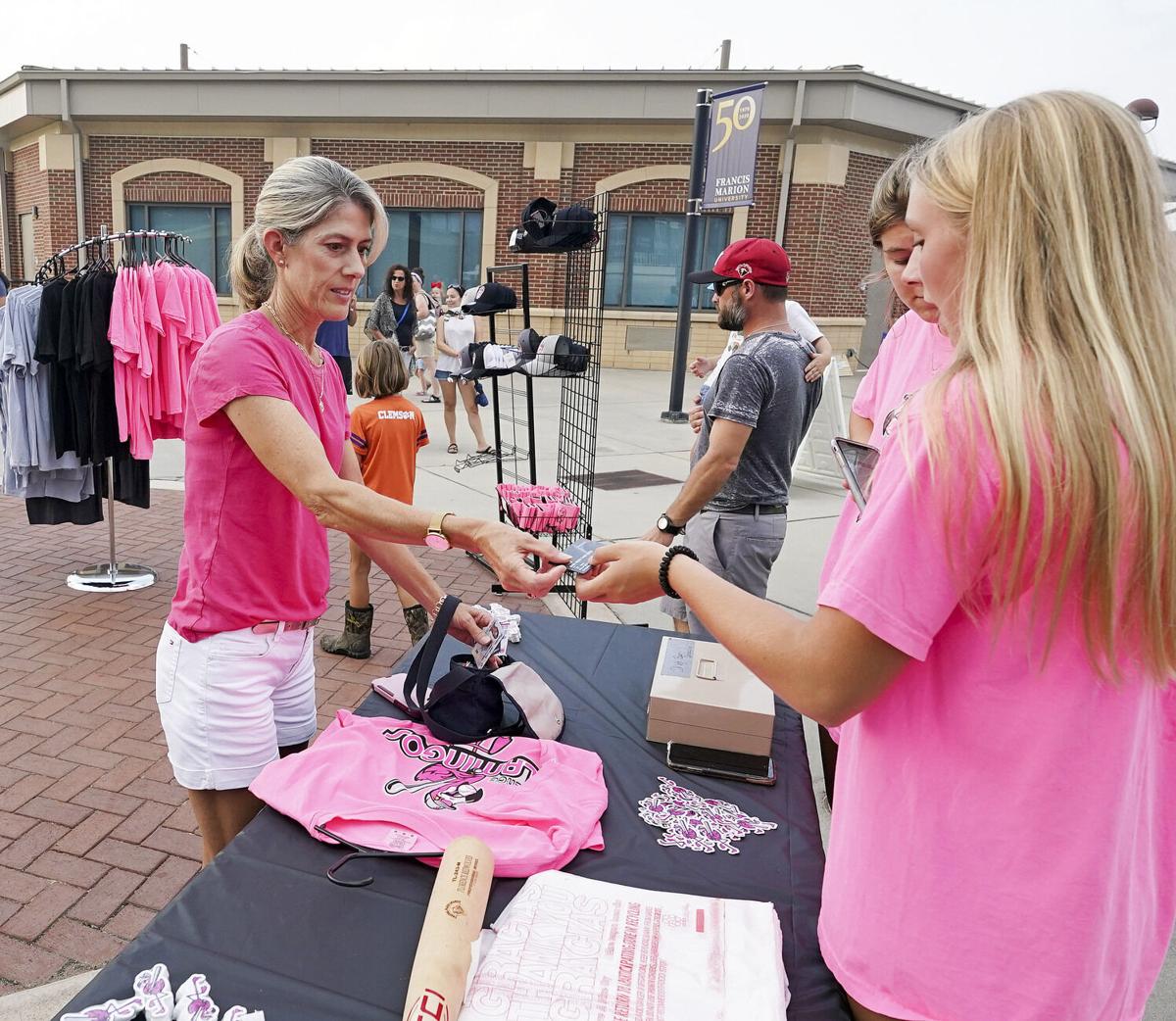 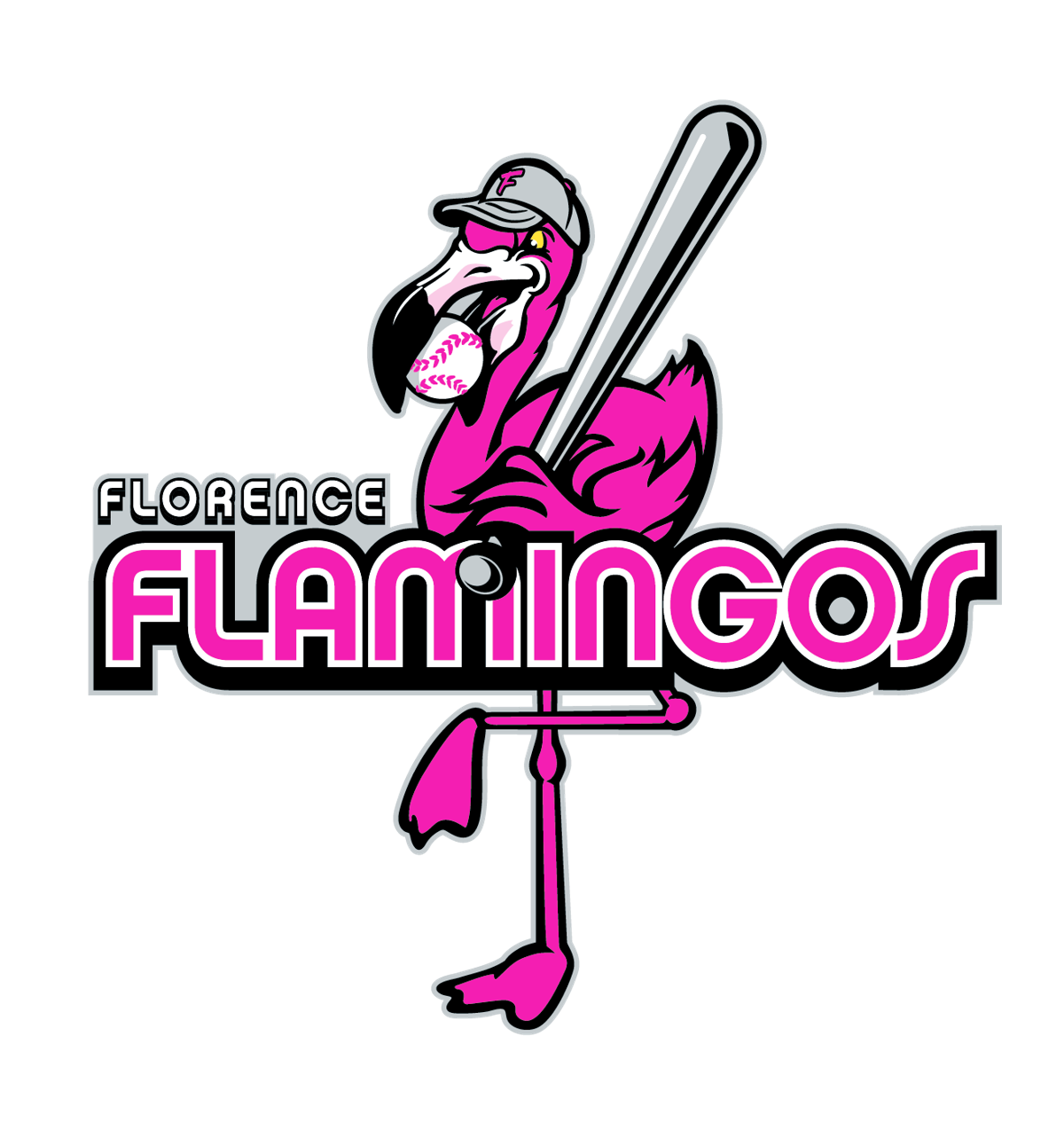 The team has been known as the RedWolves since it was founded in Raleigh in 1997. Team officials announced the final result of the rename-the-team contest Saturday at Sparrow Stadium prior to the season finale against Wilmington.

Moving across town to the soon-to-be-constructed Carolina Bank Field next season, the Florence team will be known as the Flamingos as the new team logo and uniforms were unveiled.

The primary logo features a Flamingo standing on one leg holding a bat under one wing with a ball in its beak and a cap with an “F” in the center.

The main uniforms have three variations – pink with black trim, black with pink trim and white with pink trim. The hats come in all-black, all-pink and a white hat with a pink trim.

“We’re really excited to ring in a new era here,” team President Cameron Kovach said. “New stadium next year – new identity. Something that’s definitely going to be fun for Florence and put Florence on the map.”

Flamingos beat out A-Bombs, Fighting Palmettos, Flapjacks and Magicians for the new name.

“We had our five finalists and Flamingos definitely rose to the top,” Kovach said. “So we’re really excited and the feedback has been excellent so far.”

The reaction was a positive one when the new banner was unfurled at the main gate of Sparrow Stadium as plenty of cheers went out from the crowd that had gathered.

Will Hardee, the South Florence standout who plays at Francis Marion, had a unique perspective on the change, having grown up with the RedWolves.

“I like it; I like where it’s going,” Hardee said. He was sporting the new all-black uniform. “…The RedWolves have been in Florence for a long time. I grew up with the RedWolves and all that, but I agree that I think it’s time for a change and I think Flamingos is really cool.

“I’m really excited and I’m ready to see what happens.”

The “new identity” was a common theme among fans as well, a number of whom had been following the team for years.

“It’s exciting – it’s a new beginning,” said Betsy Hannan, who’s been following the team for the last five or six years. “With the new stadium and everything I think it’s going to be really great.

Eric Clark, who’s been a fan of the team for the last 10 years, echoed many of those sentiments.

“I’m for it,” Clark said of the change. “They’re looking to get more recognition, more fans. I like it. I like the change. I think it’s perfect timing with them going to the new stadium.”

The new team website and team shop are already online at florenceflamingos.com.

Watch Now: Travel issues continue with no end in sight

Watch Now: Travel issues continue with no end in sight