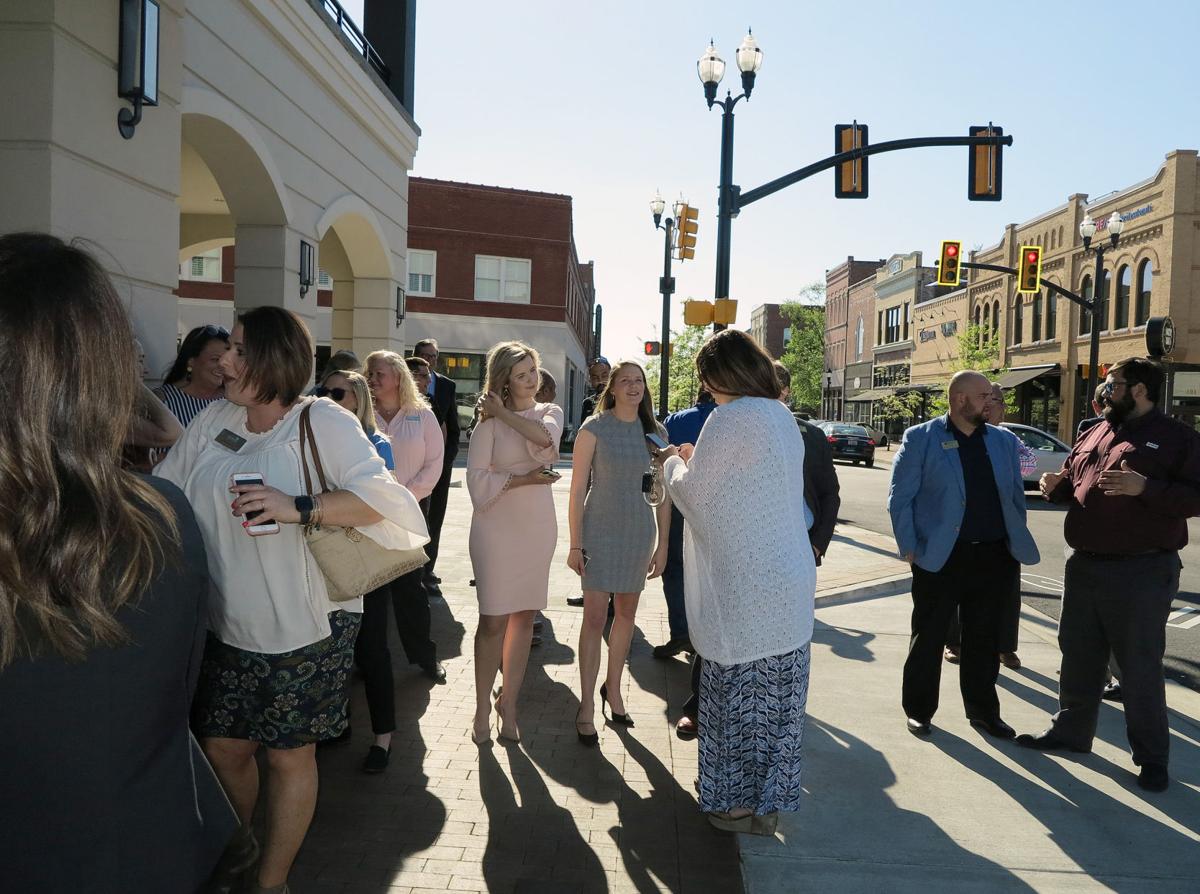 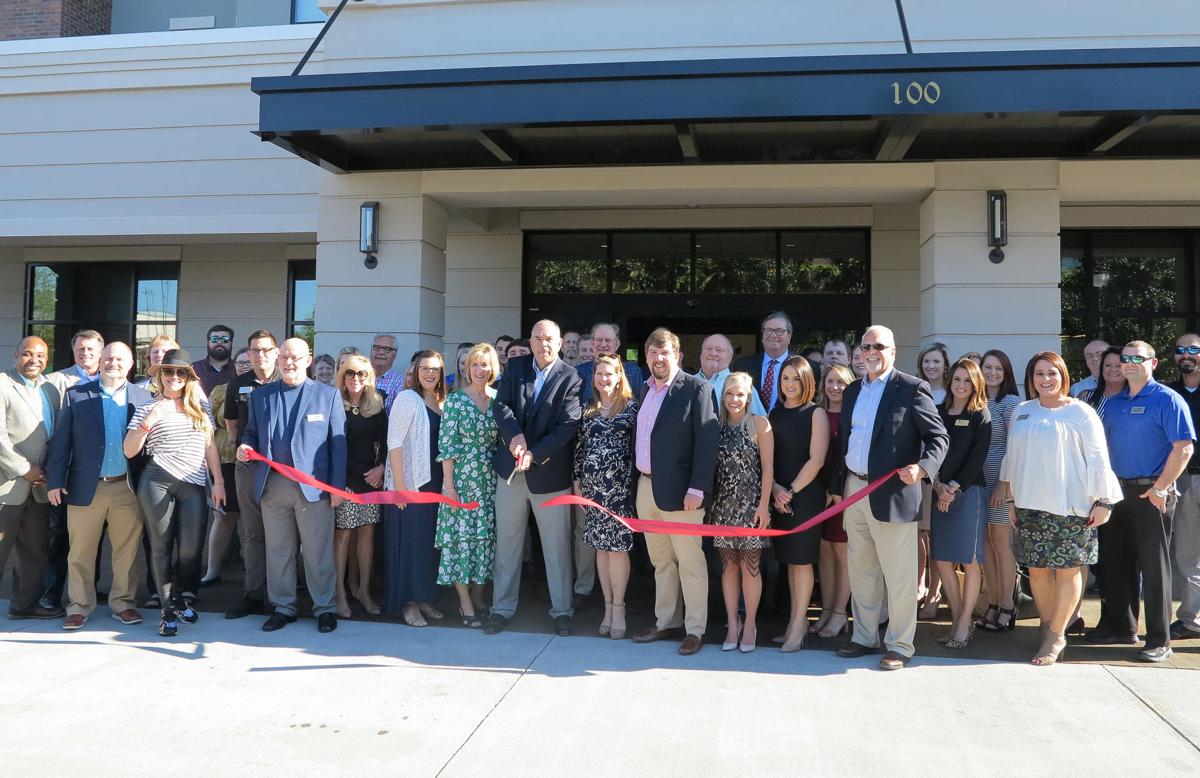 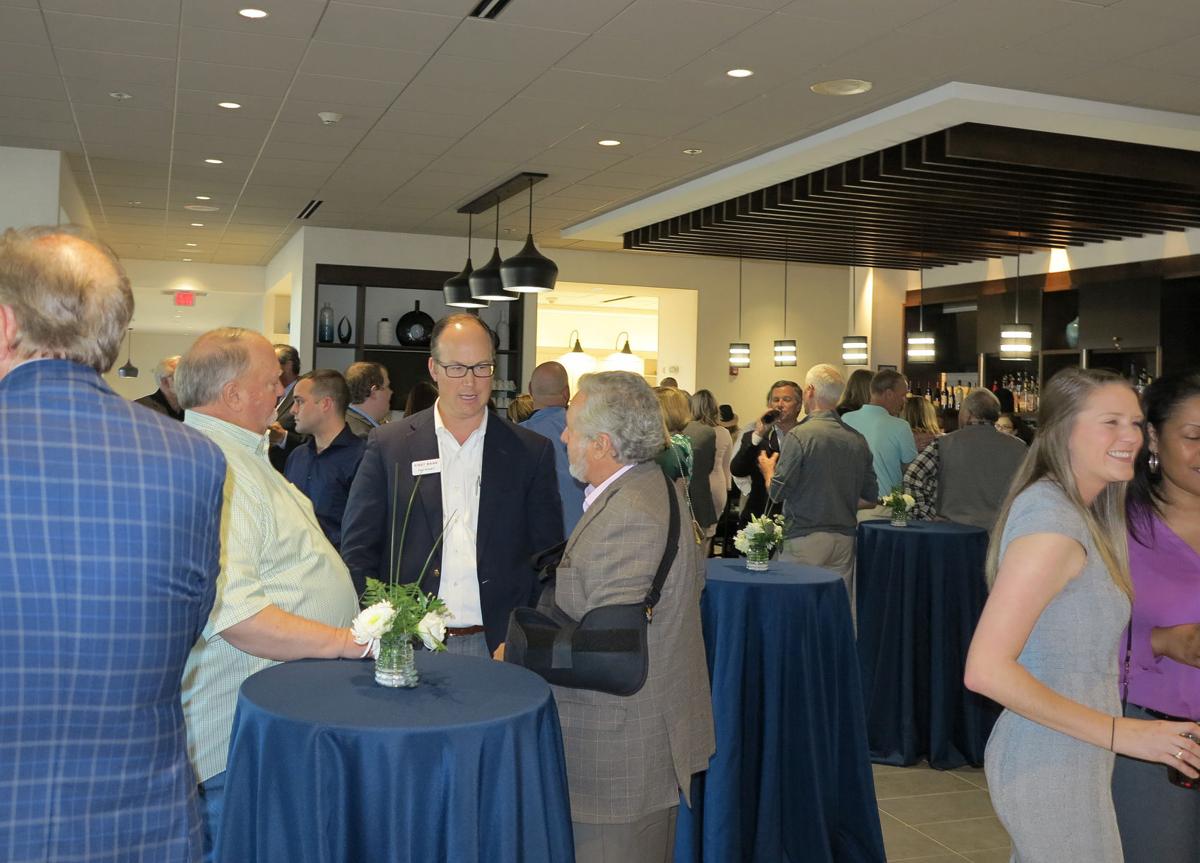 Guests to the ribbon cutting at Hyatt Place Downtown Florence enjoyed music by Prettier than Matt and appetizers served by the hotel. 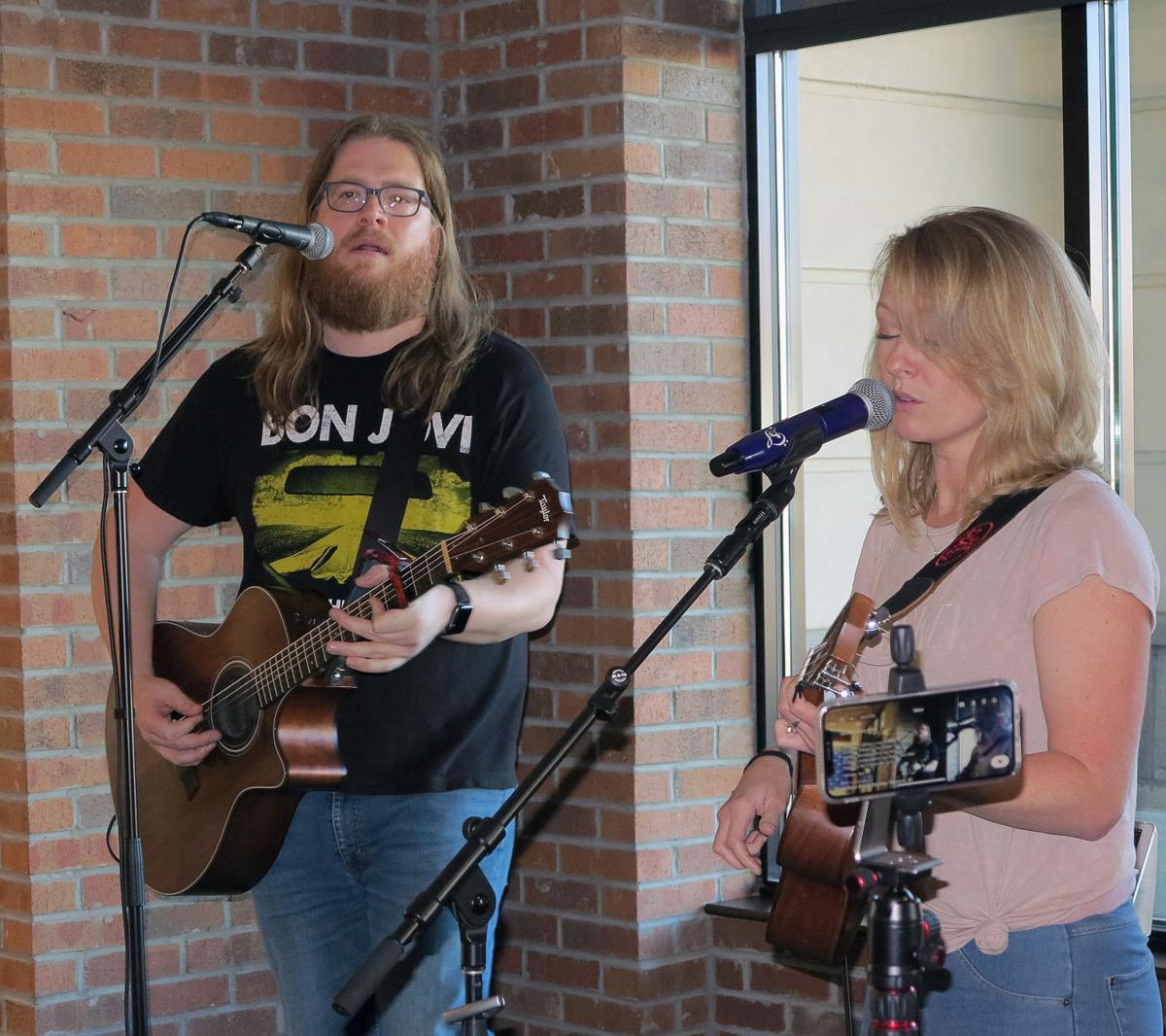 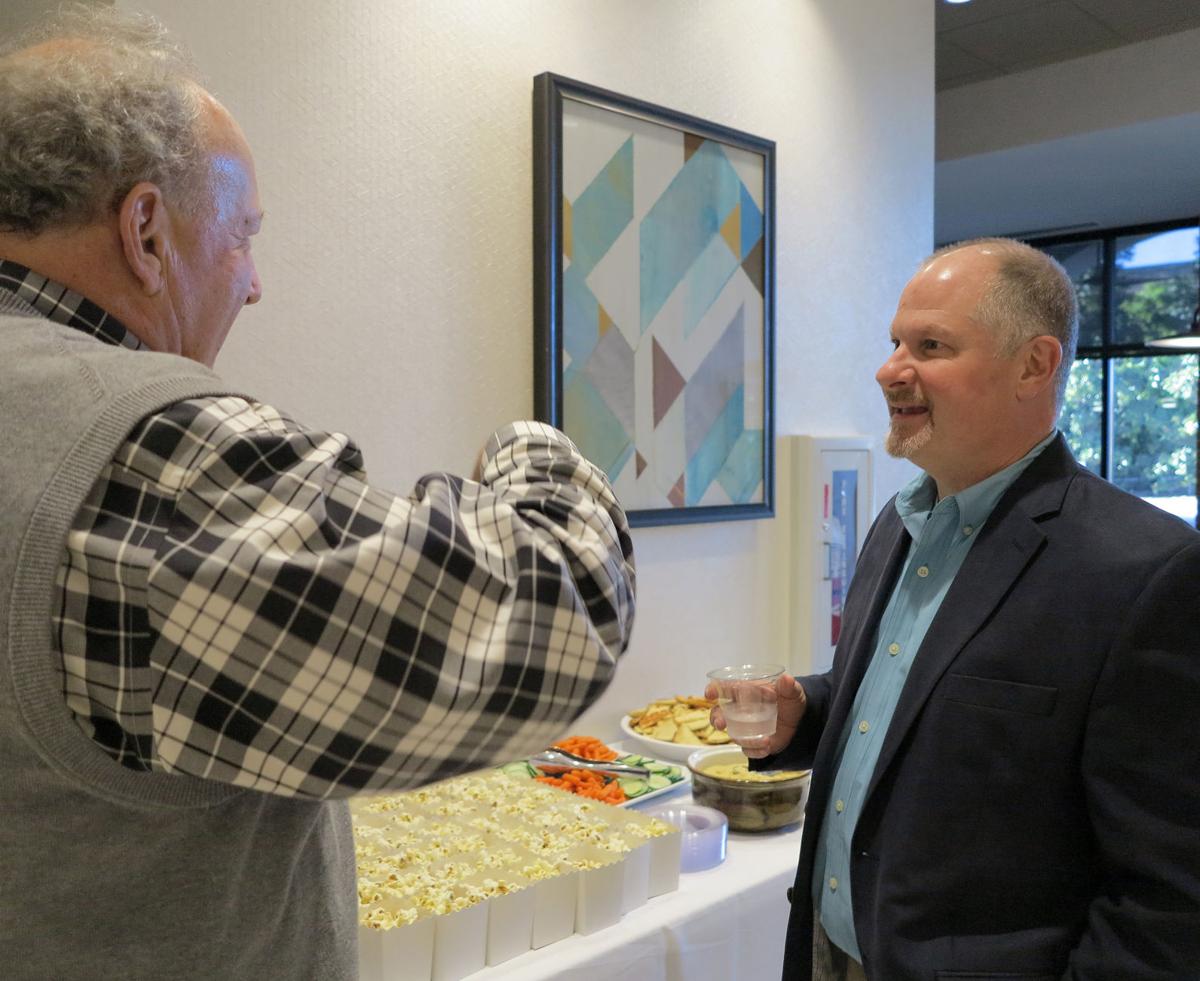 FLORENCE, S.C. – The Greater Florence Chamber of Commerce welcomed Hyatt Place Downton Florence as a member of the chamber with a ribbon cutting on Wednesday afternoon that included the grand opening of the newest hotel in downtown Florence. The event included music by Prettier than Matt.

The five-story, 103-room Hyatt Place was the 333rd Hyatt Place to open, said Ron Glancy, senior vice president of operations for Rains Hospitality. It opened its doors in February.

Owned by East Evans Hospitality LLC, the hotel is managed by Raines Hospitality, which manages several hotels in South Carolina and Florence. The property was developed by Springbridge Development. The hotel represents approximately $20 million investment in downtown.

Glancy said this is Raines’ third hotel to open since July.

“We are opening a lot of new hotels,” he said. “It is our first partnership with Hyatt Place.”

He said Hyatt Place was great to work with and it gave Raines Hospitality a tremendous amount of support.

“This is not our last Hyatt Place,” he said. The company will be opening one in mid-May in Mt. Pleasant and looks to have others.

Glancy said the hotel is situated on what was once part of Evans Street. He said the street was straightened for the hotel.

He said the view view of downtown from the upper hotel rooms is amazing.

“It is an urban oasis in downtown Florence,” Glancy said. “It is a fun and exciting addition to the community. We are so happy with the finished product.”

The hotel offers a casual atmosphere with amenities such as free Wi-Fi and 24-hour food offerings in the Gallery Kitchen. Guests can also access the Gallery menu 24/7. A coffee bar is available day and night, and the cocktail bar is open late.

The hotel offers meeting spaces for guests and the community, a 24-hour gym, and an outdoor pool.

Guests staying at Hyatt Place Florence Downtown can enjoy the close proximity of the hotel to the arts and entertainment district downtown, Guests can also enjoy shopping within walking distance of the hotel.

FLORENCE, S.C. – Brockington Property Management Group held a ribbon-cutting ceremony Wednesday as a new business in the area and a new member…

FLORENCE, S.C. – A ribbon-cutting ceremony was held Thursday in the courtyard at the Greater Florence Chamber of Commerce celebrating Style Type Clothing’s membership in the chamber.

FLORENCE, S.C. – A ribbon-cutting ceremony was held Monday at Icon Cuts University (ICU) with the Greater Florence Chamber of Commerce to cele…

ATLANTA (AP) — Georgia ranks last among states for the share of available COVID-19 vaccines that it has administered, but Gov. Brian Kemp said the data is misleading as some hospitals have failed to report all the shots they've given.

How businesses can apply for a second PPP loan

PHOENIX (AP) — Inside a nondescript block building near Sky Harbor International Airport in Phoenix, workers pack hundreds of vacuum-sealed glass jars with high-end marijuana. They will sell for a steep premium at medical dispensaries across the state.

SAO PAULO (AP) — Ford Motor Co. said Monday it will close three plants in Brazil and stop producing automobiles in the South American country where it has been operating since 1919.

The Small Business Administration is trying to level the playing field for underserved business owners, who were largely shut out during the early days of the Paycheck Protection Program’s previous…

The states with the largest (and smallest) tax burden

While most states rely heavily on three sources of taxes, many of the lowest-tax states for residents generate tax revenue in ways that do not financially burden those residents in a direct way.

Guests to the ribbon cutting at Hyatt Place Downtown Florence enjoyed music by Prettier than Matt and appetizers served by the hotel.