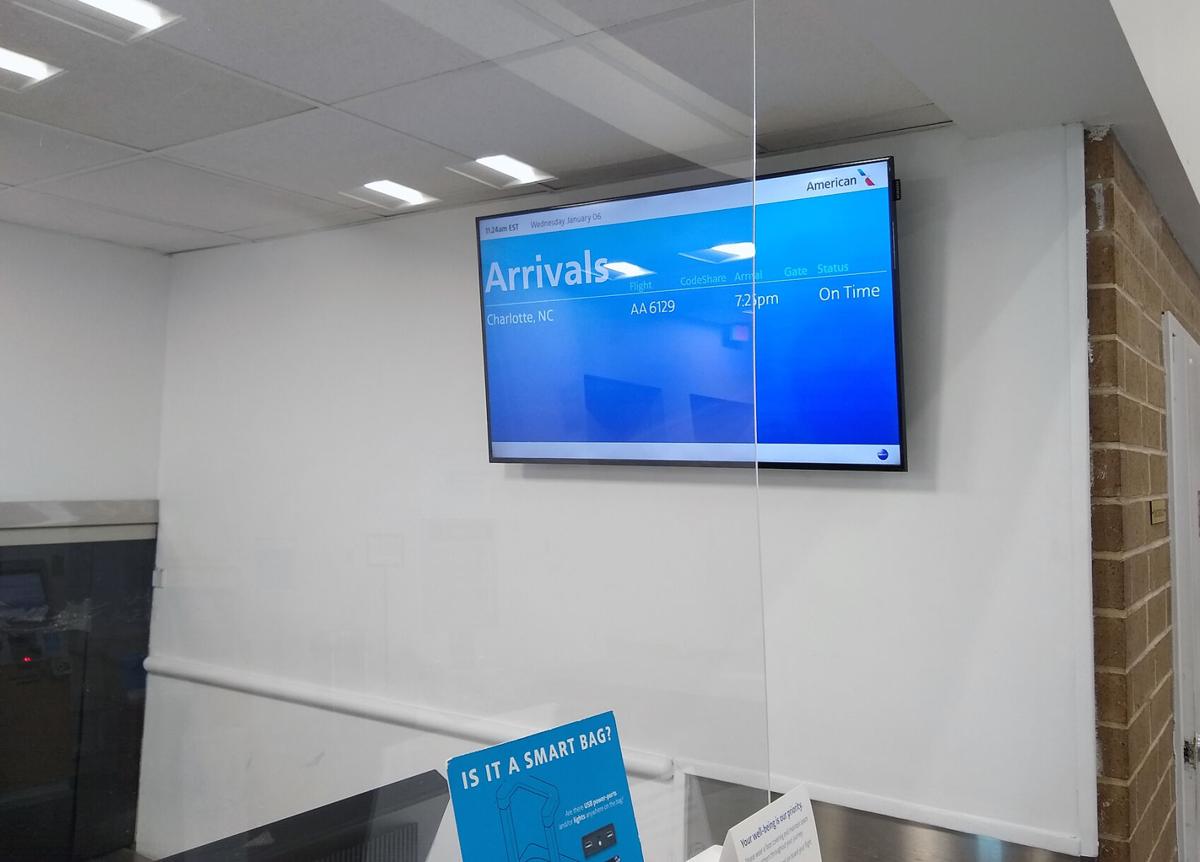 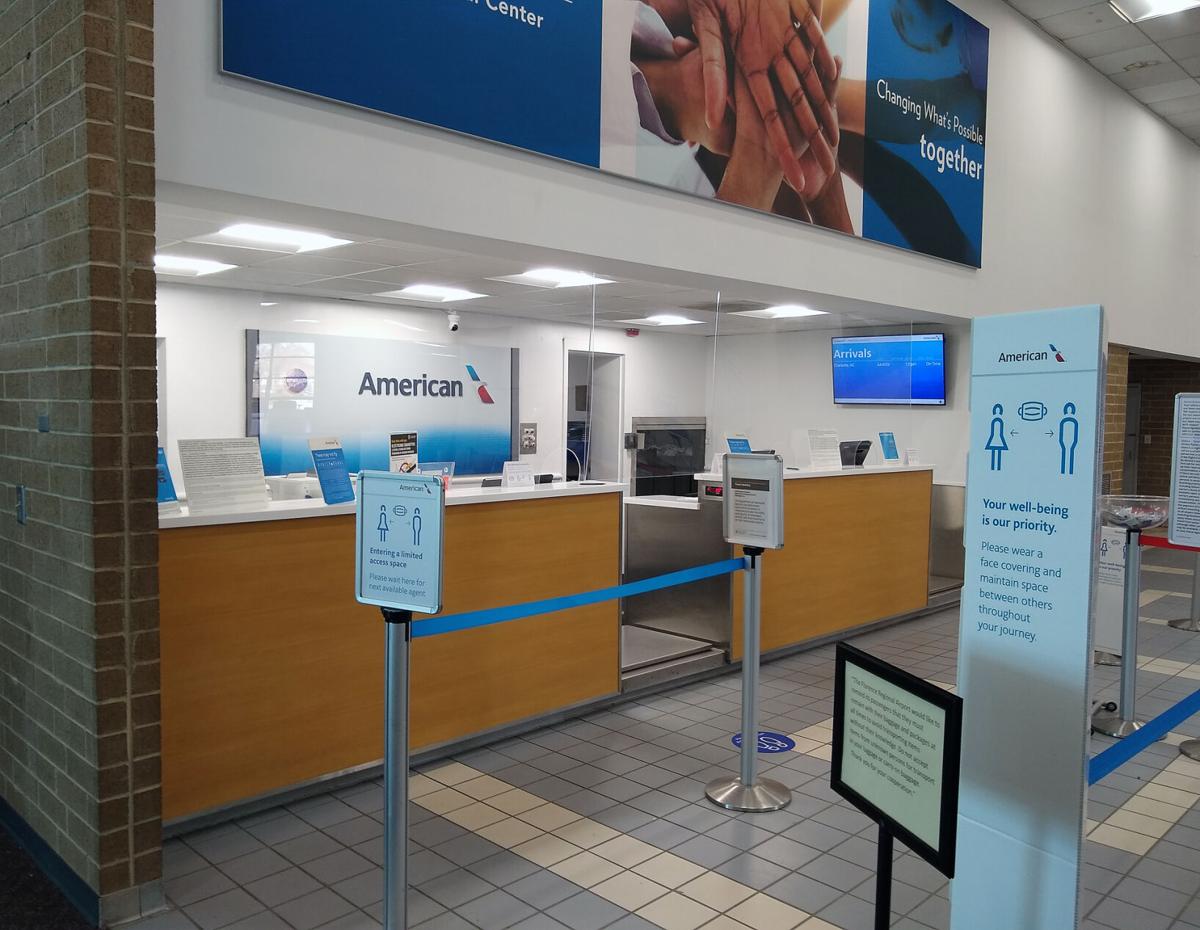 “The first arrival was yesterday; first departure was this morning,” said Connie Anderson, executive director of the Florence Regional Airport.  “They are starting with one arrival and one departure a day.”

Due to the COVID-19 pandemic, the airline announced on Aug. 20 that it would implement a temporary halt to services into and out of Florence, and 15 other US cities, effective the Oct. 7. The airport was told service would be suspended for 30 days. It was announced flights would return at Florence Regional beginning with bookings for Nov. 5 with two daily flights to and from Charlotte.  Two days later American Airlines announced it was postponing plans to return flight schedules to the Florence Regional Airport for another month.

Flights were halted for December, too.

“We knew how badly they wanted to restart flights to Florence, so it wasn’t a surprise when they did announce the return. While these early flight schedules are somewhat reduced, we expect the frequency to improve through the springtime and early summer months.”

Miller said that commercial air service is critical when they talk about businesses growth and development in the region.

“So, clearly the return of American Airlines is welcomed by our business and industry leaders,” he said. “It is also welcomed by the many leisure travelers that have become used to the convenience of the Florence Airport.”

“One thing to remember, the air service interruption for Florence was about projected passenger load factors and the same issue caused disruption in flight options at most every US airport, including surrounding airports in Myrtle Beach, Fayetteville, Raleigh, Charleston  and Columbia,” Miller said. “We were confident that American would be back in Florence after some stimulus support and a more favorable outlook in the fight with the COVID-19.”

“We are incredibly pleased that Congress extended the CARES Act Payroll Support Program, which enables us to resume our flights to Florence,” said an American Airlines spokesperson. “We are grateful to Sens. Tim Scott and Lindsey Graham, as well as Rep. Tom Rice, for fighting for our team members’ jobs and the air service we provide. We look forward to resuming our FLO service and doing our part to help our country recover from the pandemic.”

Anderson said the Florence Regional Airport and the Florence Chamber of Commerce have remained in constant communication with American during this suspension period and felt confident this would be a temporary situation.

“There is an immense need for air service in our region, and we are committed to put forth every effort to maintain our long relationship with American Airlines,” Anderson said. “We are extremely thankful to start the new year with flights scheduled and look forward to seeing an increase in those services as the year progresses.”

Anderson said the airport continues to be vigilant in its efforts to keep the public safe during COVID-19. She said their maintenance team never ceased efforts to keep the terminal safe for the traveling public from the COVID virus. She said it has been an ongoing process even during the suspension of flight services.

Kenney Boone reportedly owes over $8,000 on a Best Buy card

McLeod administrator: We're administering vaccines as fast as we can get them

FLORENCE, S.C. — The vaccinators at McLeod Health have a message for residents anxious to get the COVID-19 vaccine — be patient.

FLORENCE, S.C. – A company that may have been set to invest $100 million in Florence County is closing one of its Florence facilities instead. A spokeswoman for Clarios, a company operating a distribution and battery recycling facility in Florence, told multiple media outlets that the company was preparing to close its recycling facility on March 22.

FLORENCE, S.C. – The man who swore Teresa Myers Ervin into her first two terms on the Florence City Council has passed away. Myers Ervin, now Florence's mayor, announced on Facebook Saturday evening that City Judge Taft Guiles Jr. died on Friday, Jan. 22 after a battle with an illness.

FLORENCE, S.C. -- Deputies are investigating an armed robbery on South Cashua Drive that involved a shooting and a parking lot crash.

FLORENCE, S.C. -- Investigators are asking for the public's assistance to find a missing Pennsylvania man who may be in Florence.