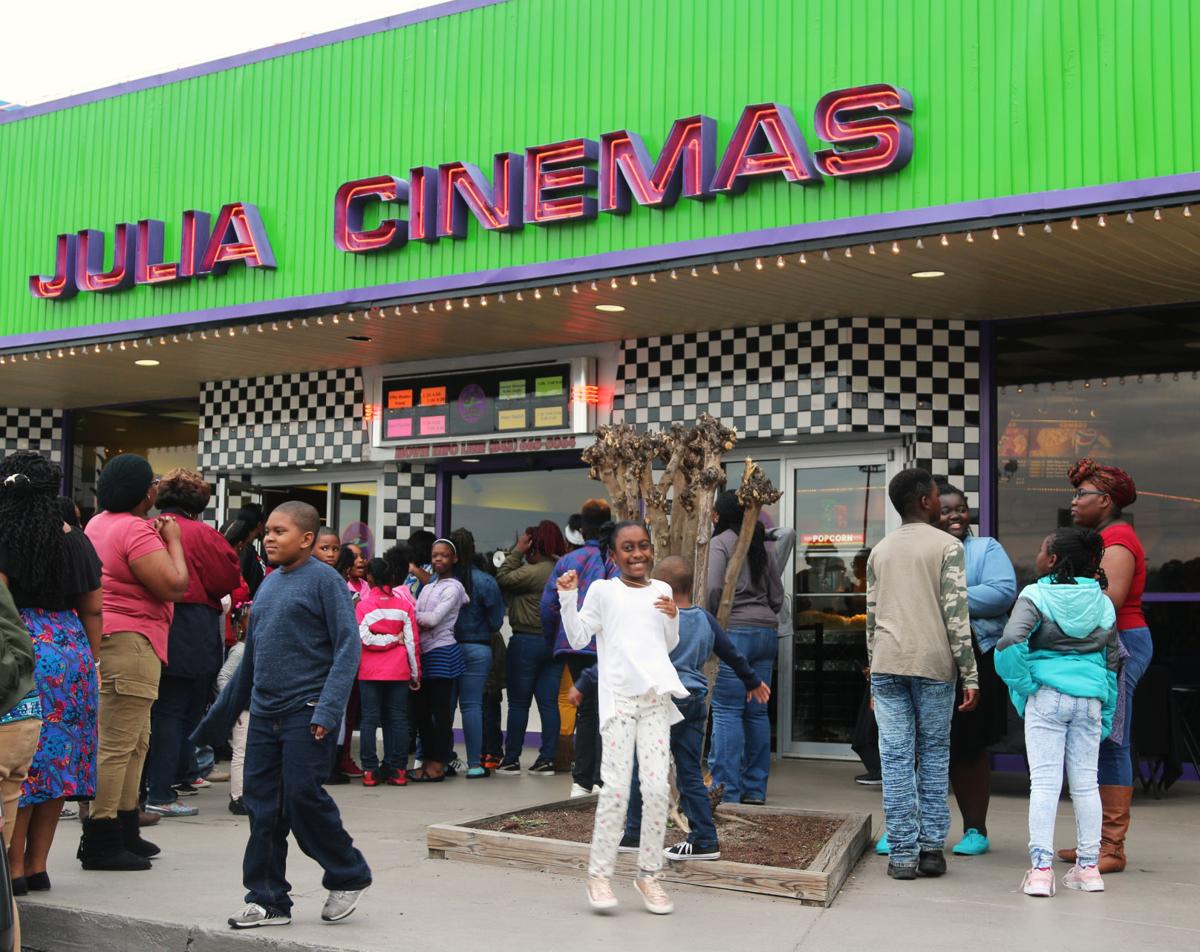 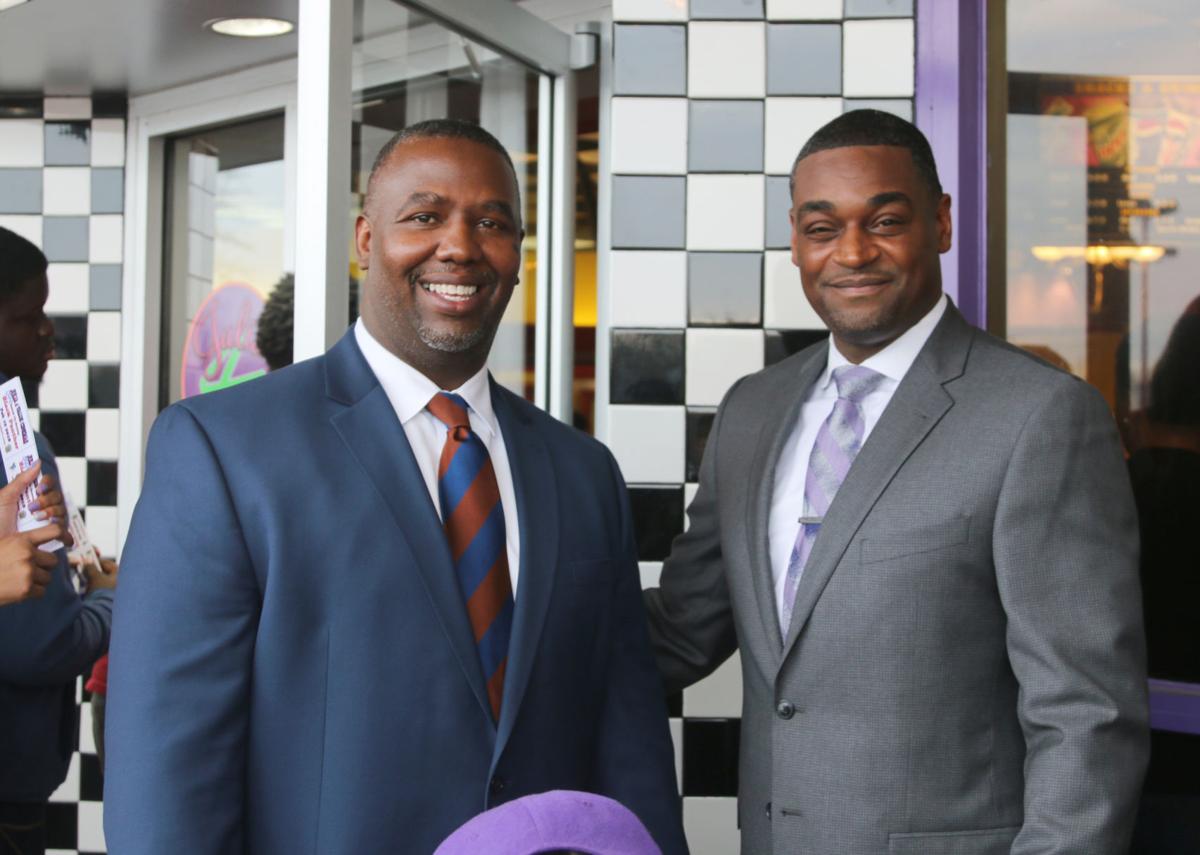 Robert Stucks and Linward Edwards open doors for moviegoers as they enter the Julia 4 Cinemas on Monday afternoon. 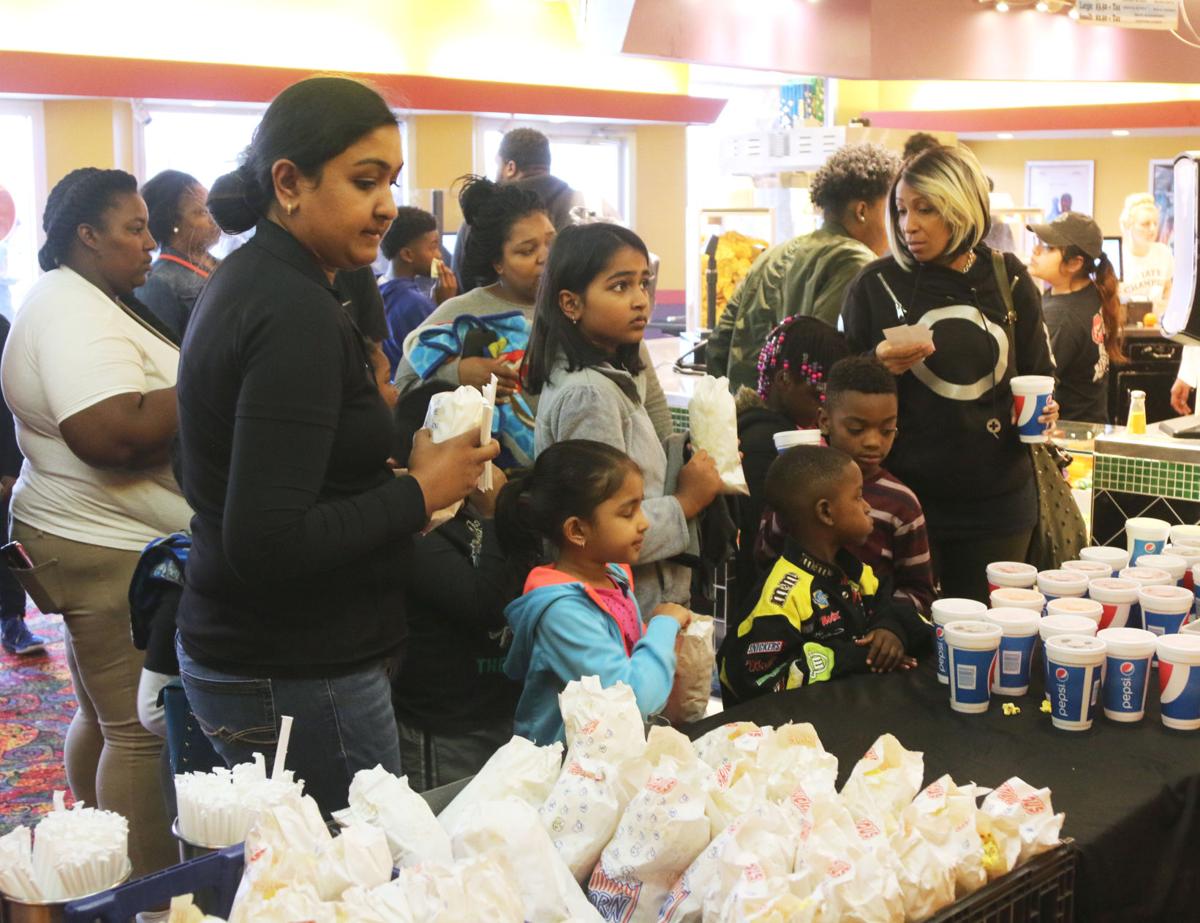 Moviegoers pick up their free popcorn and drinks before watching "Black Panther" at Julia 4 Cinemas on Monday afternoon.

FLORENCE, S.C. – With popcorn and soft drinks in hand, 150 children filled a Julia 4 Cinemas theater to see a free screening of “Black Panther,” a recent Marvel release, on Monday afternoon.

Two local attorneys and a Columbia-based businessman paid for the tickets and concessions.

“I just thought it was important to give back to the community,” said Robert Stucks, a Darlington attorney.

During a lunch meeting, Linward Edwards, Florence attorney, told Stucks that he wanted to sponsor children to see the movie. The movie is filled with good role models, Edwards said. Stucks supported the idea, and the two started planning.

Priscilla Laviscount accompanied her three grandchildren to the screening and said she was overwhelmed by the generosity she observed.

“It’s wonderful that someone cares enough about some people to do this for them,” Laviscount said. “A lot of children don’t get to see movies because their parents can’t afford it.”

Purchasing screenings for others, especially underprivileged youth, has become known nationally as the Black Panther Challenge. However, Edwards and Stucks said they did not know about the movement when they decided to sponsor children.

“Black Panther” features a mostly black cast. Terrell Leonard, a student who attended the screening, said it is rare to see a superhero movie with many black actors as lead characters. As he watched trailers, the movie’s positive depiction of the black community and his enjoyment for comics attracted him.

“I was like, that’s different, so I’ve got to see that,” Terrell said. “The black community is more than violence and drugs, and it’s more than rap and hip hop. It’s diverse.”

Darnisha Gibson, another attendee, said the movie is ground-breaking and unites the black community.

Edwards and Stucks each paid for 50 children to see the movie. When their Facebook post about the event gained popularity, Lloyd Powell, a businessman from Columbia, decided to contribute 50 tickets as well. Stucks said Powell is unconnected to the Florence community and just wanted to help.

The donors provided tickets on a first-come-first-serve basis. Some parents and chaperones accompanied children, but the free tickets were for children.

Robert Stucks and Linward Edwards open doors for moviegoers as they enter the Julia 4 Cinemas on Monday afternoon.

Moviegoers pick up their free popcorn and drinks before watching "Black Panther" at Julia 4 Cinemas on Monday afternoon.