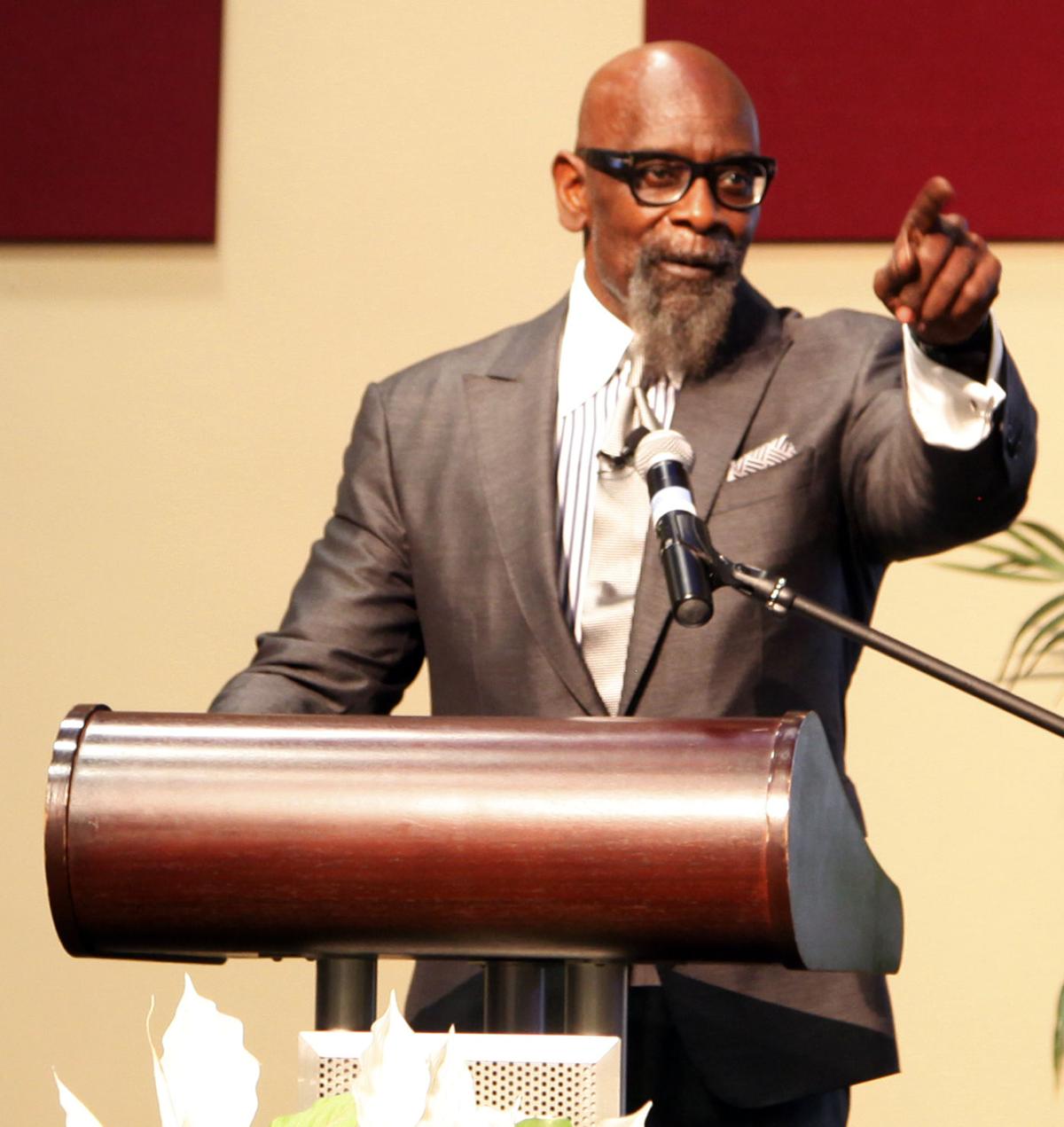 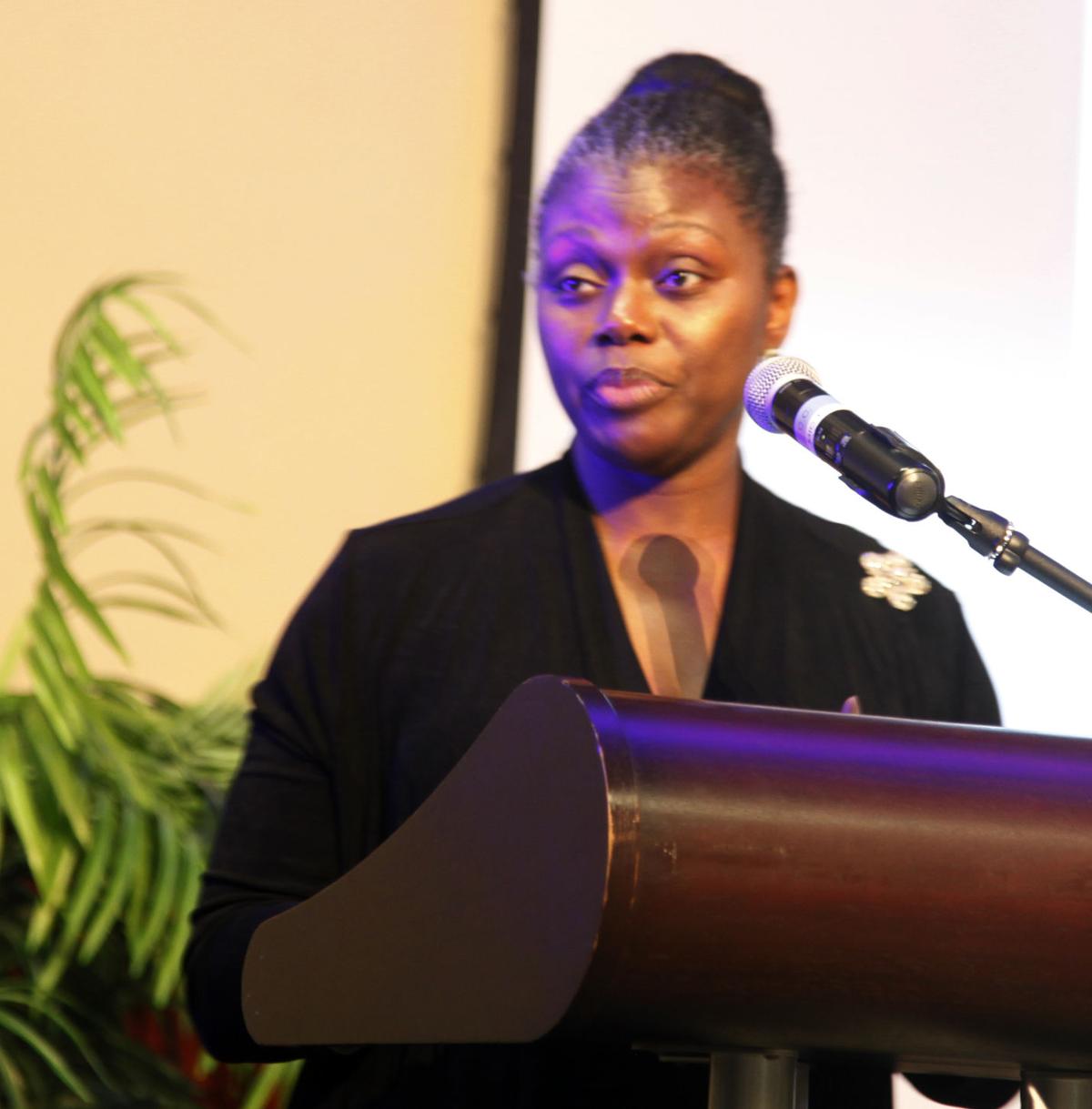 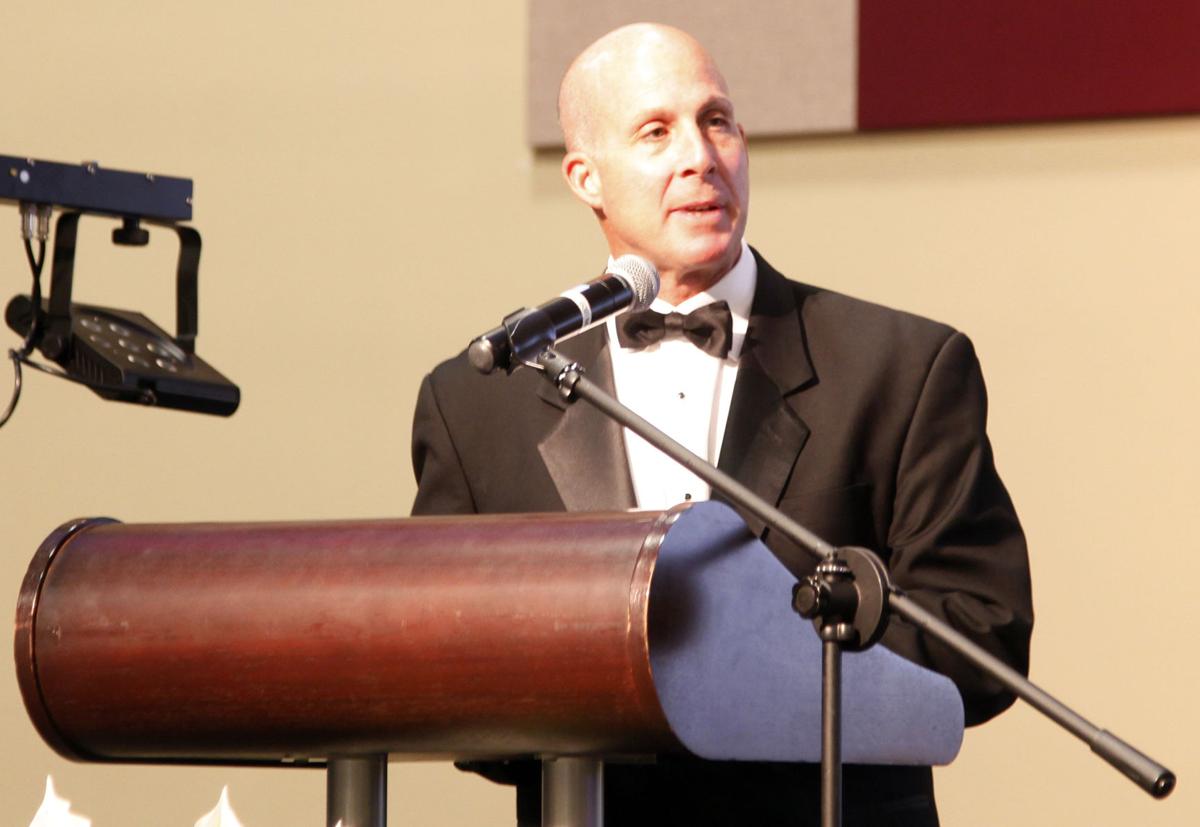 FLORENCE, S.C. – Christopher Gardner’s message Friday evening at the Future Entrepreneurs Foundation’s Igniting Innovation Gala was a simple one: Young people have choices and they are not doomed to live the lives seemingly dictated by statistics.

Gardner said he was receiving an award when one of the presenters gave a list of statistics that seemingly doomed people that grew up poor with an abusive parent to a life of poverty and the abuse of others.

When he got the mic that night, Gardner said Friday, he told the audience that “the extended version of that’s a lot of b.s.”

Gardner said so many people came up to him after he spoke at the awards banquet and told him that they were glad he said what he had because they had come from less than ideal circumstances as well and had made the choice at a young age to avoid becoming what they saw every day.

Gardner said his mother had told him that he could be anything that he wanted to be when he grew up. That he had the choice to either be violent like his stepfather or to become another person who was there for his children.

“You can perpetuate it or choose to go a different way,” Gardner said Friday evening at the Southeastern Institute of Manufacturing and Technology.

Gardner’s commitment to being a father is shown in the movie starring Will Smith that based on Gardner’s book, "The Pursuit of Happyness." In one scene, Smith’s character spends the night in a bathroom with his son.

Florence City Councilwoman Teresa Myers-Ervin also spoke at the gala. Her speech centered on the opportunities provided by education and how making the choice to get her education improved her life. Her speech also featured the 5W’s and 1H and how to use those questions to make plans to improve one’s life.

Florence School District 1 Superintendent Richard O’Malley gave another speech at the gala. His speech was focused on the opportunities and challenges facing the school district as he enters his first year as a superintendent. O’Malley also spoke of the importance of educating students, particularly minorities, to become entrepreneurs like Gardner.

Gardner is the co-founder of Gardner and Rich, a Chicago brokerage firm. Gardner is a motivational speaker.

Are aliens not coming to Earth because of the cost?

Are aliens not coming to Earth because of the cost?

What is that mysterious 'blinking' object in space?

What is that mysterious 'blinking' object in space?

FLORENCE, S.C. -- A Florence woman was charged with domestic violence of a high and aggravated nature Wednesday following an assault in which a a person was stabbed.

'The good Lord has been nice to me:' Florence woman turns 103

FLORENCE, S.C. — Catherine Miller Morgan Harris’ soft voice filled a porch on the side of the Carlyle Senior Care building Tuesday afternoon. “I’ll be nice to people, the Lord will be nice to me,” she sang.

FLORENCE, S.C. – The name of the May teacher of the month will live on at Virtus Academy. Blake Pate, one of three local Chick-Fil-A owners, and the Morning News posthumously presented Kindergarten teacher Marlene Evans' husband, Carey, and her daughters, Ashleigh and Ryleigh, with the award Thursday afternoon at the butterfly garden constructed by Evans' class in her memory.

West Florence graduates its Class of 2021

FLORENCE, S.C. – A Florence woman received some added funds for her home renovation project recently. The South Carolina Education Lottery announced Monday morning that a Florence woman had won a $50,000 prize on a 2 Jumbo Bucks ticket that she picked out at the Oakland Grocery on Oakland Ave.

TIMMONSVILLE, S.C. -- The driver of a Polaris side-by-side died Saturday following a May 27 Timmonsville crash.

DARLINGTON, S.C. — One person was found shot to death in a car early Wednesday morning at the intersection of East Home Avenue and Patrick Highway.

FLORENCE, S.C. -- One person was shot to death Wednesday in the 400 block of West Cheves Street.

FLORENCE, S.C. – A Florence man has extradited from Guilford County, North Carolina to face a murder charge.  The Florence County Sheriff's Office announced that Demarcus Lee Bluett, 26, of Florence, had waived extradition and would be returned to Florence County to face charges related to the murder of Mary Brown. The booking website of the sheriff's office indicates that Bluett has also been charged with murder, first degree arson, armed robbery. possession of a weapon during a violent crime, malicious injury to property valued at less than $2,000 and two counts of failure to appear.

O'Malley: Consolidating kids easy, finances not so much

FLORENCE, S.C. -- When it comes to consolidating school systems bringing the students together is the easy part, bringing the business operations together it the challenge.