Buttigieg spoke for around six minutes at the opening.

He started by speaking about the importance of understanding the impact that policies and actions taken in Washington have upon everyday Americans.

“There are just stories ringing in my ears, most of all the ones from children on the trail not yet old enough to vote who see more clearly than a lot of us who are in the middle of the political process do how these things trickle down to an everyday effect,” Buttigieg said.

Buttigieg told a story of a 13-year-old child who asked him what he was going to do to ensure the safety of schools in an era of gun violence. He also told about a 12-year-old girl who asked about being able to continue to receive diabetes treatments.

“All politics is not only local, it is personal for somebody,” he said. “That has to be the absolute center of our campaign. All of these big things that are going on around the world and around the country, playing out on television and at the debates, they matter because of how the cash out in our everyday lives.”

The next election, Buttigieg said, offers the opportunity to make the impact of policies better in everyday lives. As challenging as the moment is, he continued, hope, now out of style in politics, can be brought back.

“I’m here to say that being part of this process is an expression of hope,” Buttigieg said. “Getting an office open. Getting it squared away when the power’s not even on. Volunteering to get the place ready is an act of hope. Showing up on a warm day when there are a lot of things you can do and places you can be is an act of hope. Running for office and voting for somebody who is is an act of hope.”

The Florence office’s power had not yet been turned on. This line drew laughter from those attending the opening.

The high for Tuesday was 97.

Buttigieg said he was hopeful that the future of the country would change in 2020 and he could look back upon it years later. He said he hoped that he could look back and celebrate with the children who are too young to vote now when they’re eligible to vote about the changes made after 2020.

Both of these questions drew applause and “yesses” from those attending.

“I’m already proud of what is being built in this place,” he said. “And we are going to be so proud of what we achieve together if we keep on this path.”

Buttigieg was one of four Democratic candidates to speak at the Galivants Ferry Stump Monday and was scheduled to spend all day Monday and half of Tuesday campaigning in the Palmetto State before appearing at a Louisville, Ky. event Tuesday evening.

The Republican National Committee issued a statement on Buttigieg’s tour of the Palmetto State.

“More jobs, low unemployment rates, and strong economic growth - these are things that Pete Buttigieg won’t be talking about today in South Carolina,” spokesman Joe Jackson said. “With no accomplishments as mayor, you will find him campaigning on an extreme agenda that would institute a government takeover of health care, eliminate all fossil fuels and would destroy our booming economy.”

He announced his candidacy for president on April 14.

During his second term as mayor, Buttigieg revealed that he is gay. When he announced for president became the first openly gay Democratic candidate to run for president.

FLORENCE, S.C. -- Investigators are asking for the public's assistance to identify a person for questioning in a burglary.

FLORENCE, S.C. — Florence is attempting to hit another redevelopment home run. The city is expected to announce at a Monday afternoon news conference that it will be developing a $15 million sports complex beside of the Dr. Eddie Floyd Tennis Center at the location of the former Clemson extension office.

70% of Florence One Schools virtual students are African American

FLORENCE, S.C. — Around 70% of the Florence One Schools students that opted for an online-only education model were African American. Dr. Richard O'Malley, Florence One Schools superintendent, provided an update about the opening of schools to the governing board of trustees at a meeting Thursday evening.

Next Florence art project will be some basketball courts

FLORENCE, S.C. − Nothing like a crisis to trigger a renaissance, and at least as far as public art goes, Florence is seeing one.

FLORENCE, S.C. -- A tractor suffered about $200,000 in damage Tuesday evening when it caught fire while cutting a field at the intersection of SC 327 and US 76 near Florence. 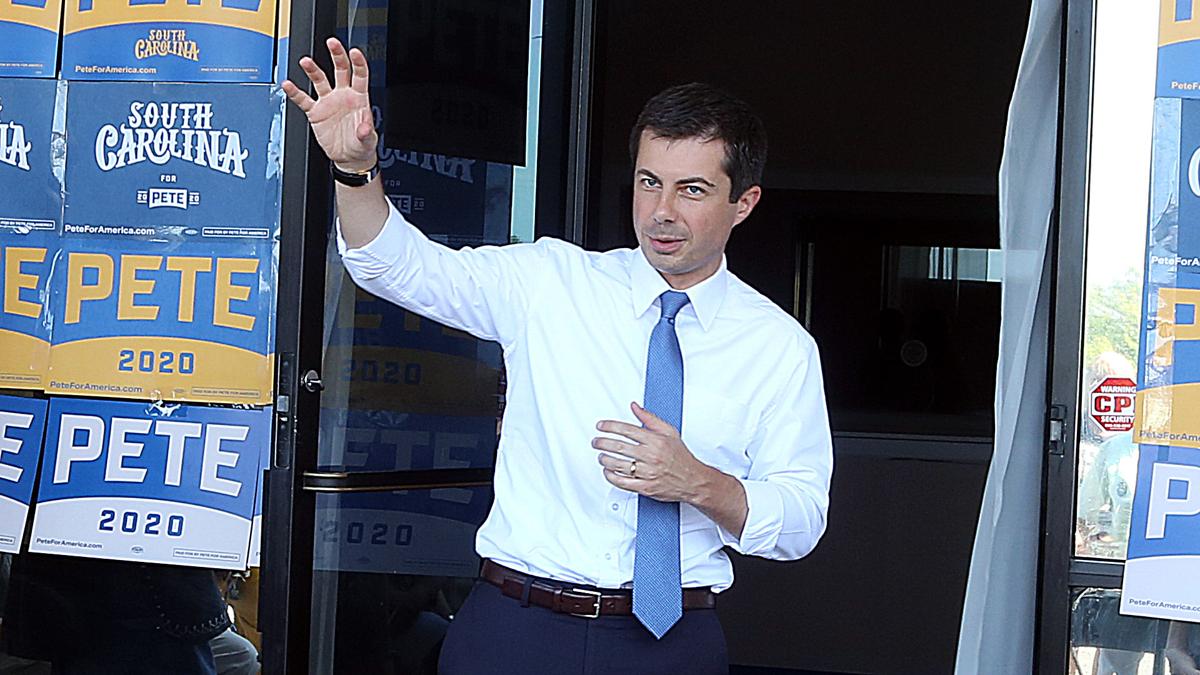 "Mayor Pete" Buttigieg speaks at the opening of his regional campaign office in Florence Tuesday morning. 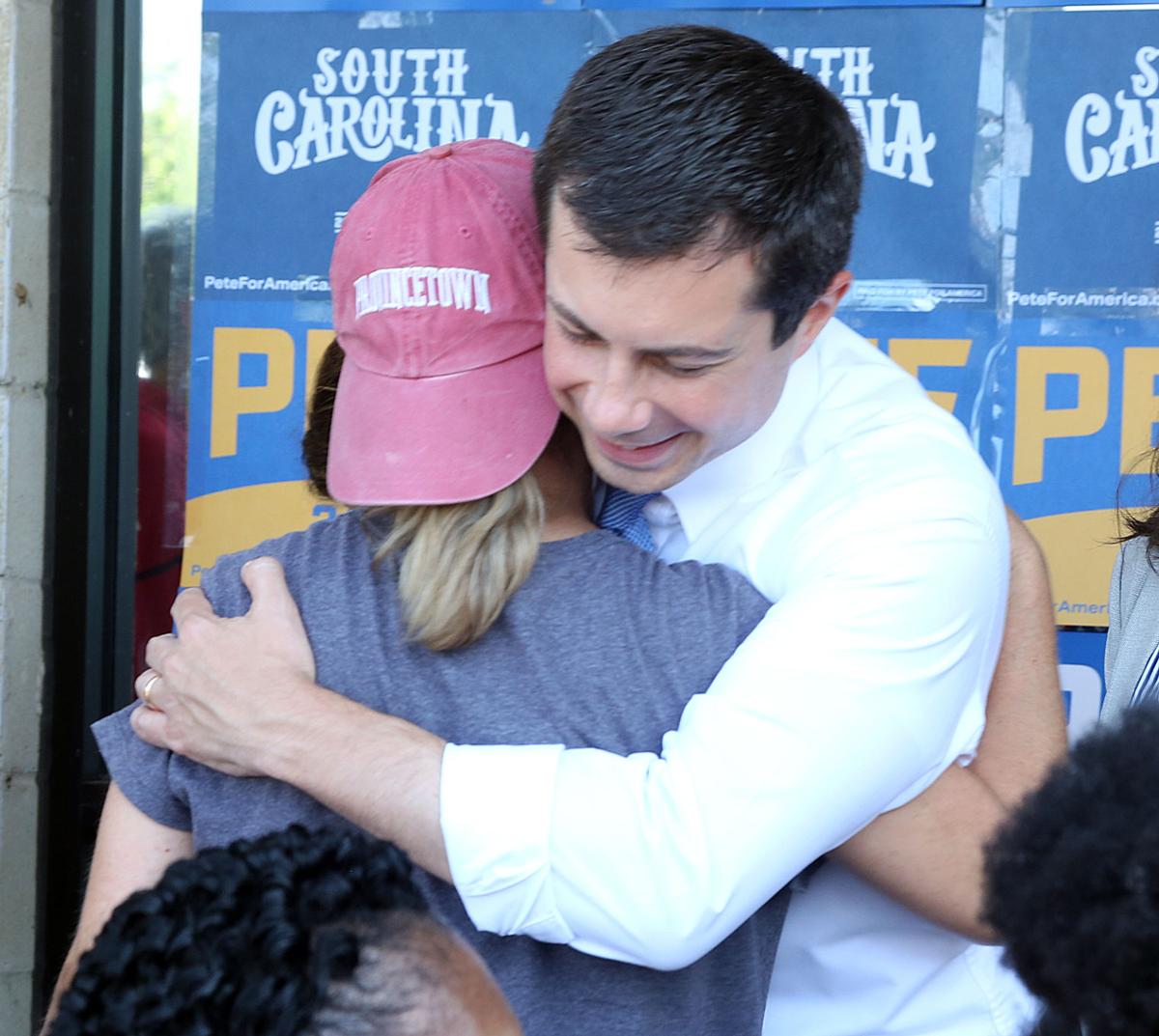 "Mayor" Pete Buttigieg receives a hyg from Suzanne La Rochelle after he made a brief speech in Florence Tuesday morning.