The city of Florence broke ground Monday on the $16 million baseball and track facility to be constructed next to the Floyd Tennis Center. 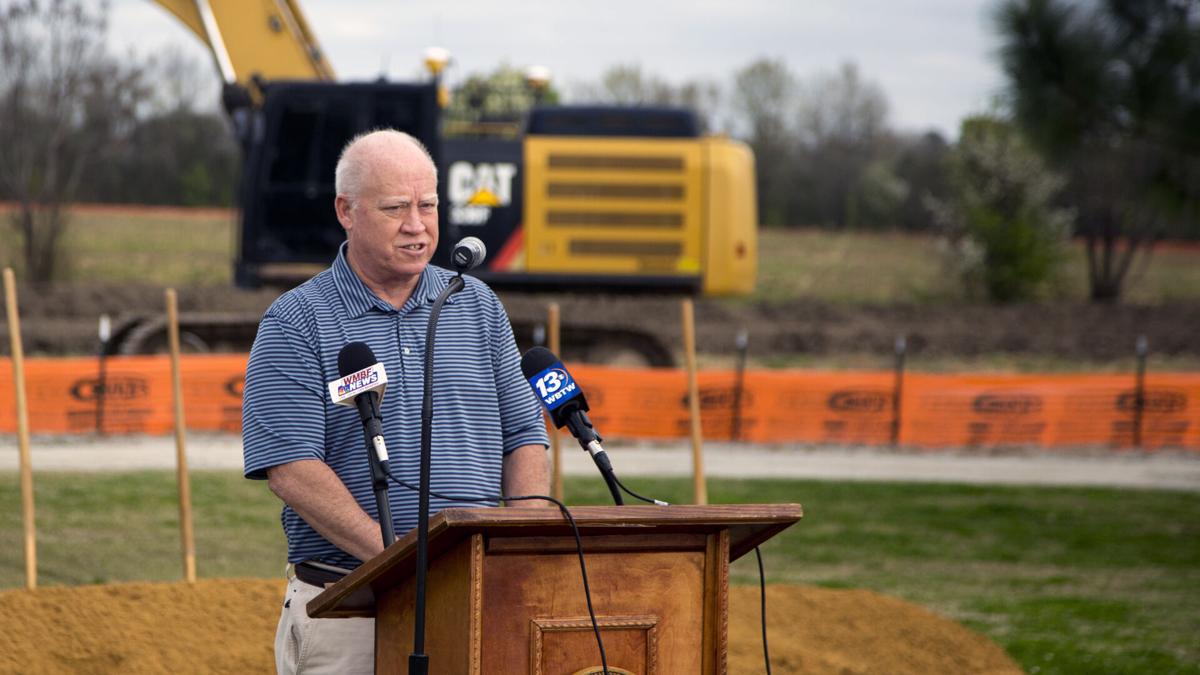 Jeffers spoke about his father at a groundbreaking ceremony for the city of Florence’s $16 million baseball and track complex that will feature a full-size track facility, a stadium for the Florence RedWolves, a high school baseball field, five Little League fields and a joint city-Florence One Schools farm.

He said that his father, Billy, served as the recreation director of the city for several years and had always dreamed about having a facility like the one the city broke ground for.

Billy Jeffers served as the city’s recreation director from 1958 to 1984.

Jeff said that his father would have seen Monday’s groundbreaking ceremony as a “dream come true.”

The city plans to use the fields to be constructed along with those at McLeod Park and Freedom Florence for baseball games when the construction of the fields is complete.

Construction of the facility was announced at a news conference held late last summer.

Senior royals walk in the Duke of Edinburgh's funeral procession

FLORENCE, S.C. -- An eastern Florence County man is being treated for burns following a Saturday morning incident during which he was set alight.

Bryan Braddock: I'm not going to let another face mask ordinance be pushed through the Florence City Council

FLORENCE — Kelvia Baccus started out cleaning houses as a military wife. Now she runs her own business.

FLORENCE, S.C. -- A Timmonsville man died Saturday in a Florence area hospital following an April 8 traffic stop by, pursuit by and altercation with Timmonsville Police.

FLORENCE, S.C. — The Florence County Sheriff’s Office and the Florence Police Department are preparing to tackle crime in the area of the Inte…

"Communism is not at our door, it’s in the house...:" Barbara Arthur declares for Congressional seat held by Tom Rice

HARTSVILLE, S.C. – The flight against socialism and communism is personal for one person seeking the Congressional seat currently held by Republican Tom Rice. Barbara Arthur, a Cuban American Christian speaker, homeschool mom and insurance agent living in Hartsville, announced her campaign for the Republican nomination for the seat Monday afternoon. Arthur said in a Monday afternoon news release she was running to protect "our Christian liberties" and American heritage. She added that no one in the District 7 race would fight harder against socialism than she would because for her, it’s personal.

Building at Lynches River County Park shut down due to bats

FLORENCE, S.C. – COVID-19 isn’t the only thing shutting down buildings in Florence County. Bats are too. Florence County Councilman Kent Caudle told the county council Thursday morning that the Environmental Discovery Center at Lynches River County Park has been shutdown due to bats.

The city of Florence broke ground Monday on the $16 million baseball and track facility to be constructed next to the Floyd Tennis Center.