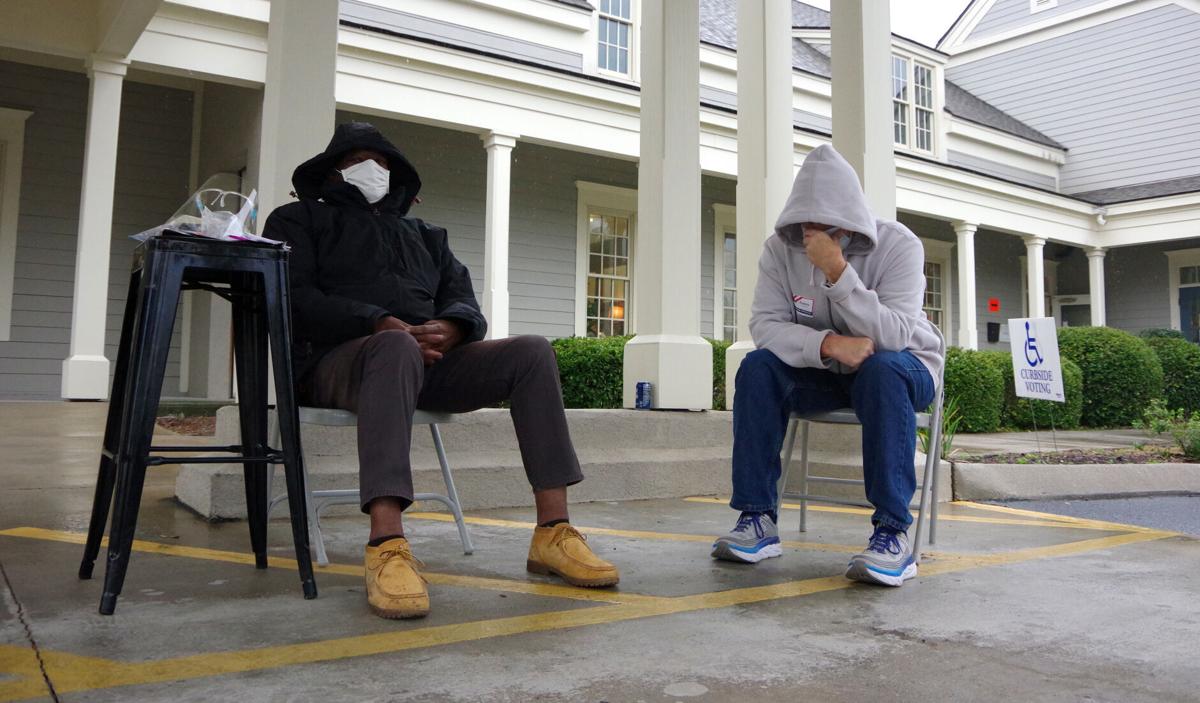 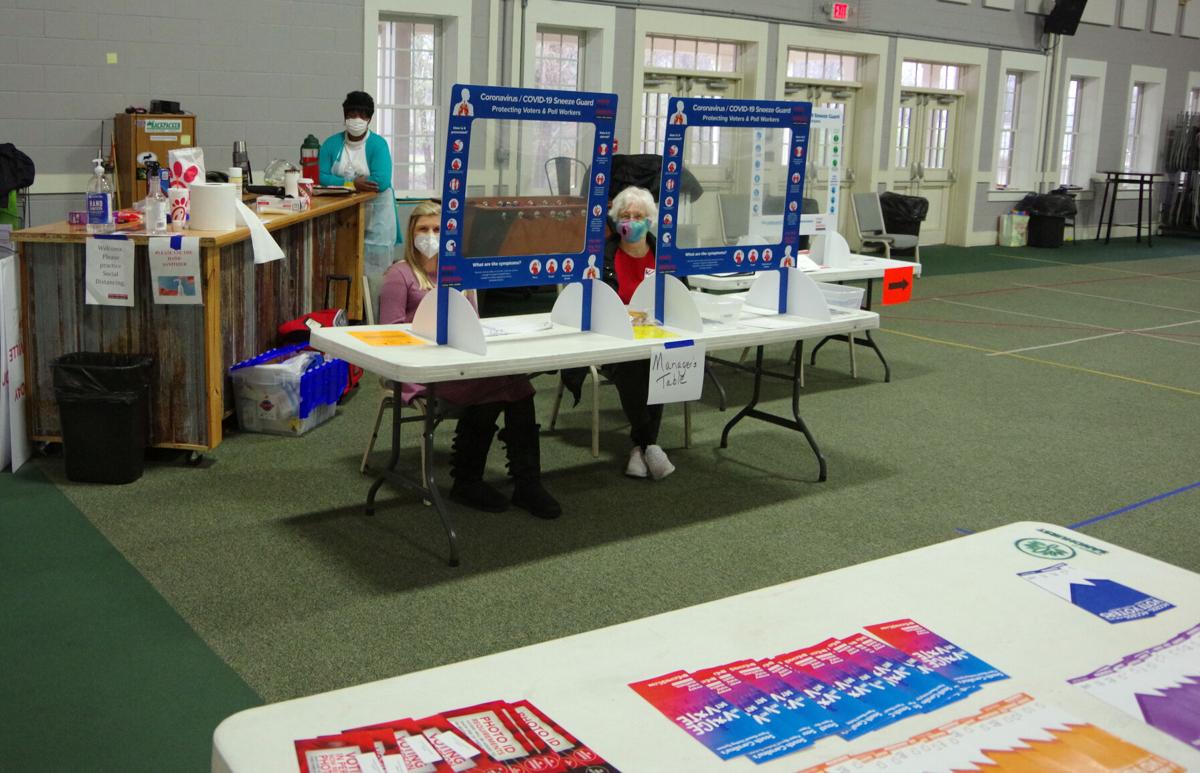 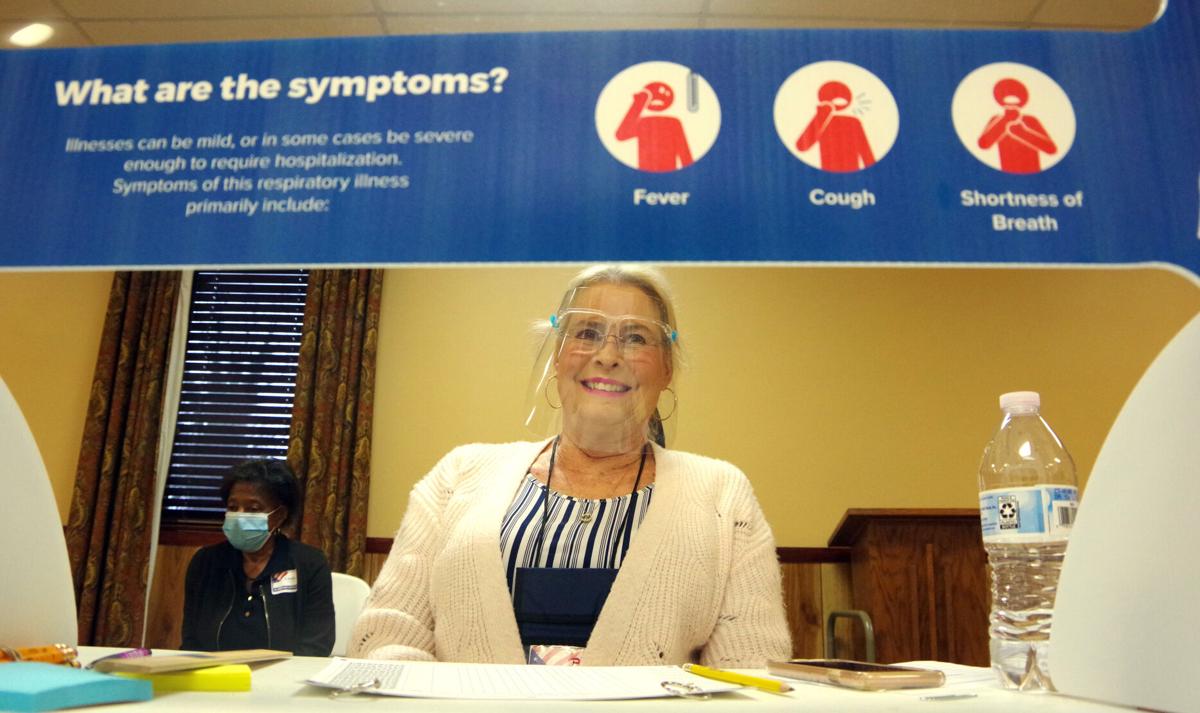 Becky Holt smiles as she sits behind her COVID-19 shield in the fellowship hall at Immanuel Baptist Church off Cherokee Road in Florence. As of 10:15 a.m. Tuesday, the precinct there had recorded one voter in the primary elections to fill two vacant Florence City Council seats.

FLORENCE, S.C. — Both of the two Florence City Council primaries that were contested Tuesday resulted in runoffs.

In the race for the District 3 seat, Bryan Braddock will face former city councilman Robby Hill in a runoff scheduled for Feb. 9.

In the race for the Democratic nominee for District 1, Lashonda Nesmith Jackson will face Joey McMillan in the runoff, also scheduled for Feb. 9.

Braddock said he is happy to be moving on to the runoff and appreciative of the support of the community.

Braddock said he appreciates the support of the voters, especially when considering the strong field of candidates he faced.

The winner of the Republican nomination will essentially be elected to the city council because there is no Democratic opposition in the March 30 general election.

In the District 1 Democratic primary, Nesmith Jackson received 236 of 653 votes (36.14) to finish first among five candidates.

The winner of the Democratic nomination will face Republican William Schofield in the March 30 general election.

Nesmith Jackson said she is excited to be moving on to the runoff. She added that she felt she had the support of the community behind her. She said she thought she would win the Democratic nomination Tuesday night but is willing to wait another two weeks.

McMillan said he is glad to be in the runoff. He added that he is a political newcomer and he feels he did pretty well to get in the runoff in his first race. He also said he is going to “circle the wagons” and keep doing what he did to get into the runoff to win the Democratic nomination.

The results were provided by the Florence County Board of Voter Registration and Elections. These results are unofficial and subject to change when the board of elections meets Thursday to rule on any provisional ballots. Provisional ballots are ballots cast when the potential voter is unable to prove they are who they say they are at the polls. Traditionally, the final numbers change slightly due to provisional ballots being added.

David Alford, the director of the Florence County Board of Voter Registration and Elections, said Tuesday afternoon that turnout was light everywhere he knew of in the two races.

The elections were primaries to determine the party nominees for two seats on the city council. Those seats were vacated in November when Teresa Myers Ervin was elected mayor and Frank J. "Buddy" Brand II was elected to the county council. Myers Ervin defeated Braddock.

Alford also added that he had instructed poll workers to look up voters by hand instead of a computer to eliminate the possibility of someone or several someones voting in a race they should not be.

He also said that there was an issue at Briggs Elementary School on Tuesday morning because a candidate had placed signs too close to the precinct. He did not specify the candidate or race.

Becky Holt smiles as she sits behind her COVID-19 shield in the fellowship hall at Immanuel Baptist Church off Cherokee Road in Florence. As of 10:15 a.m. Tuesday, the precinct there had recorded one voter in the primary elections to fill two vacant Florence City Council seats.