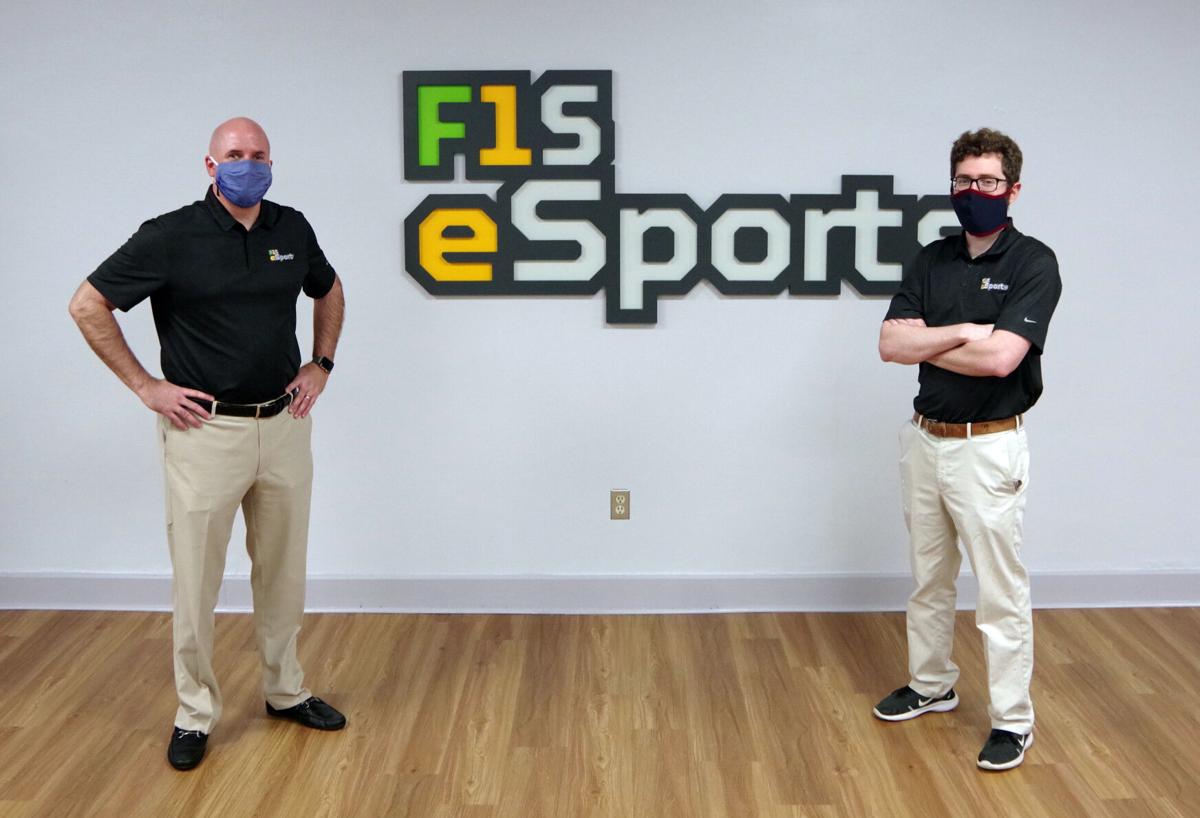 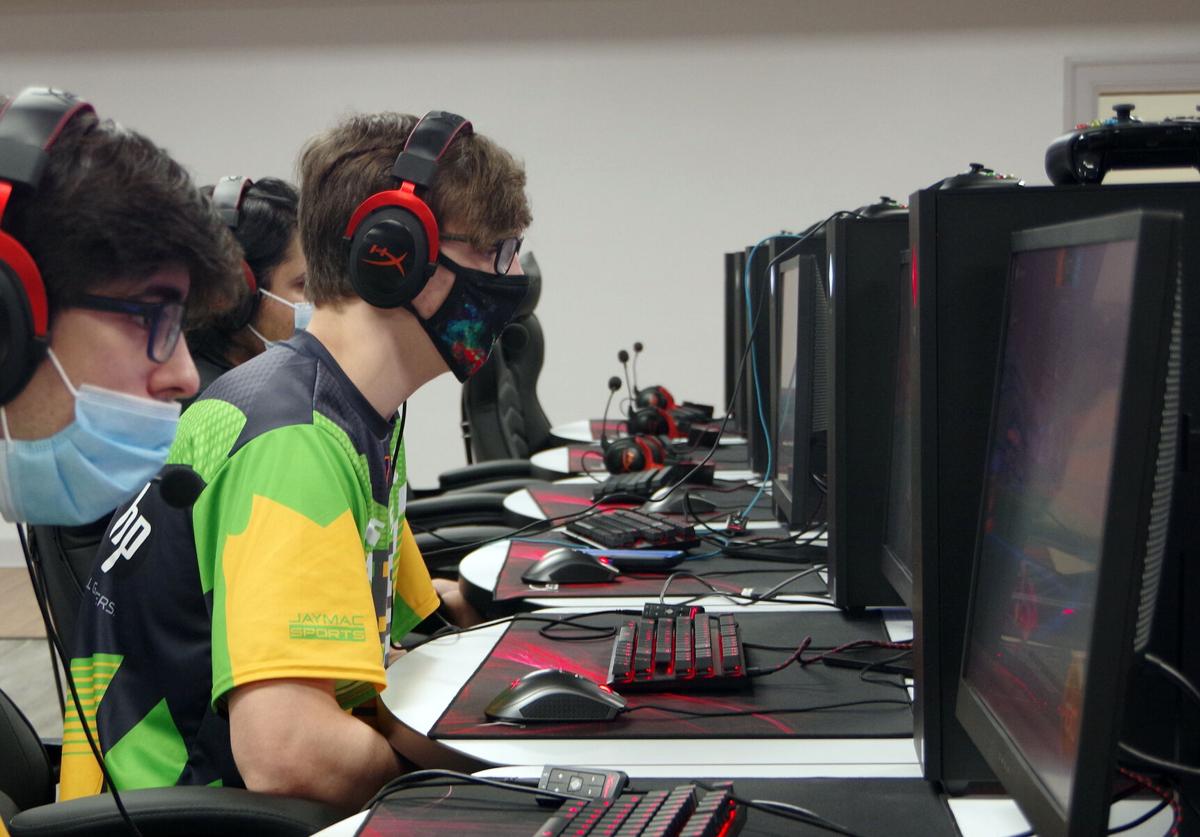 Tanis Caltrider warms up before a Rocket League match in a national tournament. The team plays in its home venue against teams from across the nation. 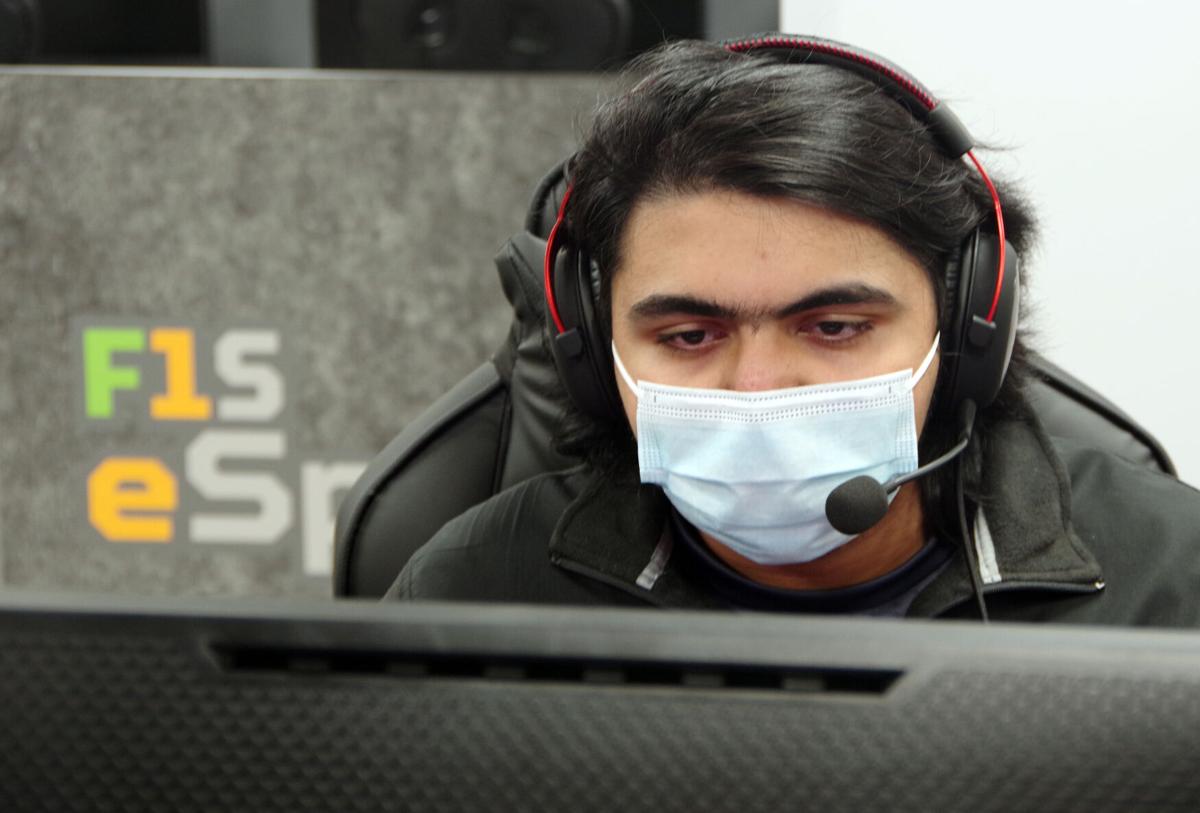 Saif Chaudhry warms up before a Rocket League match in a national tournament. 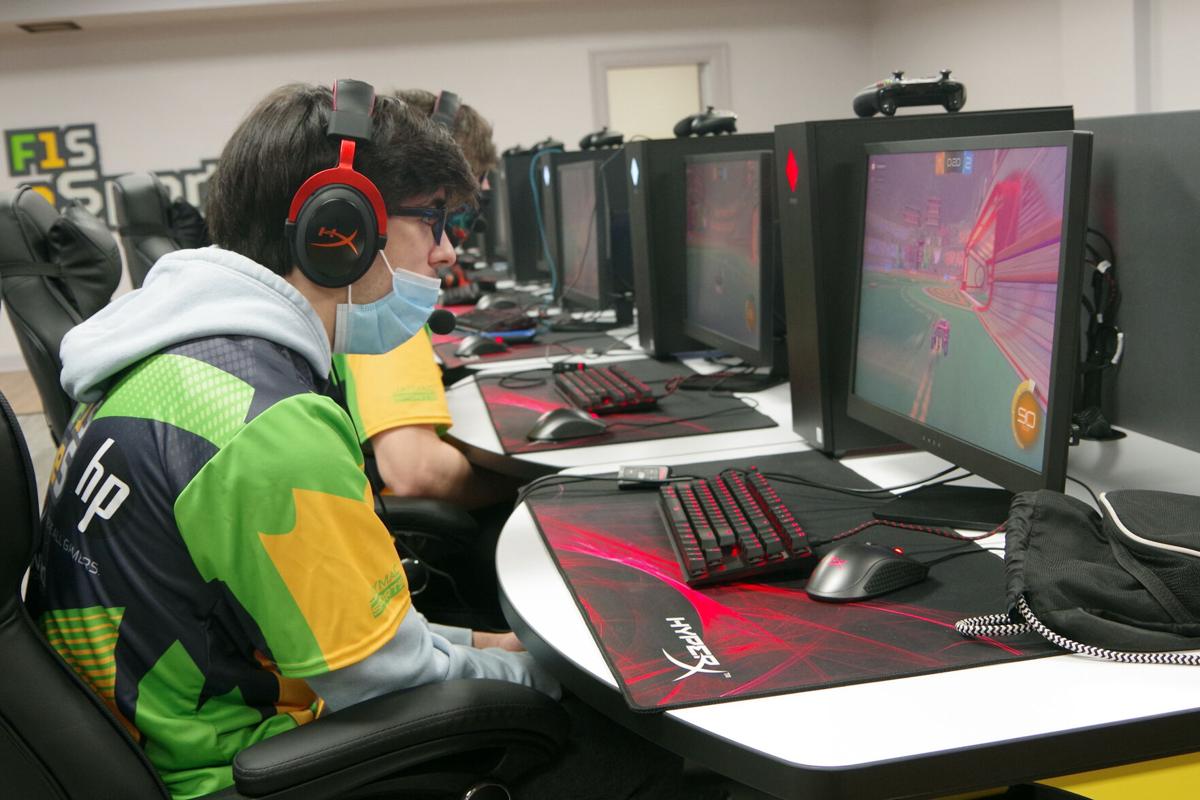 Tanis Caltrider warms up before a Rocket League match in a national tournament. 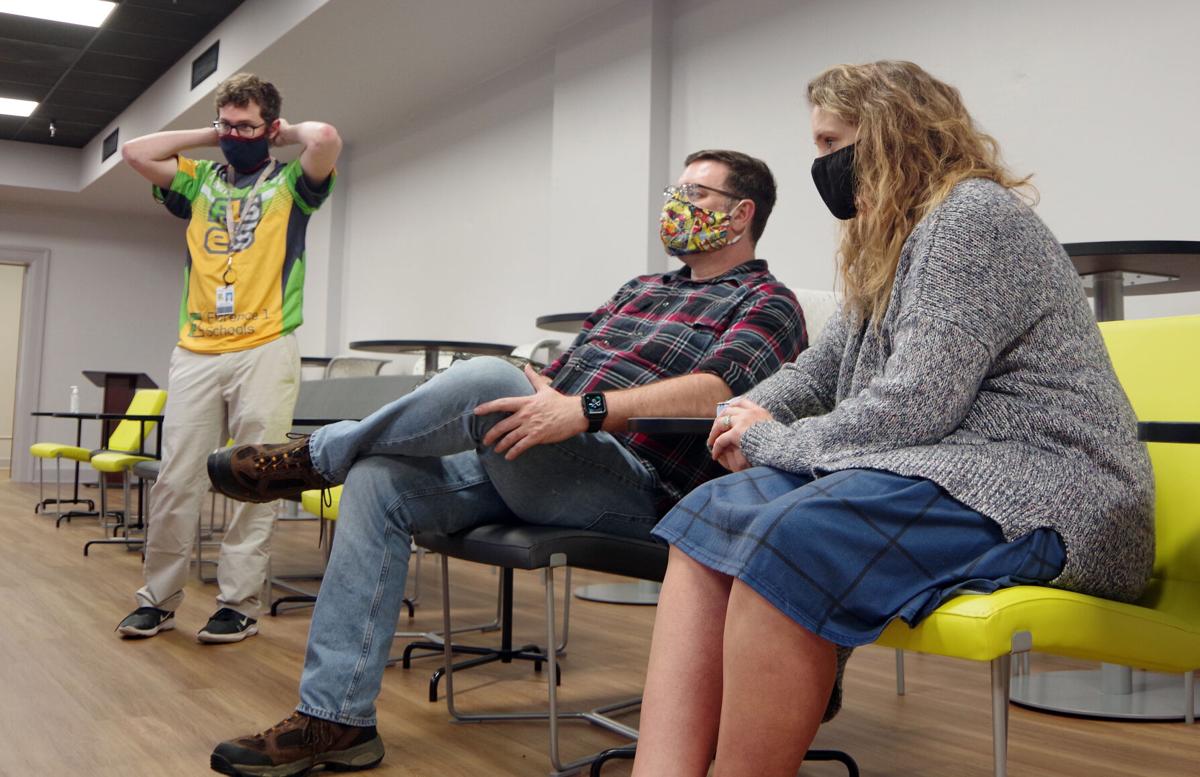 Mike Caltrider and Kelly Keith — there to cheer on Tanis Caltrider — watch monitors that show what each player is doing Saturday in Rocket League play.

FLORENCE, S.C. — Two spectators — a parent and a friend — were on hand Saturday to watch the second-ranked-in-the-nation Florence One Schools esports Rocket League team play in their end-of-the-season tournament.

There are 64 teams in the single-elimination High School Esports League Winter Challenge — a national tournament. The winning team will get scholarship money they'll be able to access when they go to college.

"I'm very pleased at how fast this is taking off but the talent we've been able to tap into with our students. They've outpaced our expectations for the first year," said Kyle Jones, school district chief technology officer who was key to launching the team.

It has been less than a year since the esports program was launched at Florence One Schools and in that time Coach Wyatt Howle's Rocket League team has risen to the No. 2 ranking nationally.

"One of our sophomores, I think, if he sticks with it could go pro," said Coach Wyatt Howle "We are only ranked second. There's a significant chance we're going to win this tournament next week."

That would require some wins between Saturday's games and Tuesday's planned games — contests Howle said he think his team should be able to win.

That the team is wrapping up its first season ranked No. 2 nationally in a game is testament to the hard work of the students, Howle said.

Really work of the team they have become.

"Part of our success in tapping into our talent here is that our students have met now and formed close relationships," Jones said.

"They do it on their own time. They put in 20 hours a week doing this," Howle said.

"Even beyond their own little game they play, they're coming in to other games and being a good spectator and good teammate," Howle said.

The accomplishment, though, is not unique this year.

The Florence team, Howle said, are not fans of the Kansas squad.

Rocket League — a soccer-like game played with acrobatic cars — is a three-vs.-three game, with a fourth player on hand as a substitute, that requires near constant communication between the players to ensure goals and success.

And that's with a team that didn't exist this time last year and with students who didn't know each other prior to landing on the team.

"They're building this community within themselves," Howle said. "They started a Minecraft server on their own accord and are playing that."

The team, though, has had one advantage that other teams in the district haven't had — they've not been sidelined by the COVID-19 pandemic — they had virtual practices with the athletes at their homes.

The team is composed of about 60% underclassmen and 40% upperclassmen but that doesn't mean as much as it does in sports where size matters.

Online only skill matters and the next team to make a run at a national rank will be sophomores next year — the Valorant team.

"Next year we'll be up there with the big dogs," Howle said.

Winning tournaments is great but that's not really what it's about for Howle.

"Obviously you want to win all the championships but I want to develop the talent," Howle said.

Critical thinking, teamwork and problem solving on the fly are skills taught through esports and Jones said those skills are in high demand throughout industry and the military.

"I think there's a lot of young kids here with a lot of heart and really dedicated to it and 30-40 hours a week. They're up until all hours of the night, go to school the next day and make all As," Howle said.

As Howle wraps up his first season coaching with a No. 2 nationally ranked team on hand and another possibly in development that leaves the program planning, developing and recruiting for its second season.

But don't ask him about his goals for next year.

"I don't know that I've met my goals for this season," he said.

Kelley’s Fine Arts raises money to help others through dance

FLORENCE, S.C. — Kelley’s Fine Arts dance studio takes pride in using dancing to bring love and support to those in need. For years, the dance studio has held dance concerts that give a “Sneak Peak” at its competition dance routines while raising money for a member of the dance family or for the community. This year, Sneak Peak 2021 was held on Jan. 30 at Camden High School.

Tanis Caltrider warms up before a Rocket League match in a national tournament. The team plays in its home venue against teams from across the nation.

Saif Chaudhry warms up before a Rocket League match in a national tournament.

Tanis Caltrider warms up before a Rocket League match in a national tournament.

Mike Caltrider and Kelly Keith — there to cheer on Tanis Caltrider — watch monitors that show what each player is doing Saturday in Rocket League play.