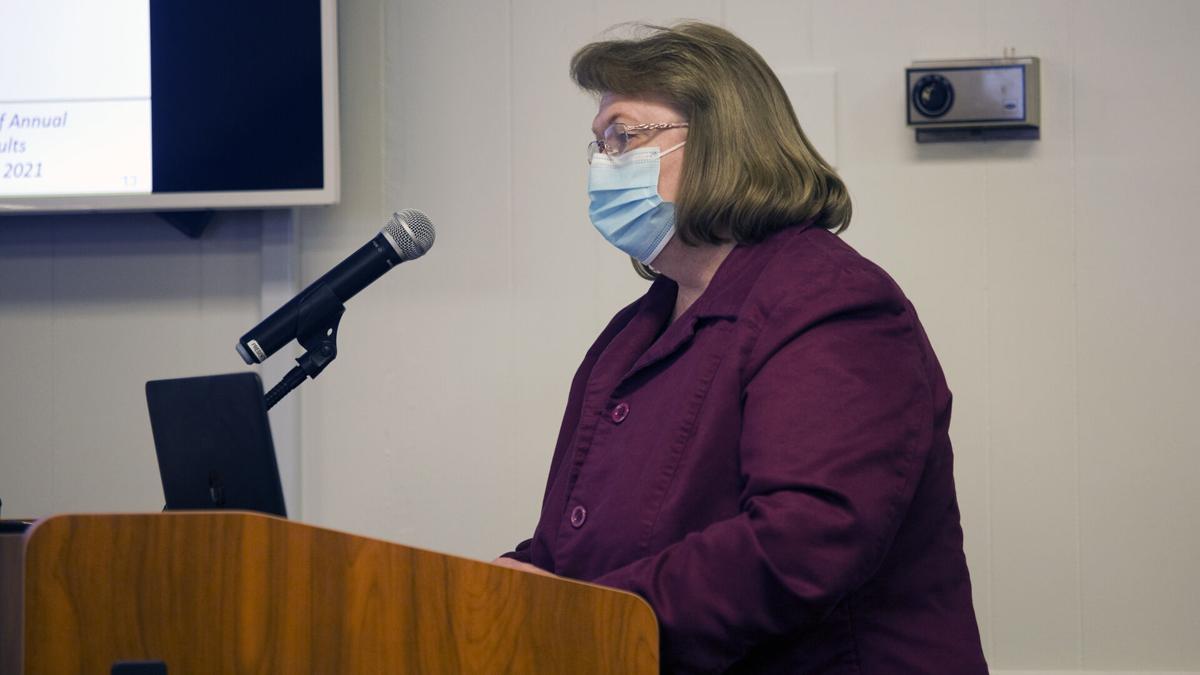 Ellen Adkins of Webster Rogers presents the results of the purchasing audit to the Florence One Schools board. 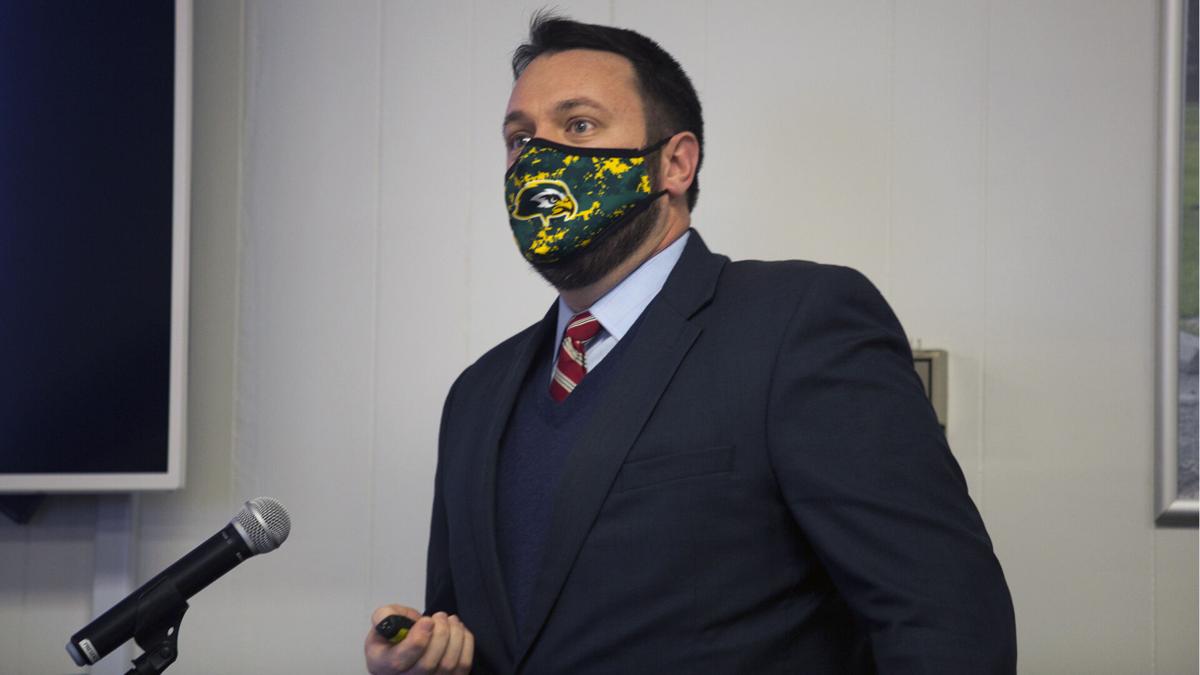 Tim Lyons of Mauldin and Jenkins presents the results of an audit of the district's financial reporting to the Florence One Schools board. Lyons is wearing a mask containing the athletics logo of the Ben Lippen School in Columbia.

FLORENCE, S.C. — The Florence One Schools board learned the results of two independent audits of the district's financial records Thursday evening.

What is an audit?

An audit is an examination of the financial records of a business, nonprofit organization or a governmental entity to determine if that entity is following the appropriate accounting principles.

For Florence One Schools, those accounting principles are known as generally accepted accounting standards. These standards are set by the Governmental Accounting Standards Board, a private organization. The current chair of this board is Joel Black, a partner at Mauldin and Jenkins.

Mauldin and Jenkins performed the financial reporting audit for Florence One Schools.

What kinds of audits are there?

There are two types of audits: internal (within the entity) or external (a person independent of the entity).

The audit of the financial statements also examines the internal controls for financial reporting and examines the district's largest federal programs. This year, auditors examined the child nutrition program and the special education program.

The purchasing audit was performed by Webster Rogers. It looks at whether the district complies with its purchasing rules.

How does an independent auditor rate the entities it audits?

Florence One Schools received an unmodified opinion for its financial reporting.

Tim Lyons of Mauldin and Jenkins presented the opinion and related report to the board at a meeting held Thursday evening.

"In accordance with government auditing standards, we had no findings this year," Lyons said. 'So no material weaknesses in internal controls and no material instances of noncompliance."

Lyons also said his firm found no nonmaterial issues either. However, he did mention near the end of his presentation that the district's expenses exceeded their revenues for the 2019-2020 school year. Lyons said that the district remains above the required thresholds of rainy day money but that the board needed to monitor the trend going forward to make sure it did not continue.

Lyons added that the auditors had no issues with the management of the district when they conducted the audit. He credited Laura Showe, the district's chief financial officer, for her hard work on the audit.

O'Malley told the board that the district was supposed to be conducting this audit every year but fell behind. The audit presented last year covered the four years prior to the 2018-2019 school year.

Adkins implied that the district had received a qualified opinion.

Adkins cautioned the board that the four-year audit turned up several areas in need of attention. She added that the district had also seen personnel turnover, making it a very challenging period.

'Fortunately, [you've] made some tremendous hires, and they've put in a lot of effort even though it meant going back to the year before they were here," Adkins said. "You're seeing a big improvement in the procurement processes."

"This was not done," Adkins said.

She also added that there were now plans in place to do this going forward.

The five nonmaterial findings were listed in the audit report provided to the board along with recommendations to fix them.

The district took one step to fixing one of those by holding the first reading of a purchasing policy and another when O'Malley provided some financial information to the board earlier in the meeting.

State law also mandates that the purchasing audit also examine the district's efforts to purchase 10% of its needs from minority- and female-owned businesses.

Adkins said the district purchased 3.9% from such businesses, up from 3.75% in the previous four years. She added that no district in the state that she's seen meets the requirement and that many businesses that would qualify simply do not fill out the paperwork required to qualify.

DARLINGTON, S.C. -- McLeod Health Darlington -- formerly the Wilson Clinic, will soon fall to the demolition team a victim of age and weather damage.

Ellen Adkins of Webster Rogers presents the results of the purchasing audit to the Florence One Schools board.

Tim Lyons of Mauldin and Jenkins presents the results of an audit of the district's financial reporting to the Florence One Schools board. Lyons is wearing a mask containing the athletics logo of the Ben Lippen School in Columbia.