Browns vs. Chiefs: Follow the latest scores and updates from the NFL playoffs

Hot, dry summer doesn’t have to doom plants
0 comments
Share this
{{featured_button_text}}
1 of 2 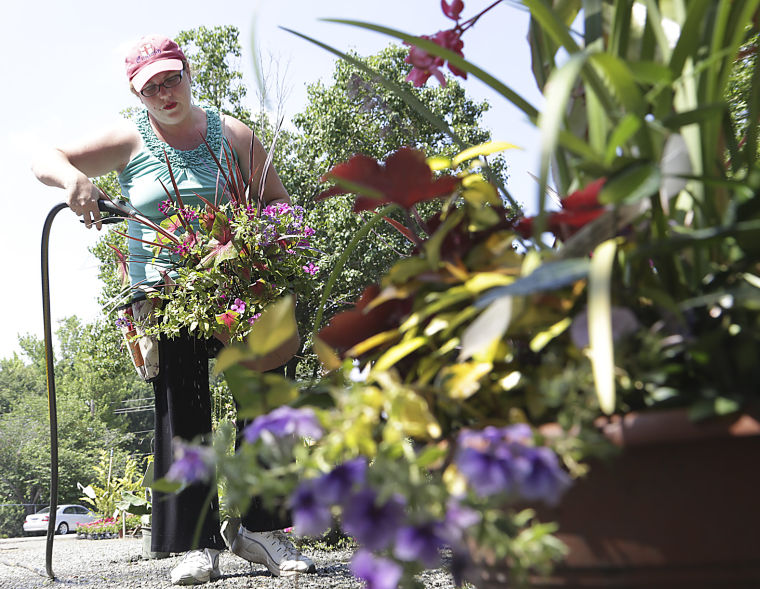 Amy Taylor Wells, vice president and gardener, waters plants on Thursday, June 19, 2014, at Taylor Garden and Gift Shop. Taylor Wells said plants and lawns should get about an inch per week of water. 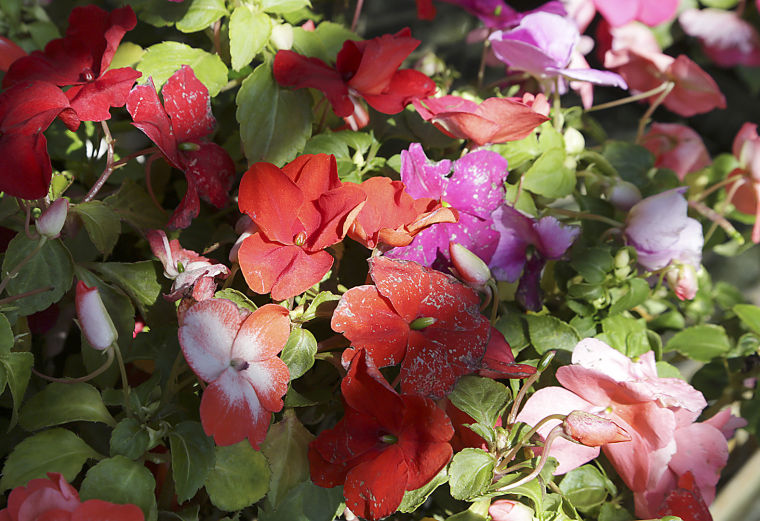 Impatiens and other blooming plants require more water than usual during the hot weather on Thursday, June 19, 2014, but gardener Amy Taylor Wells said it's important not to over water.

FLORENCE, S.C. — Saturday is the first day of summer, but the high temperatures and dry conditions were already here in some regions of the Pee Dee. Keeping plants and lawns green can be a battle, but it’s one that can be won with a little watering knowledge.

Clemson Extension horticulturalist Tony Melton said areas in lower Florence County have had lots of rain, but “up here in Florence and areas of Darlington and McBee, it’s nasty dry. It’s tough on everyone.”

Melton said, on average, most lawns and plants need roughly one inch of water per week, spread over two half-inch watering sessions. The best time to water is in the early morning hours, from 3 to 7 a.m.

“If you water every day, it evaporates,” he said. “Water deeply when you do. That way, not a lot of water is wasted. If you water in the evening, everything is so hot it just evaporates and encourages disease.”

“It lets the roots get down further into the ground and be more self sufficient,” she said. “I made the mistake of watering my vegetable garden every day but found out that wasn’t a good thing to do.”

Waiting too long to water is another common mistake. Tommy Taylor, owner of Taylor Garden and Gift Shop and a certified nurseryman, said many people wait until the plant is dead before they water it.

“In other words, when a plant starts wilting, it’s telling you it’s thirsty,” he said. “It’s important to have drainage with potted plants, too. If you don’t, they could drown.”

The Taylors said it’s important to water new lawns and plants every day for several weeks before tapering off to allow the roots to grow deep.

“In a nursery, plants get watered every day,” Tommy said. “Once they get in the ground, they have to compete with all the plants around them.”

He said the best thing to do before planting anything is to get a soil sample. The Clemson Extension Pee Dee Research and Education Center offers soil testing.

Above all, Taylor Wells said make sure you only plant what you can water. Some plants take more water than others, and if you don’t have time to water them, don’t buy them.

In April 2013, the South Carolina Drought Response Committee downgraded the drought from moderate to no drought for all counties. South Carolina Department of Natural Resources State Climatologist Hope Mizzell said she doesn’t expect to convene the drought committee in the near future. She said parts of the Pee Dee have received less than 50 percent of the normal rainfall in the last 30 days. Looking at the past 60 days, however, rainfall is normal.

“What you’re looking at is conditions that could affect foliage or grass in this dry spell,” Mizzell said. “There is a difference between dry spell and drought. Unfortunately, it can quickly turn into a drought, so we are constantly monitoring the situation.”

>> A potted plant takes four to eight weeks to grow into surrounding soil.

>> A 5-gallon potted shrub or tree needs 5 gallons of water applied once per week.

>> Annuals and perennials need water to a depth of 6 to 12 inches.

>> Water after the soil has dried out but before plants wilt.

>> Water early in the morning to lessen evaporation and discourage diseases caused by wet foliage at night.

>> Create a well around newly installed plants with a circle of plastic edging. This is preferable over a ring of soil.

>> Use organic fertilizers that fortify the soil with organic matter, which increases its holding capacity.

Amy Taylor Wells, vice president and gardener, waters plants on Thursday, June 19, 2014, at Taylor Garden and Gift Shop. Taylor Wells said plants and lawns should get about an inch per week of water.

Impatiens and other blooming plants require more water than usual during the hot weather on Thursday, June 19, 2014, but gardener Amy Taylor Wells said it's important not to over water.