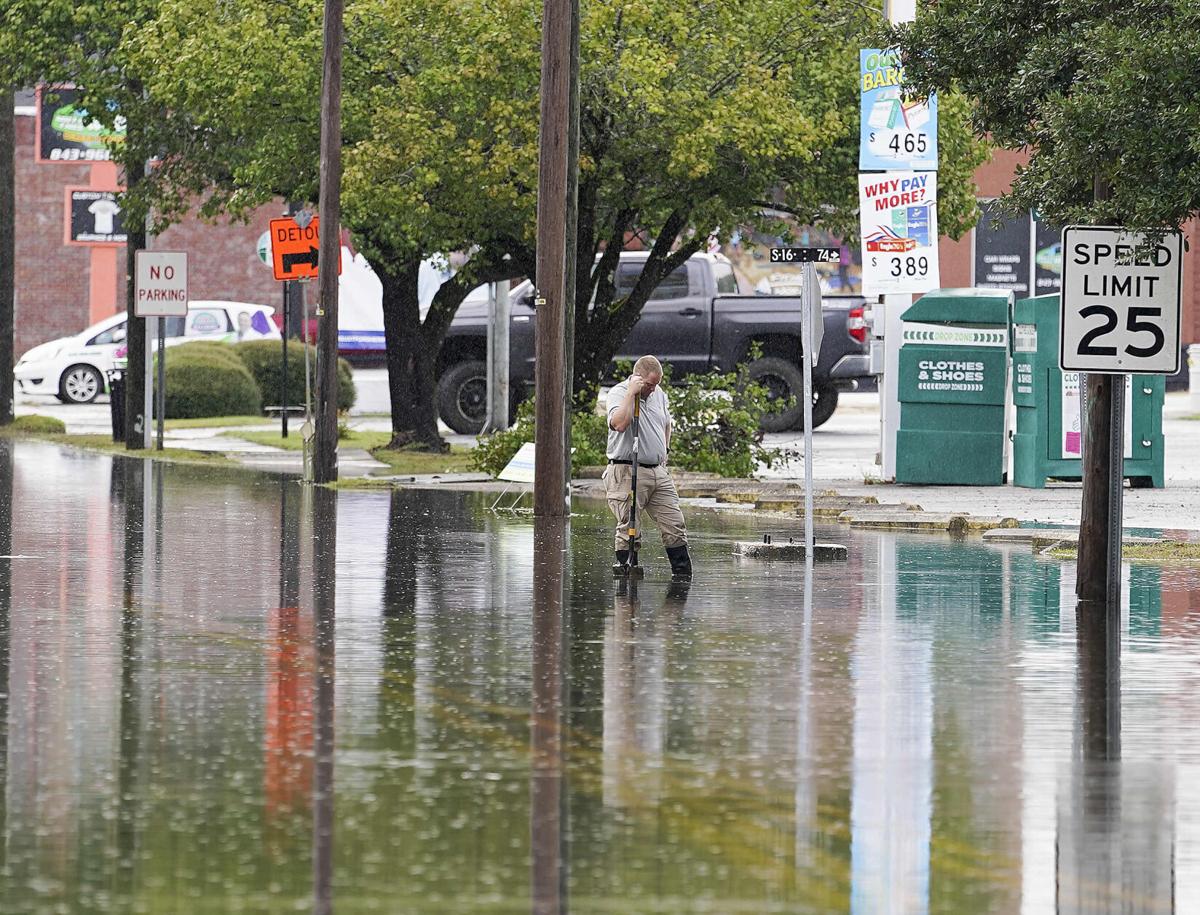 Heavy rains caused some flooding along South Main Street in Darlington. Alex Gainey, the city's director of street sanitation and stormwater, tries to clear a 24-foot pipe that was carrying too much volume from the rain to drain. 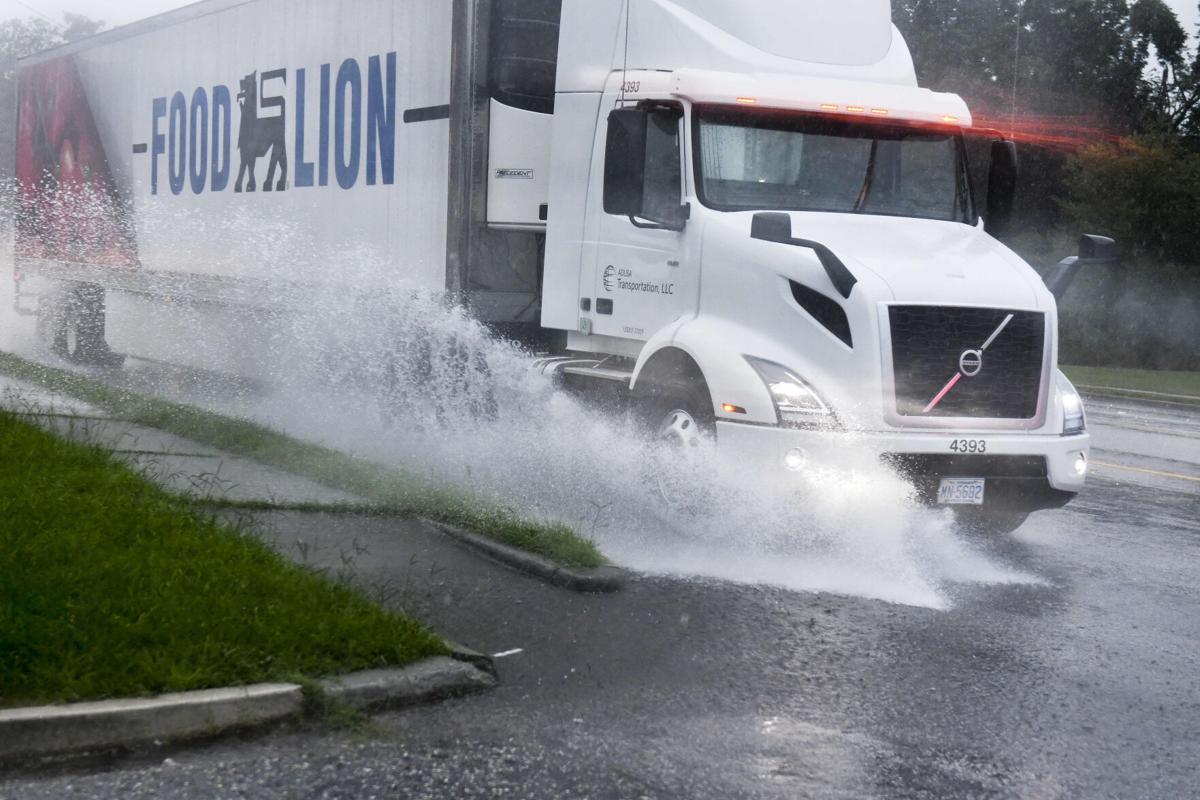 Florence Regional Airport recorded 2.36 inches of rain between 7 a.m. and 3:53 p.m. as the storm rolled through. Areas west of the airport were hit by severe thunderstorms and received more rain.

The heavy rains that passed through Thursday afternoon left several Pee Dee fire departments running to take care of trees in the road and motorists in the water.

The roads in Florence that usually flood in a heavy rain did so with a vengeance.

Published reports indicate a retaining wall failed in Darlington, spilling bricks out onto a sidewalk, and a building in the city suffered roof damage.

The remainder of Thursday's forecast called for a continued high chance of rain decreasing from 80% to 50% as the night passed.

Friday's forecast calls for a windy day with fog in the morning and a 30% chance of showers in the afternoon.

Saturday's forecast calls for a slight chance of morning showers before before the skies clear. Highs Saturday and Sunday are forecast to be about 70 with overnight lows in the mid 50s.

FLORENCE, S.C. -- Florence firefighters Wednesday night put their new pet rescue equipment to good use when they responded to a structure fire at 504 Tingen Alley.

FLORENCE, S.C. — "What's in a name," state Sen. Gerald Malloy asked those attending the ceremony to mark the naming of automotive and HVAC building at Florence-Darlington Technical College after him. The school held the ceremony Thursday afternoon.

FLORENCE, S.C. — Ruiz Foods will soon be expanding its Florence facility for the second time. The Florence County Council approved the second reading of an ordinance authorizing an amendment to a fee in lieu of tax agreement with the company and its South Carolina subsidiary at its Thursday morning meeting.

Heavy rains caused some flooding along South Main Street in Darlington. Alex Gainey, the city's director of street sanitation and stormwater, tries to clear a 24-foot pipe that was carrying too much volume from the rain to drain. 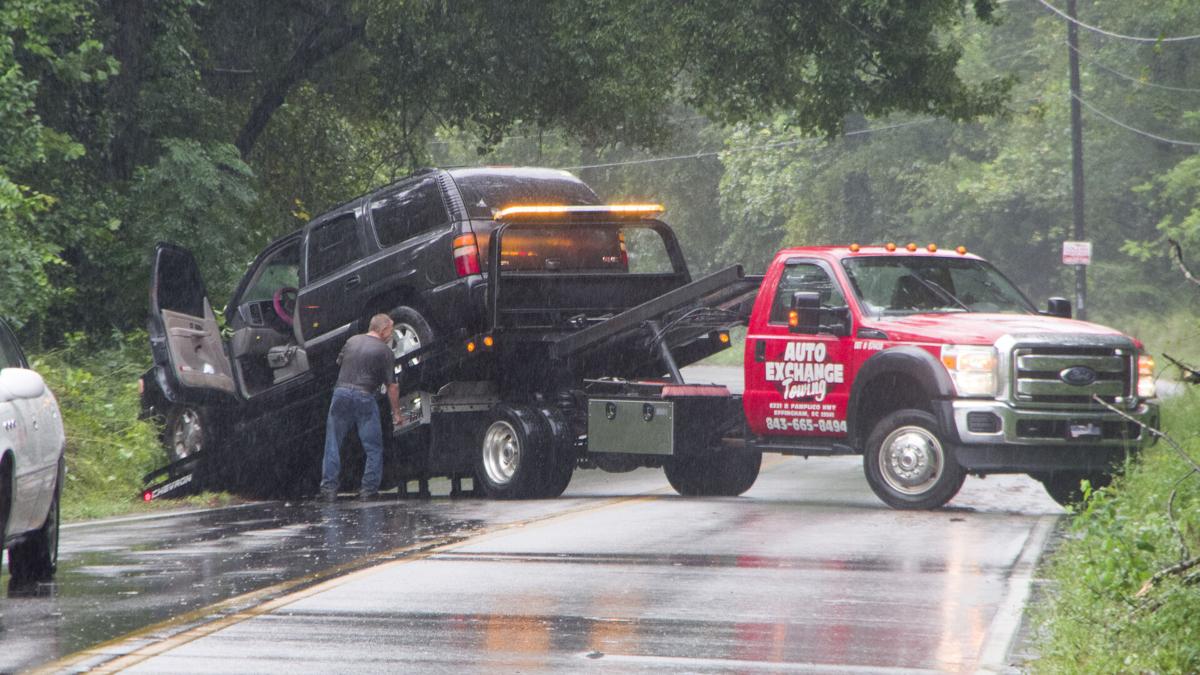 A recovery truck operator works to secure an SUV he just recovered from a ditch along the west side of Dunbarton Drive in Florence. Heavy rains associated with Hurricane Sally's passage left responders to deal with wrecks and flooded cars.