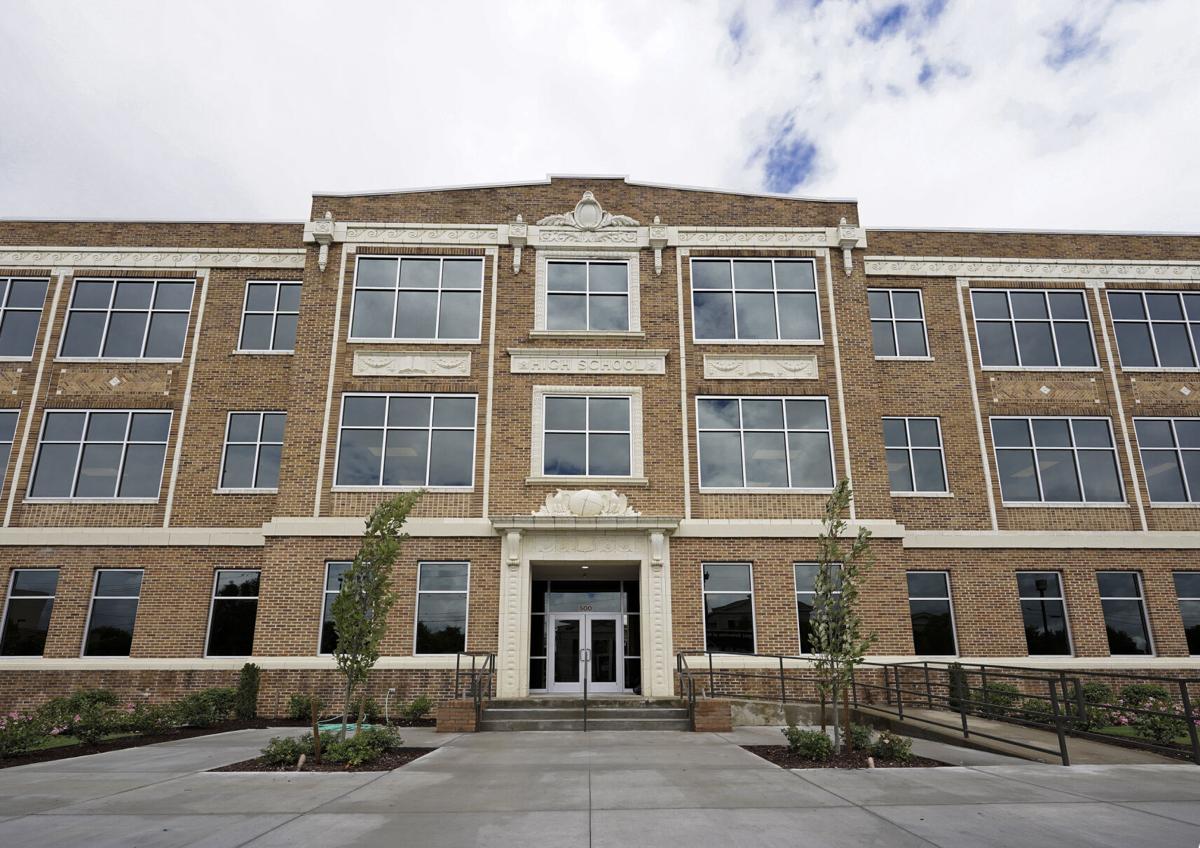 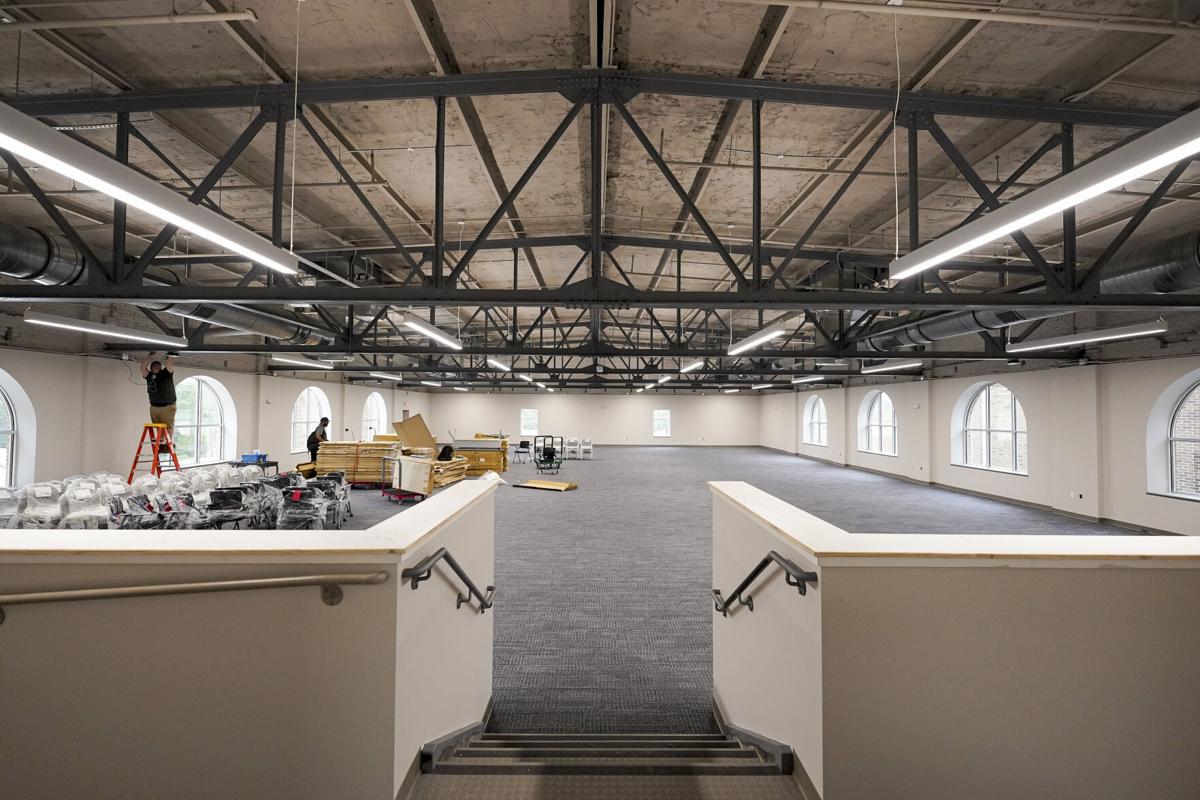 What was the balcony that overlooked McClenaghan High School’s auditorium is now a training room complete with the roof supports and windows that were original to the building. 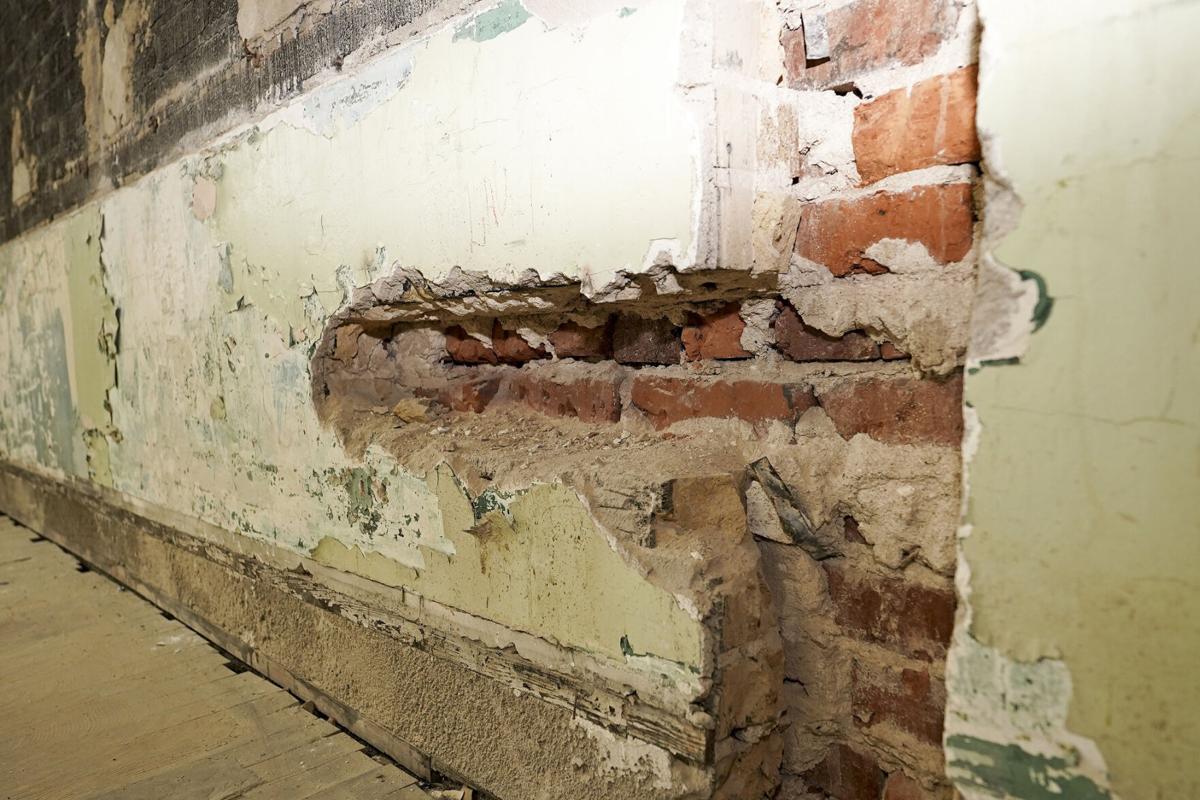 This image shows one of the unrenovated areas of the school which, in turn, shows a glimpse at how the building was constructed 100 years ago. 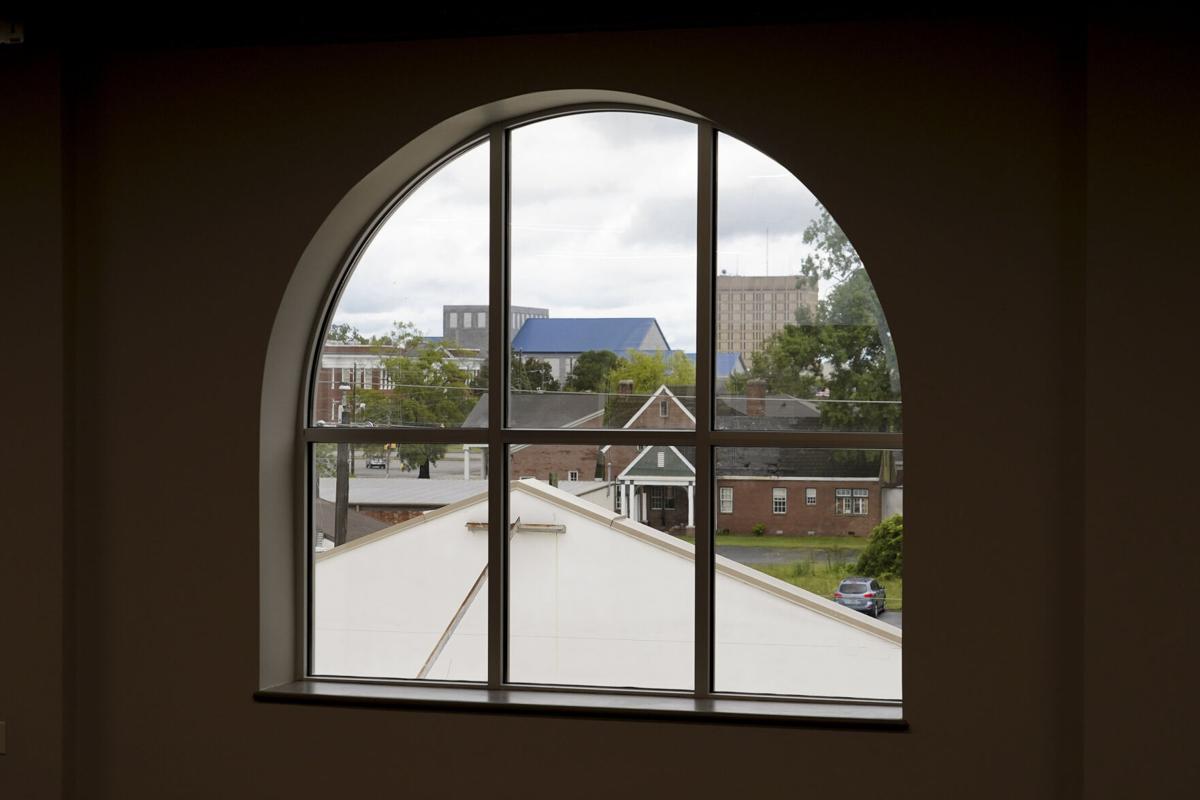 The view through one of the original auditorium windows now gives a look at how much the city of Florence has grown around the school. 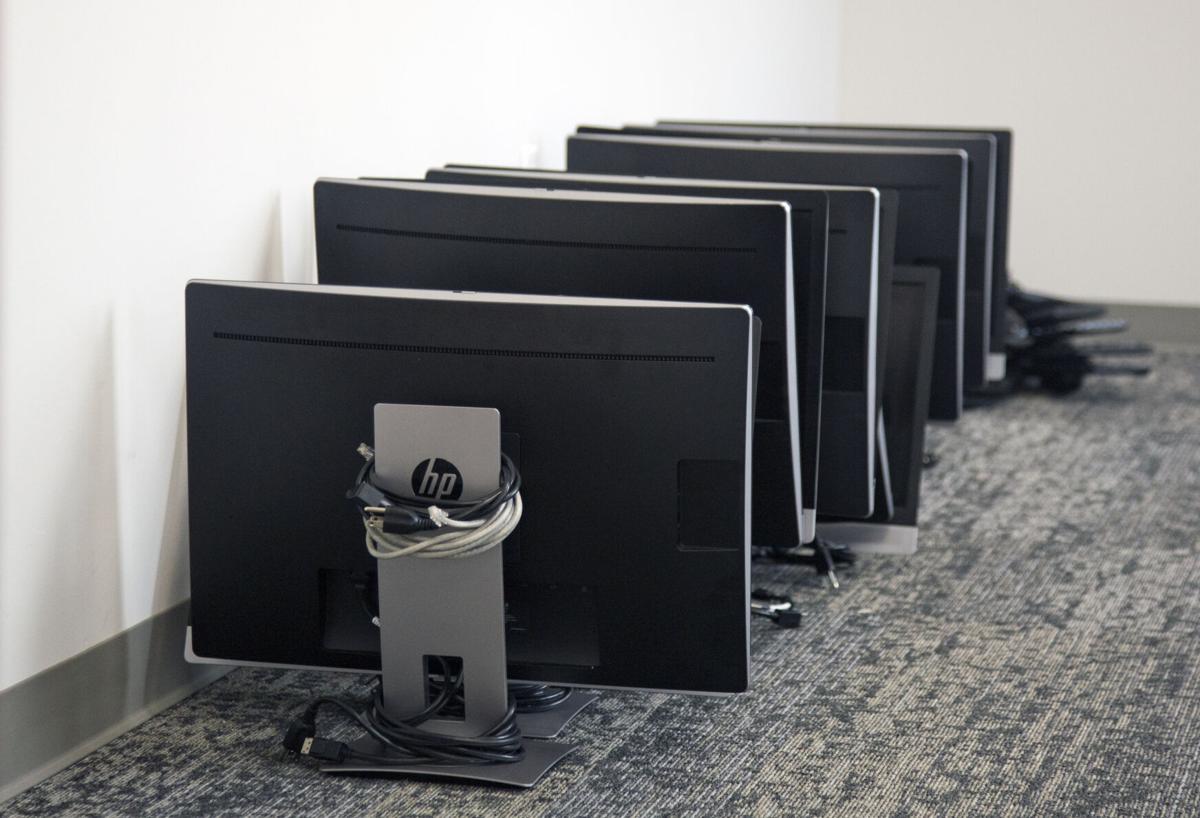 A series of monitors sits on the floor of a workroom at the former McClenaghan High School. 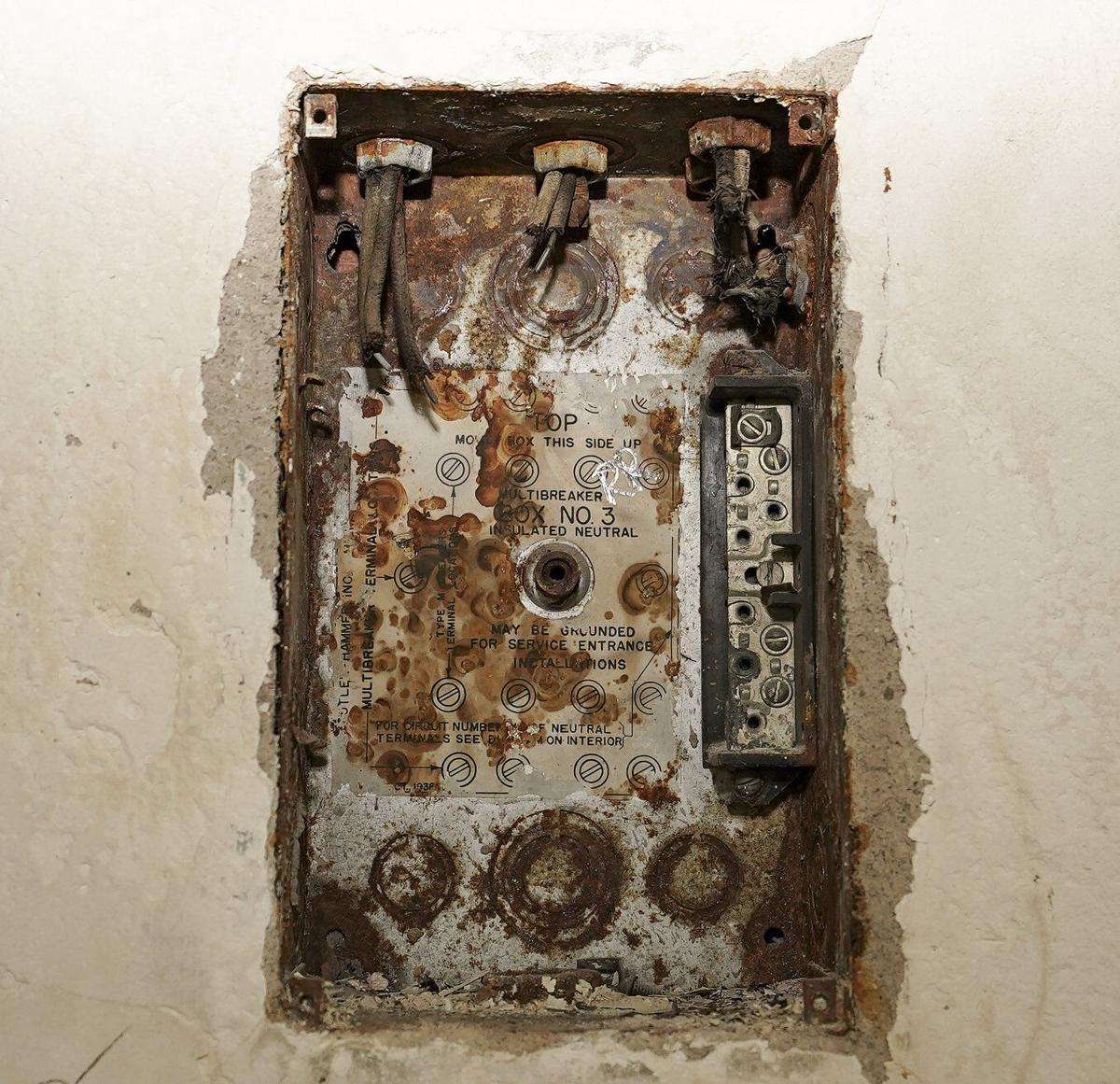 An original electrical junction box still rests inside one of the unrenovated walls. 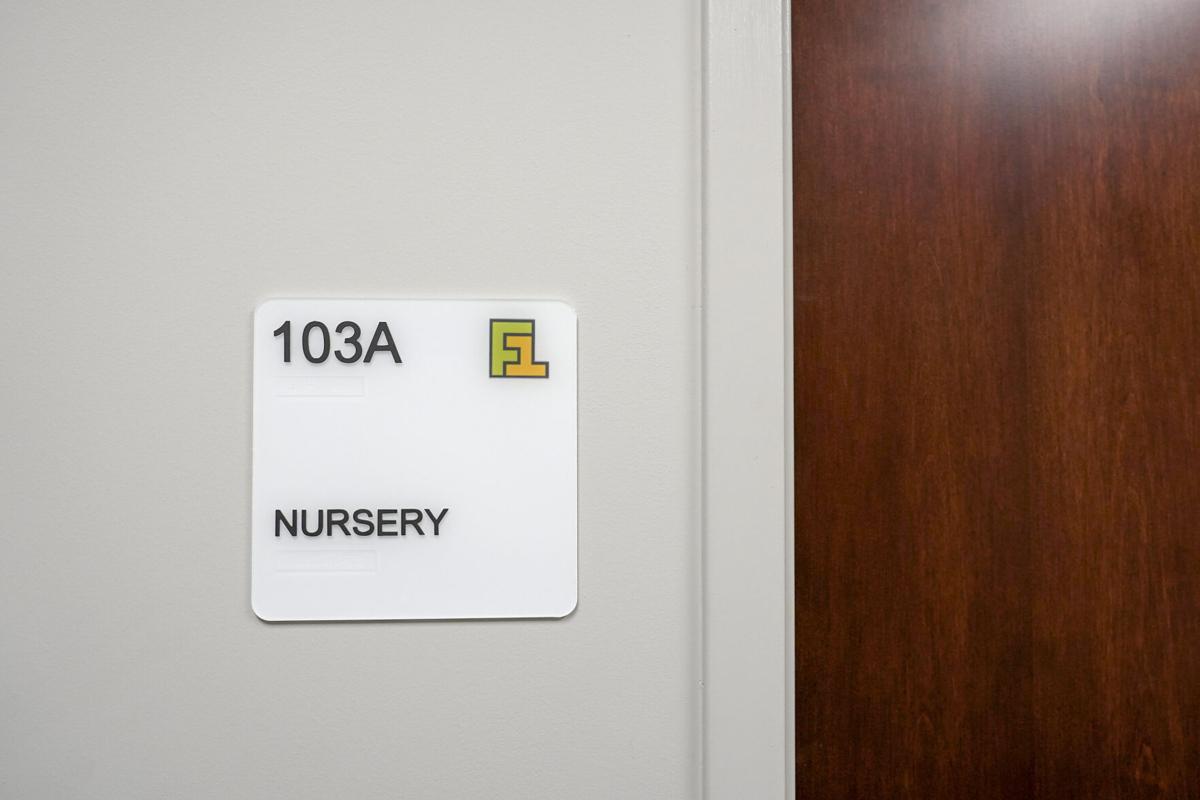 FLORENCE, S.C. — The McClenaghan High School building is a survivor. In its first century, it was home to Florence students, retirees, Hurricane Katrina refugees and gym members.

Soon, the old school will begin its second century with a new mission.

Doubters need only look at the school’s almost-a-foot-thick masonry load-bearing walls and steel structure − some of which was both riveted and welded into place. Or maybe walk on the school’s second and third floors, which are every bit as solid as its first floor.

To mark the 100th year since students first occupied the building, it will open as the McClenaghan Administrative Annex and will be home to some Florence One Schools’ administrative offices on the second floor, some training rooms on the third floor and the district’s adult education program on the first floor.

It will ultimately play a key role in the future of Florence One Schools, as it will allow Poynor School to become a medical magnet school where it now serves as the district’s adult education center.

“I’m very pleased that this building is coming back in to the public sector,” said Florence One Schools Board Chairman Porter Stewart. “The board has long had a dream that we could restore this building for the community, and that’s what’s now taking place.”

McClenaghan alumni Terry Alexander and Robbie Sisco, Stewart and a Morning News reporter were given a tour of the building Tuesday by school district spokeswoman Melissa Rollins.

Sisco is also a volunteer who is working with a group of others to prepare for the reopening of their old school.

Inside the school, work crews hustled from one task to the next as they put the finishing touches on the job ahead of September’s opening date.

“It’s my understanding the building itself was structurally sound,” Stewart said. “Pleasantly surprised by the soundness and construction quality of the building. It’s probably one of the most sound buildings in the community, even before the restoration.”

If you know where to go in the building, there are still rooms that show the building’s structure and unrenovated past.

Back in the day

This was the office, back there was the cafeteria, Sisco and Alexander said as they entered the school that now has carpet, tile, pristine white walls, a computer network and air conditioning.

The cafeteria, though, is now gone and replaced with classrooms. Ditto for the auditorium.

The balcony remains but is now a huge training room with arched windows that Sisco proudly pointed out from a lower floor on the tour.

The school’s exterior still sports a globe and simple notation “High School” above the front door while two side doors continue to note an entrance for girls and one for boys.

The boys entrance still functions in that capacity. The girls entrance is now a window.

“When we got to McClenaghan, it was the second year for integration, so you can imagine the tension and turmoil that was going on,” Alexander said. “It was only totally integrated about five years. Here we were, a bunch of kids coming over here, not disrupting but upsetting the normal flow of McClenaghan High School. It was interesting.

“When I come in here and see this building and what they’ve done to this building and some of the memories that go along with this building from the gym to the auditorium to the cafeteria to the back to the side,” Alexander said as he stood in the third-floor training room.

“I never really saw the front of the building until they started renovating the building, because the buses would drop us off and pick us up at the back,” Alexander said.

“The front of the building was kind of off base” unless students were headed to the office or to see a guidance counselor, Alexander said.

“It’s wonderful,” Sisco said. “It’s part of the heritage in Florence and a symbol for so many generations of students who went to school in Florence. It represents, for me, those best years of high school.”

The revived McClenaghan will serve as an anchor for the southern end of downtown Florence along with the Drs. Bruce & Lee Foundation Library, which is across the street.

Stewart said he was pleased to see the enthusiasm about the school’s renovation.

“There are a lot of folks who have a deep connection here,” Stewart said. “This is just another opportunity to build a sense of community and a place to be.

“Now it’s going to be a destination, not just a destination for its own sake but a place for education to begin. Looking forward to seeing this magnificent building housing students again.”

Alexander, who has worked in the education system in the past, credited Florence One Schools Superintendent Dr. Richard O’Malley with knowing how to bring the school back into the system.

“One thing about it: O’Malley, with all of his stuff, he brings a difference here,” Alexander said.

Alexander said that in his time working in education, the parade of South Carolina experienced educators was akin to just recycling other districts’ past leaders.

“O’Malley brings something different,” Alexander said. “It’s interesting to see what District One is doing and integrating with the city of Florence.

“Change is constant. You can count on change. The deal is how we manage change. Florence is going to grow, and it’s going to change whether we like it or not.”

And while they’ve restored the original school building, the district also purchased the old Fitness Forum, which was, back in the day, called the Elm Street Wing of the building.

What becomes of that, Stewart said, is up in the air but full of opportunities in the future.

“As a community, we need to look for ways we can innovatively meet needs and also innovatively expand opportunities for students.”

At SCNow.com, watch a brief tour of refurbished McClenaghan High School followed by Terry Alexander talking about his time at the school in the wake of integration.

FLORENCE, S.C. -- The old McClenaghan High School is a survivor that was once home to Florence students, retirees, Hurricane Katrina refugees,…

What was the balcony that overlooked McClenaghan High School’s auditorium is now a training room complete with the roof supports and windows that were original to the building.

This image shows one of the unrenovated areas of the school which, in turn, shows a glimpse at how the building was constructed 100 years ago.

The view through one of the original auditorium windows now gives a look at how much the city of Florence has grown around the school.

A series of monitors sits on the floor of a workroom at the former McClenaghan High School.

An original electrical junction box still rests inside one of the unrenovated walls.