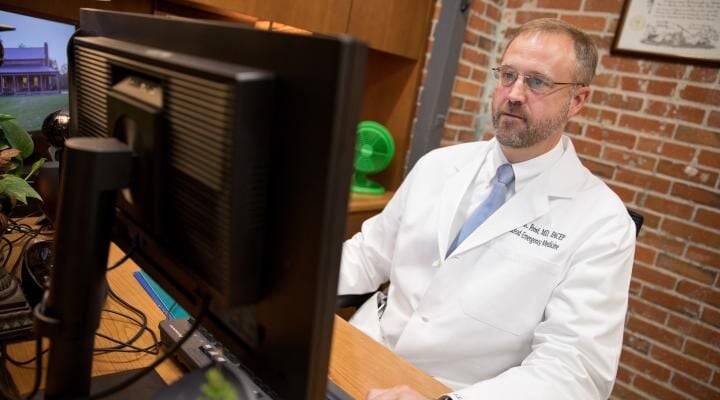 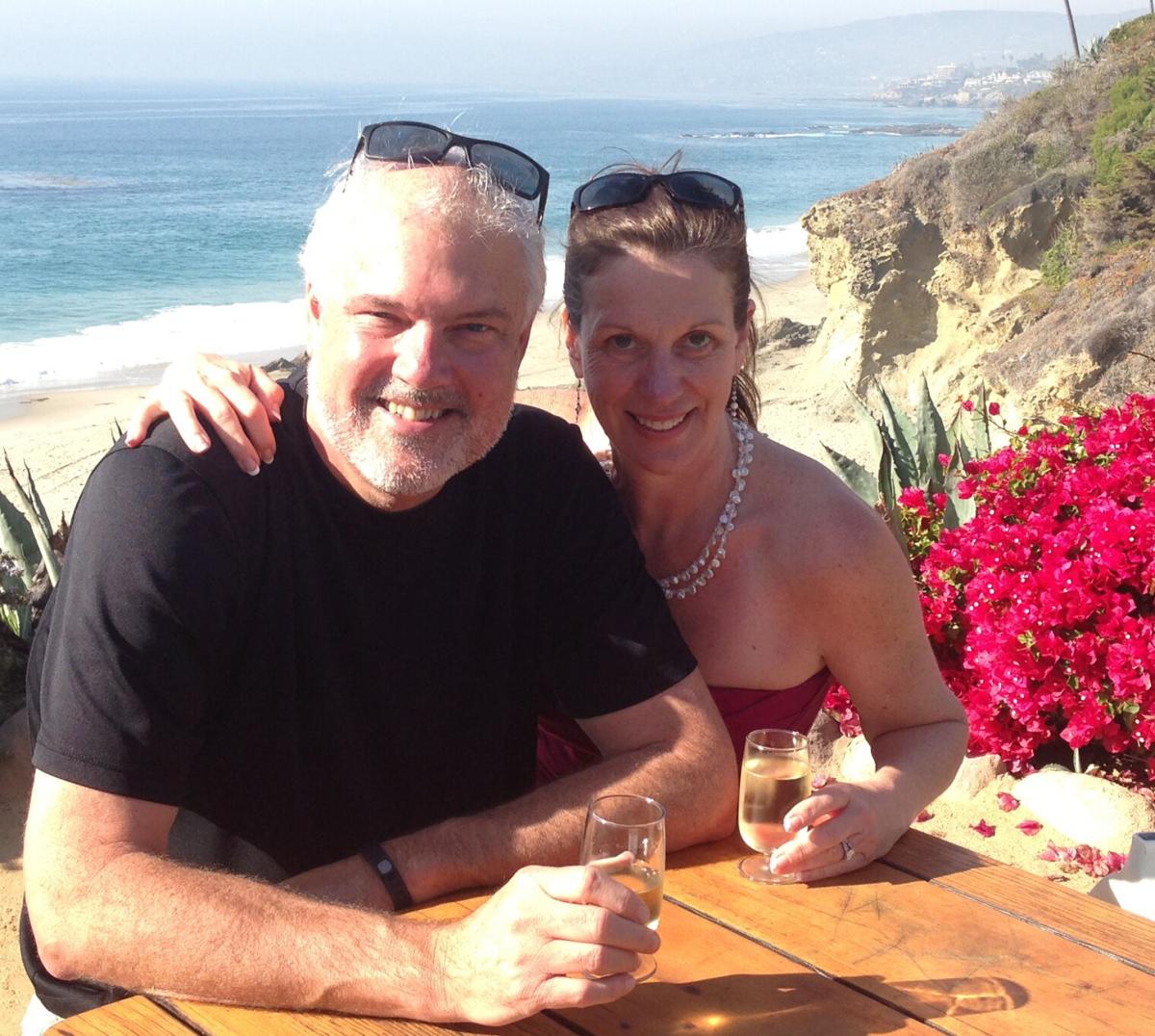 That was the situation Jim Human of Tennessee found himself in as he traveled home from a medical devices convention in Las Vegas − the same convention from which McLeod emergency room physician Bryon Frost was returning.

It wasn’t supposed to be that way. Frost had stayed for two extra days in Las Vegas and had his originally scheduled flight canceled.

Jim and Mary Human of Tennessee had been in Las Vegas for the convention. He had been exhibiting while she spent time with their daughter, who flew in from Southern California.

Jim Human, a diabetic, began to feel ill about 45 minutes into the flight and asked his wife for his glucose monitor, checked his blood glucose level and found it to be 158 − high.

Jim Human said that was the last thing he remembered until he woke up lying in the aisle of the plane, at which time Frost introduced himself to Human.

Mary Human said she also kept insulin pens handy for her husband, and when she turned to offer him a pen he was unresponsive and slumped over. She unbelted herself, stood and called for help.

The response time, she said, seemed like forever but was probably only seconds, or even fractions of seconds.

Frost said he announced himself and worked with Mary and a flight steward to get Jim Human into the aisle. Armed with the plane’s medical equipment − a stethoscope, wrist blood pressure device and an automatic external defibrillator − the doctor went to work.

That was when registered nurse Cheryl Whitfield was summoned. She exchanged information with Frost and joined in the effort.

After a bit, he returned to consciousness and suggested his blood glucose level had fallen − which would have been in keeping with his symptoms − but his glucose meter said that wasn’t the problem.

“I checked the glucose and that’s the last thing I remember until I woke up with Dr. Frost,” Jim Human said.

Had Human not had the meter − there wasn’t one in the plane’s kit − the treatment for him would have been designed to pump up his sugar levels.

“I had him on the floor, laying in my lap, going in and out of consciousness, but I was able to hear with the stethoscope his pulse was extremely rapid, and I was able to make the diagnosis clinically that he had a lethal arrhythmia,” Frost said.

Flight officials asked about diverting, but the now-conscious Human said he didn’t want the plane to divert and he felt better.

Frost went back to watching a movie.

“Thirty minutes later I’m looking at the back of his head and notice his head is covered in sweat, and I got up and came around and checked the blood pressure, and it’s now 50/20 and he’s unresponsive, and we make the decision to divert the plane,” Frost said.

And Jim Human was back on the floor, in the aisle, with Frost and Whitfield working on him.

“I distinctly heard I can’t get a pulse, BP is 80/40 and that’s when I had it run through my head I have a problem, there is a problem,” Jim Human said.

The arrhythmia could have been one of two types. Neither one was good. Frost and Whitfield both said they didn’t want to end up doing CPR in a plane.

While Jim Human was out for the second time, the decision was made to divert the plane to Amarillo, Texas.

“I thought it was a fairly large town but it has a very small airport,” Frost said of Rick Hudson Amarillo International Airport. “When we landed, we hit the runway extremely hard and came to a very quick stop. I found out later the reason we did that was that the runway was too short for the plane we were on.

“I have all the passengers cheering and giving me high-fives for being on board, and the pilot got on and said we’d only be there a few minutes and head to Charlotte,” Frost said.

A bit later the passengers deplaned because the plane didn’t have any air conditioning while sitting on the tarmac. Four hours later, equipment arrived to remove 10,000 pounds of fuel so the plane could take off, Frost said.

“I now have passengers who at one point considered me a hero now looking at me with dagger eyes,” he said. “I have basically ruined their vacation.”

The plane diverted to an Oklahoma airport to fuel back up and was in Charlotte shortly after midnight, Frost said.

Jim and Mary Human left the plane, and he later was discharged from an emergency room in Amarillo, stayed the night and flew into Charlotte the next day − after purchasing two one-way tickets at Amarillo.

Both Frost and Human spoke about the equipment that is readily available and could be added to the medical kits on planes that, for approximately $300, would allow trained flight crew or medically trained passengers to transmit critical information to physicians on the ground.

Because not everybody is going to have an emergency room physician sitting behind them if they have a medical emergency on a plane.

Biden honors Powell as 'a dear friend and a patriot'