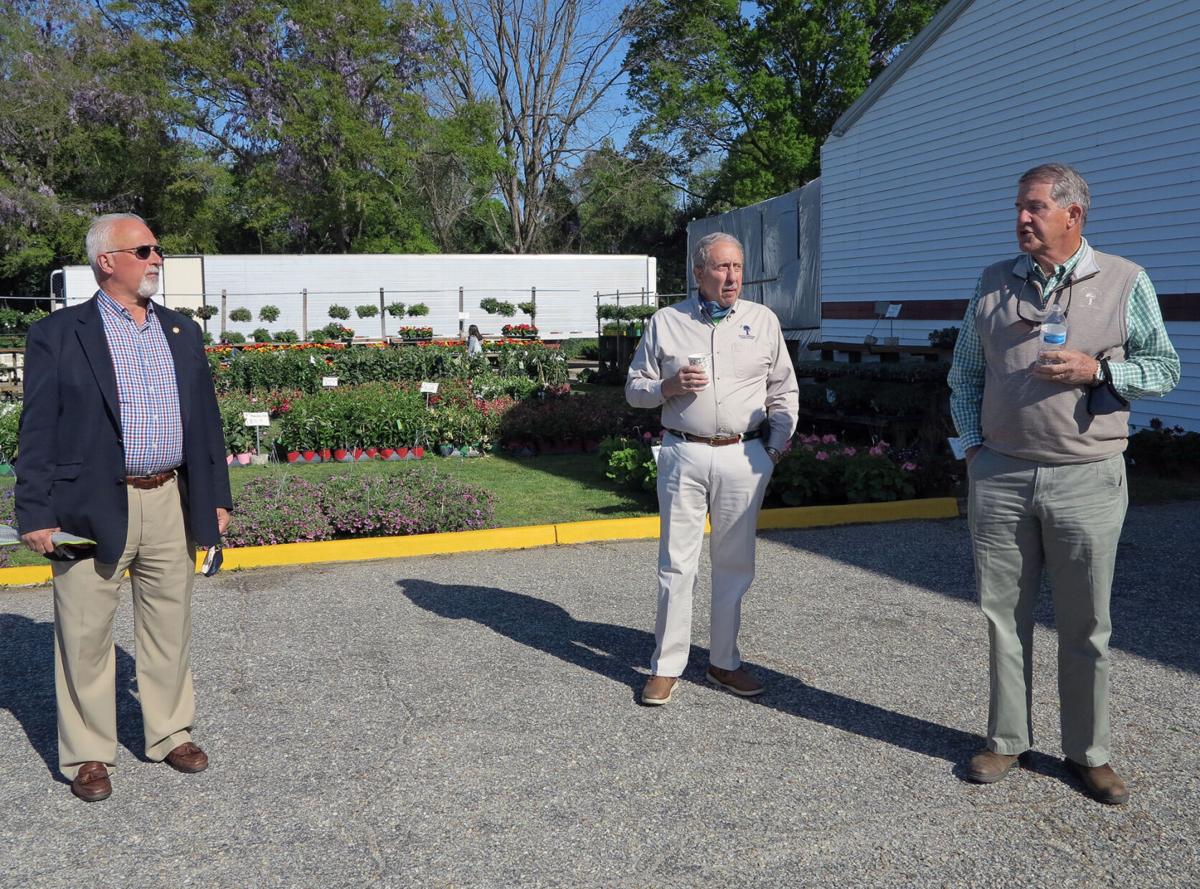 As director of membership relations for the Greater Florence Chamber of Commerce, Jay Lavrinc, left, is in charge of new member ribbon cuttings like the one on Thursday at the Pee Dee State Farmers Market. He talks beforehand with Bob Sager, Pee Dee state Farmers Market manager, and S.C. Commissioner of Agriculture Hugh E. Weathers, who cut the ribbon. 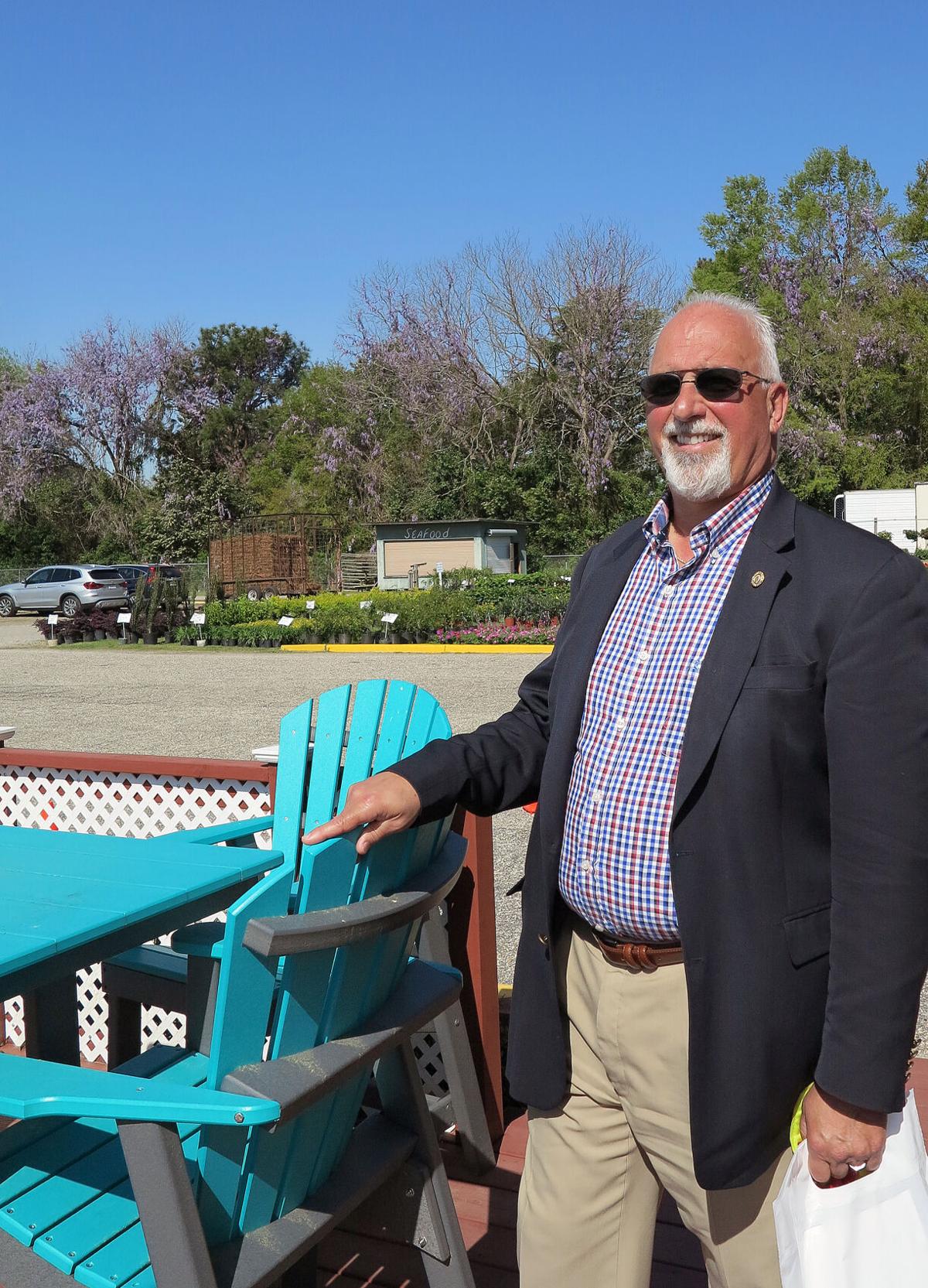 Jay Lavrinc is director of membership relations for the Greater Florence Chamber of Commerce.

FLORENCE, S.C. — Membership in the Greater Florence Chamber of Commerce has soared since the beginning of 2021.

In the month of March alone, the chamber has signed up 16 new members, said Jay Lavrinc, director of membership relations.

“Most of them are small businesses; most are female, minority-owned businesses,” Lavrinc said. “I find that interesting and refreshing. Most of these business owners are in their thirties.”

He said many of them are in some type of medical field and have gotten their certification and want to branch out on their own.

Lavrinc said restaurants used to make up the majority of new members before COVID.

He said small-business owners see the benefit of becoming members of the chamber with networking being one of the biggest benefits. He said many the smaller businesses don’t have large advertising budgets and the chamber exposure is helpful to them. Lavrinc said the chamber gets about 4,000 hits a month on its website. Information about the chamber, its members and things important to them go out in chamber newsletter, which reaches about 1,700 people, Lavrinc said.

Since January, the chamber has acquired 60 new members. Lavrinc said normally it would be about half that number.

Lavrinc said membership is $250 a year for small businesses, and the base rate for larger businesses is $400 a year.

During the onset of COVID-19 pandemic, Lavrinc said, the chamber kept its members abreast of PPE information and types of assistance available to businesses and how to apply for it.

“We are advocates for our members,” Lavrinc said.

Benefits to being a chamber member include numerous chamber-sponsored events and workshops during the year, including Business After Hours, where the host business gets to promote his or her business in-house and attendees have the opportunity to network. There is an annual Outlook Luncheon where the Small Business Person of the Year award is given out.

Lavrinc said he refers to this time as post-COVID and thinks people are ready to get out, get involved and let people know about their business.

“My ambassadors have grown from about 50 to 70,” Lavrinc said.

He said a lot of the new small-business owners joining the chamber are interested in the networking opportunities of being an ambassador.

Lavrinc said ambassadors are often the ones recommending chamber membership to new businesses.

Although they were postponed last year due to COVID, the ambassadors have two events a year, the luncheon and a social in the summer.

A luncheon is held to reveal the Ambassador of the Year, based on points earned for attending functions. The winner also receives a plaque and cash award. This year the luncheon is April 14.

“I have an appreciation for the community,” he said. “The chamber and businesses go hand in hand. I am thankful for our ambassadors, and the friendships and relationship I have developed over the years, knowing people and understanding what they need for their businesses.”

Lavrinc has been with the chamber since May 2015. He came to chamber from ABB of North America where before his retirement he served as senior vice president.

FLORENCE, S.C. -- Florence County Sheriff's investigators are asking for the public's assistance to locate three people they want to talk to in connection with the slaying of two motorists on US 76 near Alligator Road.

As director of membership relations for the Greater Florence Chamber of Commerce, Jay Lavrinc, left, is in charge of new member ribbon cuttings like the one on Thursday at the Pee Dee State Farmers Market. He talks beforehand with Bob Sager, Pee Dee state Farmers Market manager, and S.C. Commissioner of Agriculture Hugh E. Weathers, who cut the ribbon.

Jay Lavrinc is director of membership relations for the Greater Florence Chamber of Commerce.