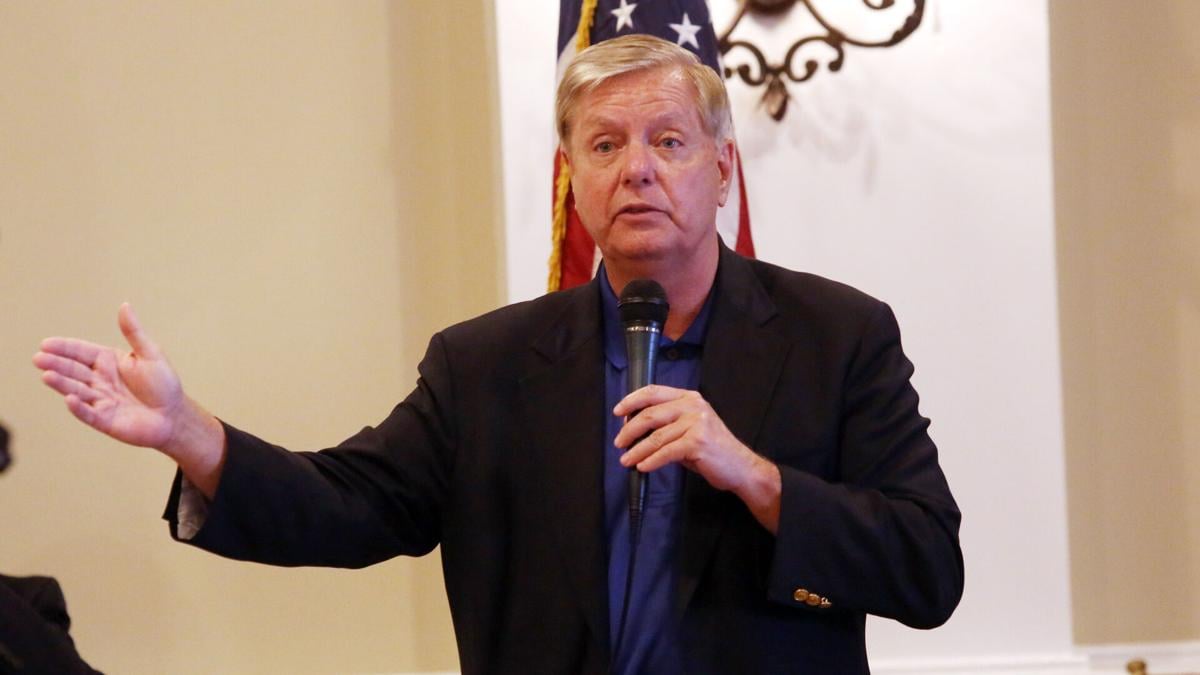 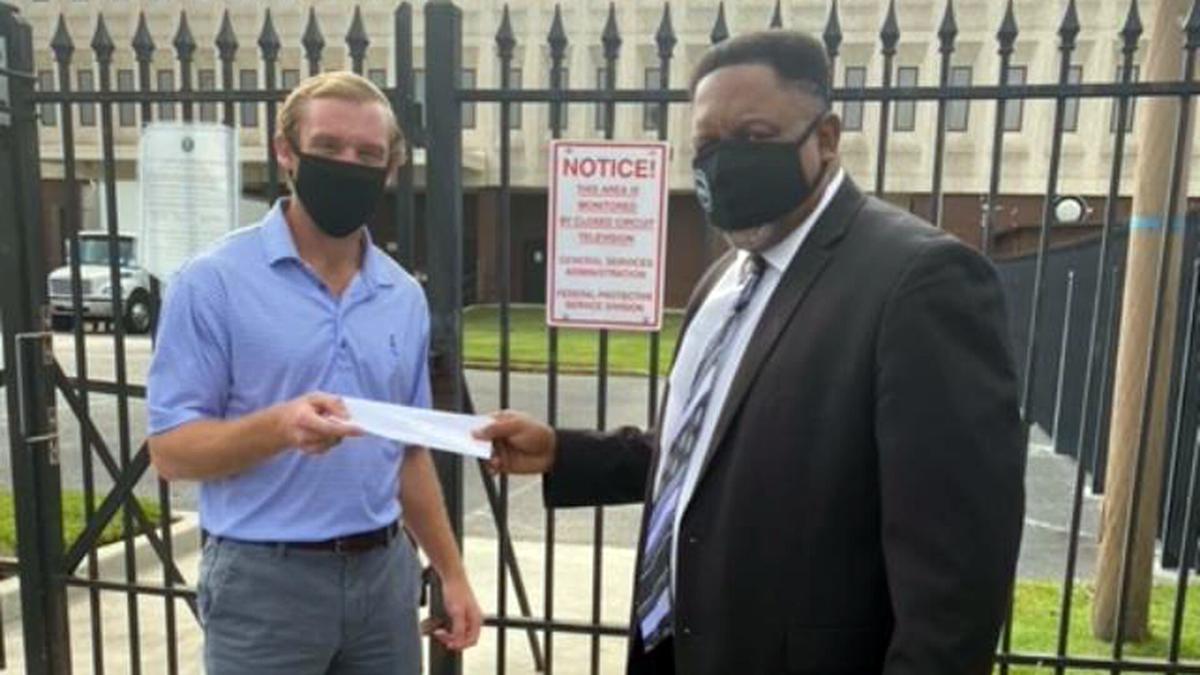 Rev. Lawrence Bratton delivers a letter to a staffer from Sen. Lindsey Graham's office Tuesday morning at the McMillian Federal Building in Florence.

FLORENCE, S.C. — The National Action Network has delivered letters to each of Sen. Lindsey Graham's regional offices calling for Graham to apologize for a statement made during a television interview that took the place of a debate last week.

The Rev. Lawrence Bratton, a local religious leader, handed the letter to a staffer shortly after 11 a.m. at Graham's Pee Dee office at the McMillan Federal Building in downtown Florence.

The letter signed by the Rev. Nelson B. Rivers III, vice president of religious affairs and external relations of the National Action Network, calls for Graham to apologize for and retract a statement made during a televised conversation that took the place of the second debate between Graham and Democratic challenger Jaime Harrison.

The debate was canceled when Harrison refused to participate after Graham declined Harrison's request to take a COVID-19 test prior to the debate.

During the televised interview, Graham was asked what legislation he would have proposed to end police brutality.

According to Newsweek, Graham replied that he supported police reform — he has criticized Democrats for not supporting Sen. Tim Scott's reform proposal — and added that he felt the killing of George Floyd was wrong and that the people responsible should pay the price.

Then, Graham said the riots that followed Floyd's death are a war on police itself.

"Do I believe that our cops are systemically racist? No. Do I believe that South Carolina is a racist state? No," he said, according to Newsweek and Business Insider. "To young people of color, to young immigrants, this is a great state. The one thing I can say, without any doubt, you can be an African American and go to the Senate."

Graham referenced Scott and former Gov. Nikki Haley, the daughter of Indian immigrants, who has also served as ambassador to the United Nations.

"You just have to share the values of our state," Graham continued according to Business Insider and Newsweek. "I am asking every African American out there, look at my record. I care about everybody, if you are a young African American, an immigrant, you can go anywhere in this state, you just need to be conservative, not liberal."

Rivers calls Graham's comments insensitive and adds that there is no constitutional requirement for African Americans to be conservative to travel anywhere.

"Sen. Graham, your statement was not only irresponsible, it could also be dangerous for all African American and immigrants in South Carolina in today's climate of brazen and deadly racist violence from White supremacist groups and domestic terrorists," Rivers continued. "Your comment harkens back to the terrible days of 1865, right after the end of the Civil War, when South Carolina created the notorious 'Black Codes' which restricted the civil rights, mobility, and economic activity of Black people in this state."

Rivers adds that Graham's comments could be seen as a "wink and a nod" to people opposed to the freedoms African Americans enjoy today. He also questions whether Graham's comments indicate that Graham is elected to represent everyone in the state or just the people that share his political views.

The National Action Network is a nonprofit organization founded in 1991 by the Rev. Al Sharpton.

Rev. Lawrence Bratton delivers a letter to a staffer from Sen. Lindsey Graham's office Tuesday morning at the McMillian Federal Building in Florence.