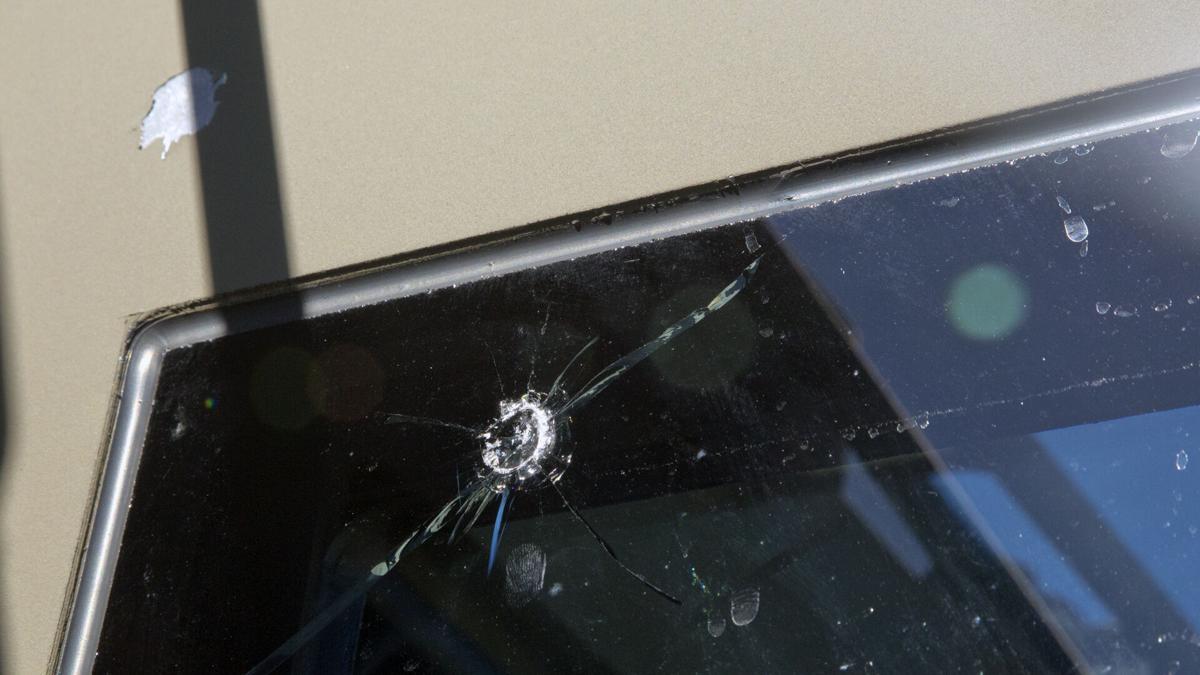 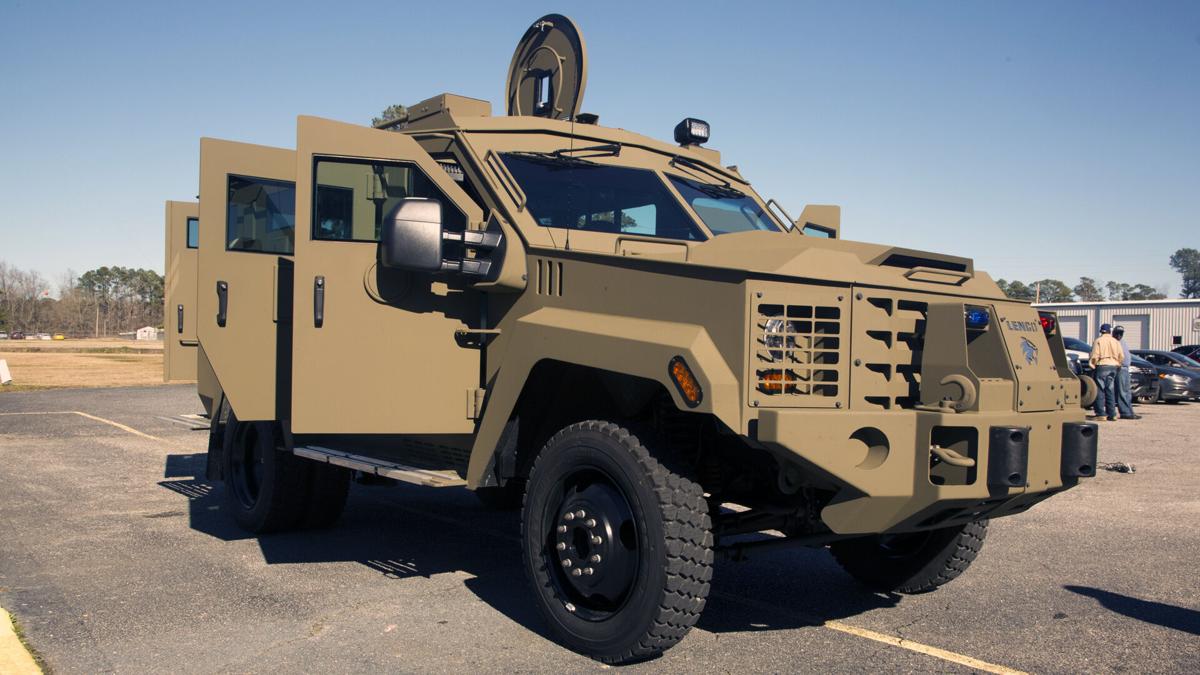 EFFINGHAM, S.C. — The new Lenco Bearcat is already paying off for Florence County Sheriff T.J. Joye and the rest of the sheriff's office.

Joye said the Bearcat was useful in helping the sheriff's office end an armed standoff on Wednesday evening, Feb. 17. The sheriff talked Tuesday at event held to give the media an opportunity examine the vehicle.

Joye said he rode along in the vehicle with the SWAT team as it responded to a call on Hicks Road near Coward.

Florence County Administrator K.G. "Rusty" Smith Jr. told the Florence County Council last week that deputies and the SWAT team were called when a woman called 911 to report that her husband had told her that he was going to set their home on Hicks Road on fire after a bad day in court.

Smith did not provide specifics about that man's court appearance.

The situation on Hicks Road was the third time the Bearcat had been deployed.

Smith used the situation to illustrate to the county how effective the vehicle could be after speaking with Joye and his chief deputy, Josh Sullivan, early Thursday morning.

Smith said that the man set the home on fire — the fire was later extinguished by South Lynches firefighters — and when deputies arrived they were met with gunshots.

Joye said Tuesday afternoon that when the vehicle arrived at the Hicks Road scene Wednesday evening, he was able to look out the window and see the man carrying a rifle.

Smith said later that the man was firing randomly at deputies.

As Joye called out the location of the man and that he had a rifle, the man reportedly shot at the vehicle.

There were two bullet strikes on one of the windows of the vehicle.

Joye was sitting at that window when the bullets were repelled by the armor plating of the vehicle.

Officers also placed the Bearcat between the man's home and a nearby church to prevent stray bullets from hitting worshippers attending the church's Wednesday night service.

The man was taken into custody after he exited the home and again shot at deputies. The deputies were able to wound the man and take him into custody. He was transported to a nearby hospital for his injuries.

Joye downplayed the situation on Tuesday, saying that the most important thing was the county had the vehicle to save the lives of deputies and the public in the future.

The shooting is being investigated by the South Carolina Law Enforcement Division.

FLORENCE, S.C. – Mike Reichenbach will be running for the Republican nomination in the Senate District 31.

FLORENCE, S.C. — A Florence nurse has been honored as one of the nation's 25 best orthopaedic nurses by the National Association of Orthopaedic Nurses.

FLORENCE, S.C. — The 2021 Jingle Bell Market at the Florence Center kicked off Friday and ran through Saturday and concludes Sunday. The annua…

DARLINGTON, S.C. — The skies were dark, the temperatures crisp, the line long and the turkeys free early Tuesday morning in Darlington.

FLORENCE, S.C. -- Florence Police are asking for the public's assistance to locate a missing teen who is considered to be endangered.

FLORENCE, S.C. -- Nothing says Christmas quite like close to 100 nativity scenes gathered under one roof, surrounded by holiday crafts and baked goods for sale just in case any visitors wanted to make the holiday experience more personal.

Reward offered in the case of missing Florence man

FLORENCE, S.C. -- A $5,000 reward has been offered for information that leads to the location of a missing Florence man.

FLORENCE, S.C. – State Rep. Phillip Lowe will not be running in the Senate District 31 special election. Lowe, a Republican representing House District 60, said on Facebook Sunday that he would not be seeking the seat that Hugh K. Leatherman held for more than 40 years.