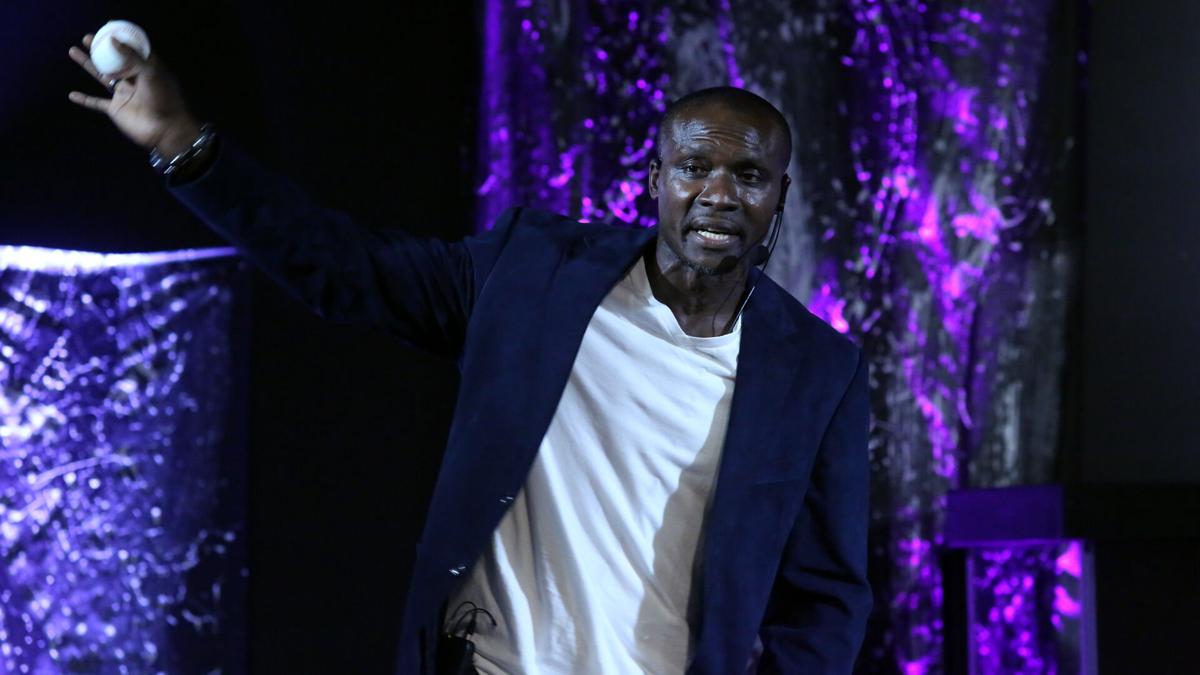 "I've been asked to wear that shirt," Hudson said. "The reason I won't wear that shirt is not because black lives don't matter but because we have lost our identity as a black culture. We leave our women [and children] fatherless. We rape our women. We sell drugs to our own people. And it hurts."

"It seems black lives only matter when you have a Caucasian cop killing a young black man, then everybody wants to march for injustice," Hudson continued. "Where's the [march for] injustice when our mothers are raising two or three kids and the father is running around doing what he have to do?"

Hudson asked where was the march for injustice when gang-bangers were killing each other over a street corner or a block.

No one in the room, Hudson said, created the injustices that African American people face today. Those have been going on for 400 years.

Hudson said most people have virtually unlimited opportunities for education.

Instead of reading books, it's TikTok videos, Hudson added.

Hudson also expressed a desire for African Americans to desire to become doctors and lawyers and not focus all their efforts on becoming professional sports athletes.

Hudson imagined a conversation between Christ and God in which Christ tells God not to get angry about the lack of unity in the world because Christ was going to send a pandemic to force people to become unified.

Hudson also expressed a desire to see more people put God first in their lives. He implied that people needed to spend less time waiting in line at Walmart and more time in church.

Hudson also spoke about NBA forward LeBron James. He said he absolutely adored James both on and, particularly, off the court. Hudson said he admired James for making it to the NBA despite being the child of a teenage single parent.

"He understood being a young black man, playing this game that he loved playing, 'I can't make too much noise right now because they got an opportunity or a chance to run me out of here. I've got no leverage,'" Hudson said, partially speaking as James. Now that James has achieved success and the financial security that comes with it, Hudson said, "they can't shut him up."