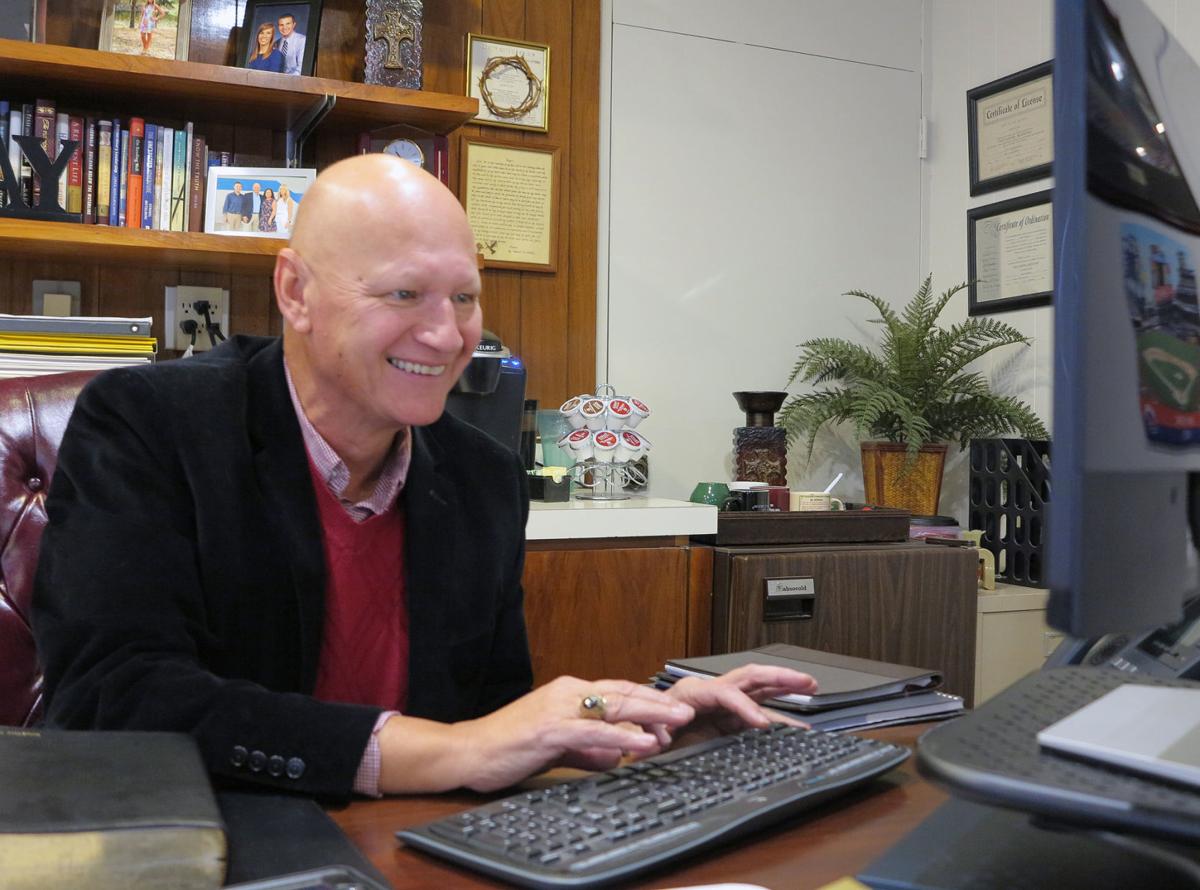 The Rev. Tim Coker of Central Baptist Church in Darlington has written a book, ‘Learning to Fly.’ It was published by Courier Publishing. 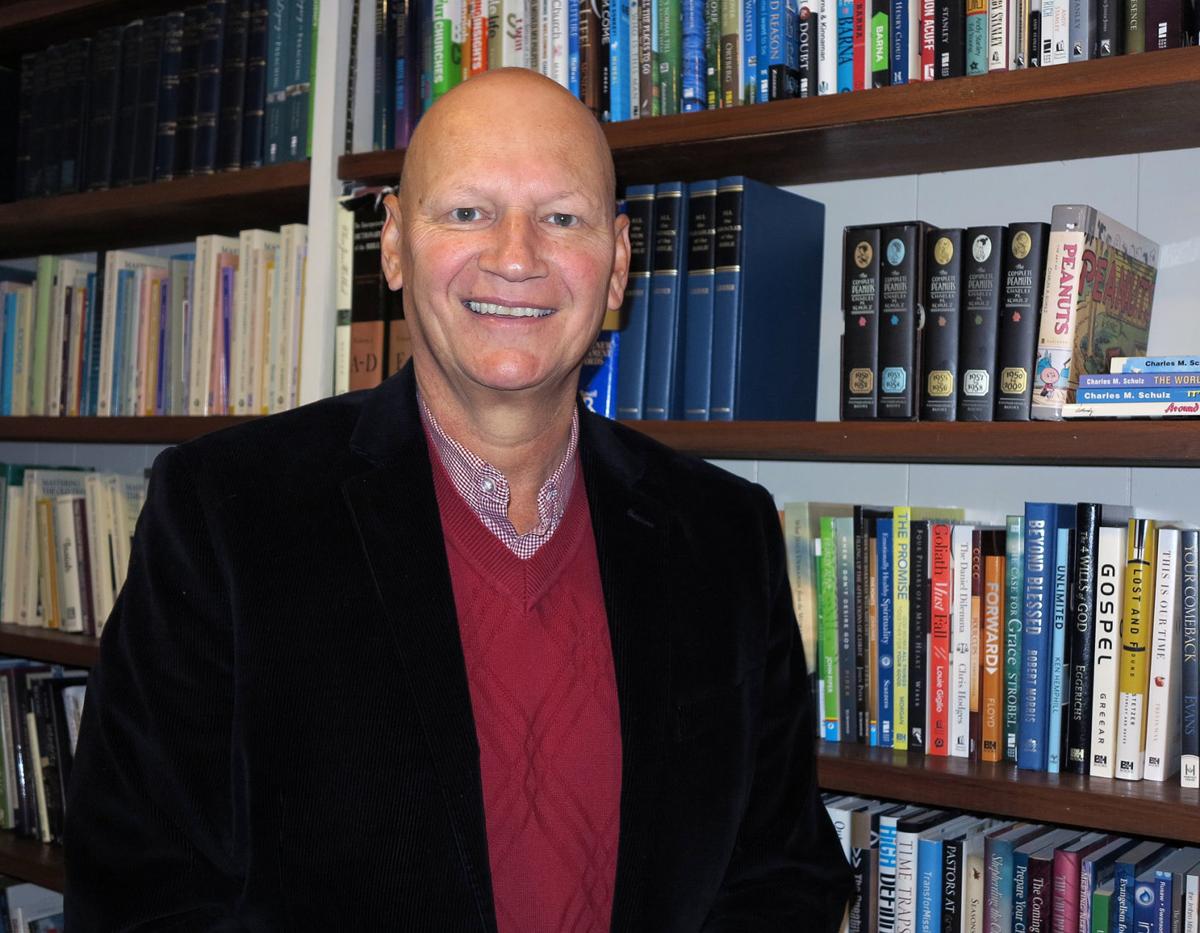 Tim Coker of Darlington is a minister, cancer survivor and now a published author.

DARLINGTON, S.C. — The Rev. Tim Coker, the senior pastor at Central Baptist Church in Darlington, has written a book, “Learning to Fly,” inspired by a series of sermons of the same title.

It is a book about life and living above normal, above your own expectations, he said.

He said everyone can travel by air, but not everyone is “flying.” He believes God’s intent is for everyone to soar.

In his book intro, Coker says, “This book is for those who have not yet learned how to fly according to God’s plan. It is for those who dread each day, struggle with less than ideal circumstances, or are having difficulty dealing with those around them.”

It deals with topics such as fear, failure, loneliness, overcoming adversity and when we don’t get what we want. It also deals with learning to forgive, marriage and how children change everything.

“In ‘Learning to Fly,’ we’ll peek into God’s word for both insight and inspiration,’” he said.

Coker started the book approximately 15 years ago when he was first diagnosed with cancer. When his non-Hodgkin’s lymphoma returned about four years ago, he made the decision to finish the book with encouragement from a friend who asked him if he thought the book would be beneficial to others, and if he did, he should finish it.

“I actually made two decisions at that time,” Coker said. “I wrote a book for my family about Christmas memories, and I made a commitment to write this book.”

The family book, “A Christmas Walk,” was also shared with his congregation. The book is meant to be started on Dec. 1 and end on Dec. 26, he said. It is not a devotional but contains daily verses. It also contains some of his favorite Christmas memories.

Although he has been surprised and pleased with the reception of “Learning to Fly,” Coker said, “I love Christmas, and I’m more thrilled with that book.”

“Learning to Fly,” a paperback book printed by Courier Publishing in Greenville, is a series of mini-sermons.

“God wants us to experience more from life, to get more out of life than most people expect,” Coker said. “Life just gets in the way. … I am convinced God wants more for us.”

He said the book tries to answer what that means.

He references John 10:10: “I came that they may have life and have it abundantly.”

“We trust the Lord, but we all have our moments when we don’t understand,” he said.

There is a chapter in the book in which Coker discusses his cancer, titled “What do I do with a ghost?”

He said it is based on Jesus walking on water. It talks about what you do with things you don’t understand.

His church had a book launch for him on Nov. 17. The book, which has been out for a couple of months, is in its second printing. Coker said sales have been “pretty good.”

“I have been pleasantly surprised,” he said.

He said he and his wife have been praying about what to do with the proceeds from book sales. There are several projects that he supports, including digging wells across the globe, helping children and some local charities that might be the recipients.

Coker grew up near Olanta. He graduated from Olanta High School and joined the United States Air Force. It was while in the service that he “answered the call” to become a minister.

“I never imagined I’d be in the ministry,” he said.

After one term in the Air Force, he came back home and entered Francis Marion College. After graduation, he attended the Southeastern Baptist Theological Seminary in Wake Forest, North Carolina, where he received a master of divinity with languages. He was ordained at Olanta Baptist Church and has been a pastor for more than 25 years. He has been pastor of Central Baptist for 24 of those years.

He married his high school sweetheart, Donna. They have been married for 38 years and have two grown children, Christopher, 30, and Ashton, 26.

His wife works for FISERV Corp, headquartered in Milwaukee.

His hobbies are golf, reading and watching most sports. He is an avid South Carolina Gamecock fan and a New York Mets fan.

“Learning to Fly” is available online at Amazon and Barnes and Noble. It is also being sold at the church in Darlington.

The Rev. Tim Coker of Central Baptist Church in Darlington has written a book, ‘Learning to Fly.’ It was published by Courier Publishing.

Tim Coker of Darlington is a minister, cancer survivor and now a published author.