Amid a litany of calls for his resignation – from lawmakers of both parties – the governor defiantly mounted a defense.

"The facts are much different than what has been portrayed," Cuomo said.

Cuomo said that his lawyer has done a point-by-point rebuttal of the investigation that is available to the public.

"I never touched anyone inappropriately," the governor said.

Cuomo's response came three hours after Attorney General Letitia James announced the results of an investigation which said Cuomo sexually harassed a number of current and former staff members, breaking state and federal laws and creating a hostile working environment for some women.

Cuomo said his discussions with one accuser, who had been previously sexually assaulted, were innocent.

"They heard things I just didn't say," the governor said.

Cuomo said his talks with her were meant to help and guided by his experience trying to help a family member who also was the victim of sexual assault.

"The conduct by the Governor outlined in this report would indicate someone who is not fit for office," Assembly Speaker Carl Heastie said.

The governor also dismissed the claims of one woman who said he groped her in the executive mansion, saying that it did not happen.

He also revisited a past defense, saying that he is hugger and kisser with people at public events.

"I am the same person in public as I am in private," the governor said. "I try to put people at ease."

The attorney general's investigation said that Cuomo's behavior violated his own administration's guidelines.

During his remarks, he lashed out at "toxic" politics and said "politics and bias" are part of every aspect of "this situation." He also invoked his father, his Covid work, his "one family" of New Yorkers.

Cuomo, a third-term Democrat, authorized the state investigation in March after several former and current aides accused him of sexual harassment and misconduct, ranging from inappropriate comments to unwanted kissing and touching. 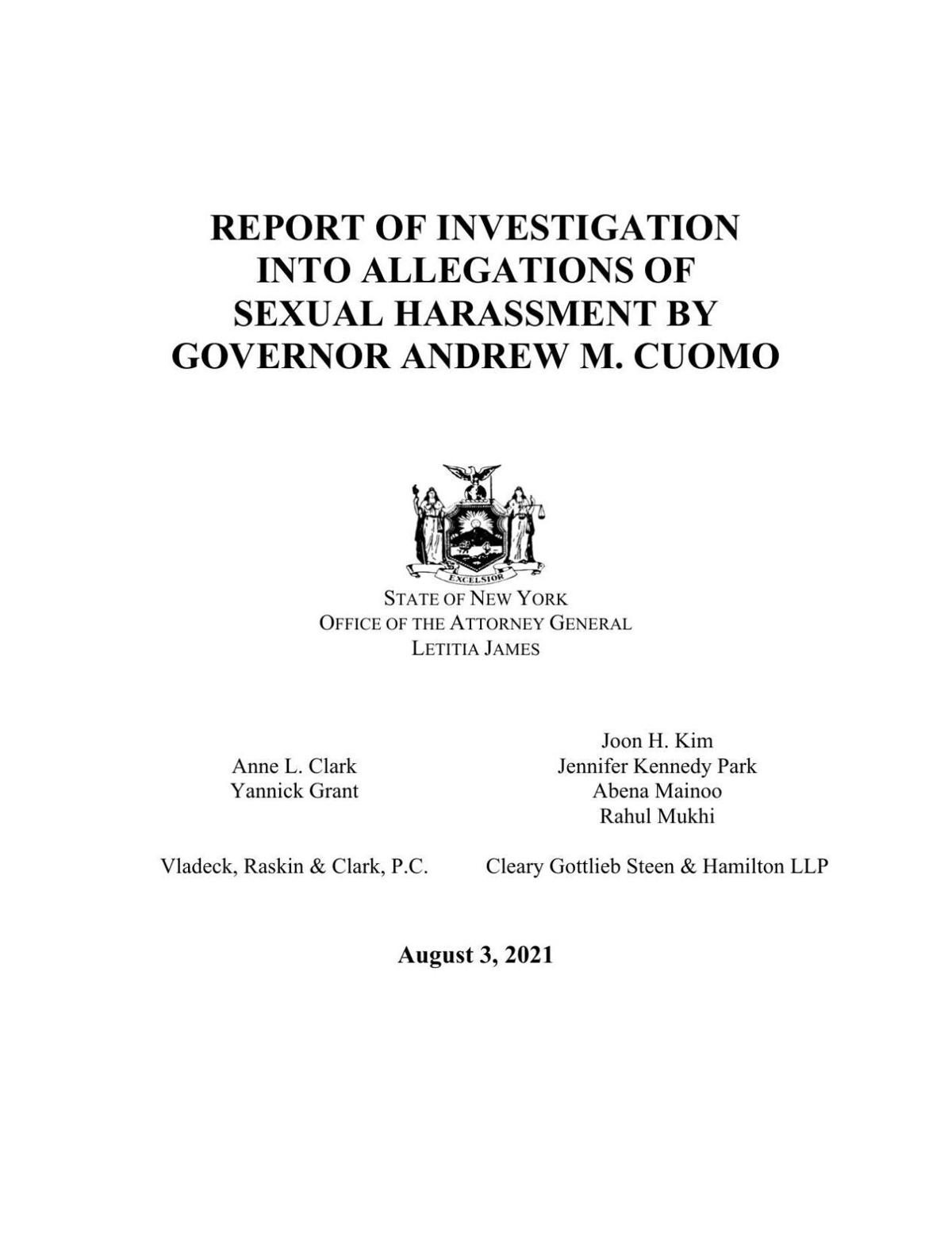 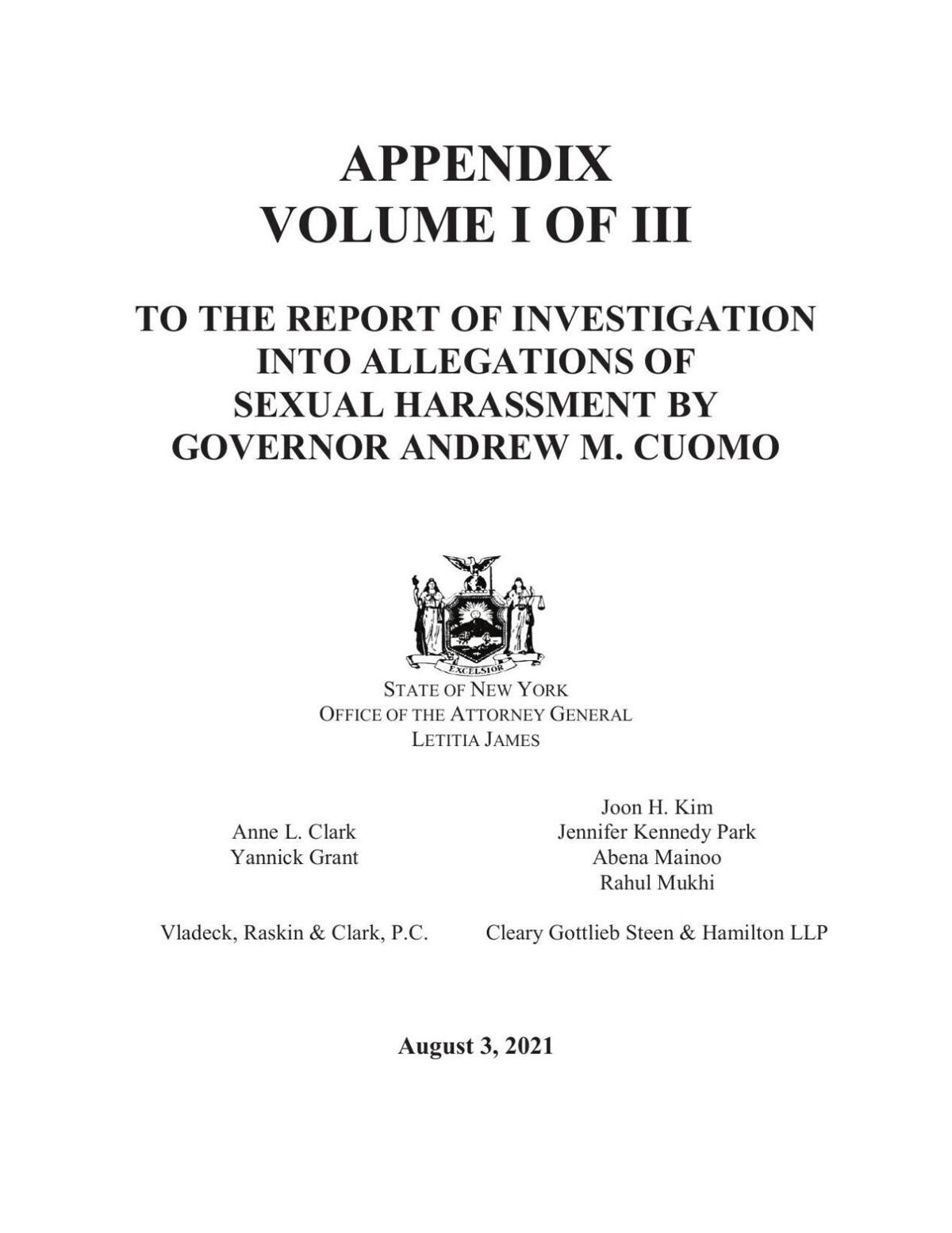 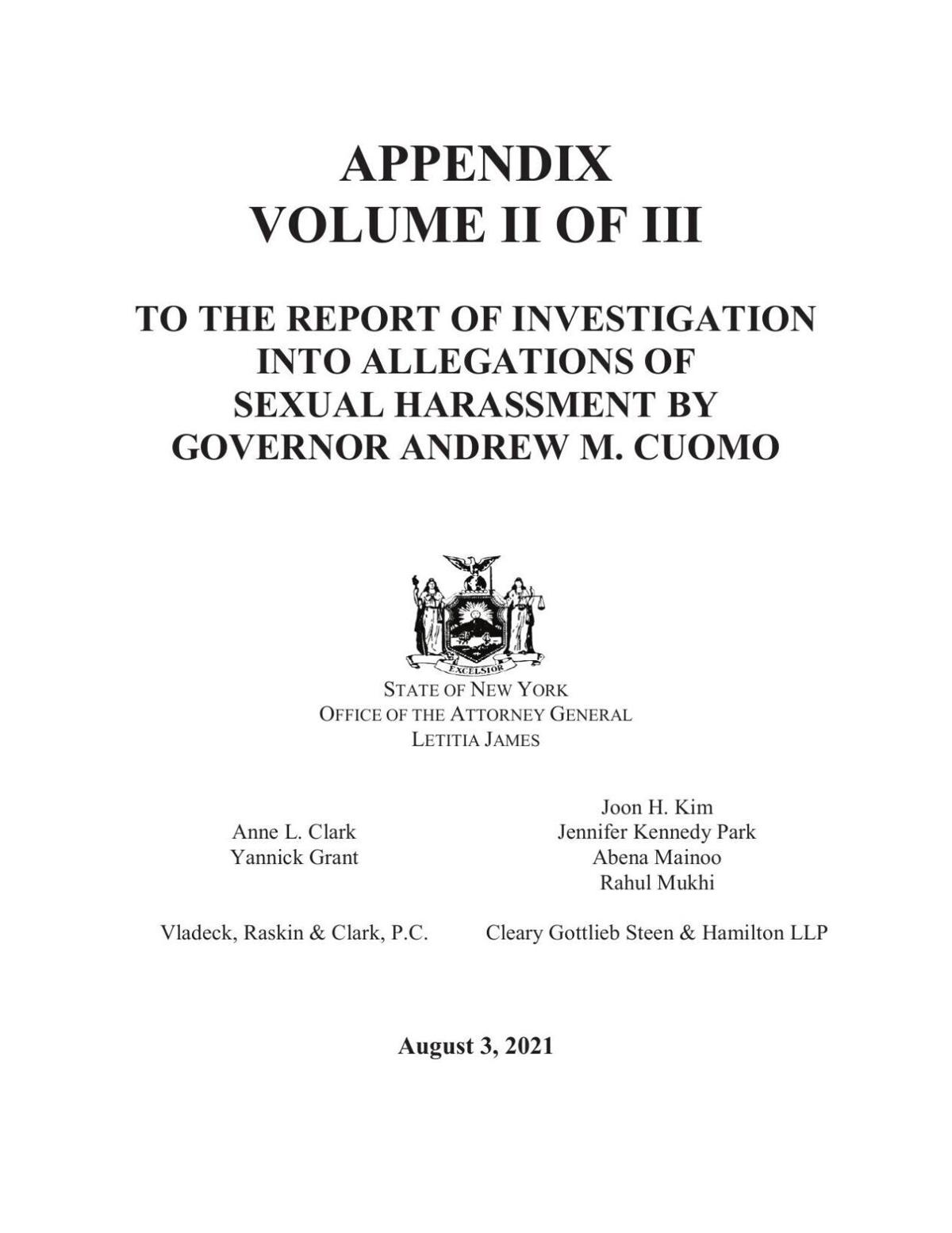 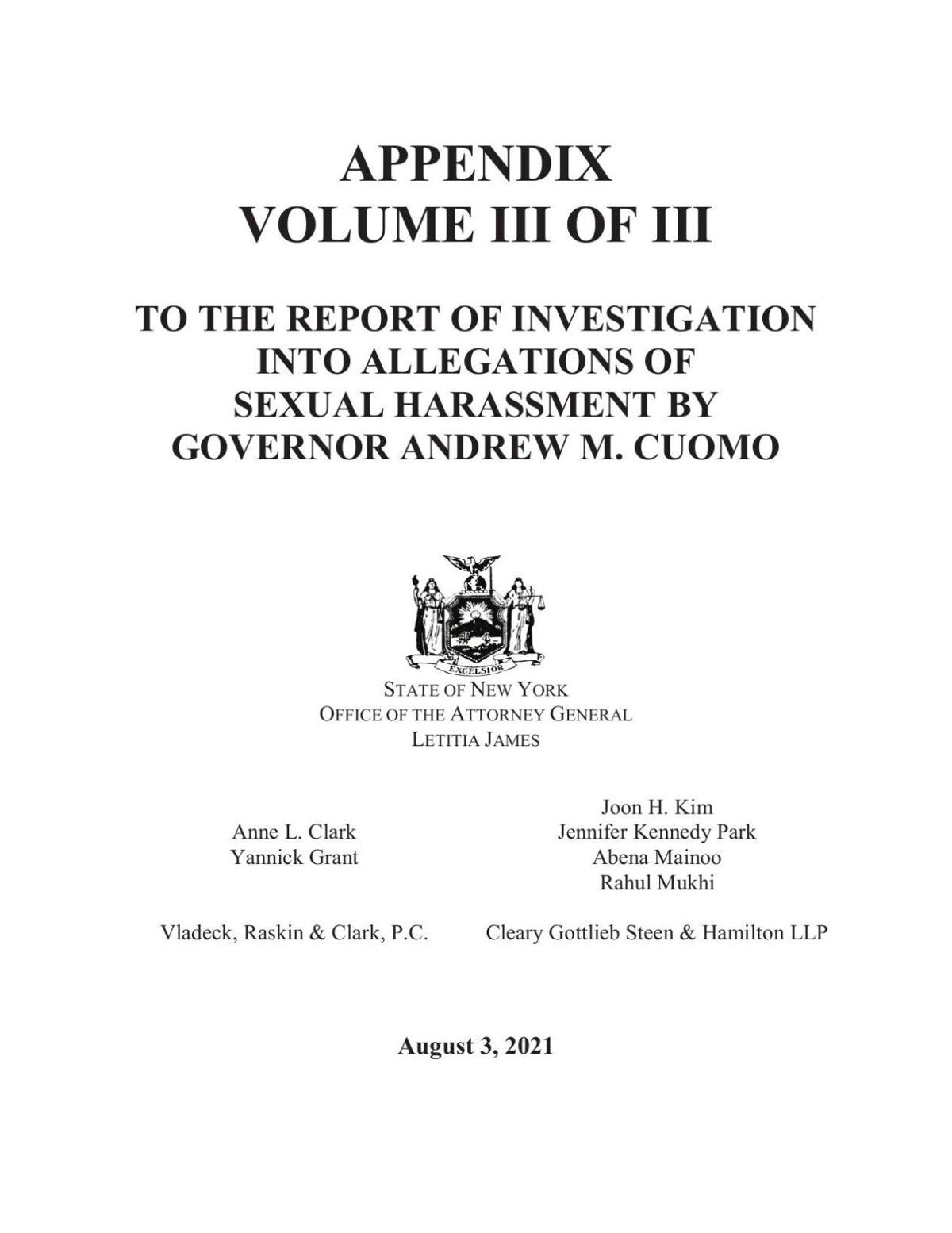 'Can I kiss you?' Excerpts from the allegations against Cuomo in AG's report

Here are some of the allegations against Gov. Andrew M. Cuomo contained in the state attorney general's report that concluded he sexually harassed 11 women.

The governor's attorney blasted the investigation conducted by the state Attorney General's Office as unjustly orchestrated to reach the conclusion the governor engaged in sexual harassment.

Late last week, Cuomo was a lonely figure – holed up in the Executive Mansion as just about all his former friends and allies jumped ship.

Read the state AG's report of investigation into allegations of sexual harassment by Gov. Andrew Cuomo

The attorney general’s report indicates Zemsky gave a lengthy deposition to investigators that largely backed up aide Lindsay Boylan’s description of the governor’s treatment of her.

For now, Lt. Gov. Kathy Hochul continues to do the delicate dance she's been doing since the Cuomo scandal exploded in March.