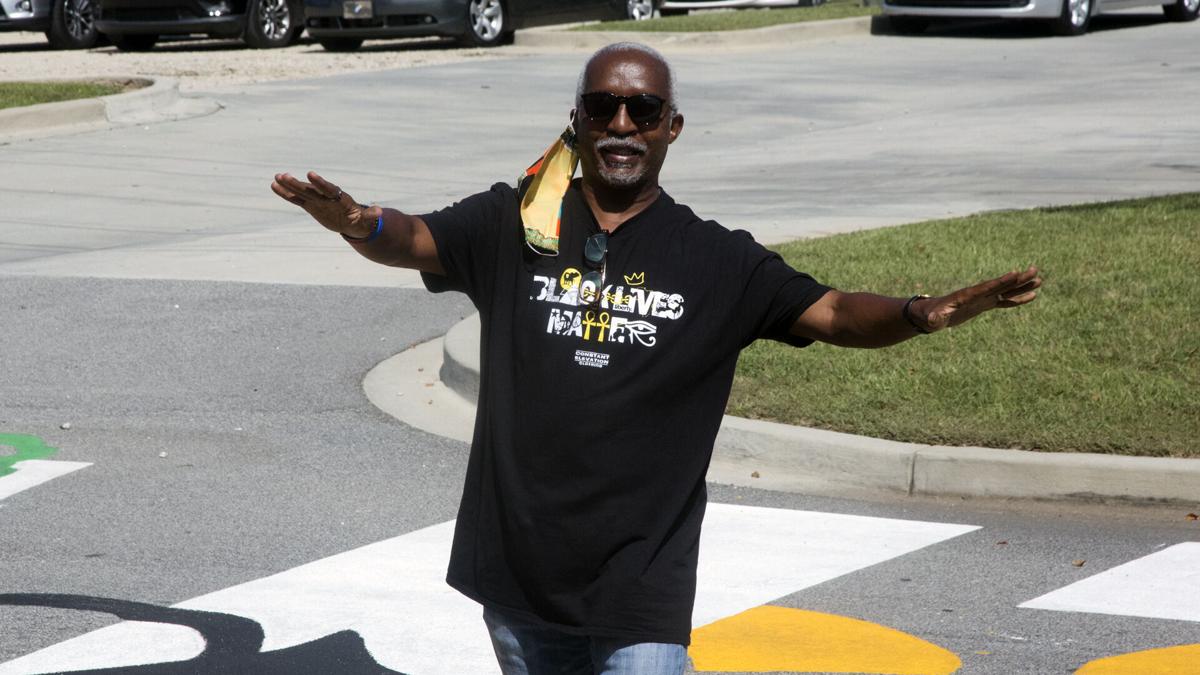 S.C. Rep. Terry Alexander of Florence speaks Monday at an event marking the completion of a Black Lives Matter mural on Barnes Street. 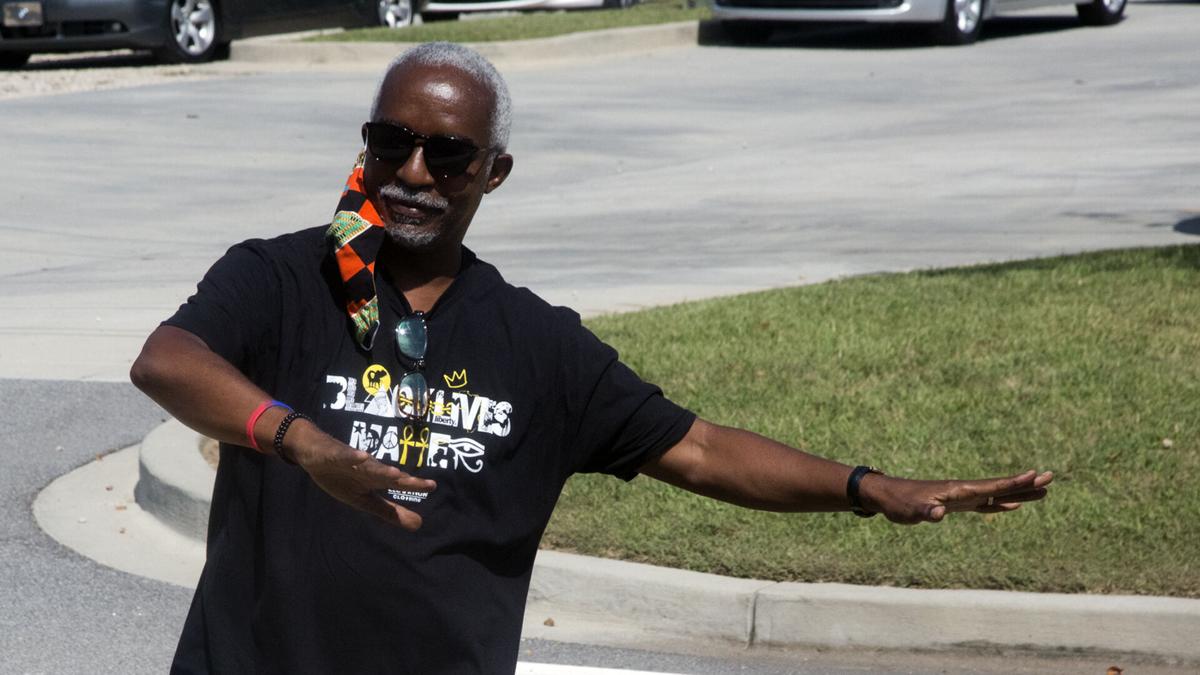 FLORENCE, S.C. — S.C. Rep. Terry Alexander had a challenge Monday morning for those attending the official event marking the completion of a Black Lives Matter mural on Barnes Street.

"It's important that we stand strong and, more importantly, we show the people of the city why our lives matter," Alexander said. "It matters because we are a part of the process. I challenge all of my sisters and brothers here, listening and reading, I challenge you to make your life matter. First of all by voting."

If people have concerns about how things are going in the city, county or state, Alexander said, they need to challenge the people in those positions and those who make the laws for the position.

Alexander asked those attending not to take the mural lightly, because it was a serious matter. He said the mural told the story of people, some of whom gave their lives to the country.

"I challenge all of you, my sisters and my brothers, tell your mothers, your fathers, your brothers, your sisters, your aunts, your uncles, your cousins, your neighbors, your friends, [to] vote," Alexander said. "Make your vote matter. So that it can make your life matter even more."

Once everyone makes their votes matter, Alexander said, then changes can happen.

"The statement on this road says it all: Black lives do matter," Alexander said. "It's been been alluded to earlier that some folks kind of confuse that as being political. But it's really the truth. Our lives matter. It's important that everybody recognize that."

Alexander also congratulated the artists for working on in the heat on a recent weekend to work on the mural. He also challenged those attending the mural unveiling to look at each individual letter, because it said something about the individual who worked on that letter and those who came before and after the artists.

Also speaking at the event were Florence City Councilwomen Pat Gibson-Hye Moore and Teresa Myers Ervin, leading artists Mel Howard and Narzhio The Artist, C. Wyleek Cummings and two local groups − Making a Difference and NextIsNow − that worked to secure the supplies for the mural.

Gibson-Hye Moore introduced the artists that worked on the mural and her sister-in-law Pearl Moore − the namesake of the basketball center − and told those attending that no city funds were used for the mural. All of the supplies were donated or collected by the group working on the mural.

She added that the city only lent the space for the mural.

Gibson-Hye Moore also expressed a hope that the city eventually could rename the portion of Barnes Street to a name that would commemorate the mural.

Cummings thanked Gibson-Hye Moore and Ervin for their efforts in securing the space for the mural.

FLORENCE, S.C. — A group of Florence residents held a parade to mark the homecoming of Amir Cooper Saturday morning. Cooper had an eye and a small portion of his face removed after doctors found mold and fungus were growing behind his eye. Cooper spent seven weeks in the hospital in Charleston and another two weeks at McLeod Regional Medical Center. The parade ran from 1007 Kershaw St. down Ballard Street to East Pine Street and along East Pine to an empty lot near its intersection with Charlotte Street.

Sunny days ahead: Timmonsville to be site of $20 million solar power facility

FLORENCE, S.C. -- Investigators are asking for the public's assistance to identify a person for questioning in a burglary.

FLORENCE, S.C. -- A tractor suffered about $200,000 in damage Tuesday evening when it caught fire while cutting a field at the intersection of SC 327 and US 76 near Florence.

TIMMONSVILLE, S.C. — Timmonsville Mayor Darrick Jackson says he is concerned about the potential closure of schools in the district that serve…

FLORENCE, S.C. — Either Republican T.J. Joye or Democrat Darrin Yarborough the next sheriff of Florence County. The winner of the election will replace Sheriff William C. "Billy" Barnes who took over the office in 2019.

S.C. Rep. Terry Alexander of Florence speaks Monday at an event marking the completion of a Black Lives Matter mural on Barnes Street.