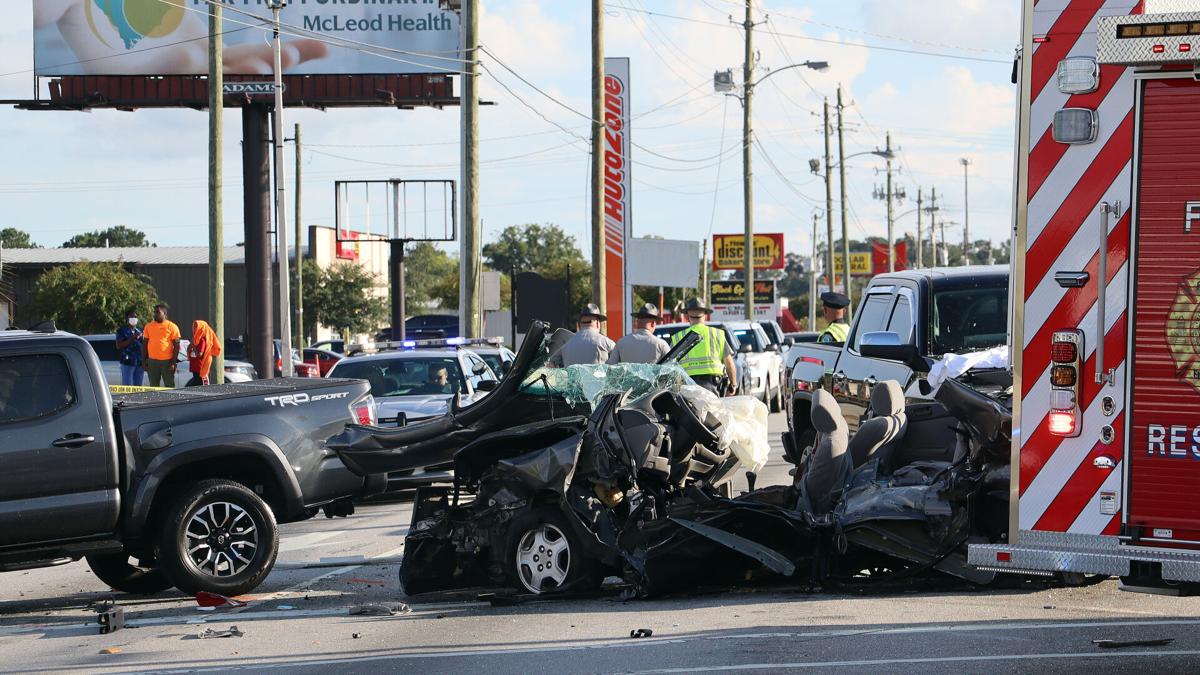 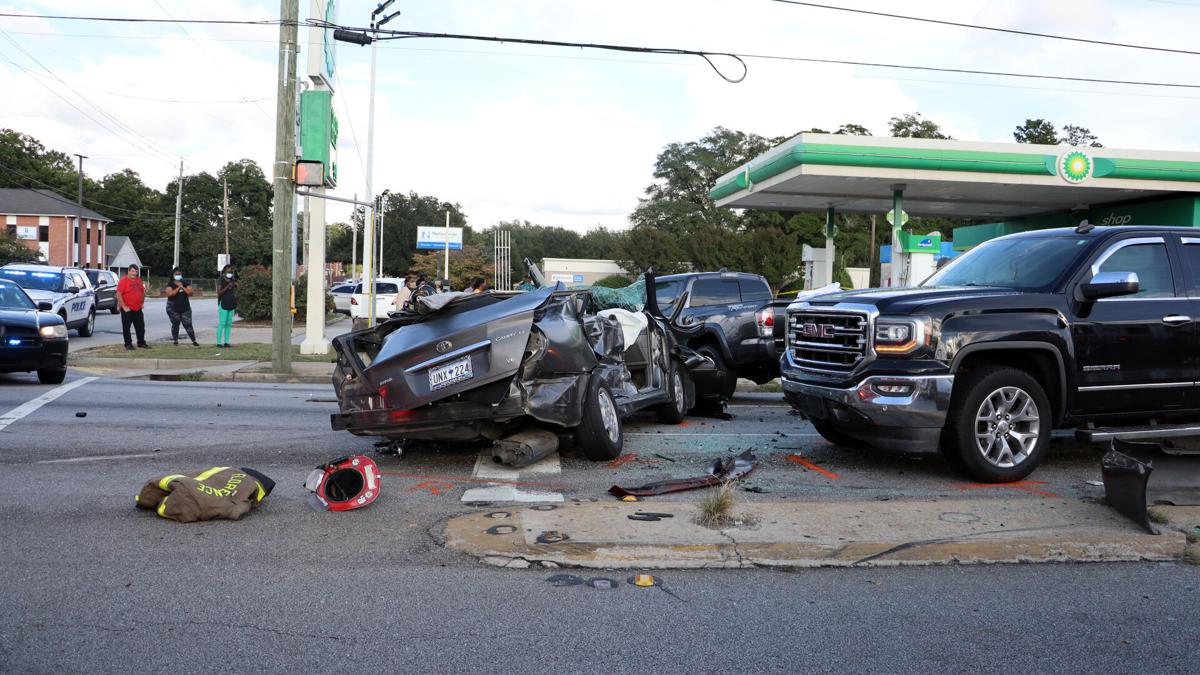 FLORENCE, S.C. -- A six-car crash involving a vehicle that might have been stolen, and the four public safety agencies that responded to the wreck, shut down South Irby Street at Cherokee Road for much of the evening commute.

As of 5:45 p.m. the intersection remained closed with traffic detoured on side streets and back roads around the crash.

The impact of the crash scattered cars and car parts over all five lanes of the street at the intersection and about a quarter of a block south from the initial crash scene. Police tape lined areas of the BP station at the south-east corner of the intersection.

Florence County Sheriff's Maj. Mike Nunn said the investigation into the crash was still very much in the early stages and that things could change, but as of 5:45 p.m. it appeared that a vehicle was stolen in the county and then traveled south on TV Road and North Irby Street into Florence where it collided with several other vehicles at the Cherokee Road, South Irby Street intersection.

"The suspect fled on foot and was apprehended by a city police officer," Nunn said.

Florence firefighters extricated one person from a wrecked vehicle. That person was transported for treatment to a Florence area hospital.

"We'll be looking into whether there is a stolen vehicle in the county, the highway patrol will be handling the vehicle collision," Nunn said.

Florence Police were working to get Irby Street traffic where it needed to go, without transiting the intersection.

"This is one of the busiest intersections we have," Nunn said.

Biden honors Powell as 'a dear friend and a patriot'