Tyson Foods Inc. is recalling nearly 8.5 million pounds of ready-to-eat chicken products because they may be contaminated with Listeria, the USDA Food Safety and Inspection Service announced Saturday.

"The frozen, fully cooked chicken products were produced between December 26, 2020 and April 13, 2021," the agency said in a statement. 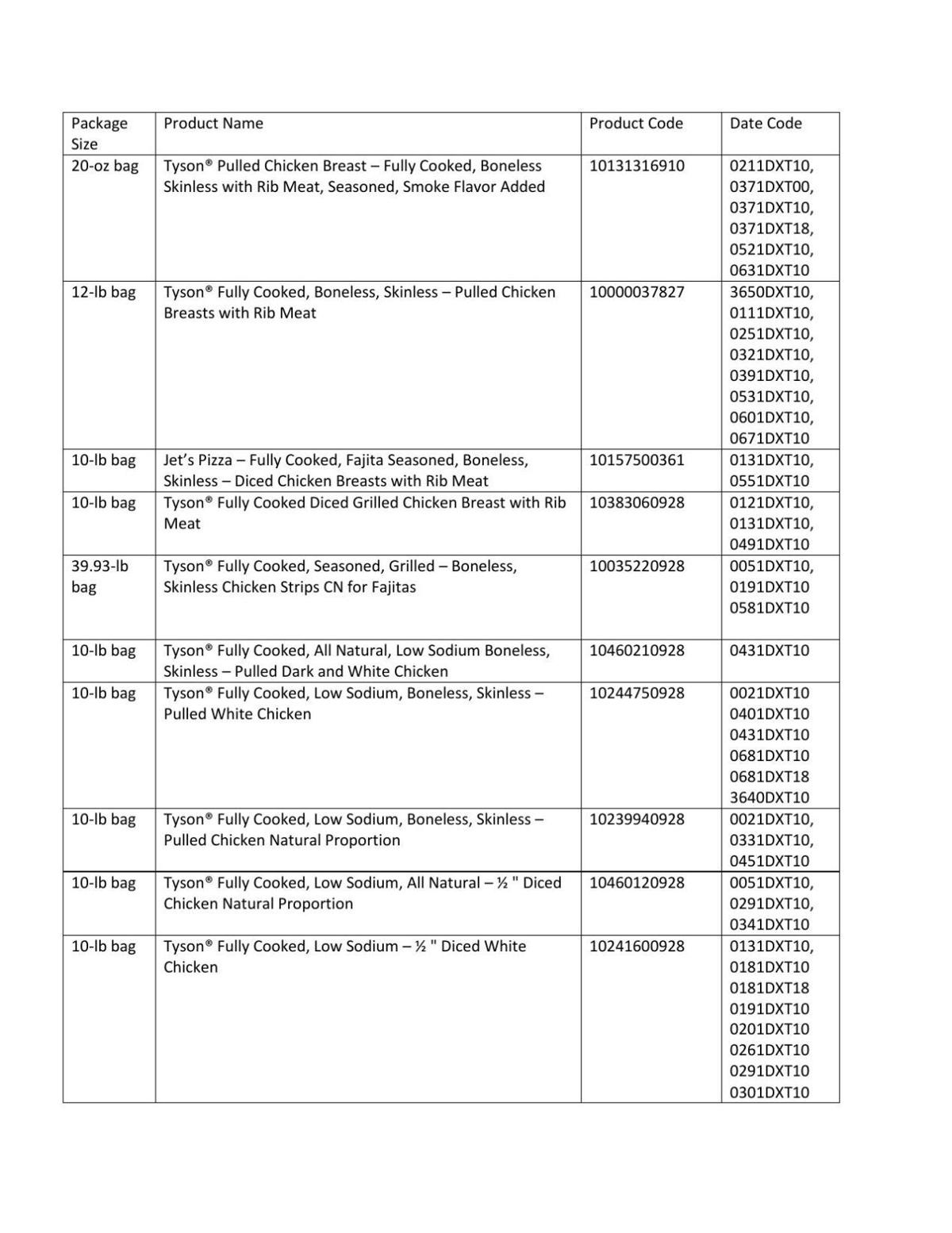 The statement didn't say in which states the products were sold. Download the PDF document here. View the labels at the bottom of this article.

"The products subject to recall bear establishment number 'EST. P-7089' on the product bag or inside the USDA mark of inspection. These items were shipped nationwide to retailers and institutions, including hospitals, nursing facilities, restaurants, schools and Department of Defense locations," the statement said.

The Food Safety and Inspection Service (FSIS) said it received a notification June 9 of two people who became ill with listeriosis, and worked with the Centers for Disease Control and Prevention and state public health agencies to determine there was evidence linking the illnesses to Tyson pre-cooked chicken products. 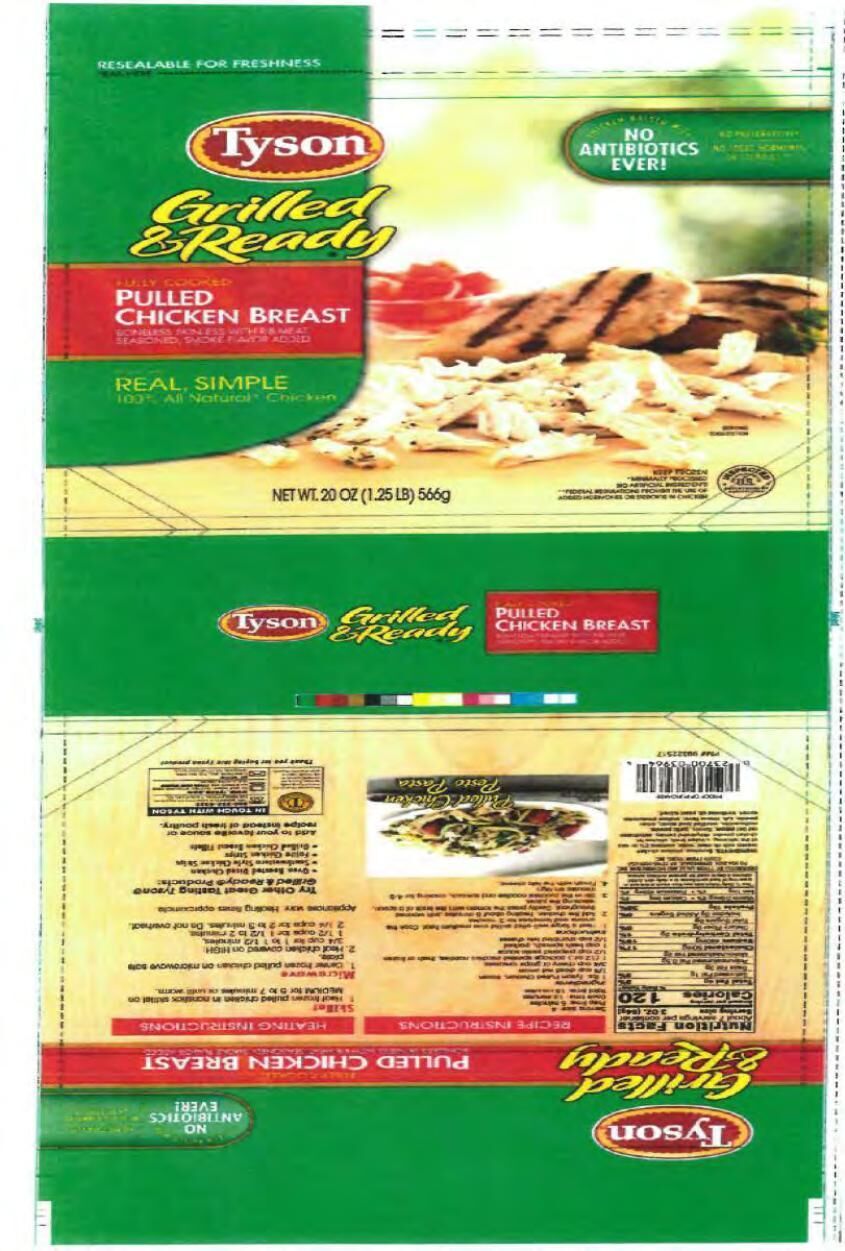 Consumers and businesses or institutions that may have these products should throw them away or return them to the store where they were purchased, the agency said.

Food recalls explained: Why it seems like food contamination is on the rise

Are recalls getting more frequent?

Then why are we hearing about more outbreaks?

Can a food be immune from problems?

How are changing food preferences factoring into the problem?

How distance and scale factor in

What tools are experts using to better track outbreaks and contain them?

Can foodborne illness outbreaks be deadly?

Are there laws to force food producers to better handle and avoid contaminating foods?

Sunisa Lee's father after gold: 'Is this real?'

Sunisa Lee's father after gold: 'Is this real?'

CDC reverses course on masks in areas where virus is surging; schools included in new guidance

Scientists cited new information about the ability of the delta variant to spread among vaccinated people in announcing new CDC mask recommendations.

The nation's top health agency was expected to backpedal on its masking guidelines and recommend that even vaccinated people wear masks indoors.

US Senate GOP: Deal reached, ready to move ahead on infrastructure bill

Cleveland's baseball team will change name from Indians to Guardians

Known as the Indians since 1915, Cleveland's Major League Baseball team will be called Guardians, the club announced Friday.

A new poll underscores challenges facing health officials amid soaring infections in some states: 45% of unvaccinated Americans say they definitely won't get shots. Plus, get the latest data and updates on a persisting pandemic.

Biden to announce end of US mission in Iraq; typhoon headed for Olympics; Jan. 6 committee to start work

President Biden set to announce end of U.S. mission in Iraq; typhoon headed for Olympics; and Jan. 6 committee begins work. Get caught up.

A man inside a makeshift bubble that operates like a hamster wheel washed ashore in Florida, his latest attempt to run across the sea in his “hydropod.”

US economy surpasses pre-pandemic size with 6.5% growth in 2nd quarter

Fueled by vaccinations and government aid, the U.S. economy grew at a solid 6.5% annual rate last quarter in another sign that the nation has achieved a sustained recovery.

The Biden administration will allow a nationwide ban on evictions to expire Saturday, arguing that its hands are tied after a Supreme Court ruling.