More than 20,000 species of bee exist throughout the world — and they are dying, thanks to climate change, pesticide poisoning and plant loss.

Researchers have taken an important first step toward bee conservation by creating the first modern map of bee species represented globally, according to a study published Thursday in the journal Current Biology.

Until now, accurate information about the number of bee species and patterns across the globe has been limited, especially in developing countries where publicly accessible records are slim, the study said.

The team's findings have established an important baseline and best practices for future studies on bees and other understudied invertebrates, the study said.

"We wanted to create the first modern map of bee species richness because we need to know where bees live to conserve them," said Michael Orr, the study's first author and a postdoctoral fellow at the Institute of Zoology at Chinese Academy of Sciences.

"This is an important first step for that, and in the future we can begin working more on threats to bees such as habitat destruction and climate change, and to better incorporate pollination services into ecosystem service analyses."

To develop their maps, researchers combined data from more than 5.8 million public bee occurrence records with a checklist of the distribution of over 20,000 bee species accessible online at the biodiversity portal DiscoverLife.org.

Their analyses resulted in a clearer description of the numbers and patterns of bee species distributed in different geographic locations. It revealed higher concentrations of bee diversity in the Northern Hemisphere than in the Southern Hemisphere and more in dry desert and temperate environments than in humid, tropical and forested areas.

Their findings support previous hypotheses that bee diversity follows a bimodal latitudinal gradient, meaning higher counts of bee species are found away from the North and South poles and fewer near the equator.

This hypothesis has often been proved false due to lack of sufficient data but researchers can now say confidently that bees are one of few insect groups that follow this distribution pattern, according to Orr.

"Surprisingly, despite the critical importance of bees as pollinators, until now there has been no comprehensive source of information on where the different bee species of the world are found," said Rachael Winfree, a professor of ecology, evolution and natural resources at Rutgers University.

"The authors of this paper are the world experts on this topic, and their work is a big step forward for the field of biodiversity conservation."

An accurate understanding and prioritization of the distribution of bee species can have a major impact on species survival in the future and has the potential to prove crucial for food security and maintaining rural livelihoods, said Orr.

"Climate change poses a large threat to many species," he said. "But that's going to be irrelevant if we don't protect the habitats species need that are being destroyed now."

Watch as a SpaceX Falcon 9 rocket, carrying a satellite designed to track the Earth's oceans, blasted off from California on Saturday.

NASA engineers have begun assembling the massive rocket designed to take the first woman to the moon later this decade as part of the Artemis program.

The fossil skeletons of two dinosaurs intertwined in what looks like a final death match have been donated to a North Carolina museum.

A reef measuring about 1,600 feet has been found in Australia's Great Barrier Reef, making it taller than some of the world's highest skyscrapers.

A Baby Yoda toy from the series "The Mandalorian" can be seen in a live stream from SpaceX's Crew Dragon, which is at the International Space Station.

Talk about good camouflage! Scientists say they have found an elusive chameleon species that was last spotted in Madagascar 100 years ago. 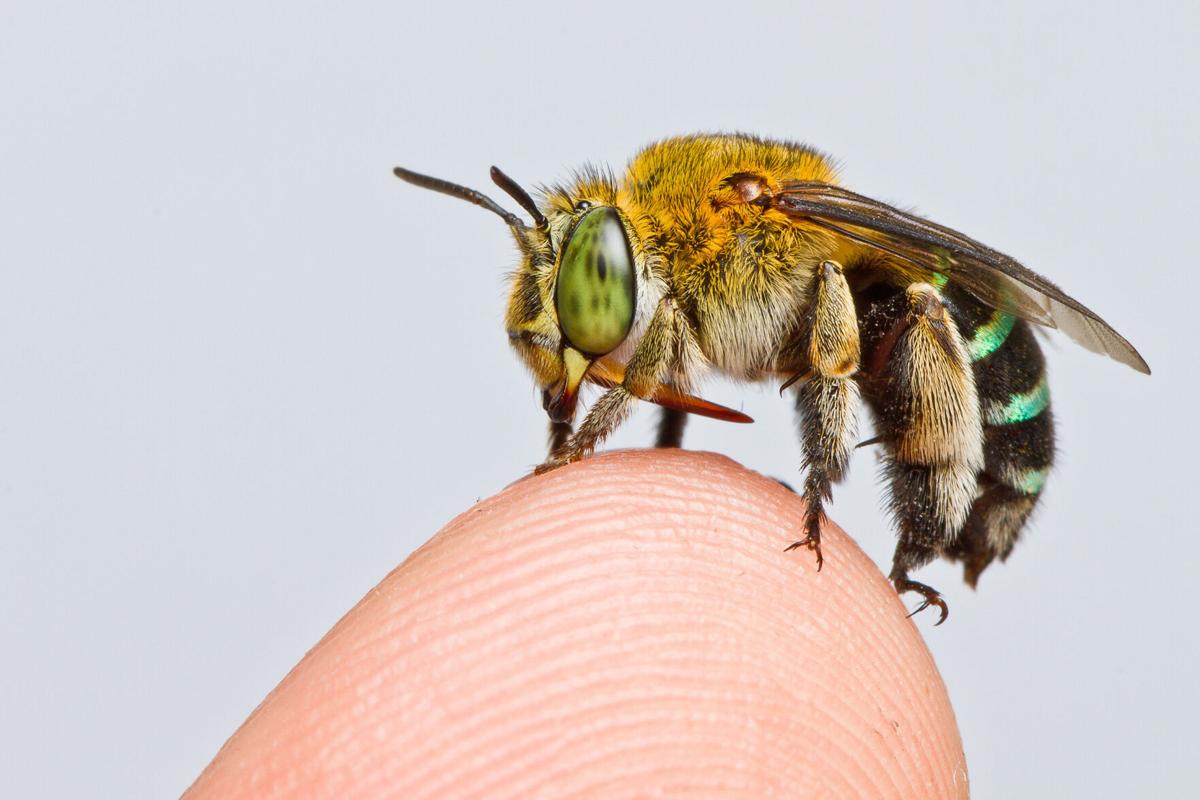 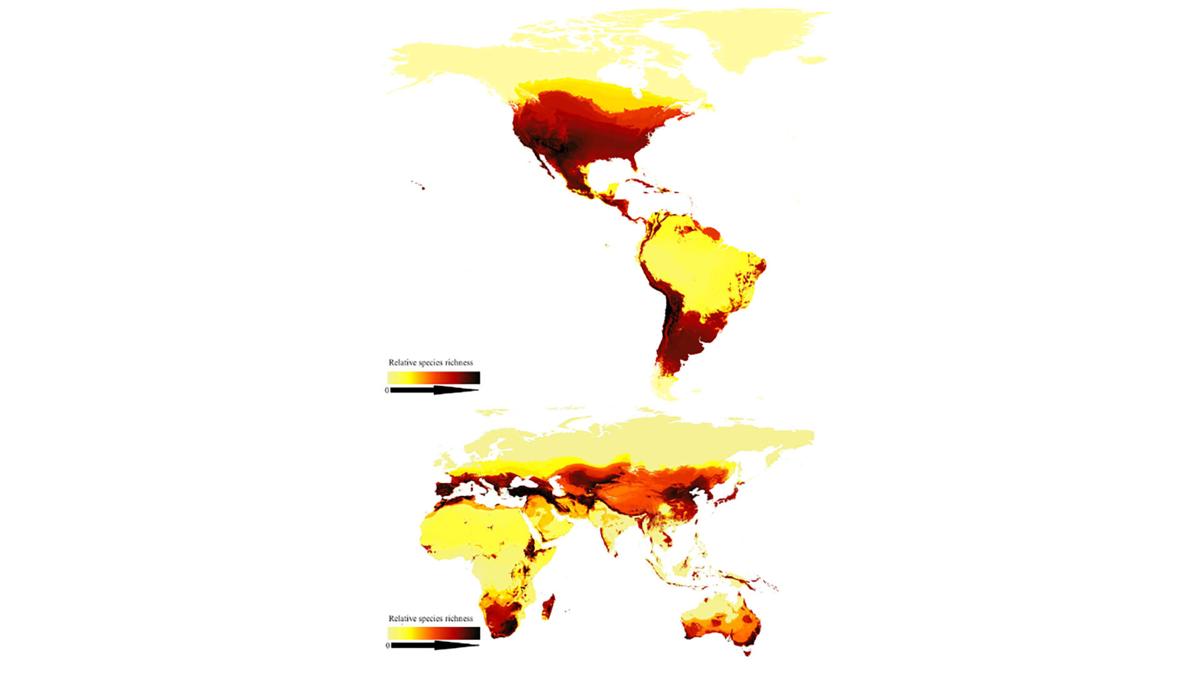 This map shows modeled relative number of different of bee species around the world and depicts the bimodal latitudinal gradient. Darker areas have more species.