Republicans are asking for reforms to the election system in the wake of the state’s first mostly-vote-by-mail election, with some efforts being led by state Sen. Michael Testa, R-Cape May, Cumberland, Atlantic.

“A lot of residents reached out to my office needing assurance and reassurance that their votes fully counted and they were provided a free and fair election,” Testa said. “A lot of people didn’t trust mail-in-ballots. I believe election integrity should always be bipartisan.”

He has co-sponsored four bills that would require the attorney general to set up a voter fraud task force (S-3053); suspend automatic voter registration at places like the state Motor Vehicle Commission until standards and procedures to maintain accuracy are established (S-3025); require commissioners of registration to move voters with undeliverable addresses to the inactive rolls under a specific time frame (S2936); and require the secretary of state’s website to provide a place to report vote-by-mail irregularities and set up a vote-by-mail study commission (S3109).

Only S3109 has a Democrat co-sponsor, Sen. Vin Gopal, D-Monmouth. The others have only Republican co-sponsors.

“I had a personal client whose sons have not lived with him for over 10 years, but he received vote-by-mail ballots for them,” Testa said. “I have also heard of other counties having people on the voting rolls who are 120 years old.”

Testa said he found it hypocritical for the governor to say it wasn’t safe to go to the polls to vote while people were allowed to go to supermarkets and big box stores to stand in line for shopping.

“I’m not trying to do away with vote-by-mail, but I believe people should be allowed to vote in person should they so choose,” Testa said.

State Assemblyman Vince Mazzeo, D-Atlantic, said Sunday he would support a commission to study how to do things better but that there is already a system in place to combat voter fraud.

“What do we have the Board of Elections for?” Mazzeo said of the bipartisan boards in each county that oversee the vetting and counting of vote-by-mail and provisional ballots.

Mazzeo said he is focused on finding a way to get new voting machines in the state that would provide a paper backup.

“The problem with doing all this comes down to dollars and cents,” Mazzeo said. “Changing the machines to have a paper trail would be very expensive — $60 million to $80 million to do the whole state.”

He sponsored a bill, called the New Jersey Elections Security Act, in the 2018-19 session to set up a demonstration project with the paper trail machines, but it was not enacted.

“There are a lot of things that are more important right now,” Mazzeo said of the emergency needs related to COVID-19.

The mostly vote-by-mail election went well in New Jersey overall, Mazzeo said, but he said he is unhappy with continued problems in the Atlantic County Clerk’s Office. Clerk Ed McGettigan sent the wrong ballots to 554 voters in Hamilton Township.

That mistake by the County Clerk Ed McGettigan caused a Superior Court judge to decertify the results in the District 3 county commissioner race and require Atlantic County to hold a new special election since the margin of victory for Democrat Thelma Witherspoon was smaller than the number of wrong ballots sent.

There are also efforts to reform New Jersey’s party-line system in primary battles.

The Fair Ballot Project has been working to raise awareness of what it calls “New Jersey’s archaic ballot structure” organized in a “Party Line” voting system rather than by office sought.

The group says it “unfairly disadvantages candidates outside of the state’s impenetrable political machine.”

The Party Line allows political parties to group candidates they favor under their names, leaving those not on the line to be listed further out on the ballot.

“The ballots are designed to influence voters to choose candidates selected by party bosses,” according to The Fair Ballot Project. “New Jersey residents deserve to have fairly elected leaders working for us, not career politicians who care about appeasing party bosses in order to keep their seats safe.”

Biden: This is the decisive decade on climate

Biden: This is the decisive decade on climate

Cape May County investigating antigovernment group’s use of public property

CAPE MAY COURT HOUSE — Among the tangled mix of QAnon images and Confederate, Trump and Gadsden flags emblazoned with “Don’t Tread on Me” carried or worn during the Capitol riots in Washington, D.C., on Jan. 6 were multiple “Oath Keepers” patches, often with a chapter location.

Republican Atlantic County Executive Dennis Levinson said Wednesday the costs of a new election for District 3 county commissioner should not be borne by county taxpayers.

The District 3 Atlantic County commissioner position is likely to remain vacant for several months, after a judge decertified the election of Democrat Thelma Witherspoon on Monday because hundreds of incorrect ballots were sent to voters in the district.

A Superior Court judge on Monday revoked the election of Democrat Thelma Witherspoon as District 3 Atlantic County Commissioner and ordered a new election be held to fill the position because the county clerk sent 554 voters the wrong vote-by-mail ballots — affecting only the District 3 race.

HAMMONTON — Republican Councilman Joe Giralo will seek his party’s nomination for Atlantic County clerk in 2021, saying he has “554 reasons to run” after a recent error involving ballots.

An already historic general election in the midst of a pandemic got more complicated Monday as one Congressional candidate went into quarantine for COVID-19 exposure and officials discovered that incorrect ballots were sent to 554 Hamilton Township voters.

The Atlantic County Clerk sent a batch of incorrect ballots on Oct. 19 to 554 voters in Hamilton Township, which may force a special election in the District 3 freeholder race if no one wins by a large margin Tuesday. 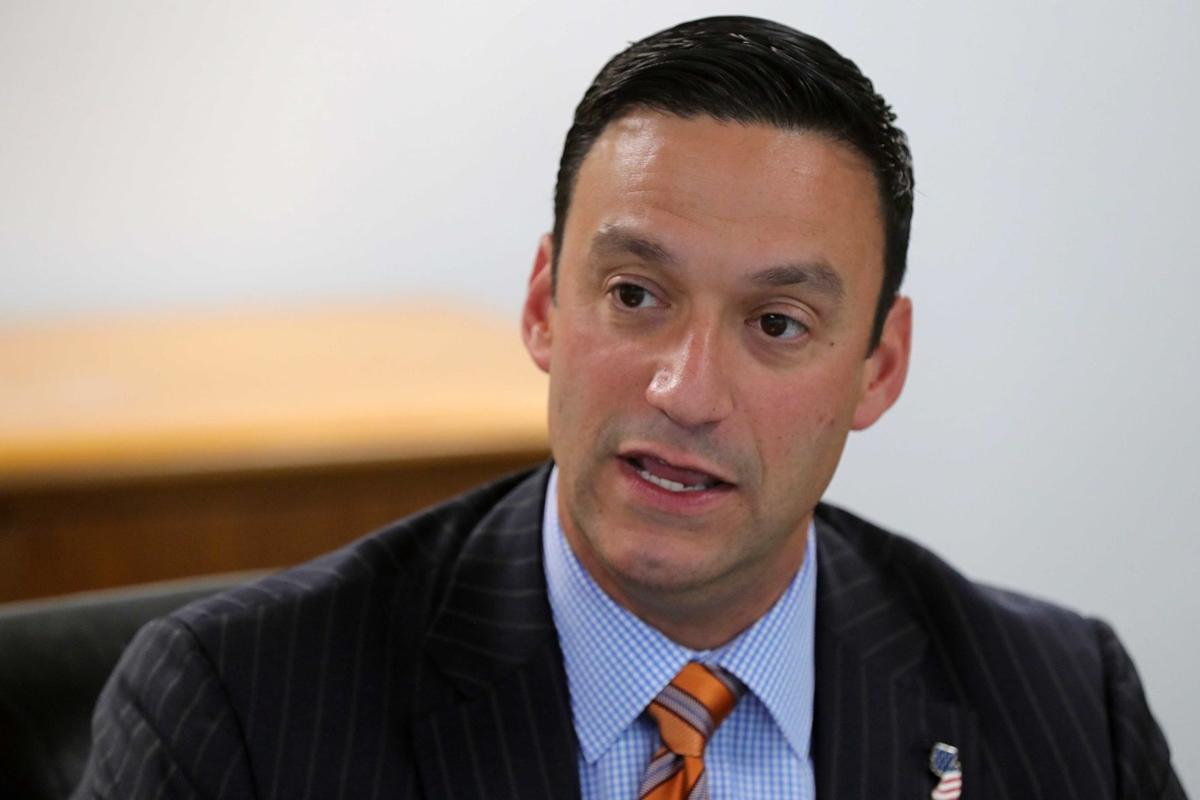 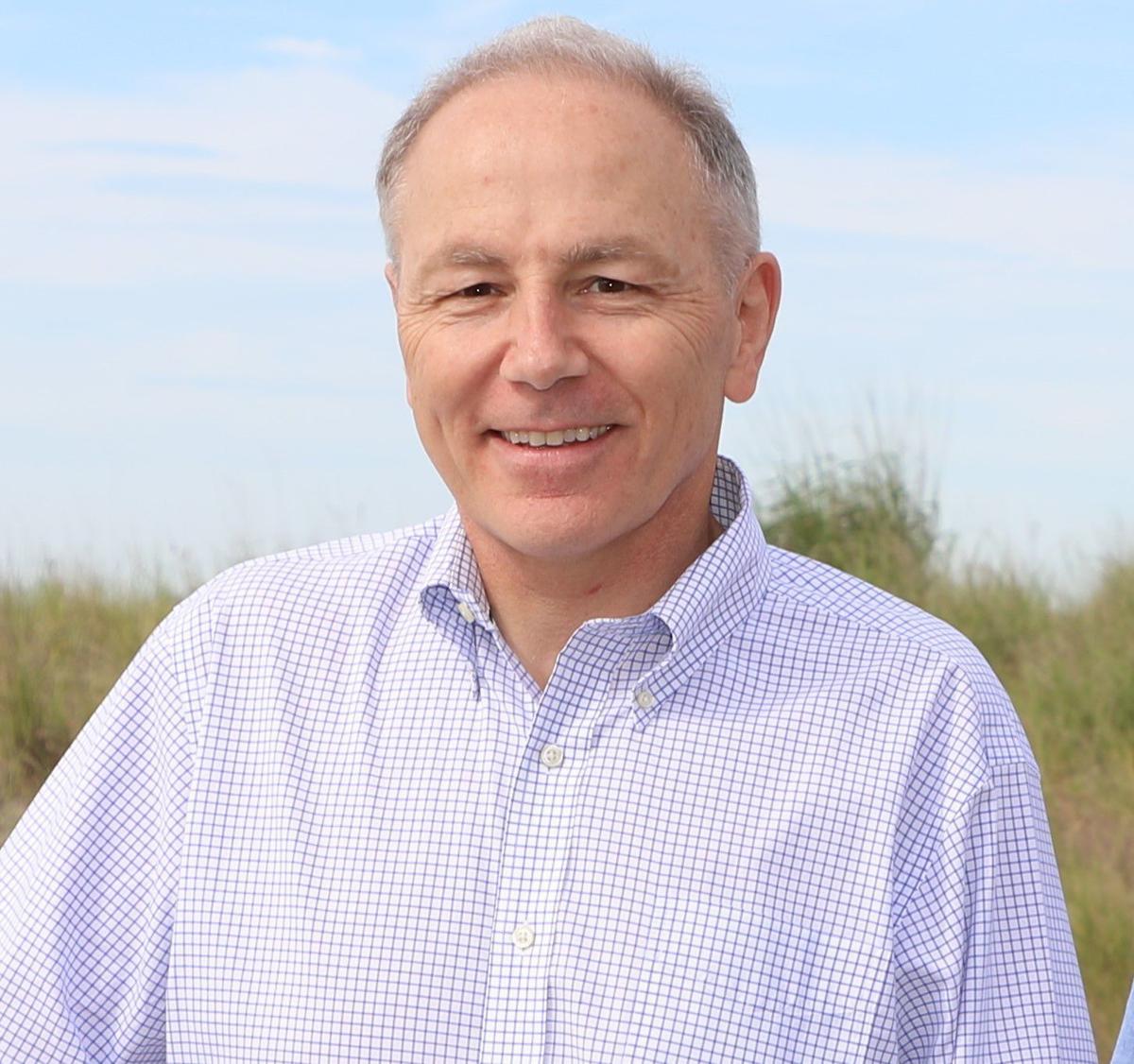