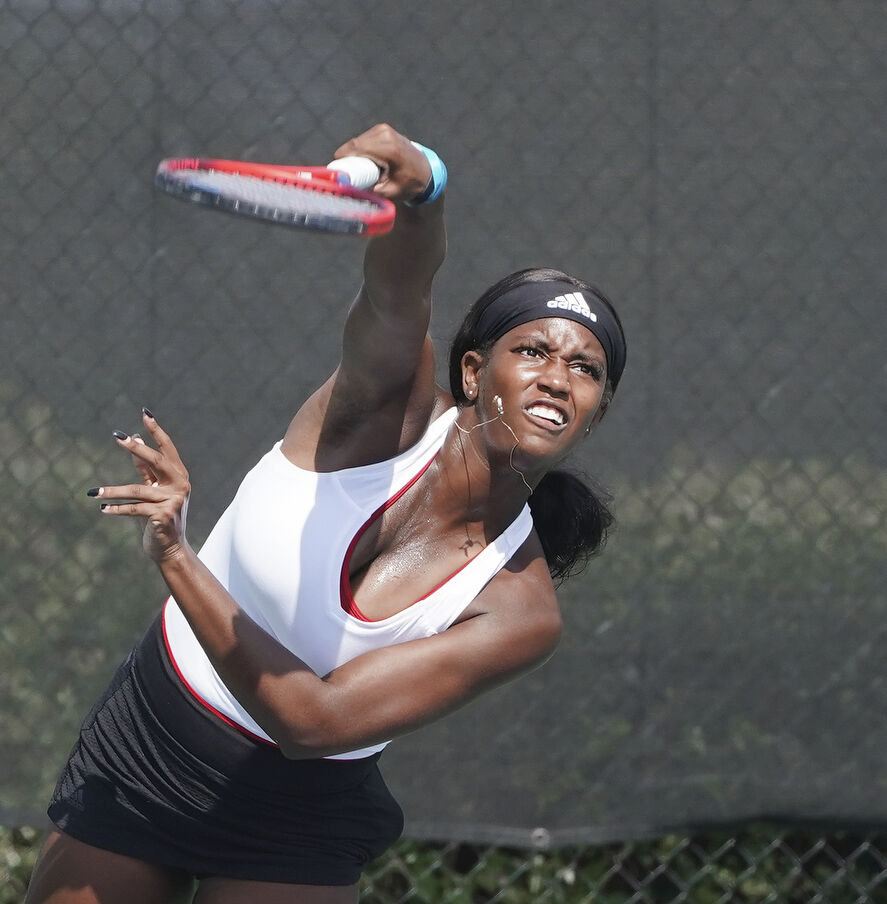 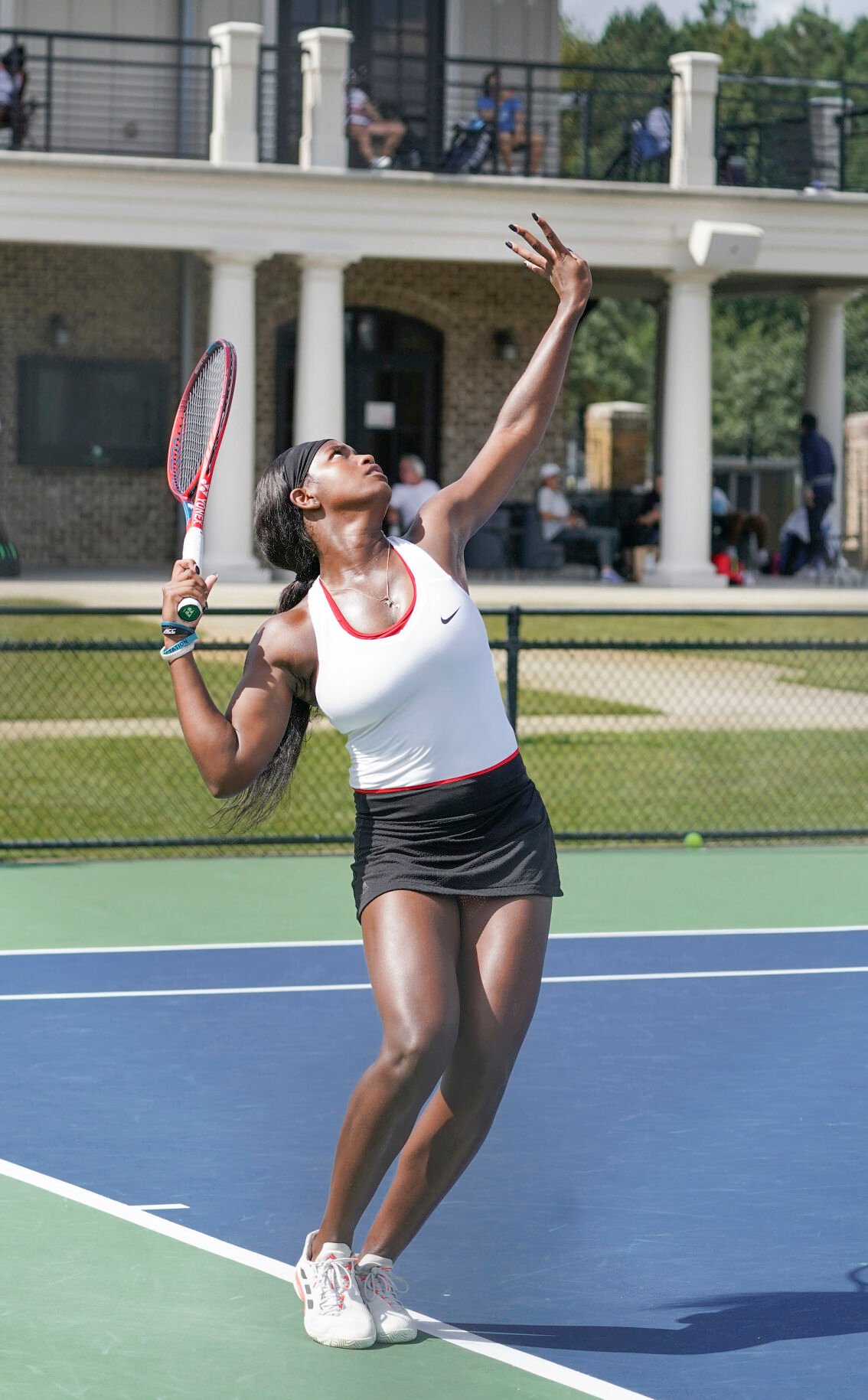 Alana Smith sets up for a serve during the McLeod for Health Florence Open on Thursday at Dr. Eddie Floyd Florence Tennis Center.

FLORENCE, S.C. – Alana Smith was starting to get a familiar feeling during her McLeod for Health Florence Open match Thursday.

After a first-set loss to seventh-seeded Gabriela Lee in the main singles draw, the N.C. State University senior found herself in a dogfight in the second set.

A late rally gave Smith the lead – and it appeared as if she was headed for her third third-set tiebreaker in three days.

“It was going to be another long one, but I was ready for it.”

Unfortunately for Smith, the tiebreaker never came as Lee rallied to pull off a 6-1, 7-6 (2) victory and advance to Friday’s quarterfinals.

The loss ended a strong run for Smith in her return to the Florence Open for the first time since she enrolled at N.C. State in 2018.

“She started missing some there at the end and I was able to kind of get in a rhythm.”

It was a slight change of pace for Smith this week playing just on the singles side. The Fort Washington, Maryland, native plays both singles and doubles with the Wolfpack and has especially shined in doubles play.

She’s been an All-American each of the past three seasons at N.C. State. Along with doubles partner Anna Rogers, the duo posted a 26-10 record and reached the NCAA Doubles Championship.

Smith also went 18-9 in singles play and was ranked No. 34 by the Oracle/ITA Rankings at the end of season – qualifying for the NCAA Singles Championship for the first time in her career in the process.

“I play decent in both, I like to say,” Smith said. “It was good I only played singles this week though because playing doubles with those three-setters this week would have been tough.

“I think the biggest thing from this week is just making sure I don’t do too much; don’t force too much like I did in that first set. Just find my shots and hit my shots when I have the opportunity.”

In other matchups Thursday, top-seeded Xiyu Wang earned her way into the quarterfinals with a 6-2, 6-1 victory over Sofia Shapatava. Fifth-seeded Robin Anderson advanced and will face Emiliana Arango, who knocked off second-seeded Ku6-2rumi Nara 6-2, 6-3.

Alana Smith sets up for a serve during the McLeod for Health Florence Open on Thursday at Dr. Eddie Floyd Florence Tennis Center.