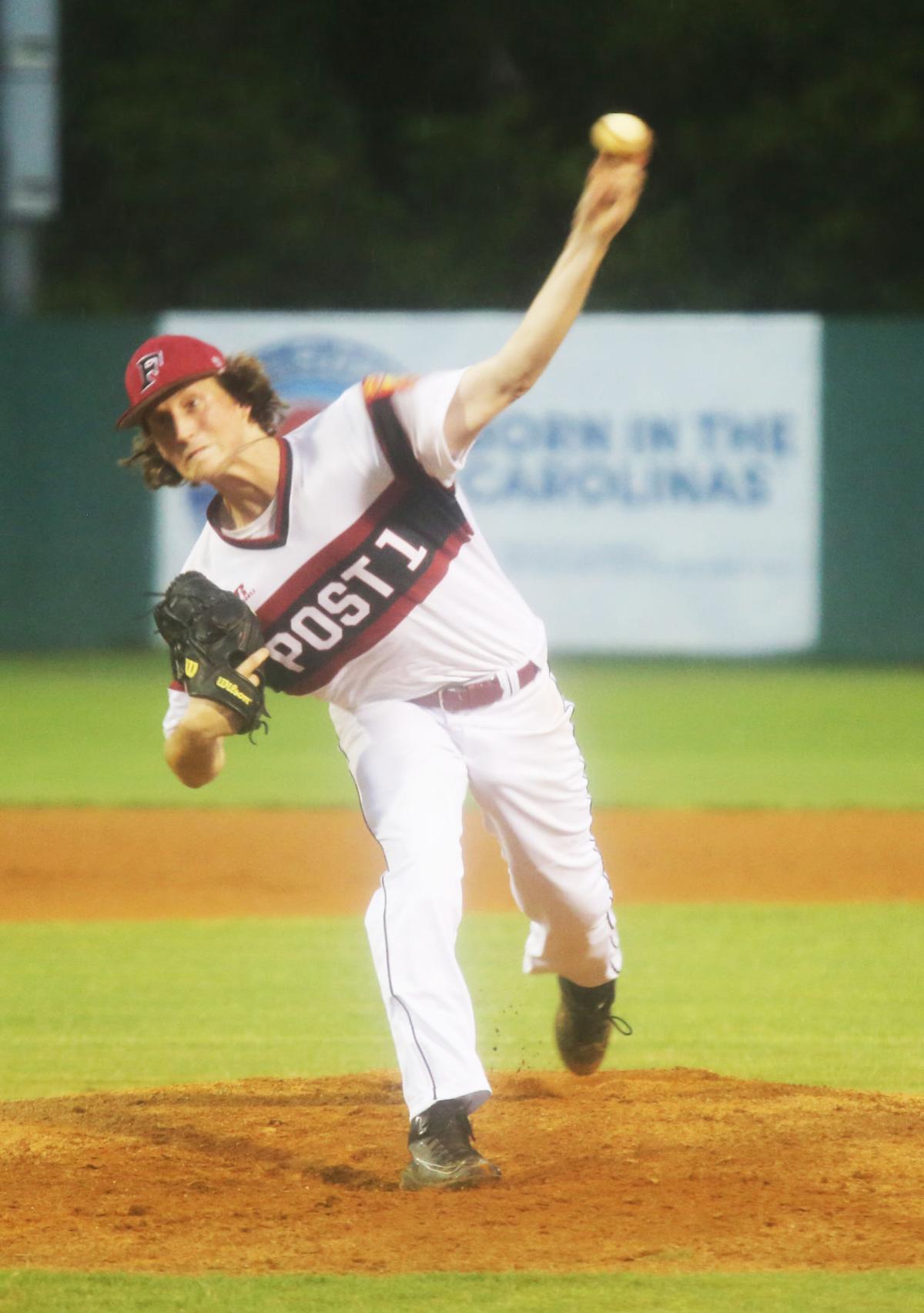 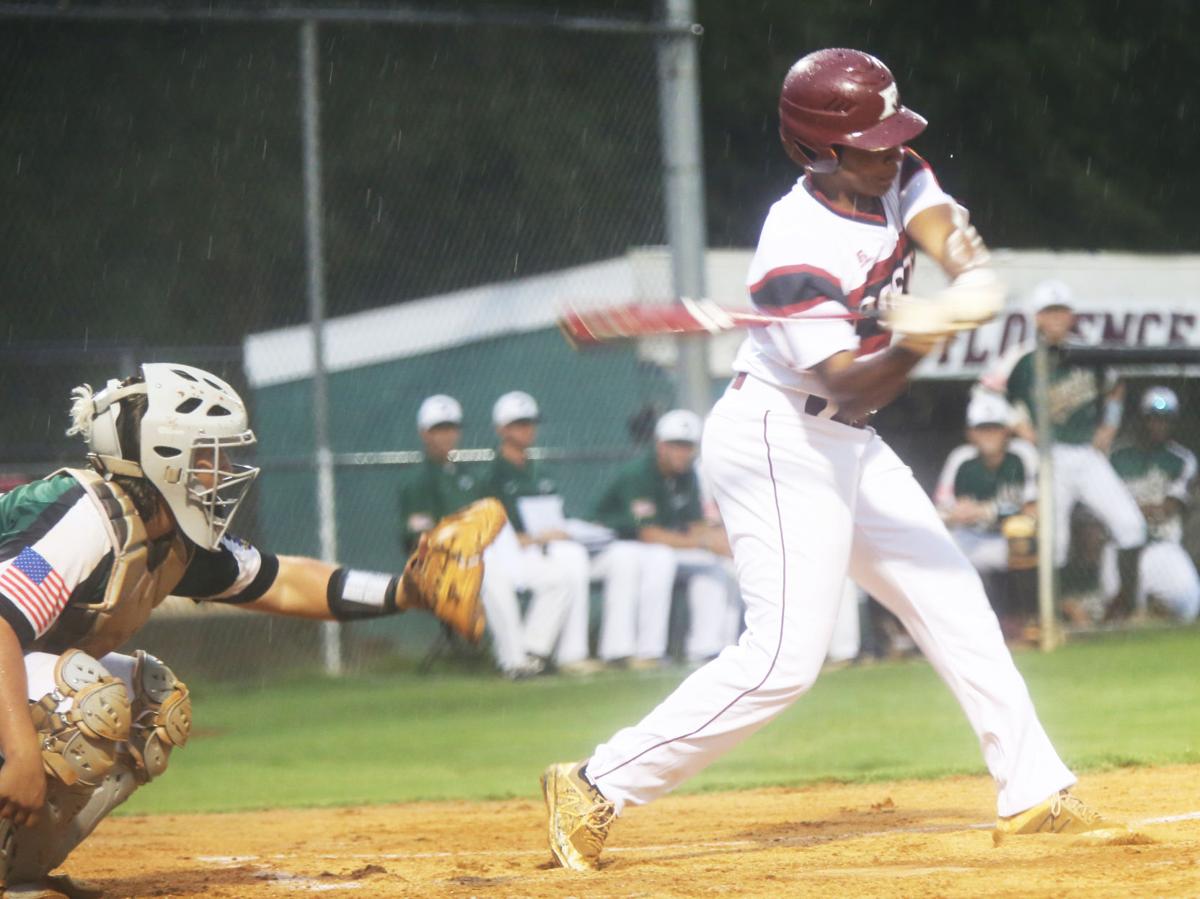 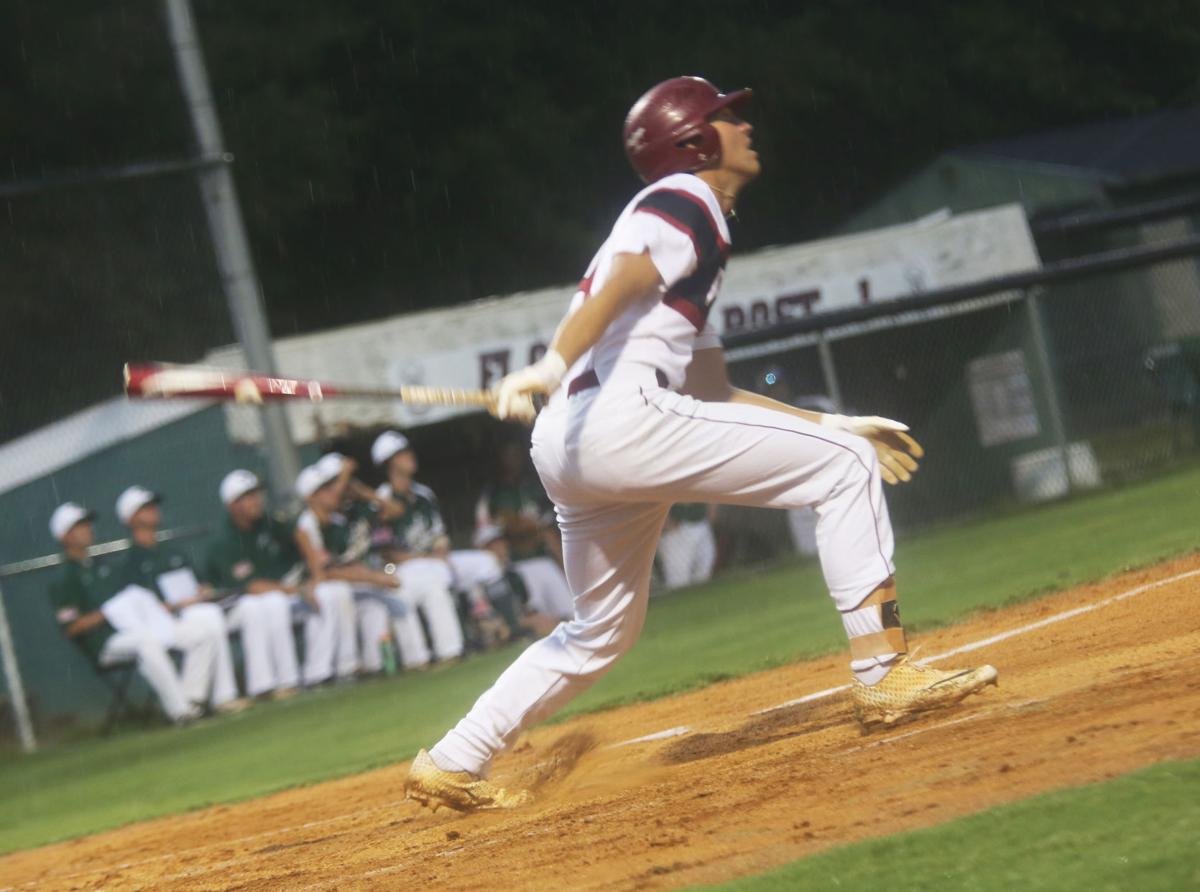 Florence's Will Hardee watches his fly ball during Post 1's game against Camden on Monday at American Legion Field. 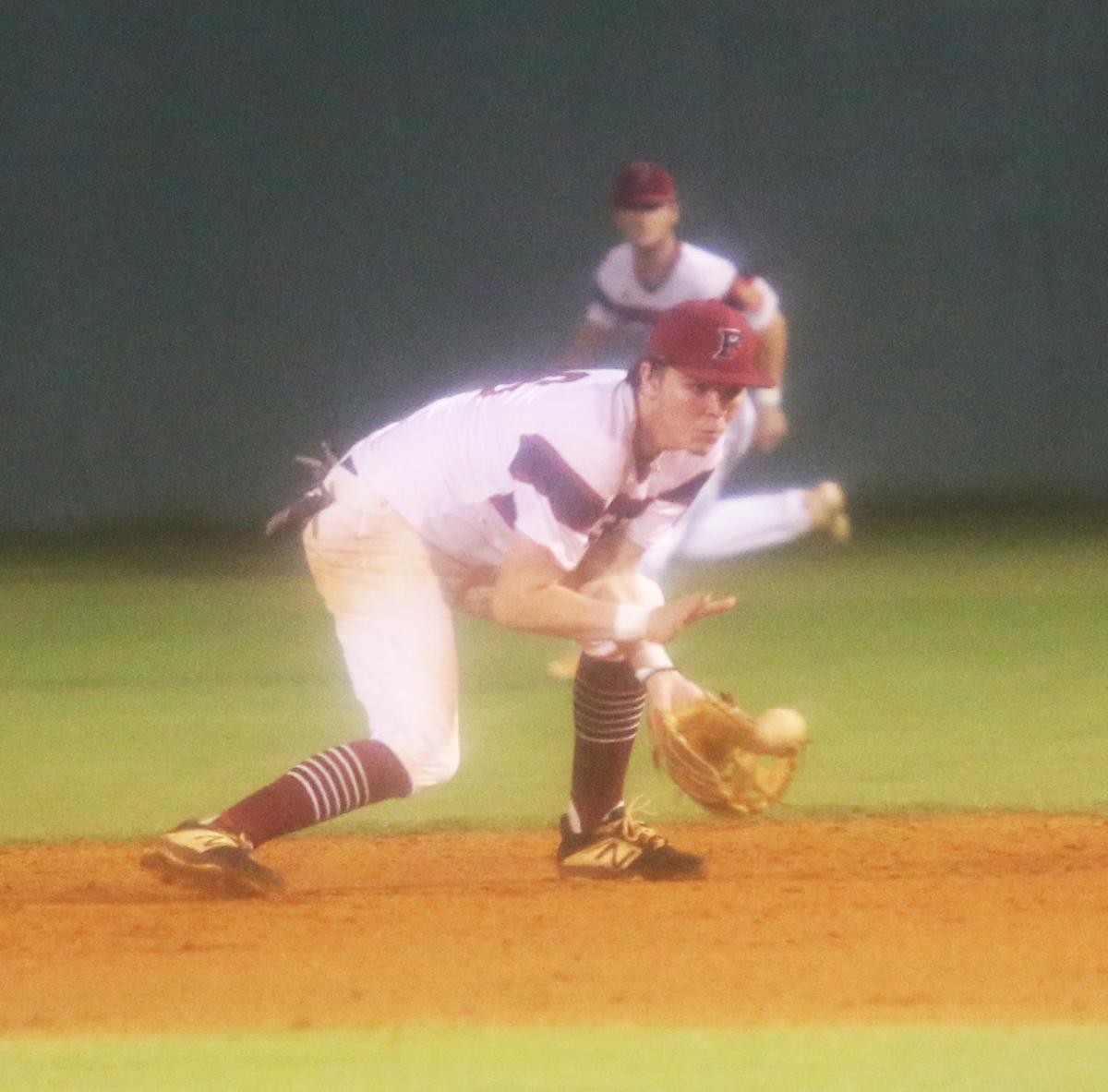 Florence's Owen Taylor scoops up a grounder during Post 1's game against Camden on Monday at American Legion Field.

Post 1’s Anthony Hopkins made the night a one-sided affair, as it turned out.

Even after a near 45-minute weather delay, it was a quick night as Hopkins went six-plus innings and allowed no runs on just three hits – striking out six and walking two as Florence cruised to a 4-0 victory over Post 17.

Post 1 is now 25-3 on the year and has a date with Wilmington at 6:30 p.m. today in Whiteville, North Carolina. Florence closes the regular season at 7 p.m. Friday at Sumter.

“We were laughing, as this is a kind of a theme of the World Cup. This was like a soccer friendly,” Post 1 coach Derick Urquhart said of the matchup. “Two teams and (Camden coach) Steve (Carmon) is a friend of mine. We both wanted to stay fresh against a quality opponent.”

Urquhart also wanted to stretch out his starting pitching a little heading into next week’s state playoffs, but even he didn’t think Hopkins would pitch into the seventh.

But the left-hander was dealing from the get-go. He retired the first seven batters he faced, striking out three of them, and Camden managed only five baserunners against him.

He retired Post 17 in order in three of his five innings. A leadoff single by Jake Laffin in the top of the seventh ended his night, and Austin Moore came on to close things out.

“We wanted to get him ready for that stretch run next week,” Urquhart said of Hopkins. “But I was really proud of the way he threw tonight.”

Camden starter Jake Tanner kept his team in the game. He went four innings and allowed just two runs, one earned, on six hits with a strikeout and two walks.

It was an error that got Florence on the board first. Jameson Purvis had a one-out single, took second on Gage Weatherford’s base hit and third on a wild pitch.

It appeared as if he was going to be stranded there, but D.P. Pendergrass’ grounder to short was bobbled by J.C. LeGrand and everyone was safe, including Purvis as he crossed the plate.

Post 1 collected three hits in the fourth inning against Tanner, the last of which by McIver Wallace scored Moore to make it 2-0 Florence.

The final two runs came off the bat of Will Hardee. Post 1 loaded the bases off Camden reliever Tripp Reeves, and Hardee’s two-run single drove in Wallace and Pendergrass.

“Conditions weren’t great, but against a good team, our offense came up with some timely hits,” Urquhart said. “If we play like this the rest of this week heading into the playoffs, I’ll be really satisfied.”

Wallace and Weatherford each led Post 1 with two hits.

JEFFERSON, S.C. – With most of the local youth sports organizations shut down because of the COVID-19 pandemic, the small town of Jefferson be…

FLORENCE, S.C. – Florence Post 1 will see another week of S.C. American League state playoff baseball, thanks in no small part to right-hander…

FLORENCE, S.C. -- What is wrong with people?

FLORENCE, S.C. -- What is wrong with people?

WEST COLUMBIA, S.C. – Florence saw its S.C. American League season come to an end Wednesday at Midlands Sports Complex with an 11-9 loss to We…

HARTSVILLE, S.C. — Hartsville Red swept past Lexington Red with scores of 7-3 and 6-5 Monday to win the best-of-three series Monday and advanc…

Up to 8,000 attendees can be at Darlington Raceway on Sept. 6

Florence's Will Hardee watches his fly ball during Post 1's game against Camden on Monday at American Legion Field.

Florence's Owen Taylor scoops up a grounder during Post 1's game against Camden on Monday at American Legion Field.