Barth thrilled with new year-round facility for RedWolves, city
0 comments
Share this
Only $5 for 5 months
1 of 2 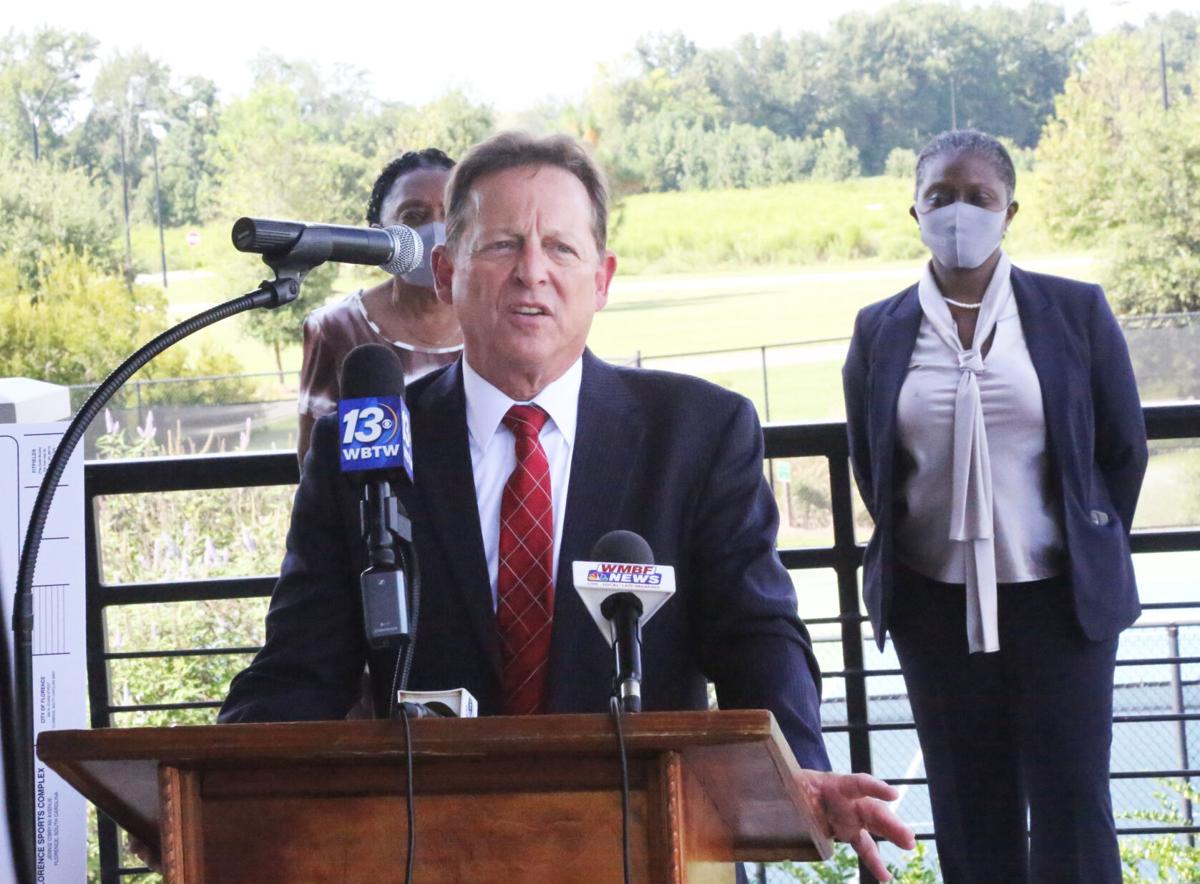 Florence RedWolves owner Kevin Barth speaks at a press conference Monday to announce the team's move to the upcoming city of Florence sports complex near the Dr. Eddie Floyd Tennis Center beginning in 2022. 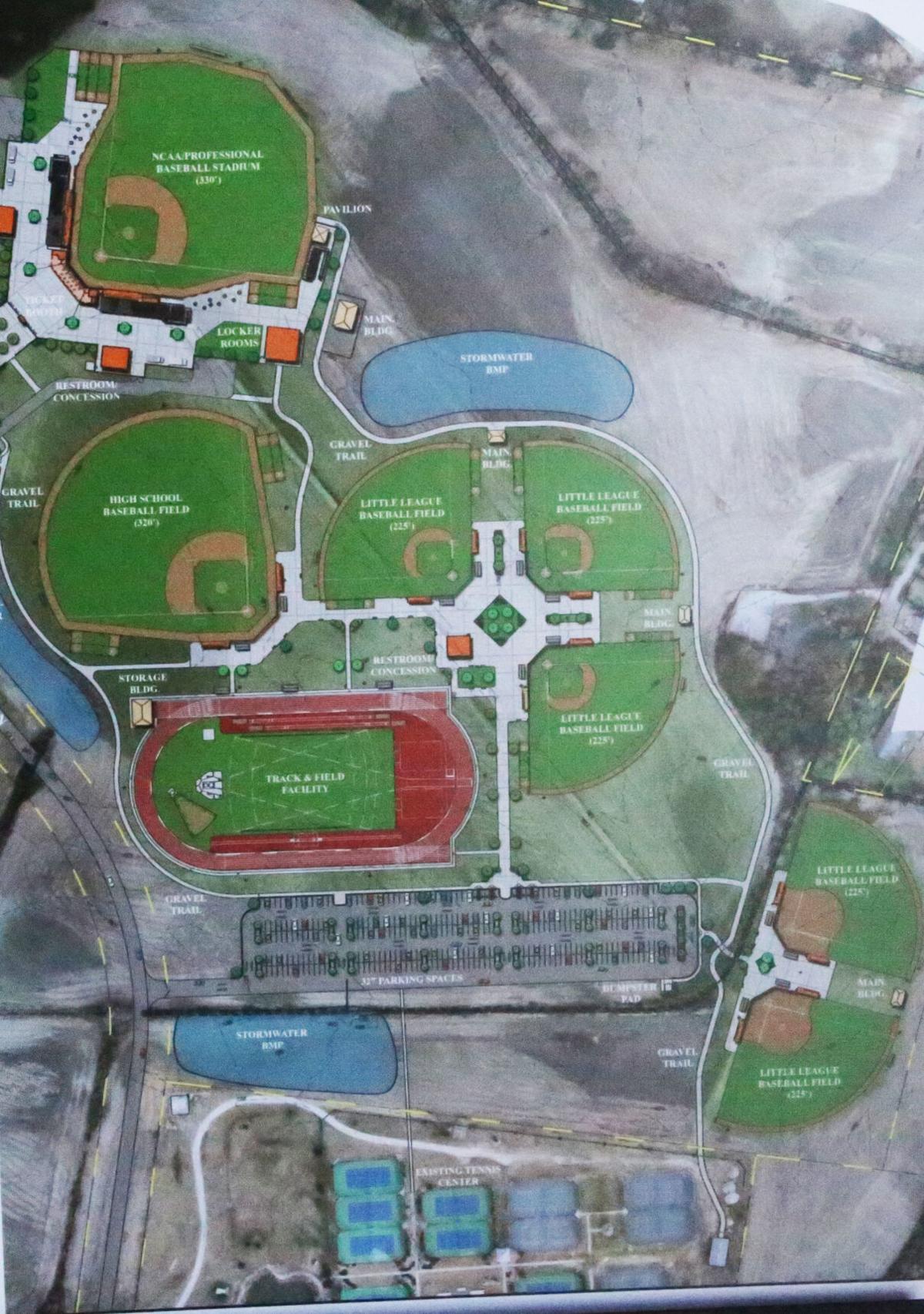 A more detailed rendering of what the new sports complex will look like once it is completed in 2022.

FLORENCE, S.C. – There was a time when Kevin Barth and his wife weren’t sure if the Florence RedWolves would even exist past 2012.

“To be honest with you, the RedWolves have been charmed as a team,” said Barth, who has owned the collegiate summer baseball league franchise since 2001. “My wife and I were at the point where we decided we were either going to have to close the team down or move it to another city because the ballpark (American Legion Field) just wasn’t suitable anymore.

“But along comes Dr. (Fred) Carter and Francis Marion to the rescue. They invited us out to their place, and we have been playing at just a magnificent stadium for the last number of years.”

FMU and the RedWolves have shared a home since 2012, but on Monday, Barth and Florence city officials announced they’ll be getting one to call their very own in the near future.

The city’s new $15 million sports complex that will be constructed beside the Dr. Eddie Floyd Tennis Center will feature several youth baseball fields, but its centerpiece will be a $5 million NCAA-level stadium capable of housing 1,600 spectators.

It will also be the new home of the RedWolves, who will play their final season at Sparrow Stadium in 2021 before moving to the new facility in 2022.

“I can’t tell you how excited we are to enter into this agreement with the city to play RedWolves baseball here at what we know is going to be an amazing and incredible stadium,” Barth said. “… The new stadium is going to be an amazing facility. It’s going to be one that allows us to not only bring baseball here in the summer, but it’s going to allow us to be a year-round venue. We have plans to bring concerts, family events, baseball tournaments, conference tournaments hopefully and things for the family year round.”

Suites, VIP areas, food trucks, hospitality areas and designated “kid zones” will all be a part of the fan experience going forward, not only for RedWolves games but all events, Barth said.

“What we have found over the last 20 years of RedWolves baseball and playing in the other cities in our league is that having things to do for the entire family at the stadium is just as important as putting a good team on the field and having a nice stadium,” Barth said. “… We asked for those kinds of things because we think they are good for RedWolves fans, and I really think they’ll be even better for people coming in and watching tournaments and concerts and things of that nature.

“The city just made all that possible.”

Florence Mayor Stephen Wukela said Barth and the RedWolves were brought in very early on the project and provided a lot of input as to the stadium’s design and amenities.

“I think as you’ll look closer at this facility, what you’ll find is the stadium is designed in such a way that it really lends itself to all the different kinds of programming that Kevin talked about.”

Barth and the RedWolves will be managing the stadium year round, he said, and they will be responsible for all of the upkeep and scheduling of events.

“That will certainly create more jobs,” Barth said. “How many is still kind of in the works. It just depends on how many events we can get into Florence in 52 weekends a year. So we’re hoping to have a big staff, because if we have 1,600 to 1,800 people here, we can accommodate them well.”

FLORENCE, S.C. – While the remnants of Hurricane Sally might cause more postponements Friday, at least two games in the Pee Dee won’t take pla…

FLORENCE, S.C. — Alla McGillivray earned medalist honors with a 44 to lead West Florence to a tri-match victory over Darlington and South Flor…

DARLINGTON, S.C. – Jared Amell and his team were in pretty good spirits Friday as Trinity Collegiate School opened the second half of a game a…

LAKE CITY, S.C. – Carolina Academy coach T.J. Joye was careful to praise his team as a whole instead of someone specific.

Florence RedWolves owner Kevin Barth speaks at a press conference Monday to announce the team's move to the upcoming city of Florence sports complex near the Dr. Eddie Floyd Tennis Center beginning in 2022.

A more detailed rendering of what the new sports complex will look like once it is completed in 2022.