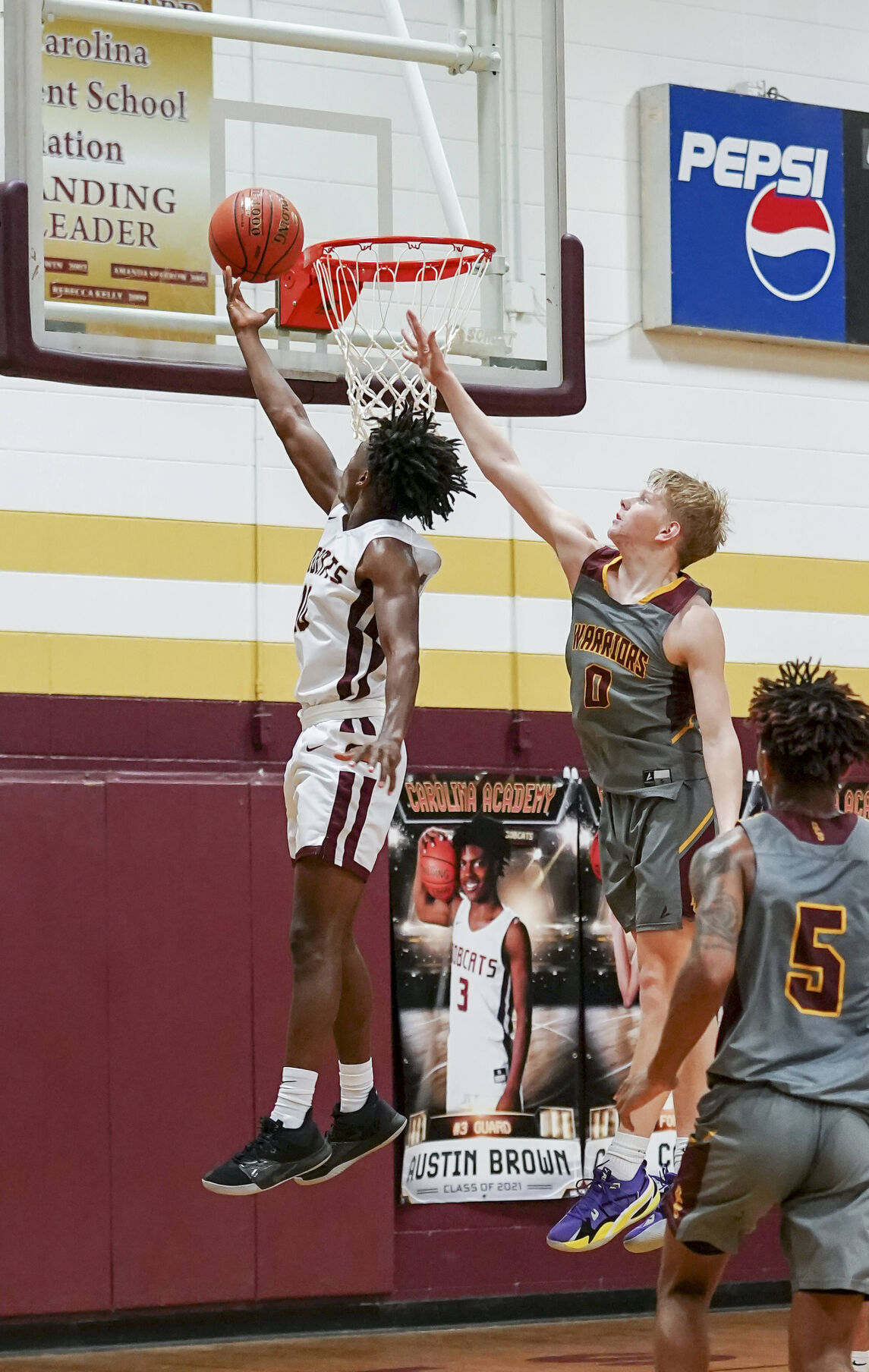 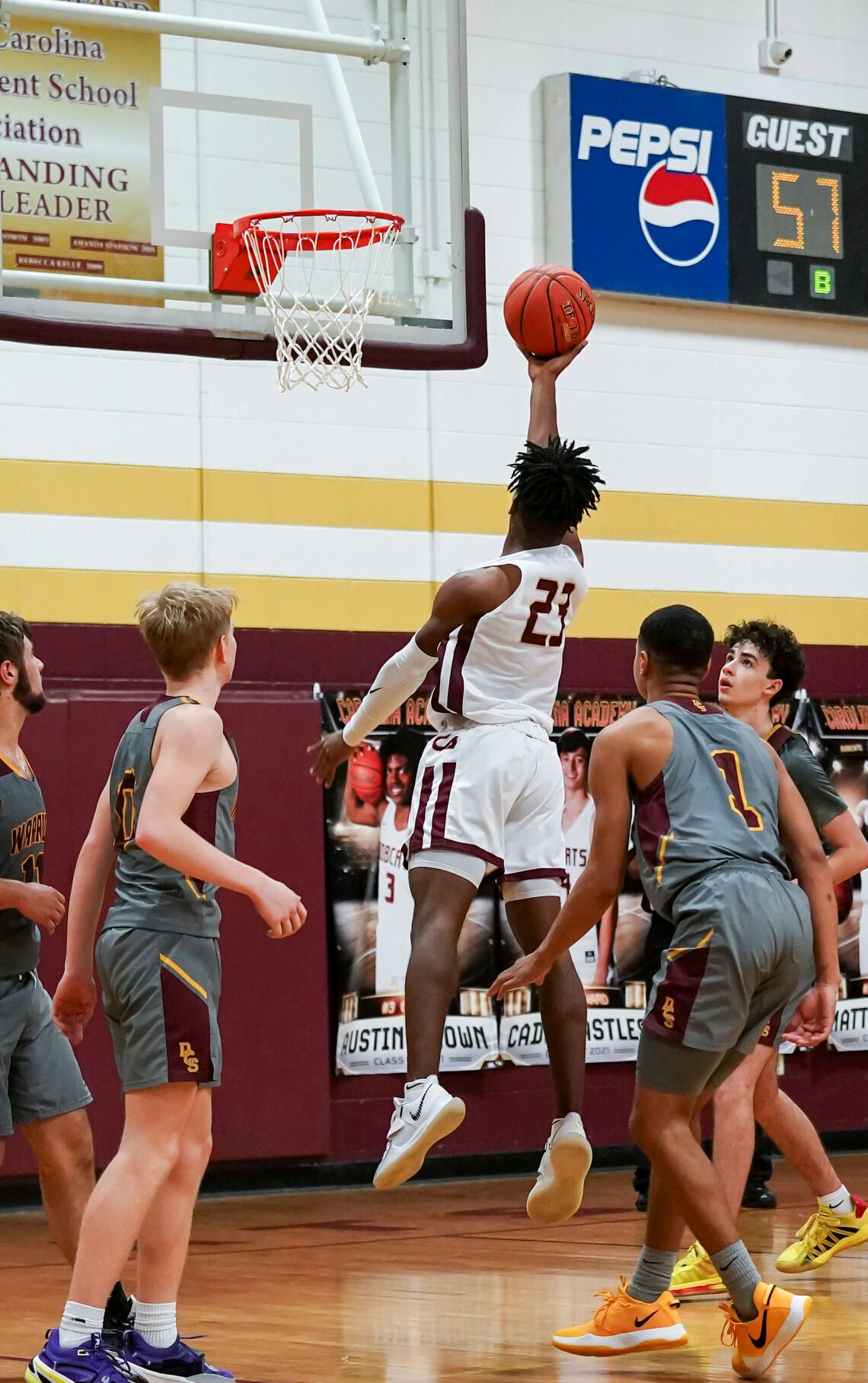 Carolina Academy's Markorius Epps (23) gets past the defense for a layup during Tuesday's 63-53 loss to Dillon Christian in Lake City. 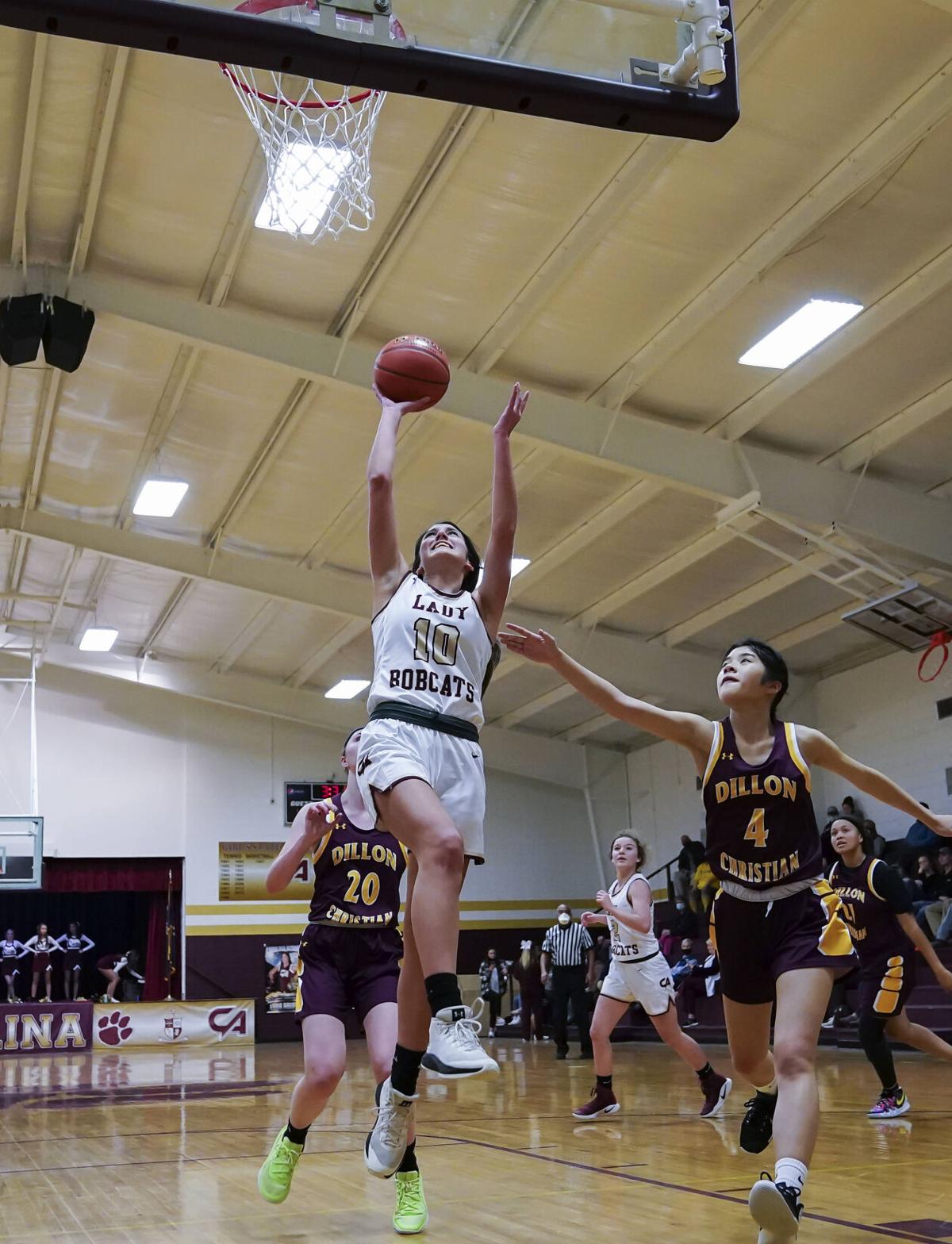 LAKE CITY, S.C. – A dominant second quarter was the difference in the game as Dillon Christian School’s boys’ basketball team earned a 63-53 victory over The Carolina Academy on Tuesday.

The Warriors outscored the Bobcats 19-9 in the second stanza and CA was unable to pull any closer than seven points the rest of the way, despite outscoring DCS in the third quarter.

Always dangerous from three-point range, Dillon Christian managed to sink just five shots from beyond the arc against the Bobcats, but three came in the third as the Warriors kept CA from making it a much tighter game.

Weston Glassgow and Grayson Singletary each led the way with 16 points for the Warriors and the duo connected on a pair of treys each.

It was the Bobcats that had the high scorers on the night, however. Matthew Joye poured in 18 points followed by Matt Gaskins with 17. Joye scored 13 of his points in the second half and Gaskins had 10 as CA cut the deficit to 49-40 entering the final quarter.

But 59-51 was as close as the Bobcats got the rest of the way, and that score came with just 1:10 remaining.

DeWayne McCormick added 11 for DCS to give the Warriors three players in double figures and George Wilder gave CA the same with a 12-point performance.

LAKE CITY, S.C. – The Carolina Academy took a 17-3 lead after the first quarter and never looked back to claim a SCISA Region 3-2A victory over Dillon Christian School.

Leading scorer Anniston Turner led the way with a game-high 20 points including 13 in the first half. Turner also connected on four three-pointers in the contest.

Grace Weaver followed with 11 points for the Bobcats including 10 in the third quarter as CA put up 23 in the stanza.

Carolina Academy's Markorius Epps (23) gets past the defense for a layup during Tuesday's 63-53 loss to Dillon Christian in Lake City.