Milley defends call to Chinese at end of Trump presidency

Hartsville loses a thriller to Gilbert, 48-47
0 Comments
Share this
{{featured_button_text}}
1 of 4 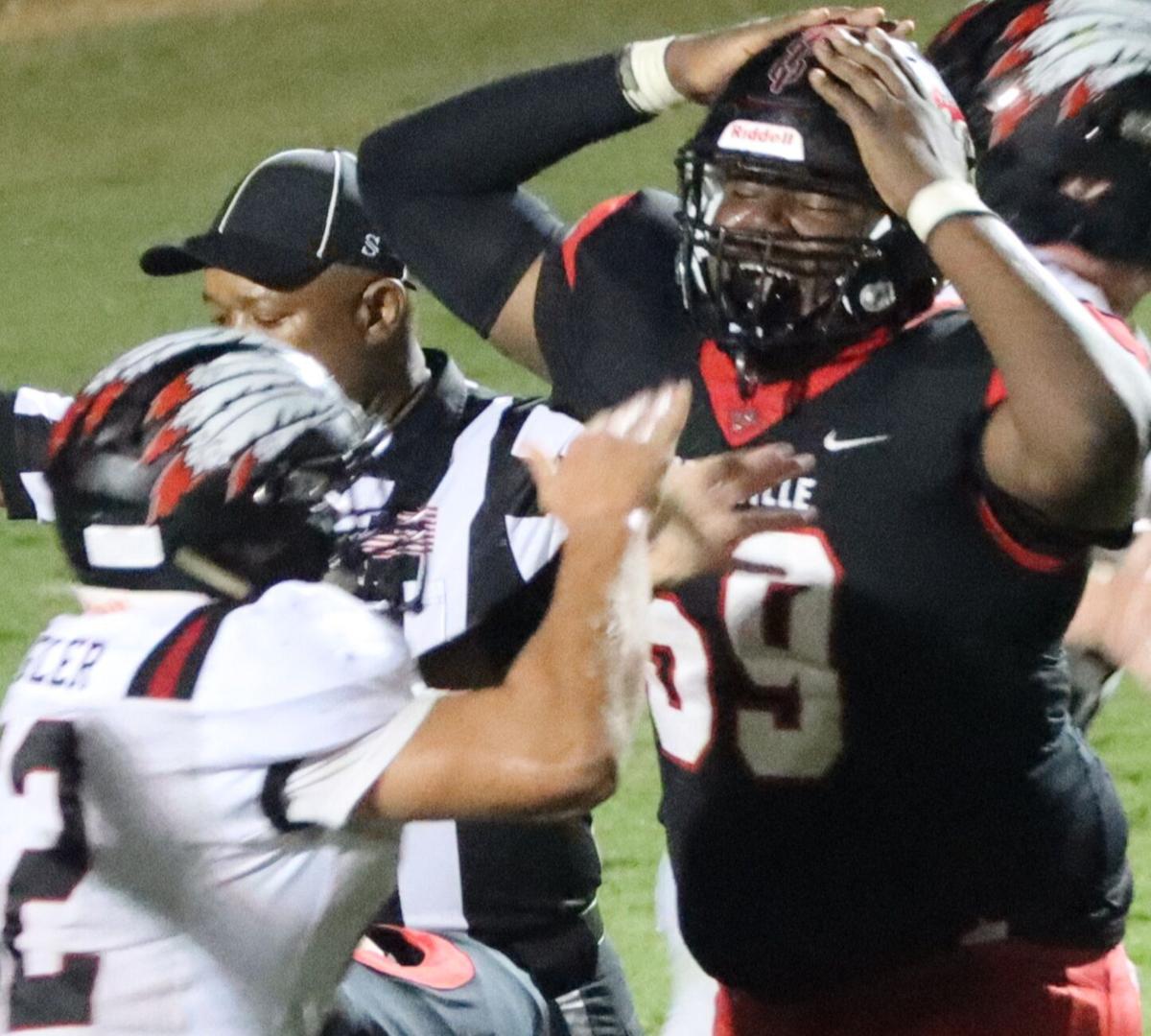 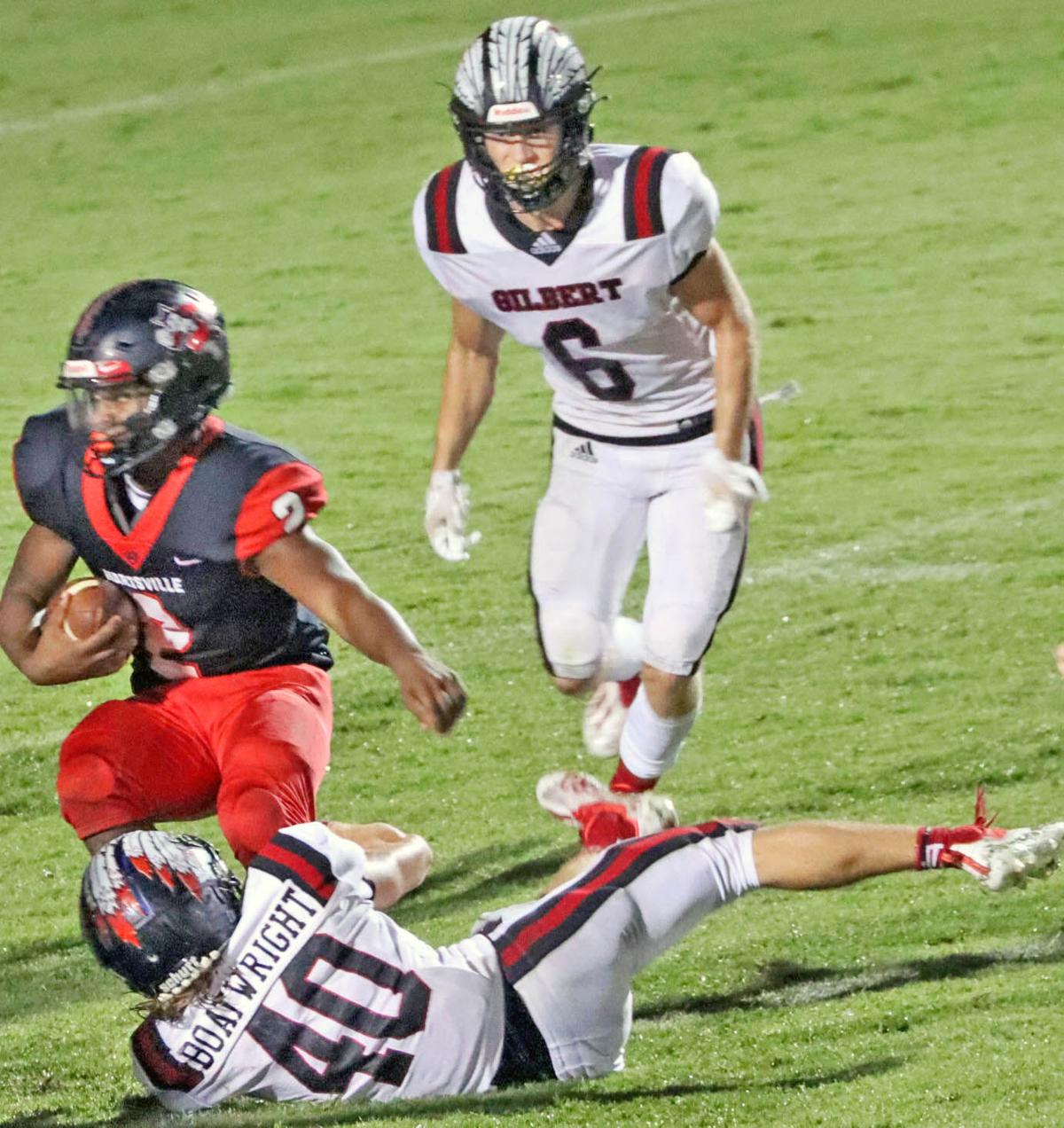 Gilbert’s Brenden Boatwright (40) makes first contsact with Hartsville running back J’Shawn Anderson (1), which helps prevent him from crossing the goal line Friday for the winning, two-point conversion with 15.7 seconds left in the game. 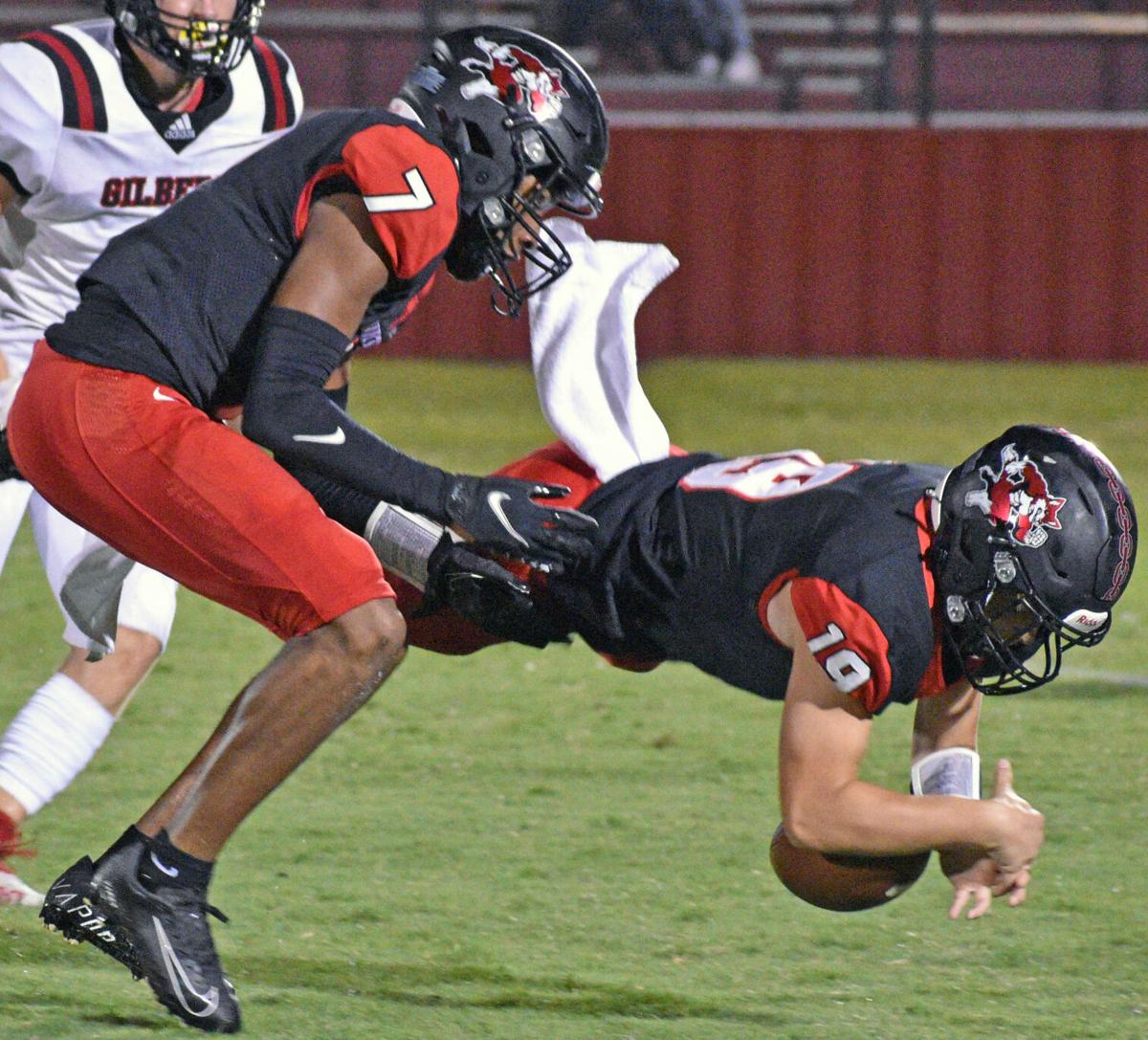 Hartsville’s Jackson Moore (19) dives to recover the punt that was blocked by teammate Treion McFarland. Near Moore on the play is Justin Canty (7). 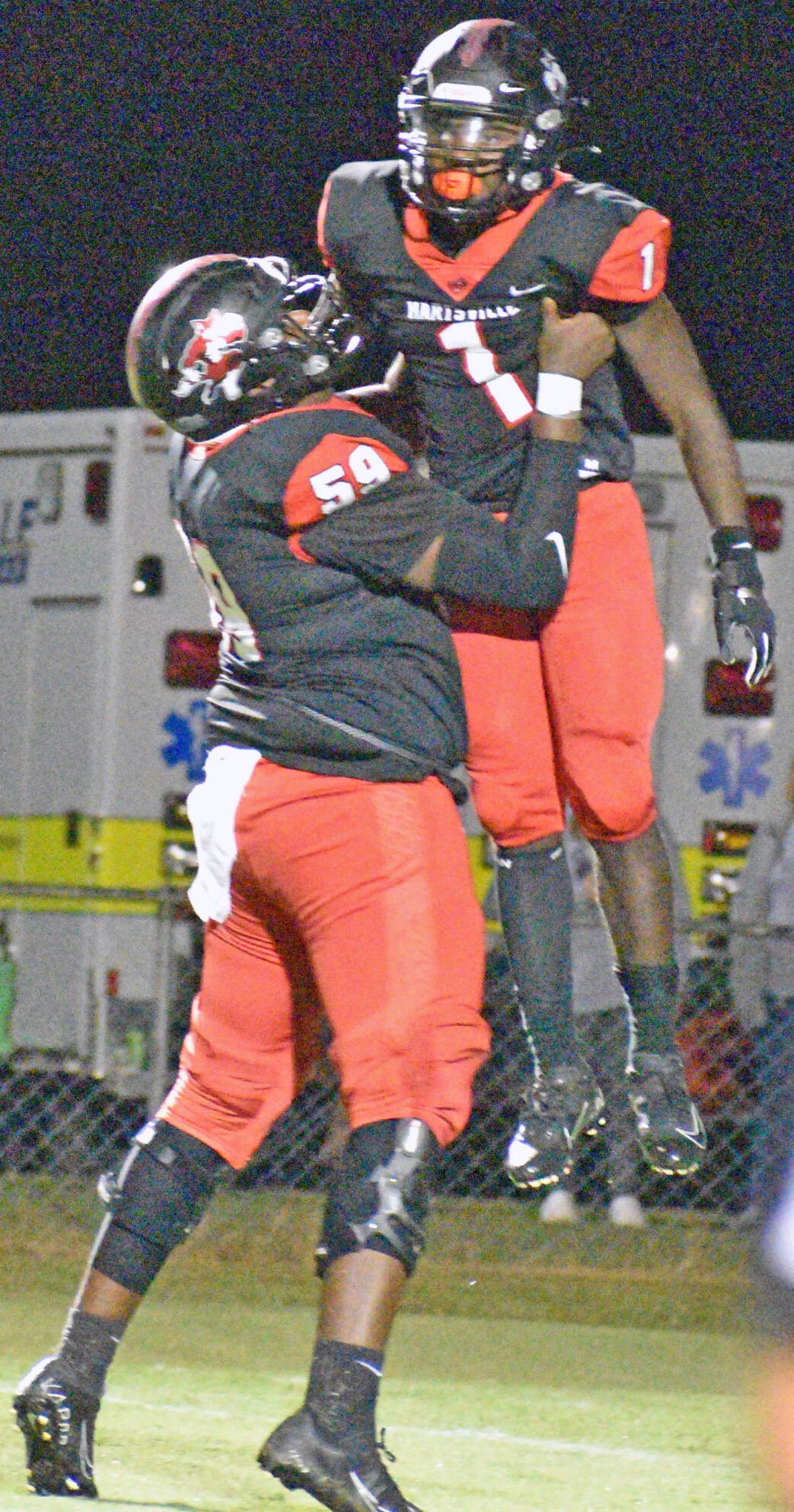 HARTSVILLE, S.C. − Gilbert stopped Hartsville’s J’Shawn Anderson’s two-point try at the goal line with 17.5 seconds left, and the Indians left Kellytown Stadium with a 48-47 win and a collective sigh of relief.

It was Anderson who gave the Red Foxes a chance to win late in the first place, scoring from the 1 to set up that two-point try. Rather than direct his team to attempt the point-after kick and possibly send the game into overtime, Hartsville coach Jeff Calabrese wanted to win it right there.

But Gilbert’s Brenden Boatwright was the first to get his hands on Anderson, and the running back never crossed the goal line.

“We made too many mistakes,” Calabrese said. “If you want to beat good football teams, you’ve got to clean all this stuff up.”

After Hartsville built a 14-7 lead in the first quarter on two Anderson touchdowns, that lead increased to 21-7 on Da’Marion Coe’s 79-yard run. The Red Foxes’ lead remained at double digits at halftime after a 58-yard run by Anderson set up McDaniel’s first score to make it 28-13.

But Gilbert’s defense tightened its grip in the third quarter, and Graham-Newberry revved his performance to another level, helping his team to a 21-0 surge that carried the Indians to their first lead.

“In the third quarter, we were nonexistent,” Calabrese said. “It’s our job to move the football.”

Once the fourth quarter started, Hartsville regained its momentum on offense. McDaniel darted one way toward the line, then shifted direction before scoring on a 36-yard run that gave Hartsville a 35-34 lead.

All Graham-Woodberry did after that, however, was score on a 74-yard run to give the Indians the lead right back at 40-35.

Hartsville responded on the ensuing drive, converting two third-down tries, and Anderson raced to the goal line from 16 yards. He fumbled before crossing the goal line, and teammate Roddi Morris recovered it in the end zone, and the Red Foxes again led, 41-40, with 5:04 left in the game.

Jennings then opened up the Indians’ offense, completing a 33-yard pass to Gage Gunter on third and 7. Later in the drive, on third and 8, Gunter dived to make a catch for a 21-yard gain. Then, with 1:48 left, none other than Graham-Woodberry scored, and Jennings found Leaphart again for a two-point conversion to make it 48-41.

With 1:49 left, Hartsville had a chance to win it. Using the same, shifting move that helped him score a TD earlier Friday, McDaniel ran 29 yards to the Indian 24. Red Fox quarterback McKendrie Douglas then found Morris on a quick slant for 11 yards to the 10.

After Anderson carried the ball to the 3, Hartsville stalled − that was, before Anderson scored from the 1 on fourth and goal to bring his team within one.

But within one is where Calabrese’s team remained after not converting the two-point try.

“We couldn’t stop them, and we felt like we had a really good play (on the two-point try). I felt like if we executed it, we’d have a chance to win. But we didn’t, and we lose,” Calabrese said.

Hartsville is 0-3, but those three losses were against non-region teams. The Region 6-4A schedule starts this Friday at North Myrtle Beach.

“There are always positives to take from games,” Calabrese said. “We’ve got kids that were competing. We were competing down to the wire. We’ve played two, back-to-back really tough games. Our kids are getting experience when the clock is ticking down.

“Obviously none of this matters, because region play starts next week,. And we have to take things from this and learn from it and be a better football team. We have the ability, we just haven’t been able to put it together yet.”

Gilbert’s Brenden Boatwright (40) makes first contsact with Hartsville running back J’Shawn Anderson (1), which helps prevent him from crossing the goal line Friday for the winning, two-point conversion with 15.7 seconds left in the game.

Hartsville’s Jackson Moore (19) dives to recover the punt that was blocked by teammate Treion McFarland. Near Moore on the play is Justin Canty (7).