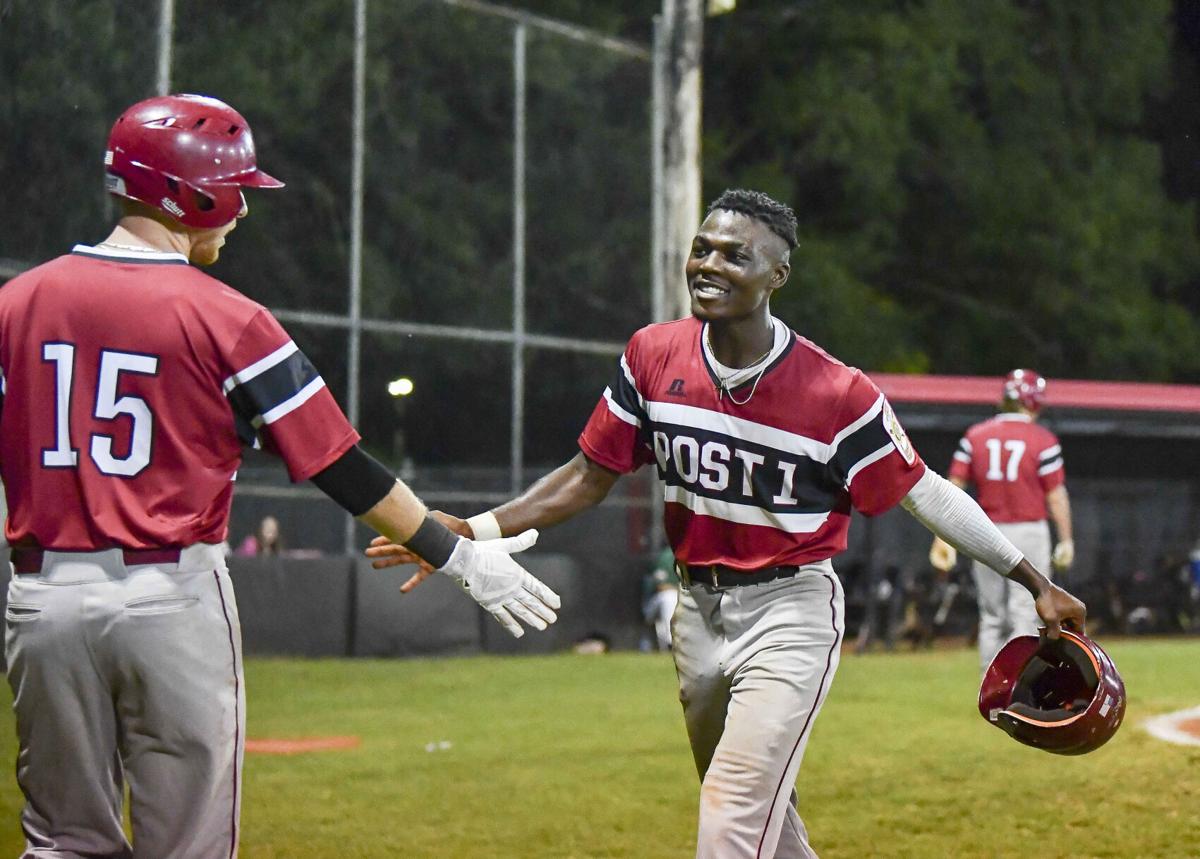 D.P. Pendergrass is a baseball star not only for Hartsville High School, but for Florence Post 1. On Wednesday, Pendergrass signed to play baseball for the University of South Carolina. 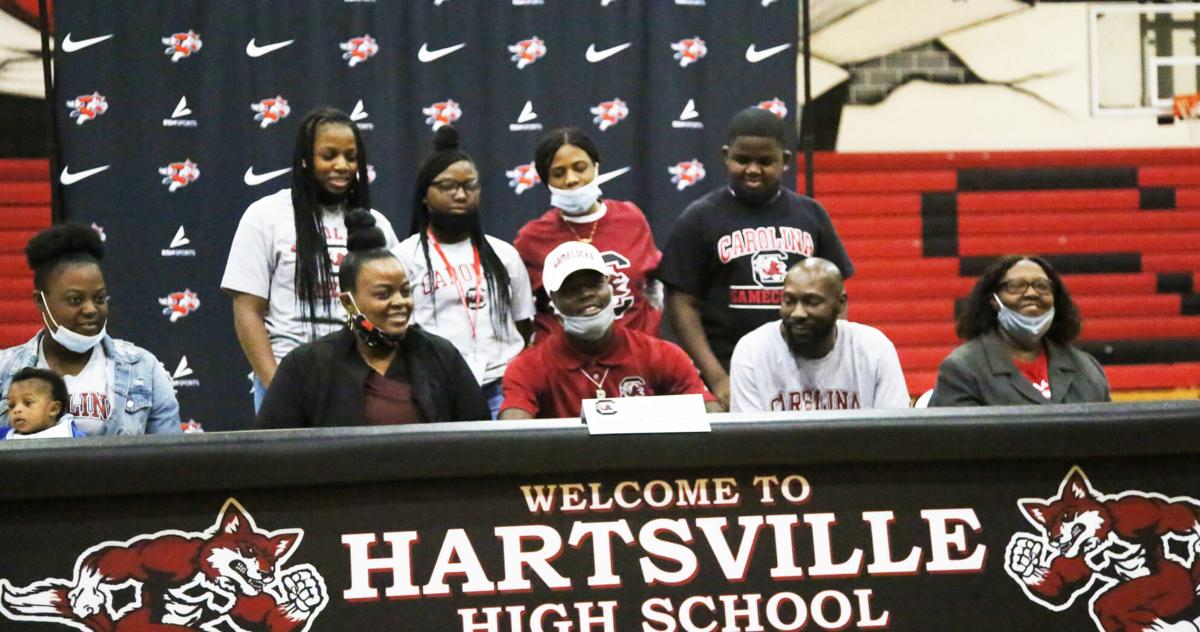 Hartsville's D.P. Pendergrass (center) signed to play baseball at the University of South Carolina during the recent signing period and celebrated with a ceremony at the school Thursday.

After verbally committing in summer 2019 to play baseball at the University of South Carolina, the Hartsville senior could finally sign his national letter of intent and fax it off to the Gamecocks.

“It’s a pretty good feeling. The best feeling, I think,” Pendergrass said. “Not everybody can have the opportunity to sign with a school like that. And I feel like I can leave a mark and make my name big there one day.”

In between football and baseball season, there’s now really nothing Pendergrass can worry about. The next step is celebrating his signing in the near future in a ceremony with other Red Fox athletes.

“This takes a little bit of weight off. Now, I can just ball out and wait until it’s my turn,” Pendergrass said.

Pendergrass was one of two Hartsville athletes Wednesday to sign an NCAA Division I scholarship. The Red Foxes’ Cesare Edwards signed to play basketball at Xavier.

Although Pendergrass was courted by Clemson first to possibly play for the Tigers, he was sold on the Gamecocks once they turned their attention toward him.

“A couple of years ago, I remember Trae Hannibal committing (and signing to play basketball) with USC,” Pendergrass said. “And (former football teammate) Tiyon Evans might play football there. That, to me, makes it feel like home. Also, I watched the baseball team growing up and remember them winning back-to-back College World Series.”

Pendergrass, also a Hartsville football star, was asked if he would try to also play football for the Gamecocks.

“It’s up in the air,” said Pendergrass, who signed on as an outfielder with USC.

After not getting to play a full high school baseball season last spring because of the pandemic, Pendergrass was one of Florence Post 1’s standouts during its summer-league play.

Now, Pendergrass has one more season this spring to play under Red Foxes baseball coach Tony Gainey, who is one win away from career win No. 200.

“Playing at Hartsville has made me a better man,” Pendergrass said. “I made some great friends here, and there are also a lot of great athletes, from Owen Taylor to Tical McFarland. We compete against each other, and (Gainey) has made us work really hard.

“And today, after signing, this made all that worth it.”

FLORENCE, S.C. – No matter which way Executive Director Neal Zimmerman and the Boys & Girls Clubs of the Pee Dee Area went, they always hit a wall.

SUMMERTON, S.C. — The Hartsville boys' basketball team’s Cesare Edwards scored 11 points in the 51-34 loss to Sumter at the Zaxby’s Tip-Off at…

NORTH CHARLESTON, S.C. — When a state championship is out of reach, a team can either wilt or try for at least one positive memory.

D.P. Pendergrass is a baseball star not only for Hartsville High School, but for Florence Post 1. On Wednesday, Pendergrass signed to play baseball for the University of South Carolina.

Hartsville's D.P. Pendergrass (center) signed to play baseball at the University of South Carolina during the recent signing period and celebrated with a ceremony at the school Thursday.