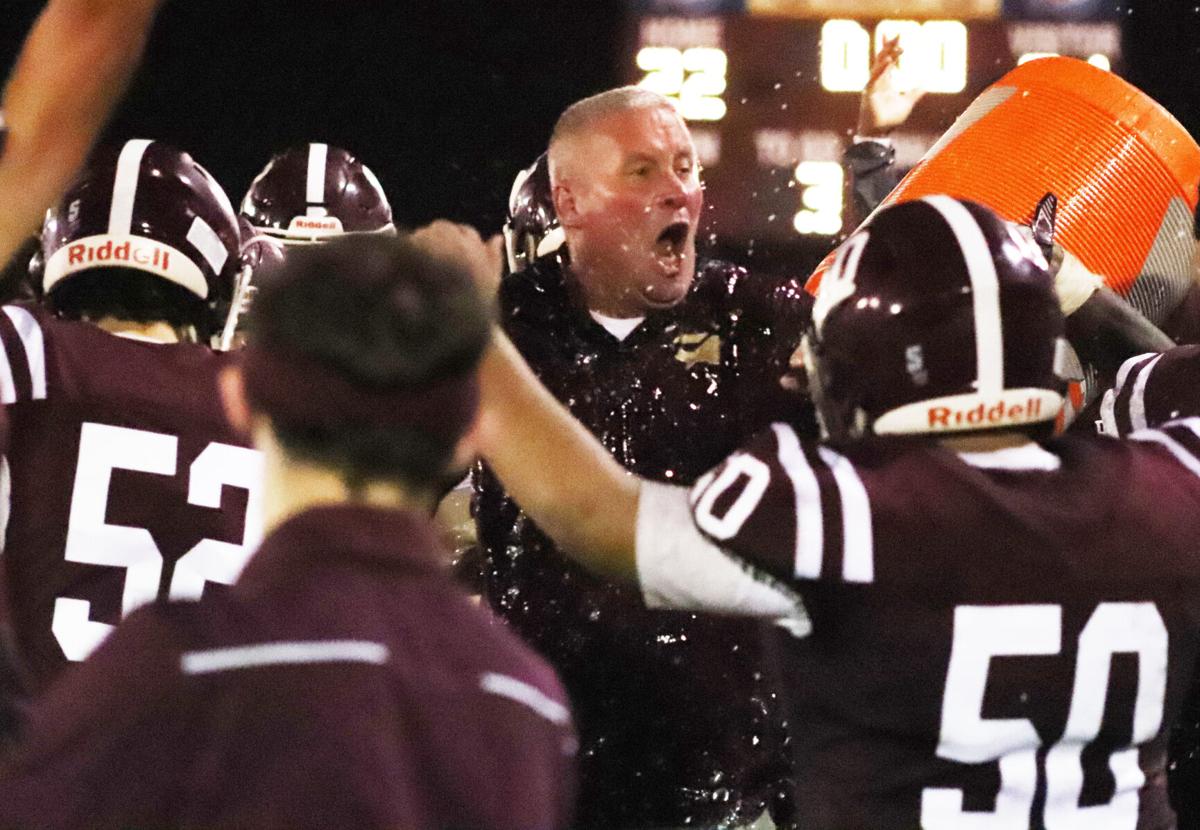 T.J. Joye, The Carolina Academy coach and newly elected Florence County Sheriff, is doused with the Gatorade cooler Friday following the Bobcats' 22-21 victory over Orangeburg Prep in the SCISA 2A state semifinals. TCA will now face Hilton Head Christian Academy for the championship at noon Saturday at Charleston Southern University. 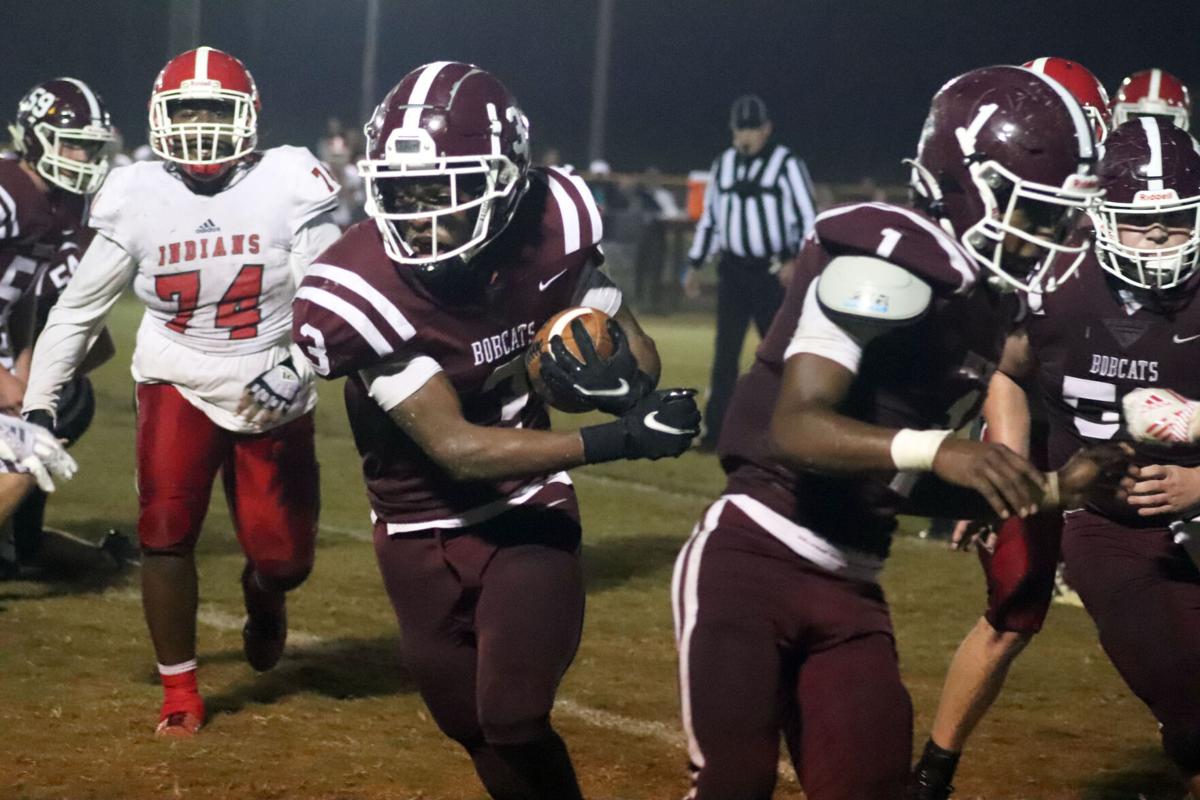 The Carolina Academy's George Wilder (3) breaks off a run in the Bobcats' playoff victory over Orangeburg Prep.

“This is my last home game,” The Carolina Academy coach said Friday night as he looked around Buddy Wallace Field.

But the newly elected Florence County Sheriff has one more game to coach – and possibly a storybook ending to write.

Austin Brown and George Wilder combined for three touchdowns, and a fateful missed extra point by Orangeburg Prep proved pivotal as the Bobcats held on for a 22-21 victory to advance to the SCISA 2A state championship game.

The Bobcats probably will need one more big game from Brown, Wilder and the running attack in order to win the championship. Brown had only 44 yards on 20 carries, but his two first-half touchdowns were enough to help TCA build a 16-7 lead at the break.

“Running backs – we ran downhill and got some big 4-yard gains, 5-yard gains,” Brown said. “That helped us out a lot.”

Wilder added 90 yards and the decisive score in the fourth quarter while quarterback Matthew Joye finished with 49 yards to give the Bobcats 183 yards on the ground.

“We struggled up front somewhat, and we’ve got to do a better job there,” coach Joye said. “Controlling the ball is what I was really concerned with, but all-in-all, the biggest thing was we really fought, and I was proud of them.”

Special teams were where the game wound up falling in the Bobcats’ favor. Wilder had an early 2-point conversion run and Matthew Joye found Matt Gaskins for another in the first half.

The 16-7 halftime lead didn’t last, however. Orangeburg Prep running back Dylan Wilson carried the bulk of the load for the Indians all night, and he found the end zone three times.

His second score cut the deficit to 16-13, and it stayed that way after a botched extra point attempt. That proved costly for Orangeburg Prep, which got within 22-21 after Wilson’s third TD and a 2-point conversion of its own with 4:56 remaining in the game.

But Brown, Wilder and company made sure the Indians never touched the ball again. A penalty and two rushing first downs sealed the victory for the Bobcats as the celebration began even before the final seconds ticked off.

It was a gritty, grind-it-out performance, coach Joye said. TCA fumbled the ball four times but lost it just once. The first miscue might have cost the Bobcats an early touchdown, but they negated their only turnover of the game on the next play when senior linebacker/offensive lineman Kohl Coker picked off an attempted halfback pass that was tipped at the last second.

The TCA defense also held the Indians to 143 yards rushing and minus-18 yards passing. Only 11 passes were attempted combined, with Matthew Joye throwing for 55 yards.

“It was old-school offense,” coach Joye said. “My hat's off to coach (Andy) Palmer. They do a great job over there, and they’re a good football team.

“We just really fought tonight, and I fell very blessed.”

LAKE CITY, S.C. −The Carolina Academy Bobcats defeated the Orangeburg Prep Indians 22-21 on Friday evening to advance to the SCISA 2A state ch…

T.J. Joye, The Carolina Academy coach and newly elected Florence County Sheriff, is doused with the Gatorade cooler Friday following the Bobcats' 22-21 victory over Orangeburg Prep in the SCISA 2A state semifinals. TCA will now face Hilton Head Christian Academy for the championship at noon Saturday at Charleston Southern University.

The Carolina Academy's George Wilder (3) breaks off a run in the Bobcats' playoff victory over Orangeburg Prep.