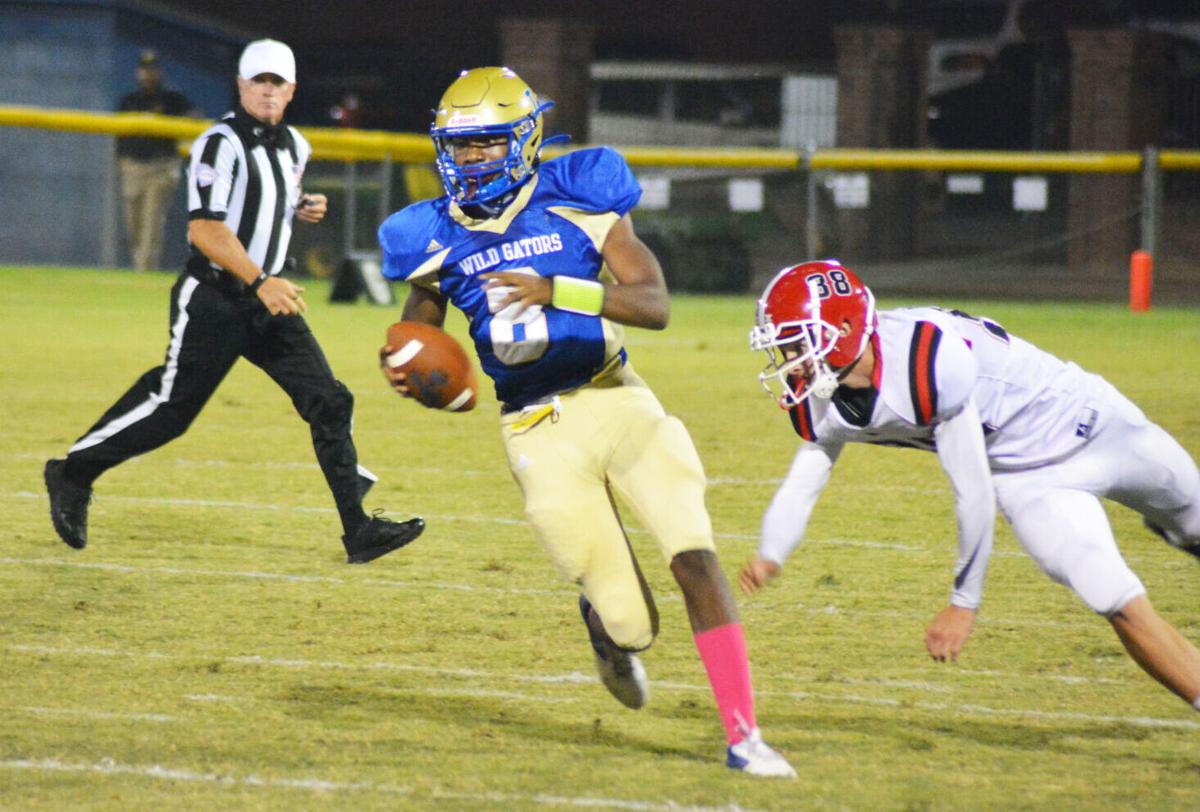 Lake View quarterback Derrick Bethea (8) and the Wild Gators are set to clash with Carvers Bay on Friday in a matchup of perennial 1A contenders. 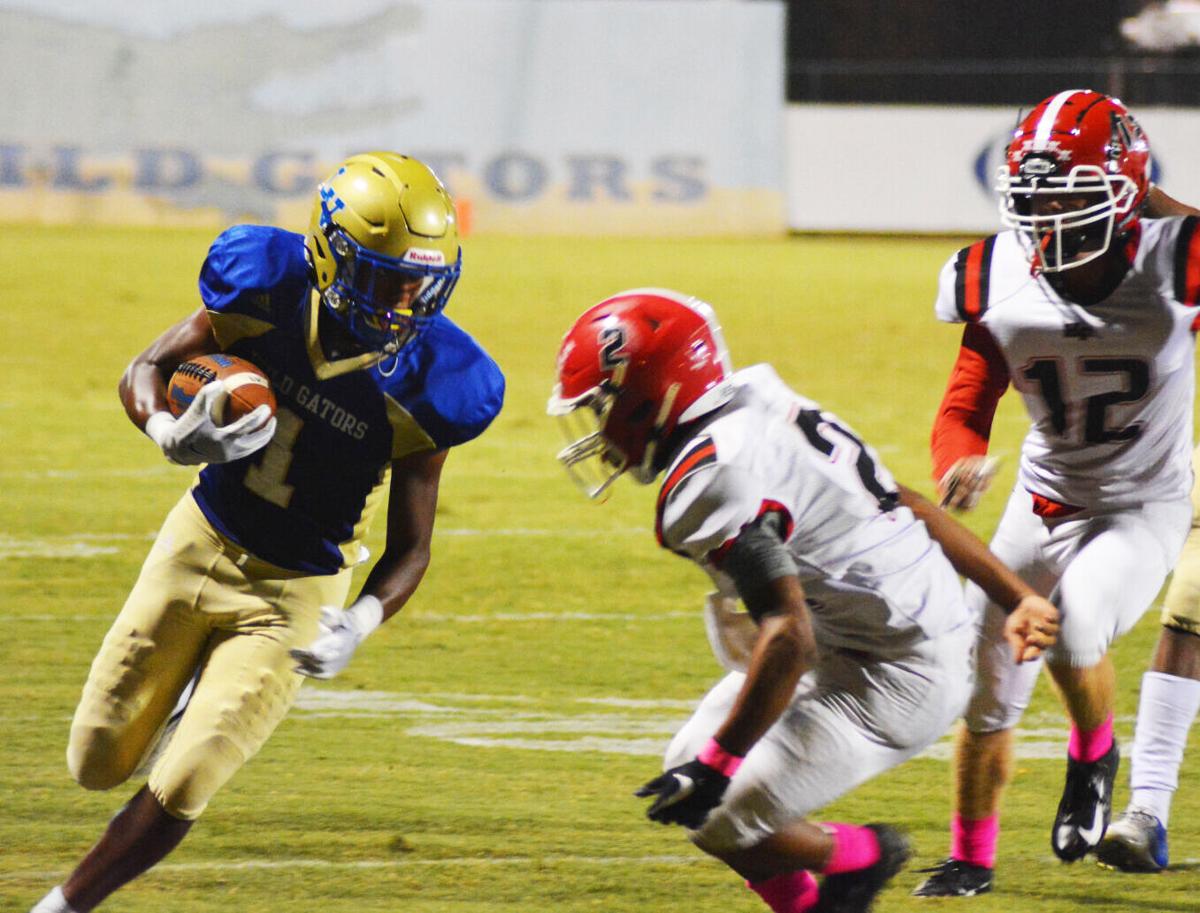 Lake View's Michael McInnis (1) is part of a strong Wild Gators rushing attack that will face off against a stout Carvers Bay defense Friday.

Lake View and Carvers Bay are certainly among that group, and the perennial contenders are looking to add 2020 to that list.

They’ll first have to deal with each other, however.

The Wild Gators and Bears meet at 7:30 p.m. Friday in Hemingway for a spot in the lower state final in a matchup that features two power running teams and stout defenses.

“I think what they like to do is run the football right at you, too,” said Lake View coach Daryl King, whose team is 6-0. “They’re a very good football team and well-coached. Big offensive line, quick (running) backs and a good quarterback.

The respect goes both ways, as Carvers Bay coach Matt Richard echoed many of those same sentiments.

“They’ve got one of the better running backs in the state, a strong offensive line and they’re well-coached,” said Richard, whose team is 6-1. “They’ve got a lot of veterans and a lot of weapons on offense, especially in the running game.”

Those include Ja’Correus Ford who had 838 yards and 10 touchdowns prior to last week’s playoff opener for the Wild Gators. Adarrian Dawkins, Michael McInnis, Treyvon Bellmon and quarterback D.J. Bethea have provided a steady diet of rushing yards and scores as well.

“We’ve got to be aggressive,” King said. “We’ve got to come off the line of scrimmage on defense and offense. We can’t sit back and wait or they’ll just swallow us up. ...

On defense, the Bears are allowing an average of just 9.1 points per game while averaging 24 on offense.

Carvers Bay’s rushing game has started to gain some momentum the last few weeks, Richard said, and that will hopefully open things up more in the passing game.

“Offensively, getting our running game going will be big,” he said. “Joshua Walker has started to turn it on as of late. If we can get him going, (quarterback) Kayshaun Brockington can put the ball in the air and try to get it to M.J. Bromell and some of our other playmakers.”

Bromell also stars in the Bears’ secondary, and they’ll look to him to help contain the running game and slow down any big pass plays by Bethea.

“We can’t make mistakes ourselves, and we have to stay disciplined,” Richard said. “We have a young secondary led by M.J. that has played really well this year, and I think they’re up to the task.”

They’ll face a tall task, as the Wild Gators are averaging 35.7 points per game while giving up only 11.7 per game.

“Everybody’s got to have good eye discipline on defense,” King said. “If you get lulled to sleep by the run, the next thing you know, they’ll hit you over the top. You’ve got to be on your keys and read what you’re supposed to be reading.”

FLORENCE, S.C. – One of Shawn Armstrong’s first assignments as the new South Florence High School strength and conditioning coordinator might have been the most daunting – and rewarding.

JOHNSONVILLE, S.C. — The Johnsonville Flashes went from worst to first in their Class 2A region, and Quez Lewis was a huge reason.

MARION, S.C. – If Marion needs short yardage, it needs the “Wildfox.” Not the “Wildcat,” which is the more common name for those short-yardage sets used to create mismatches for their star players by shifting them around and lining one of them behind center instead of the quarterback.

Marion football happy to have game postponed, not canceled

FLORENCE, S.C. — Today's SCHSL Class 2A state championship game between Marion and Abbeville has been postponed until 5 p.m. Dec. 18 at a site…

MARION, S.C. – Qua’Liek Crawford rushed for 203 yards and five touchdowns for Marion, which won 36-33 against Andrews in Friday’s SCHSL Class 2A lower-state final. The Swamp Foxes will now play Abbeville for the state crown at 5 p.m. Friday at Columbia’s Spring Valley High School.

COLUMBIA, S.C. – One phrase was brought up multiple times Tuesday during the online 1A state football championship press conference: “Well-coached.”

MARION, S.C. − When Randall State took over as Marion’s football coach, he wanted his program to have a role model.

Lake View quarterback Derrick Bethea (8) and the Wild Gators are set to clash with Carvers Bay on Friday in a matchup of perennial 1A contenders.

Lake View's Michael McInnis (1) is part of a strong Wild Gators rushing attack that will face off against a stout Carvers Bay defense Friday.