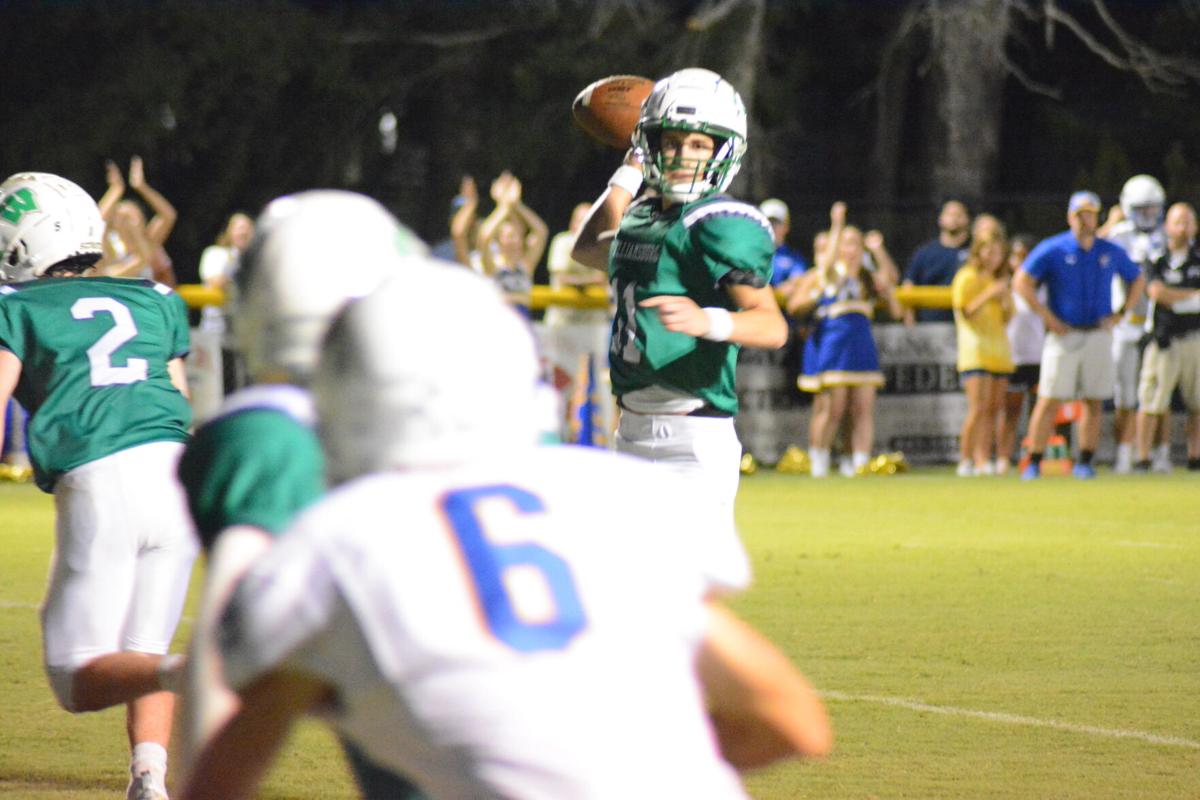 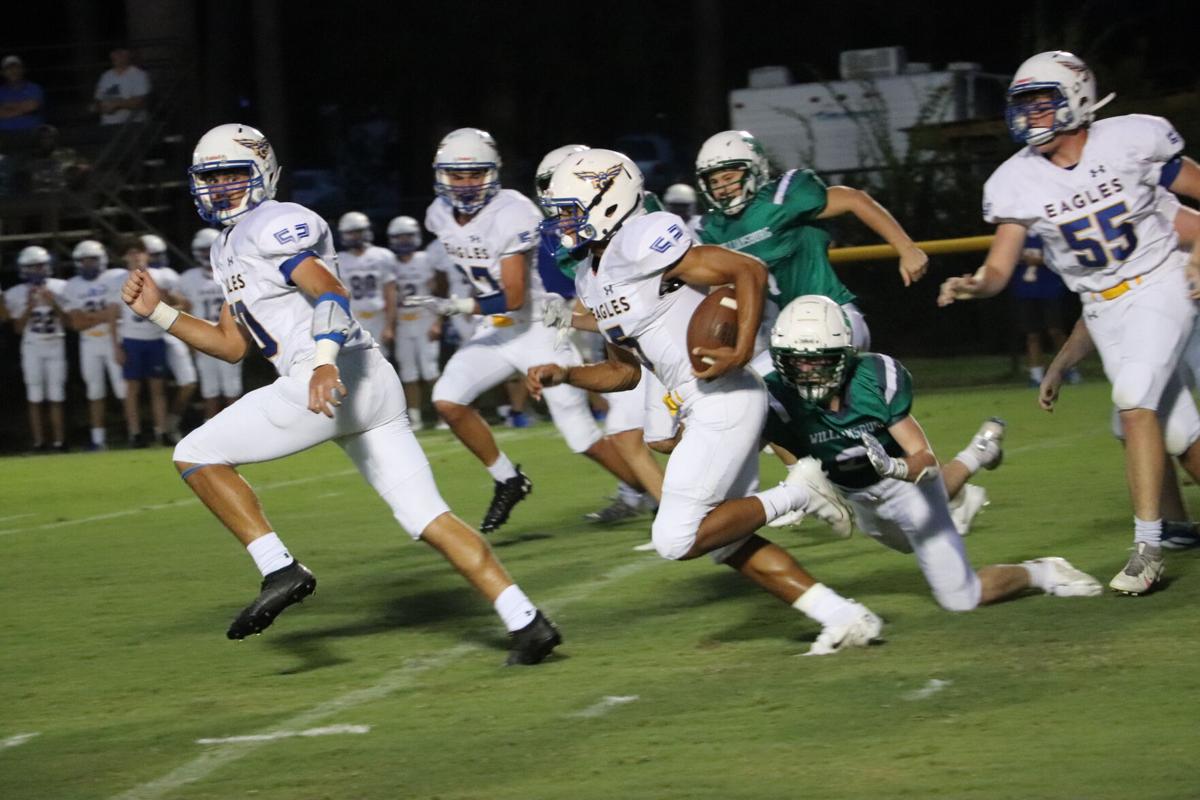 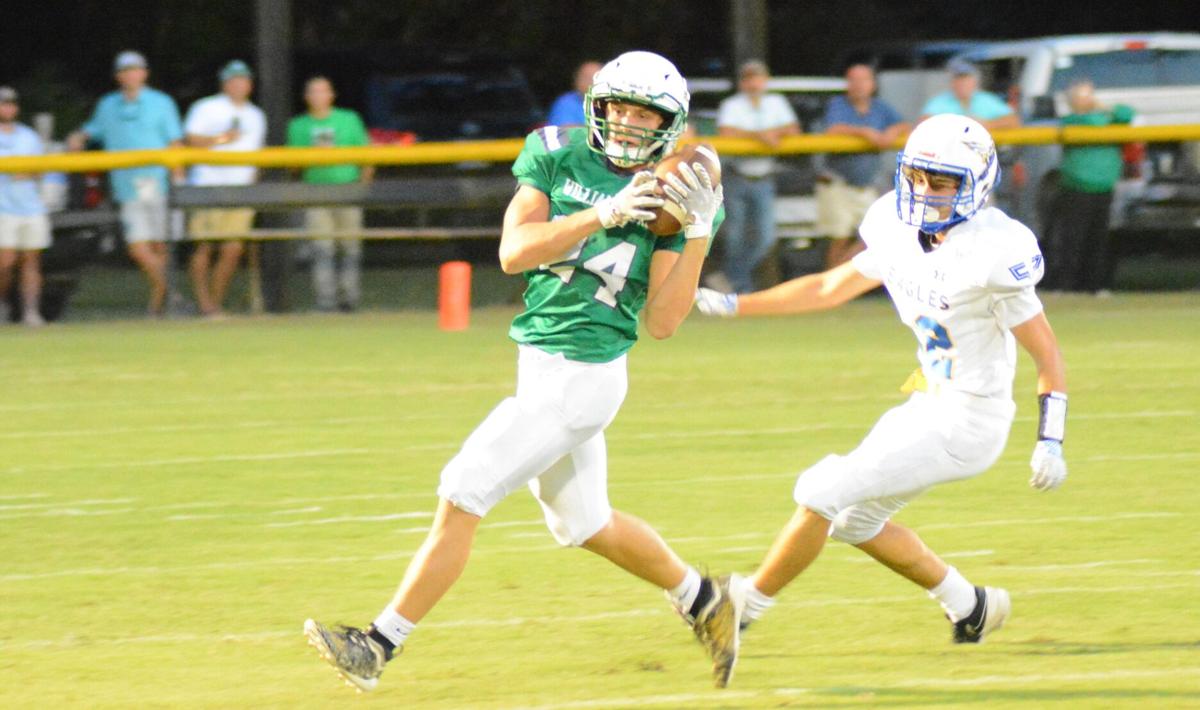 KINGSTREE, S.C. – Football is a game of inches, and that was never more evident than Friday night in Kingstree.

Williamsburg Academy survived not one but two plays inside its own 1-yard line where a score either way probably would have handed the Stallions their first loss of the season.

Instead, thanks to a 13-point fourth-quarter comeback and a game-saving tackle on a two-point conversion in overtime, Williamsburg Academy earned an improbable 27-26 overtime victory over the Florence Christian Eagles in a key SCISA Region 2-2A showdown.

The Stallions (2-0, 1-0) are not scheduled to take the field again until Sept. 24 at home against Thomas Sumter Academy. The Eagles (2-2, 0-2) will look to snap their two-game losing streak at home next week against Lee Academy.

“We got lucky there early (in the second half),” Williamsburg Academy coach Don Shelley said. “They took the ball downfield and fumbled down there tight. We just kind of made plays when we had to. We didn’t really play well, but we played hard.

“Especially there at the end. It was kind of like they weren’t going to be denied.”

The “lucky” break Williamsburg caught came toward the end of the third quarter. Leading 20-7 at the time, FCS methodically drove down the field on a 15-play drive that chewed up most of the clock and set the Eagles up with first and goal at the 1-yard line.

“We stopped ourselves the whole night,” Florence Christian coach Neil Minton lamented after the game. “… We drive it down to the 1 and fumble. Next drive, we fumble snaps multiple times, so we had to get out of what we were doing. We had to get out and get in the shotgun. Another penalty stalled a drive again. ...

“We played a pretty good game – just unfocused here and unfocused there, and they’re a good team and they made us pay. Give them credit, because they didn’t quit, and we gave them opportunities.”

Minton also highlighted the number of long-yardage conversions the Stallions were able to make throughout the night, specifically in the fourth quarter.

Wiliamsburg Academy quarterback Conrad Balder completed a 24-yard pass on fourth-and-11 during the Stallions’ first touchdown drive and also had an 18-yard strike on fourth-and-6 during their game-tying TD drive with less than two minutes remaining.

Balder finished 20-of-31 for 233 yards and the one touchdown, with Joe Kellahan catching eight passes for 103 yards.

“He’s just got … it,” Shelly said of his QB. “I don’t know what to say. There’s probably some bigger and stronger and faster, but he’s got a good mind for the game. He really does.”

Williamsburg actually had a chance to win the game in regulation, but a high snap on the PAT resulted in a miss by kicker Henry Swicord, who had caught a TD pass earlier in the quarter.

Swicord didn’t miss in overtime after Teague Ward’s 3-yard run put the Stallions on the board first. The Eagles responded with D.J. Huntley’s 1-yard plunge, but quarterback Juw-el Huntley was stopped short of the goal line on the ensuing two-point conversion run.

It was a bitter finish for the Florence Christian running game that had been dominant most of the night. Ethan Kelly ran for 230 yards and two scores, including an 85-yarder in the first quarter. Juels Huntley also ran for 93 yards.

NEXT GAMES: Florence Christian will host Lee Academy next Friday. Williamsburg Academy is not scheduled to play again until Sept. 24, when it will host Thomas Sumter Academy.

KINGSTREE, S.C. − Rallying from 13 points down in the fourth quarter, Williamsburg Academy pulled off a 27-26 victory over Florence Christian …