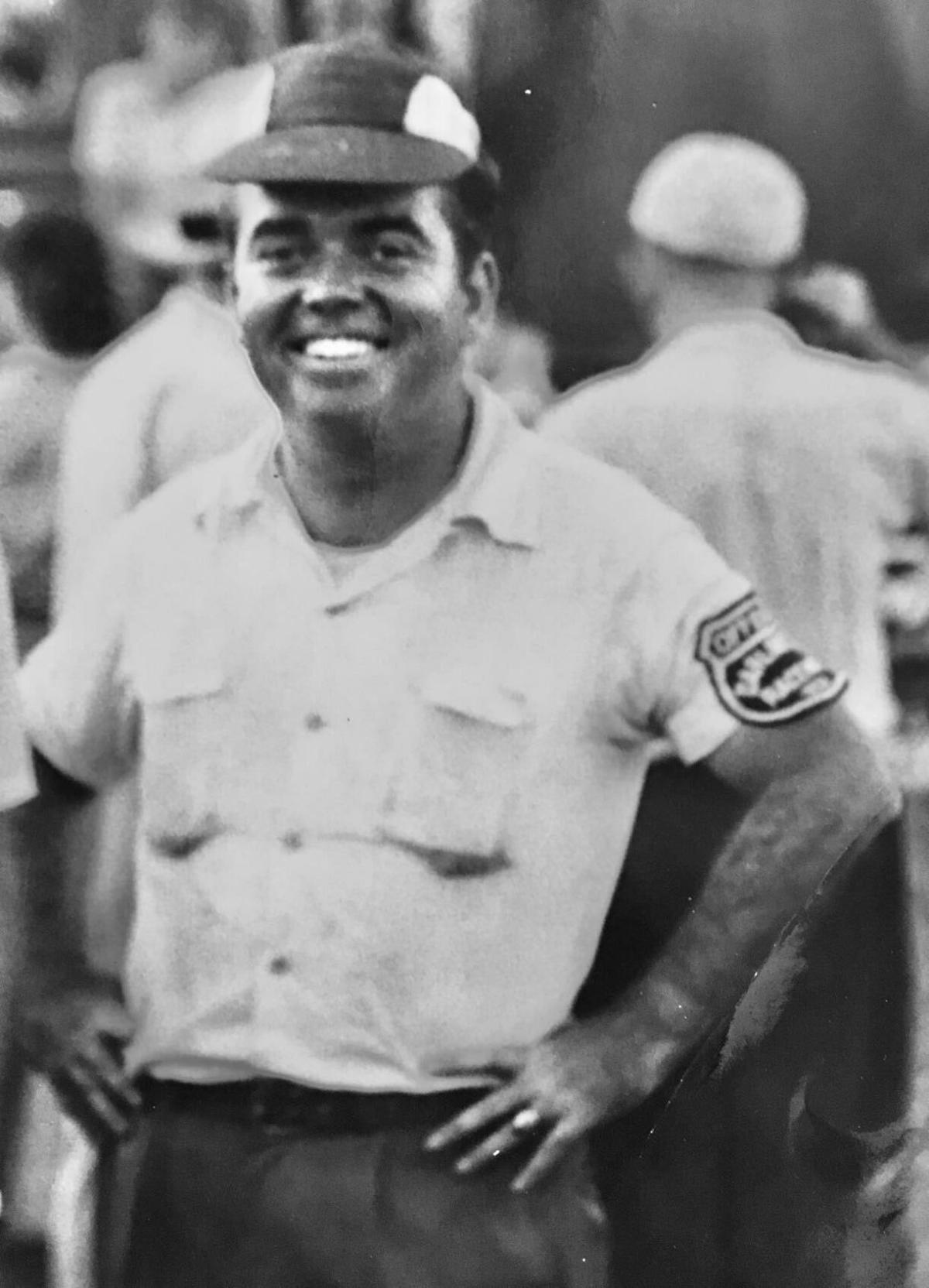 Bobby Griffin went from being the sales manager at Florence-based Griffin Motors to a big player in the early NASCAR scene. 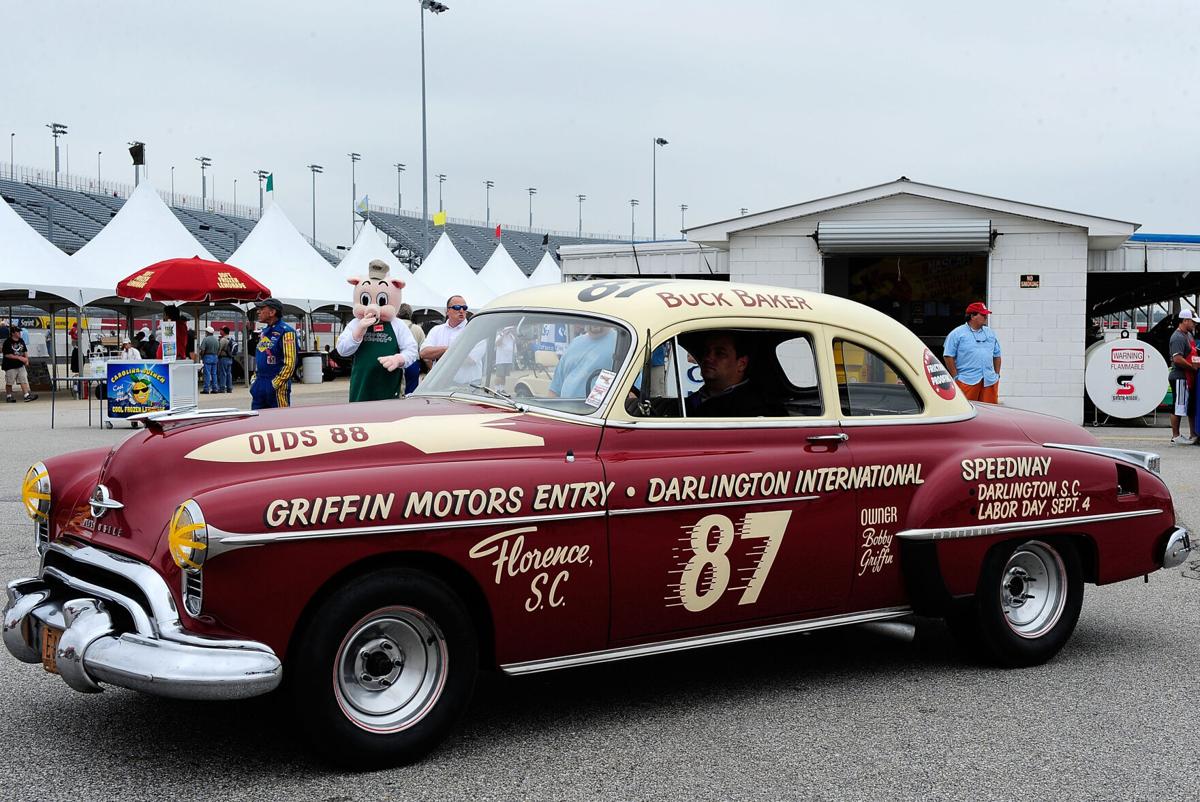 Here is a replica of the first entry to the first Southern 500 in 1950. It was owned by Bobby Griffin, sponsored by Griffin Motors and raced by future NASCAR Hall of Famer Buck Baker.

This building for Griffin Motors, shown now, was built in the early 1950s at 329 N. Irby St. in Florence. 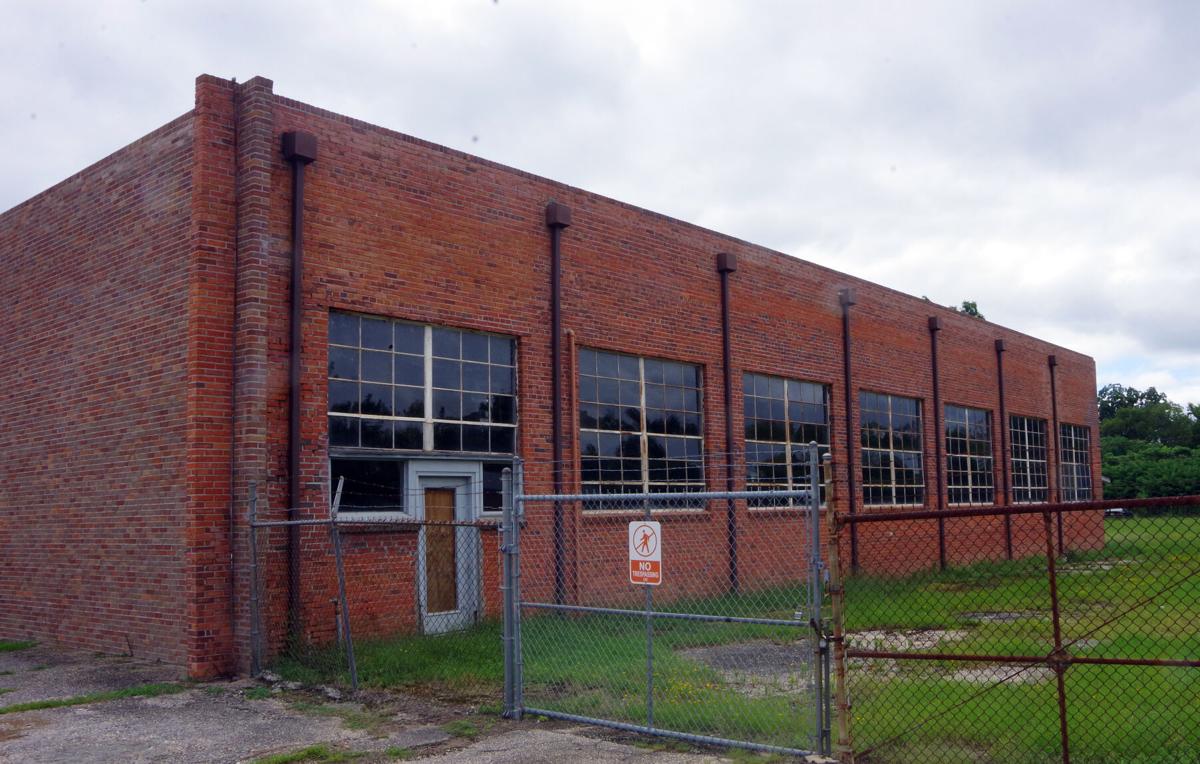 The Griffin Motors building served as an Oldsmobile dealership and service shop until 1962. On Oct. 2, 2018, the building became listed in the National Register. 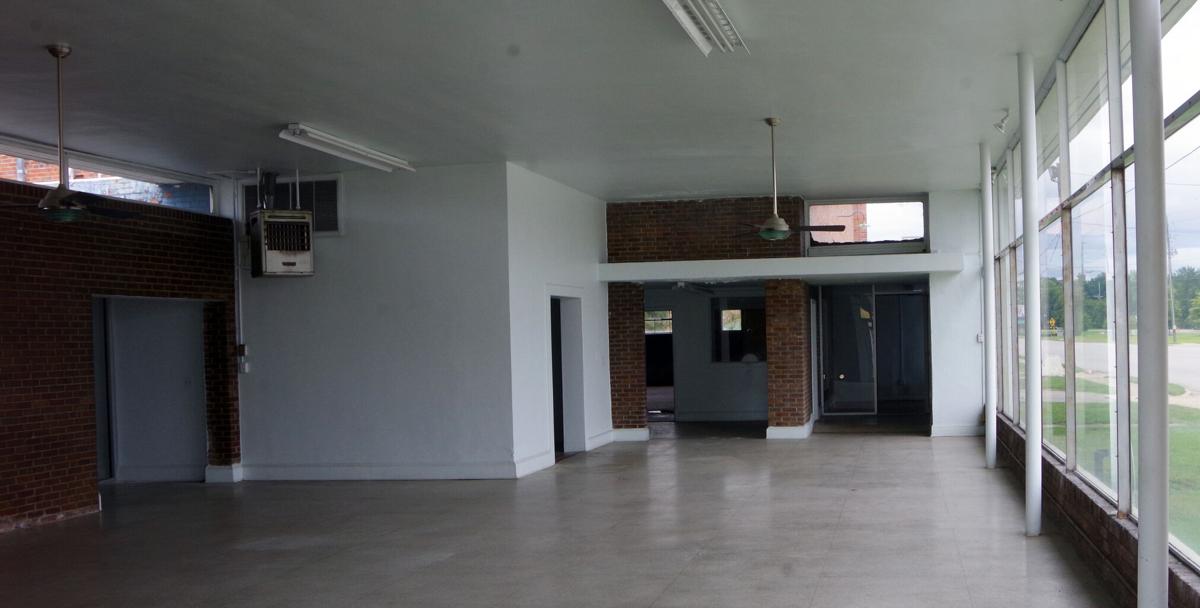 FLORENCE, S.C. – Even before today’s fascination with posting emojis or gifs on social media instead of actual words, Marshall Griffin might have been a trailblazer in that area.

If one looks at any social media posts by him, they’re of photos.

Of not yesterday, but yesteryear with landmark moments involving Griffin Motors and NASCAR.

Or, it could be a photo of that “Roarin’ Relic,” an Oldsmobile that stormed along NASCAR’s beach course and was driven not only by Baker but drivers like Hall of Famer Lee Petty, the father of seven-time Cup champion Richard Petty.

They say a picture is worth a thousand words, and Marshall believes that for more reasons than one.

“It’s good to add a little bit of color to it,” he added. “Nothing wrong with that at all. Here’s a unique way to look at it: Most of the photos of that era are in black-and-white. But if you were there in reality, you saw it in color.”

It all started at what was then a Florence car dealership known as Griffin Motors. Marshall’s grandfather, Rob Griffin, bought into an Oldsmobile company on Florence’s Front Street in 1942 (a new building for Griffin Motors was built in the early 1950s at 329 N. Irby St.). Bobby, its sales manager, elevated the company on the NASCAR scene with his connections. And Marshall’s father, Tommy Griffin, was the dealership’s service manager.

Marshall, who was born in 1955, relishes that family connection as he shares it.

“The best way that I can substitute not being there at the beginning of this is to gather as much history on that era when Griffin Motors got involved with racing before my time,” Marshall said.

Before he thrust Griffin Motors onto the NASCAR scene, Bobby Griffin was a World War II hero with honors such as the Silver Star, two Bronze Stars, four Purple Hearts and a P.O.W. Medal.

After that, Bobby took it from there.

“He easily made friends,” Marshall said. “The success of Griffin Motors Racing was my Uncle Bobby’s personality. My dad and my grandfather kind of rode in on the coattails of that.

“Bobby was the one that was single, wasn’t married,” Marshall added. “And, he was the state commander of the VFW and was about Southern hospitality. Anybody that met Bobby just on a handshake and gentleman’s agreement made friends. And that lasted throughout his racing existence.”

First, Griffin Motors sponsored that 1950 Southern 500 first entry, driven by Buck Baker (finished 69th out of 75 cars). Bobby got such a thrill out of that, he wanted to experience Daytona's beach course in 1951, and that's when the Roarin' Relic came into play for a modified-sportsmen race along the 4.1-mile odyssey which was half on the beach, and the other half on Daytona Beach's Ocean Blvd. But that 1950 Southern 500 car joined the Roarin' Relic on the weekend trip to Daytona that year with a Sportsmen's race on a Saturday, and a Grand National Race the next day. Baker raced both that weekend, placing fifth in the Grand National event (now known as the Cup Series).

The actual Roarin' Relic -- the first car placed into what is now known as the Darlington Raceway Stock Car Museum -- is now in Daytona Beach's Motorsports Hall of Fame of America, and the 1950 Southern 500 replica car is in Marshall's Columbia garage and bound for the Darlington museum when it opens back up.

But back to the Roarin' Relic in its day.

On a same weekend Petty and Paul Goldsmith won in different Grand National cars at Daytona, they also raced the Roarin’ Relic in the NASCAR Modified-Sportsmen’s races.

“How many cars raced competitively in a NASCAR division from 1951-61, same body and all? That in itself is pretty awesome, to say the least,” Marshall said.

Although the 1950 Southern 500 car was owned by Bobby Griffin, Griffin Motors would simply sponsor a car in later years, with the cars carrying its name on the hood.

“He won that race from the pole, so that was a lot of advertising because of having Griffin Motors on the hood,” Griffin said. “For the business, it was win on Sunday, sell on Monday.”

“If you had to pick the years, 1952 and ’53 were the biggest for us because of the Southern 500 wins,” Griffin said. “That’s a pretty strong three years, especially when you’re racing Hudson Hornets along the way. You don’t get much more top-tiered than that. That’s like Hendrick Motorsports.”

Meanwhile, competitors also grew to embrace Griffin Motors, using it as a body shop for their own cars. And in return, Griffin Motors would get a sponsorship nod.

The building served as an Oldsmobile dealership and service shop until 1962. And on Oct. 2, 2018, that Irby Street location became listed in the National Register.

The building is now owned by Adams Outdoor Advertising.

But the legacy of Griffin Motors will live on.

Crazy endings like the one to Elliott are common in NASCAR

Bobby Griffin went from being the sales manager at Florence-based Griffin Motors to a big player in the early NASCAR scene.

Here is a replica of the first entry to the first Southern 500 in 1950. It was owned by Bobby Griffin, sponsored by Griffin Motors and raced by future NASCAR Hall of Famer Buck Baker.

This building for Griffin Motors, shown now, was built in the early 1950s at 329 N. Irby St. in Florence.

The Griffin Motors building served as an Oldsmobile dealership and service shop until 1962. On Oct. 2, 2018, the building became listed in the National Register.