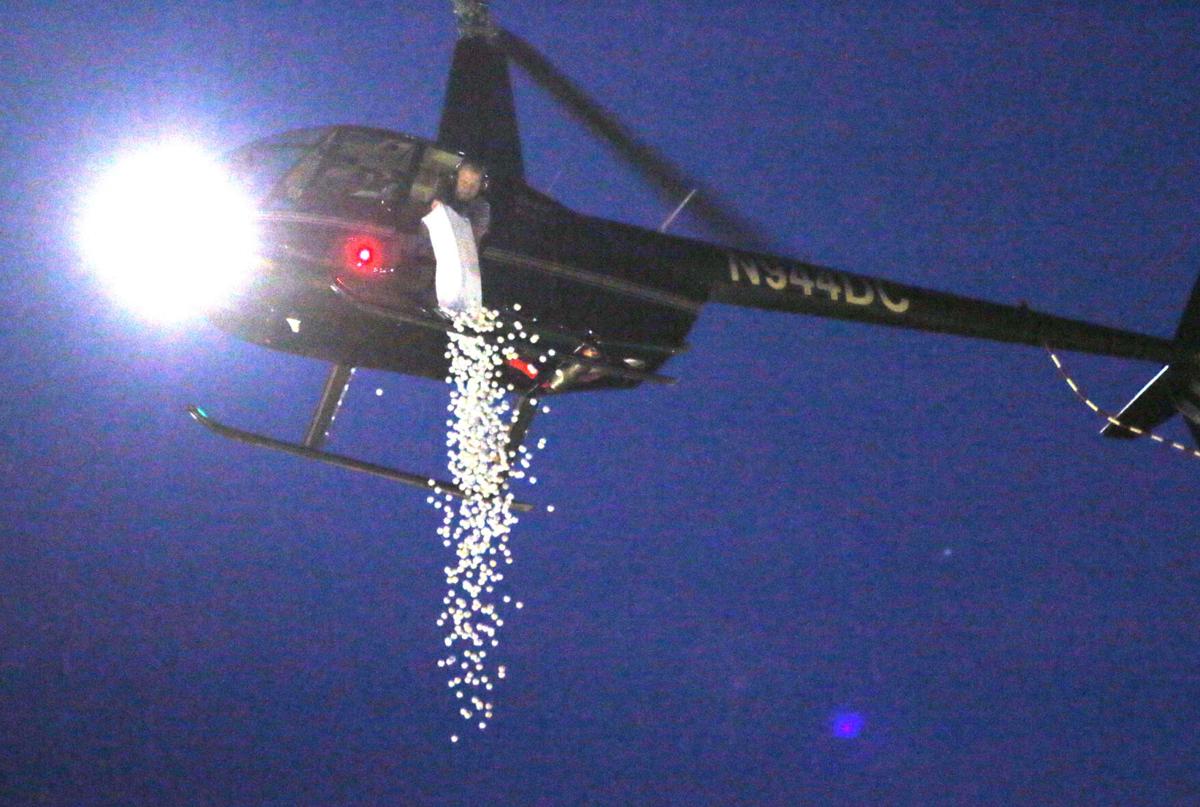 Pee Dee Academy Booster Club held its 2nd Annual Golf Ball Drop fundraiser, pouring down more than 4,000 golf balls from a helicopter over the school’s softball field. Organizers and students raised $40,150 for the school’s athletic programs. The golf ball landing closest to the flag resulted in a 20 percent share to the winner. 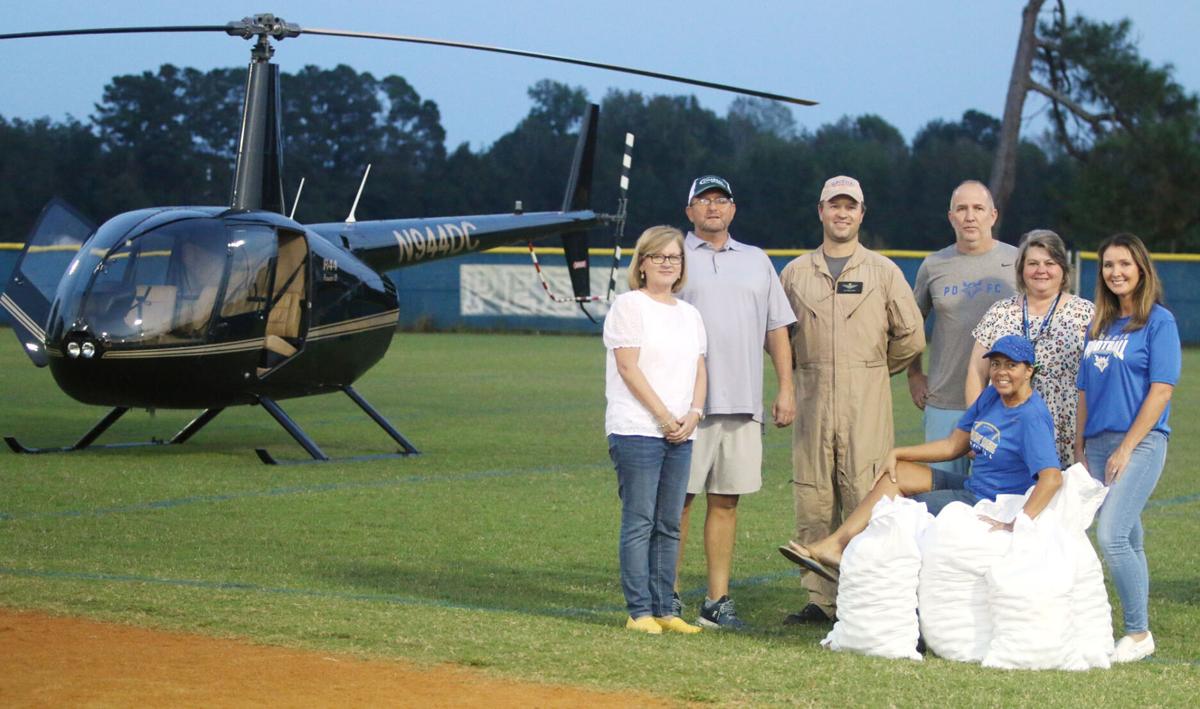 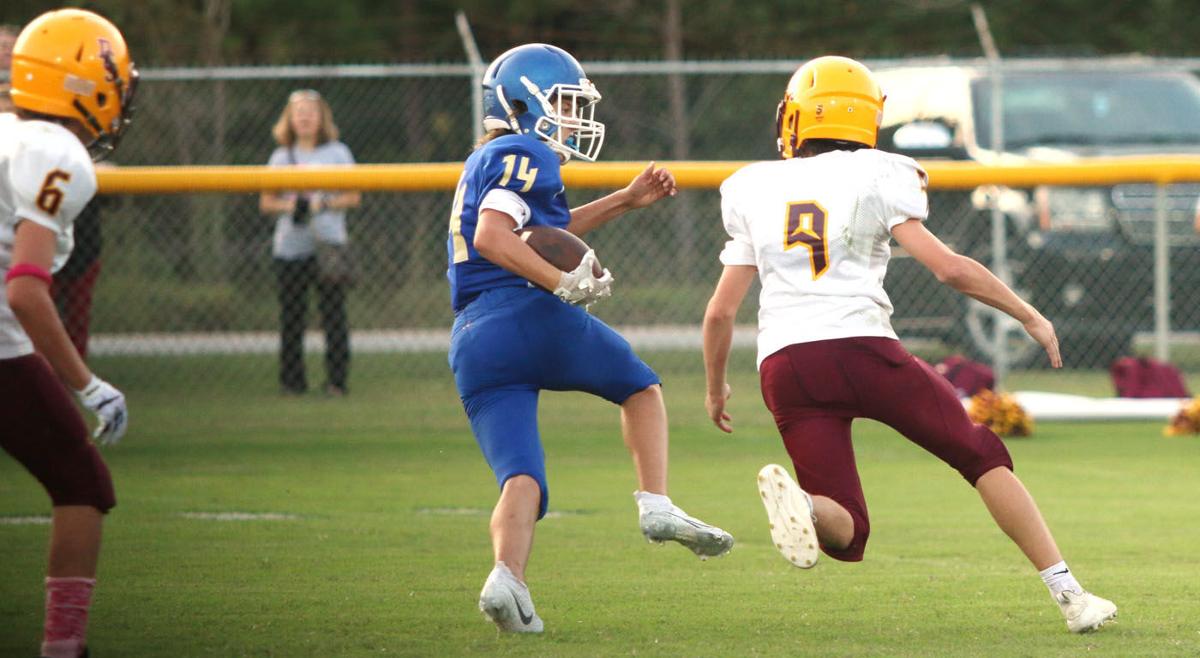 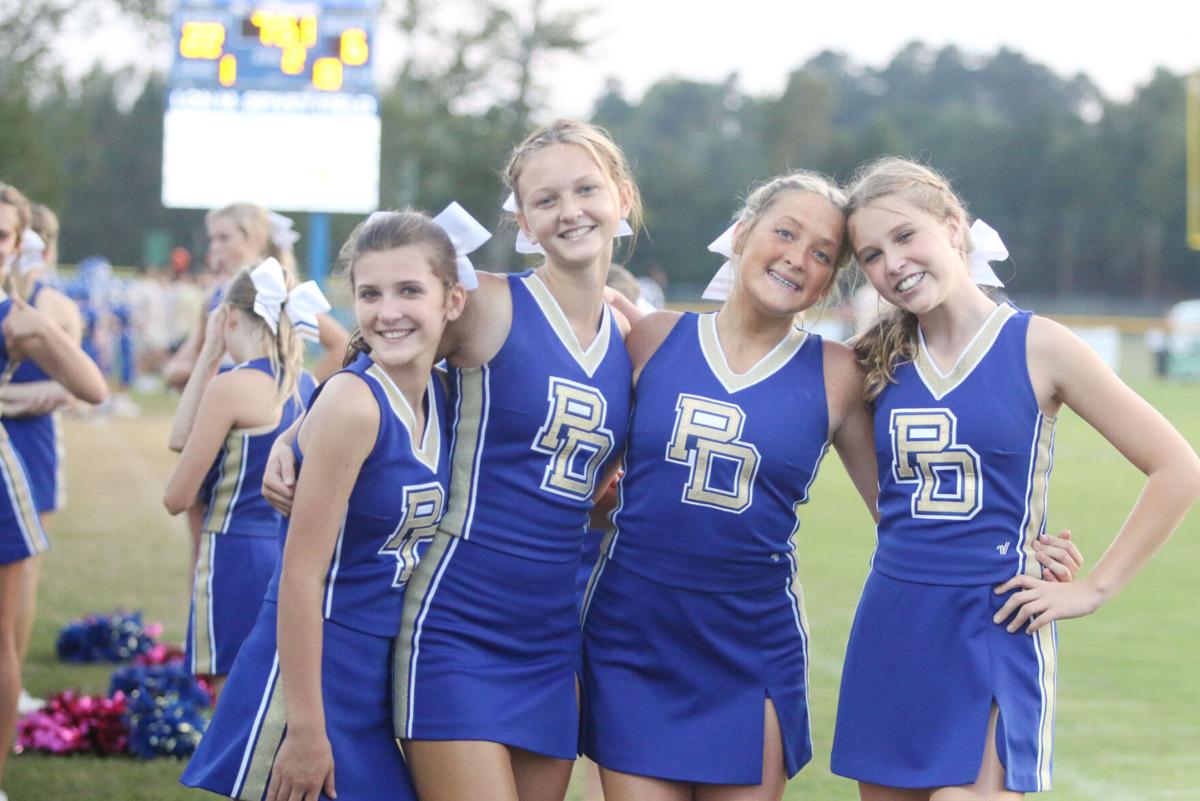 Pee Dee Academy hosted its 2nd Annual Golf Ball Drop during halftime of the junior varsity game against rival Dillon Christian. The Golden Eagles booster club fundraiser included $750 in prizes awarded to students and a 20 percent share of the money raised going to the winner.

Students had the goal of selling at least 10 golf balls each with an assigned number. The golf balls were then collected and dropped from a helicopter onto the field with the ball landing closest to the flag taking home $8,030.

Organizer Kathy Cribbs called it an exciting event that draws a huge crowd.

“It was passed to us an idea and I’ve been running with it,” Cribbs said.

“A lot of what I do are fundraisers for organizations like this as well as flying for photography, land survey, sky diving and charter air tours,” Whitlock said. “I love being part of this and excited to help schools like Pee Dee Academy.”

Head of school Dr. Tracy Holcombe said she was happy to support the event.

“This is a volunteer effort,” Holcombe said. “All of the booster club members put in a lot of time and effort into making something like this happen. That is how this school is able to operate.”

Holcombe said the fundraiser helps the school provide athletic facilities and programs for the students.

Top selling student Tripp Spivey was awarded $250 while $100 prizes were given to students Coleman Kimbrell, Roman Turner, Breigh Holbert and Catherine Ficik for their golf balls being closest to the pin. Walker Drew also received a $100 prize for selling the winning ball.

HARTSVILLE, S.C. -- Former Hartsville star running back Tiyon Evans is leaving the University of Tennessee and entering the transfer portal.

The most popular deer hunting calibers

Forty or 50 years ago, the .30-30 was one of the most-popular deer rifles. Now, with newer calibers providing better ammunition, the world of deer rifles has changed somewhat.

TURBEVILLE, S.C. – The biggest question about Talaysia Cooper this offseason was where the East Clarendon High School standout was going to pl…

CAMDEN, S.C. — Camden jumped to a 13-0 lead and held on to defeat Dillon 13-7 in the 3A lower state championship game on Friday in high school…

FLORENCE, S.C. — The City of Florence will bring all its existing youth baseball leagues under Little League Baseball, beginning in January. P…

Pee Dee Academy Booster Club held its 2nd Annual Golf Ball Drop fundraiser, pouring down more than 4,000 golf balls from a helicopter over the school’s softball field. Organizers and students raised $40,150 for the school’s athletic programs. The golf ball landing closest to the flag resulted in a 20 percent share to the winner.