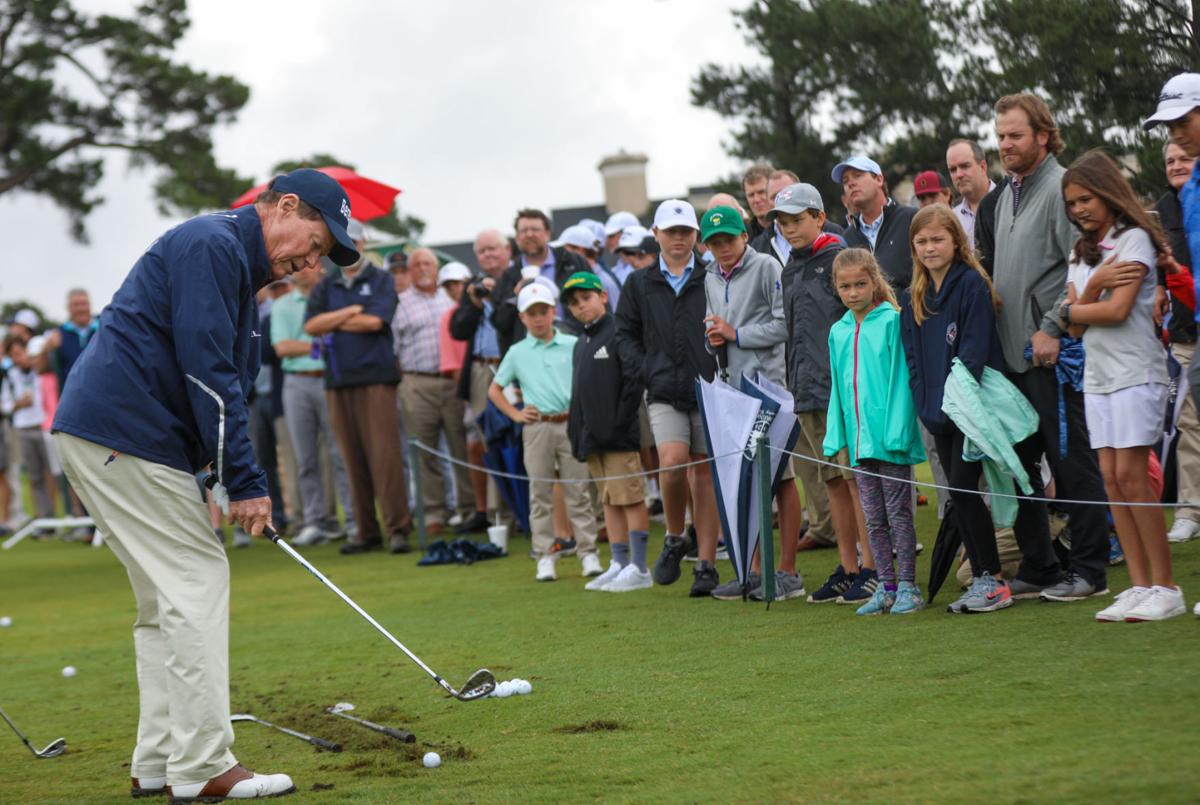 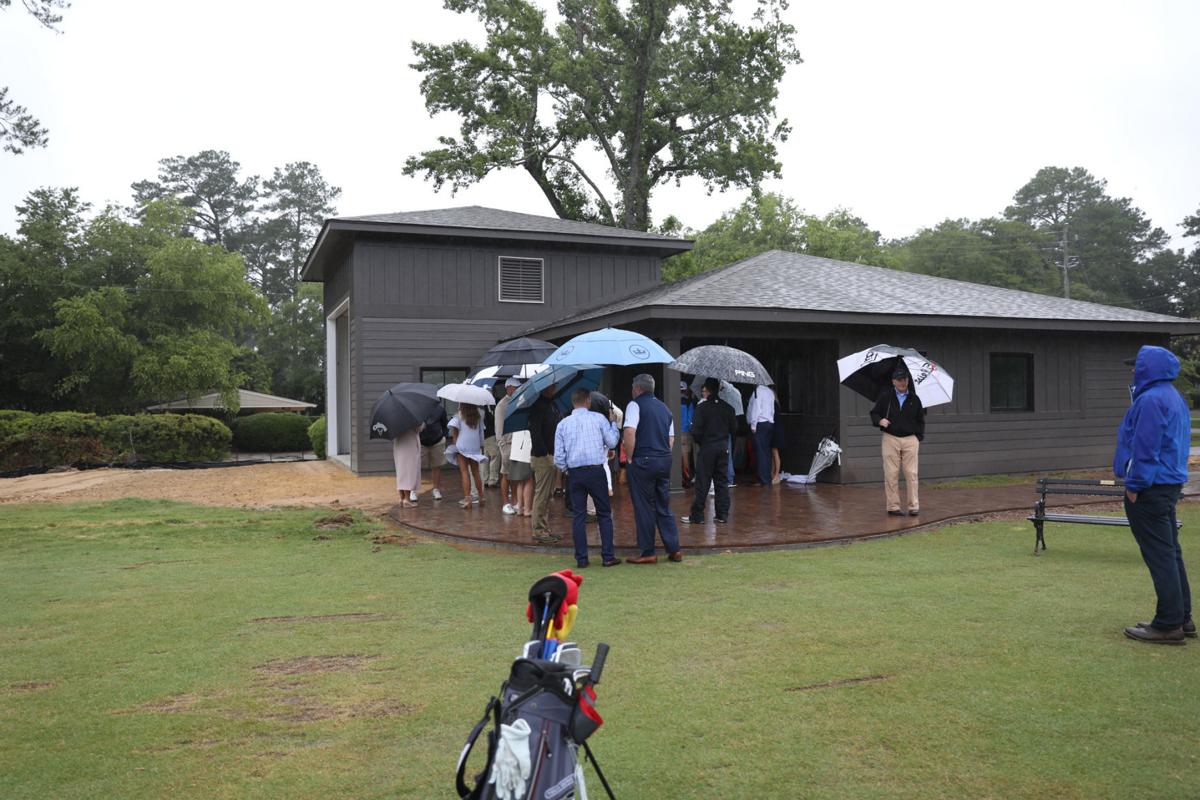 People gather at Florence Country Club's Grant Bennett Teaching Center on Monday after a chipping clinic by eight-time major winner, Tom Watson. The club held its dedication Monday for the center, which plans to open within the next couple of months.

For one thing, this is the week of the 69th annual Grant Bennett Florence Junior Invitational, which is South Carolina’s oldest junior tournament (Wednesday through Friday), held on this very course. Bennett, who died in 2005, was the head golf pro at Florence Country Club from 1951 until ’64. During that time, he mentored one of his players, Buddy Baker, to the 1958 U.S. Junior Championship.

“If it hadn’t have been for Grant doing what he did 50 years ago, I think Florence Country Club would be a very different place today,” said Ben Zeigler, a past chairman of not only this tournament’s committee but also the South Carolina Junior Golf Association.

The Grant Bennett Teaching Center, built thanks to donations from John Orr, Steven McKay and Heyward King, also received help from Tom Watson Golf Course Design. That was headed by eight-time major winner Tom Watson and his partner, Robert Gibbons. They also designed a chipping green, on which Watson gave a clinic Monday.

“Tom has graciously given up his time to this club,” said Zeigler, who also credited FCC President Sonny Slaughter for helping make this possible. “He and (Gibbons) designed that chipping green. And Tom was involved in helping orient this building and position it about a year ago. Tom has had his hands on this project, largely pro bono, for that time.”

The teaching center will have a junior locker room, headquarters for the SCJGA’s Florence chapter and state-of-the-art indoor teaching. In addition, it will have a bay from which golfers can hit out of.

“One of the things about old golf clubs is they never have a practice facility, a facility where you could go to hit golf balls,” said Watson, winner of five British Opens. “It seems like all the new clubs are built with practice facilities in mind. … Practice facilities have been outgrown by the game and also by needs for the clubs.

“People like to practice, get out and like to hit balls,. If they don’t have time to play, they like to at least go hit some balls, get the ball airborne and have some fun at it. The whole idea here was to expand the length of the range, add a nice facility in here, especially when it gets cold and hit balls from within closed areas.”

Count Zeigler as one who is excited about that.

“This will be the central focus for junior golf in the Pee Dee, and we think one of the hot spots for junior golf in the state,” said Zeigler, whose son, Gene, is the Carolinas’ top-ranked boys’ junior. “A lot of people come here to get lessons from (FCC director of instruction and junior golf) Paul Woodbury. I think this has a lot of potential for this to make our programs more effective.”

At the bottom of the plaque honoring Bennett’s legacy, which will be inside the teaching center, it reads, “Whatsoever a man soweth, he shall also reap.”

On Monday, it was right there for everyone to see.

People gather at Florence Country Club's Grant Bennett Teaching Center on Monday after a chipping clinic by eight-time major winner, Tom Watson. The club held its dedication Monday for the center, which plans to open within the next couple of months.